NEW YORK CITY – Below are some of the photographs I took to accompany a Fashion Week Miscellany I wrote for the New York Times. The pictures were taken backstage and during rehearsals at the Jason Wu show on September 7, 2012. It was my first foray into the universe of the shows. 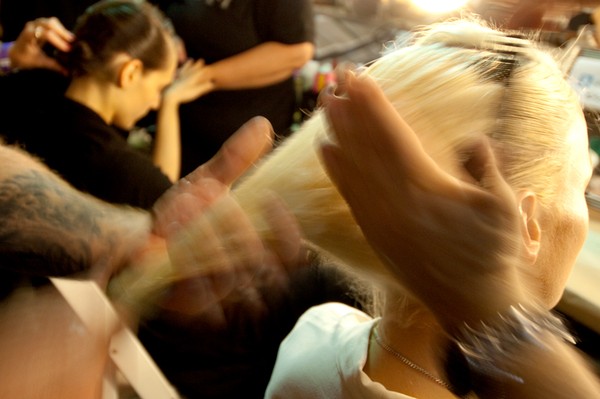 A model has her long, blonde hair plaited and wrapped into the show's signature style. 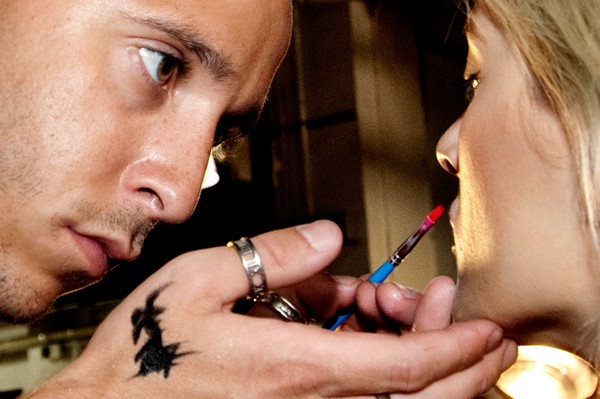 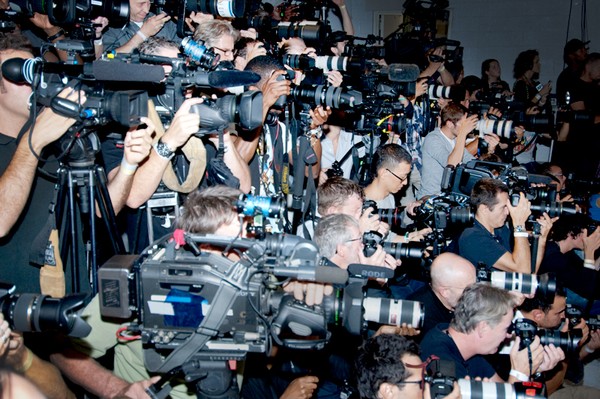 The photographers' pit, facing straight down the runway. 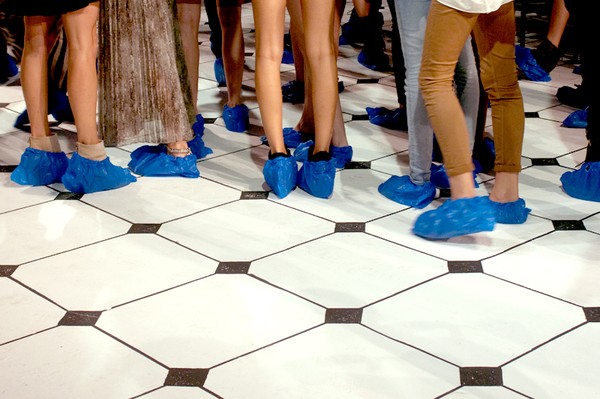 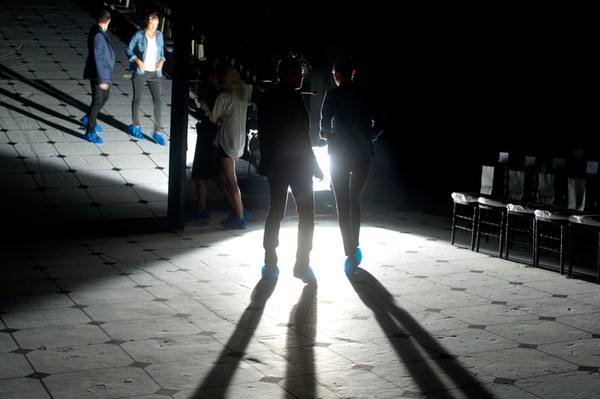 Where Designers Go to Recover from Fashion Week