Here at Fathom HQ, we're spending the week dreaming of places we'd rather be, like a quaint town in the English countryside just three hours from London.

DORSET, England – Okay, fine, so the UK might not be a great alternative to the U.S.A. considering Brexit and all that. But the dreamy English county has been on my mind ever since we featured Dorset-based Adam Partridge in Fathom's 24 Best Travel Instagrammers 2015.

I was immediately enamored by the county's varied landscape — pristine beaches, steep cliffs, miles and miles of rolling pastoral charm. I want to kayak under Durdle Door and take a helicopter ride over Old Harry Rocks. I want to trek to the top of the cobblestoned Gold Hill street on a rainy afternoon and marvel at the view over the lush Blackmore Vale. The geography nerd in me is taken by the region's diverse geology — chalk, stone, clay, and limestone rocks date back to the early Jurassic period. 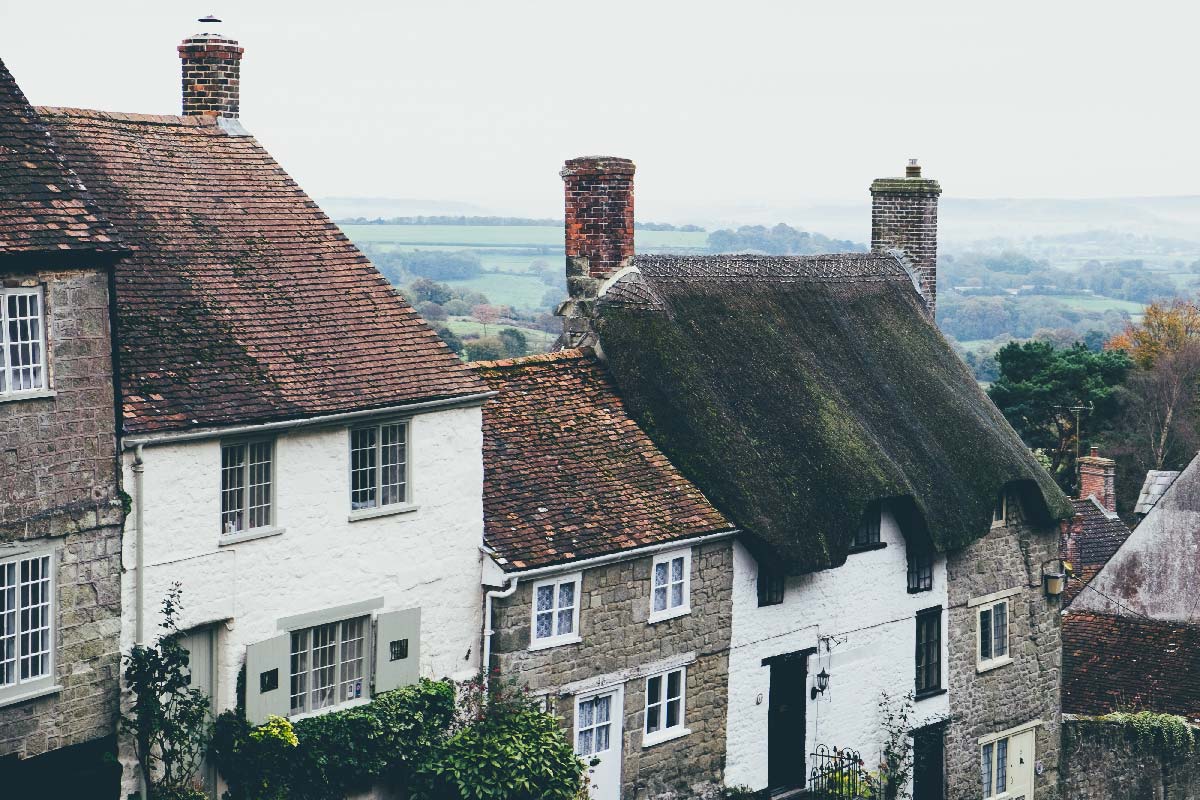 Besides Durdle Door, the view from the top of this steep cobblestone street in Shaftersbury is probably Dorset's most iconic. Overlooking thatched cottages and Blackmore Vale, Gold Hill has been featured in several films, book covers, and one memorable TV advertisement directed by Ridley Scott. Drop by the 14th-century St Peter's Church and the Gold Hill museum for a history on the rural town and a delightfully weird assortment of local history from handmade buttons to fine lacework and a mummified cat. 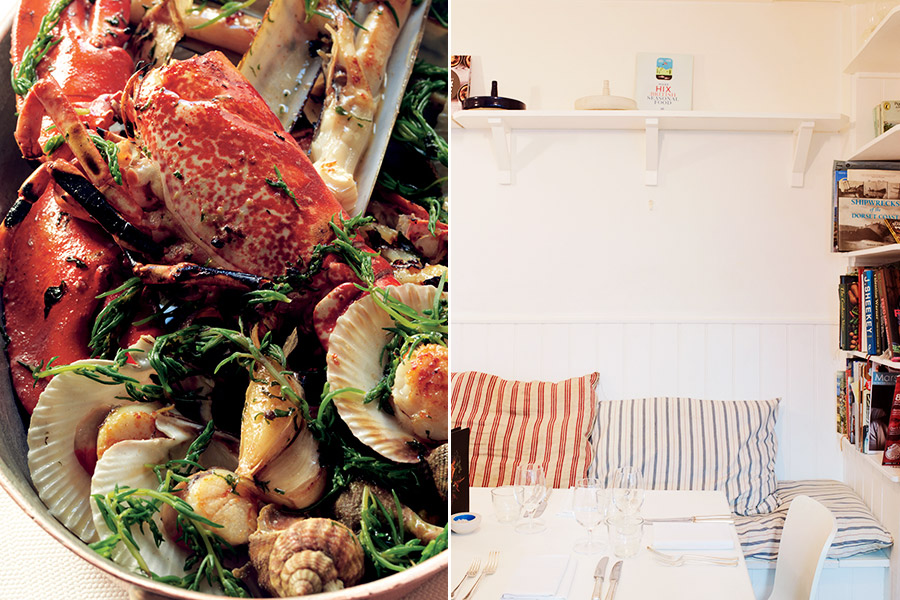 Local boy Mark Hix (his London restaurants are a Fathom Favorite) brings his modern Brit fare closer to home at his Lyme Regis restaurant and first hotel, HIX Townhouse. Apparently one of the area's best restaurants, I'm dreaming of a hearty Indian dinner on his Curry Club Sundays this winter, and planning ahead to hit his annual Food Rocks festival in August. 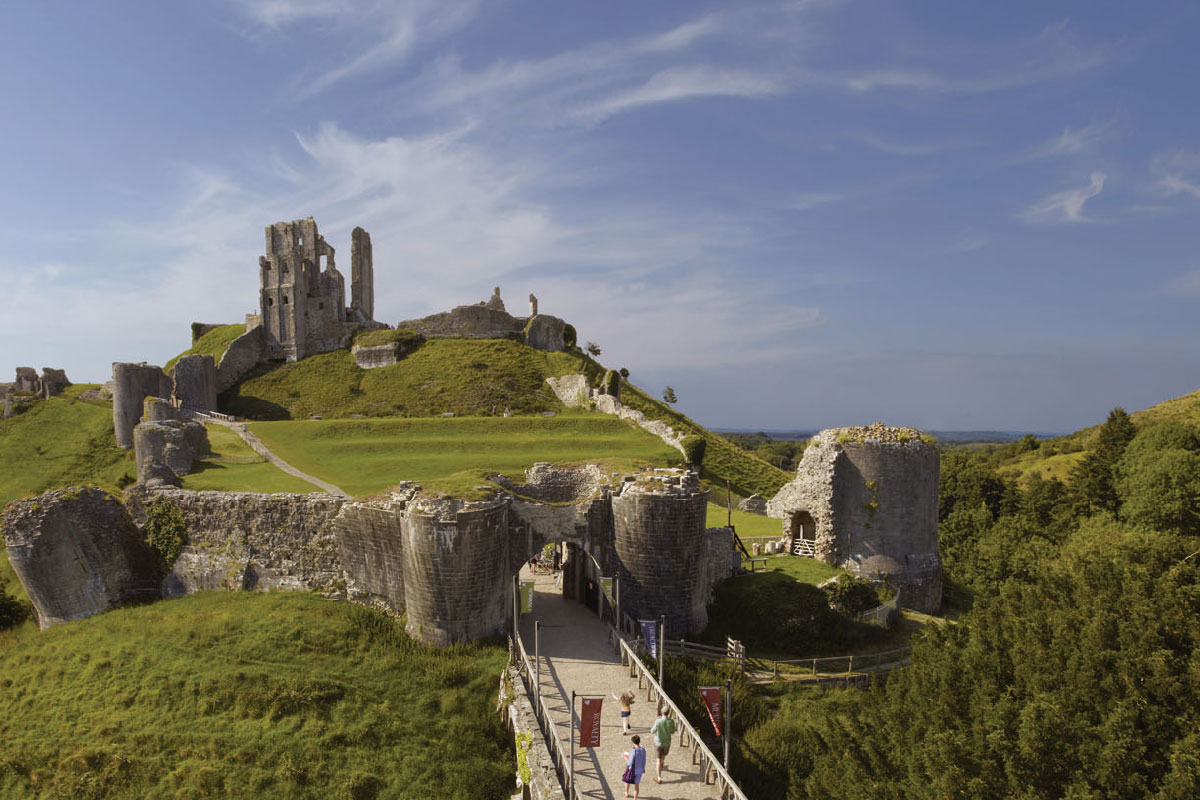 Even in ruins, Corfe Castle makes an imposing presence on top of Purbeck Hills. Built for William the Conqueror's son, King Henry I, in the early 12th century, Corfe Castle is one of England's oldest castles, complete with tumultuous history: The castle survived two sieges (thanks to kickass Lady Mary Bankes) and near-destruction by gunpowder during the 17th-century English Civil War before finally being handed back to the Bankes family in 1660. 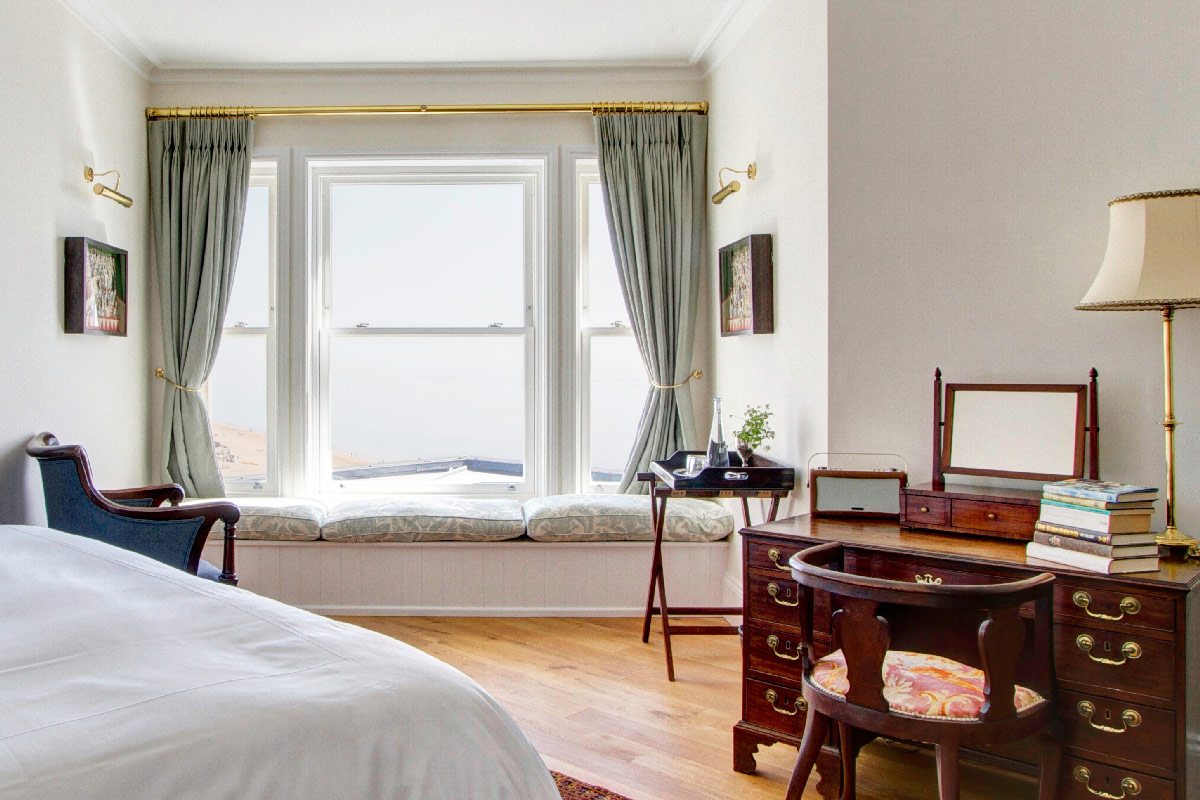 Mary-Lou Sturridge, a former managing director of London's Groucho Club, brings London-chic and the coziest library to the English seaside. Located on a cliff along the UNESCO-world-heritage Jurassic Coast, the Hopper-esque house is filled with an eclectic mix of furniture Sturridge sourced from around the country, salvaged from ships, or restored from her old club. The different styles could've been a mess, but Sturridge somehow managed to pull it all together to create a comfortable, homey space perfectly reflective of the hotel's location. Overlooking Chesil Beach (a popular fishing spot), expect some of the freshest crab and lobsters at the restaurant. Or drop by the famous Hive Café next door for fantastic fish and chips. If the food coma sets in early, retire to one of eight charming bedrooms. 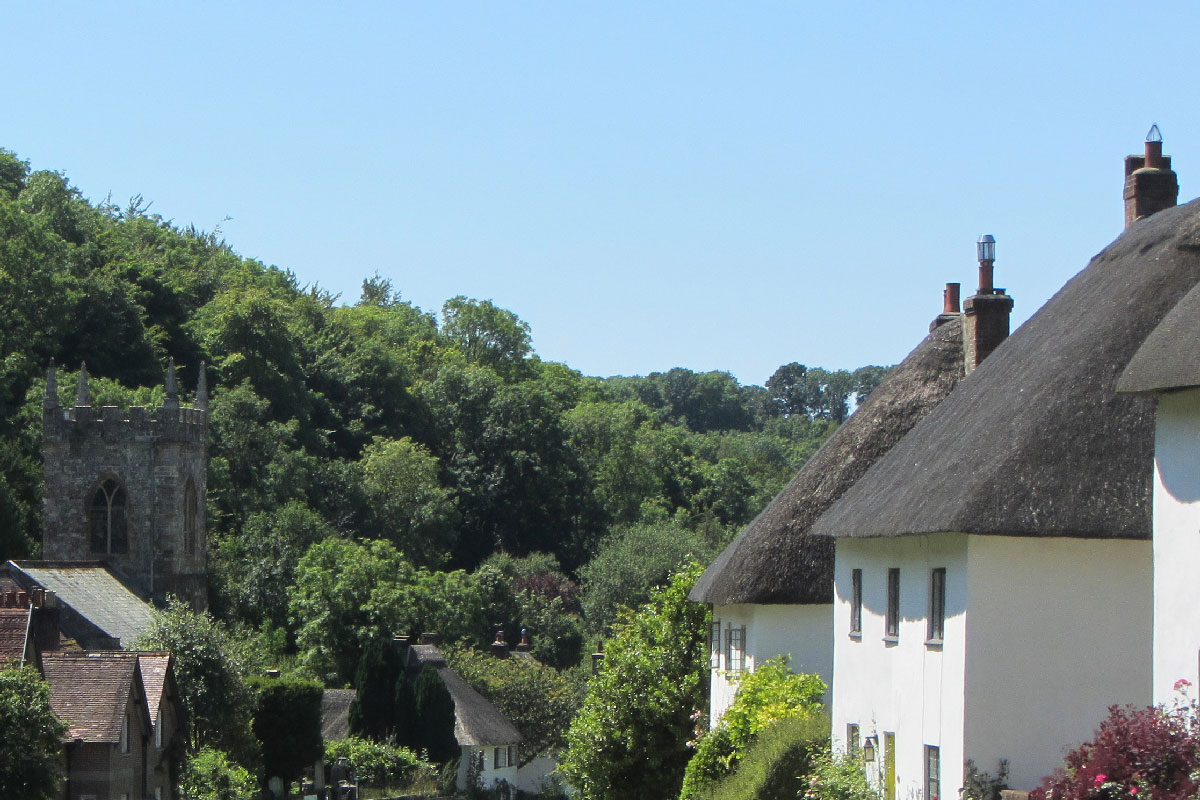 A village with 36 almost identical thatched cottages so perfectly arranged, it looks like something straight out of a childhood storybook. Besides the photo opportunities, the village has been hosting a bi-annual 18th-century street fair since 1973. More than a hundred local craftsmen, entertainers, and shopkeepers — all dressed in period costume — pack the main street to help raise money for local charities.