Richard Bangs, our favorite intrepid philosopher-explorer and tour guide, is going to keep visiting the world's controversial hotspots, and he is not about to let anyone's moral and political objections stand in his way. For very good reasons.

BURMA – When word got out that I was thinking of taking a group to Burma this November, I received this email:

Dear Mr. Bangs: I strongly advise you to drop travel to Burma. The treatment of the Rohingy minority is so appalling that I feel that no one should be visiting that country…

This is not the first cease and desist-style communication I've received about travel to a destination whose politics are at odds with our own. When I received a permit to take a first group of Americans to The People's Republic of China in the mid 1970s, I received calls and letters from angry folks who were aghast that we would consort with the Communists. This was a few years after Nixon's historic visit and the advent of ping-pong diplomacy, but, to some, the idea that we would visit an enemy state as travelers was abhorrent.

I received similar notices during Apartheid in South Africa, when we took a group to Cuba in 1979, when I first visited Iran, and once more when I took a first group of Americans to Gaddafi's Libya.

Probably the biggest barrage of hate mail came when I received a permit to bring a group of Americans to North Korea in 2012. Even friends implored me not to go, arguing that the monies paid to the DPRK government would go to further oppression, and maybe even enhance nuclear armaments. Our tourism dollars might contribute to WWIII. 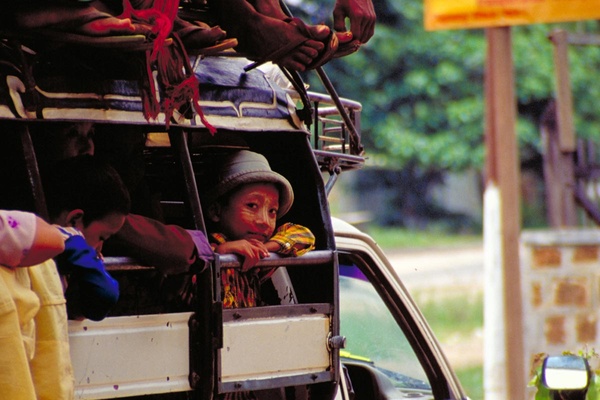 A Burmese taxi in Mandalay. Photo by Didrik Johnck.

In John le Carré's 1990 book, The Secret Pilgrim, George Smiley reflects on the end of the Cold War:

"I never saw policies as much other than excuses for not feeling. It was man who ended the Cold War in case you didn't notice. It wasn't weaponry, or technology, or armies or campaigns. It was just man. Not even Western man either, as it happened, but our sworn enemy in the East, who went into the street, faced the bullets and the batons and said: we've had enough. And the ideologies trailed after these impossible events like condemned prisoners, as ideologies do when they've had their day.”

I don't agree with governmental ideologies and policies of many of the places I've visited. I don't even agree with many US policies, or even policies in my neighborhood. But I don't believe a travel boycott is ever the answer. In fact, I deeply believe travel contributes, often granularly, but ultimately measurably, to the solution, or at least the evolution of consciousness. It is the human correction, and the arming of the oppressed with a larger truth, that empowers people to act.

Without travel and person-to-person encounters, mental walls are erected, and it becomes easier and easier to demonize the other side. They're evil, monsters, not like us, ready to destroy us at first opportunity. But it is more often than not governments — and their ideologies, policies, and leaders — that paint us as different and worthy of ruin. It is the corrupt regimes — not the commuters or mothers and their children — which violate human rights with alacrity and little consequence. In North Korea, for three generations the common folk have been fed a nonstop diet of animus towards Japan, South Korea, and America. Most North Koreans believed what they were served, until recently when evidence that proved otherwise began to leak across the borders through cell phones, thumb-drives, DVDs, and visitors from the West.

When and if North Korea enjoys regime change, it will likely not be because of saber-rattling or brinkmanship, or boycotts or sanctions. It will likely be because the human spirit that thrives everywhere will find the voice, courage, passion, and righteousness to force that change. And, while visits from foreigners will not be the tripwire that sets this off, they will be a contributor. Every human touchpoint is a chip in the wall. Every time I exchanged a smile, a handshake, a gift with a North Korean, I made a connection, a human link, making one another not just an abstract representation, but somebody closer to relative than enemy. In most cases, we don't want to see harm come to our family or friends, or even people we've met, no matter how briefly.

In these suitcases where we travel to despotic regimes, will our tourodollars contribute to a worsening or extending of bad rule? Not likely. About 1500 Western tourists now visit North Korea each year. About $500 of each traveler's fee ends up with the government, so about $750,000, which is peanuts, not enough to buy even a cake of weapons-grade plutonium, let alone build and staff an internment camp. It might, however, pay for a debaucherous evening out with Kim Jong-un and Dennis Rodman. The point is, withholding these monies, insignificant in the scheme, by not visiting will not influence policy or effect meaningful change.

Whatever monies end up in the wrong hands or spent in a way we don't approve, there is the other side of the ledger: the human factor. Everyone touched by a foreign visitor has the chance to see an alternative, to take measure of a friendly, curious face, and to question the status quo. One by one, the drip, drip, drip of humanity wears down the wall. 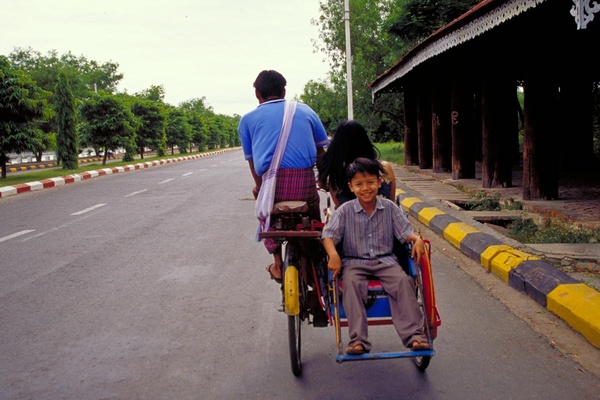 On the road in Burma. Photo by Didrik Johnck.

Western musicians were beseeched to boycott South Africa during Apartheid. Paul Simon ignored that plea, and made beautiful cooperative music that resounded in the ears of the world. Few would disagree that the country is better off today, and that visits by artists, travelers, and others during that dark time made a material difference.

In Christopher J. Koch's novel The Year of Living Dangerously, a Chinese-Australian dwarf, Billy Kwan, is aghast at horrific Indonesian government policies that have impoverished the masses. His response: He decides to help one random prostitute and her child, turning over the bulk of his paycheck each week, with the theory that if we all reach out and influence even one other human being, we are adding to the raindrops, and, at the end of the day, water always beats stone.

In a way, the Arab Spring was a variation on this theme of the benefits of crossing unpleasant borders, a virtual approximation of the human encounter. Employing social media, for the first time thousands of the disenfranchised were able to not only receive unfiltered information from beyond their precincts, but also to participate and send out what they saw, heard, and felt. They grasped their own humanity and power, in numbers never before witnessed, and they engineered change. Flesh-to-flesh visits enable this as well, though fractionally. Still, each time we sit down at a table with someone beyond our ken, we together move the pieces forward, advance the game, and impede the stalemates.

Which brings me back to Burma, one of the most beautiful and culturally rich countries on the planet. Yes, true democratic reform is a long way off, but things have progressed significantly since the borders opened, and a Western-sense of fairness and equality is inching forward. By our going, rather than staying, we help that process, not inhibit it. Just being there affords a heightened awareness —for ourselves and those we meet — of each other's social, cultural, and political history. And thus we discover commonalities, cohesions, and human kindness. 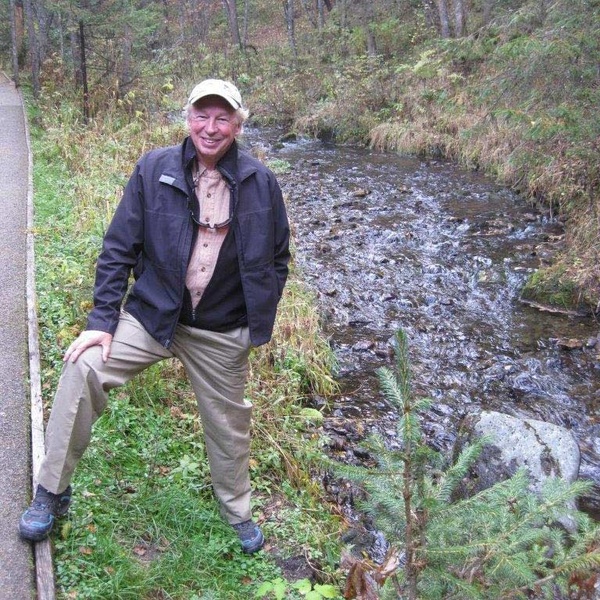 The author, standing by the Sobek River in North Korea. Photo courtesy of Richard Bangs.

Yes, by traveling to Burma we unavoidably contribute in some measure to a bad regime. But monies spent locally go directly to the villagers, helping to increase quality of life, including education and health. We can't travel throughout the whole country and help everyone in this way, but by helping a little, we help build the hill for bigger possibilities. When we stay in a local hotel or eat at a local restaurant, we directly support small businesses. That lifts the economic boat, and when people are able to meet their daily needs, they are more able to work to remove tyranny.

Beyond the transactions and cultural reciprocity, an American visiting Burma can inspire local inhabitants to action. For many Americans, our heritage is built on immigration, fleeing persecution, oppression, and human-engineered environmental disaster. Our ancestors acted, and we and our system of governance, no matter how imperfect, are the result of that action.

But what is equally important is how we, the visitors, are affected and informed by traveling through Burma. When a place is just a distant swath on the map, an intangible and trivial concept, it's easy to dismiss. Why bother? How many people in your community or town know that the Rohingyas are among the most persecuted minorities in the world? Who cares? If you go, you will.

Once visited, a place like Burma and its people become familiar, like a backyard or a family member. There is an emotional connection forged, an acquired understanding, and when there is a call for help, we are more likely to use our resources to act, to raise voices, to open wallets, to spend time, and to reach out. We, too, can make a positive difference. And it all starts by going there.

There are two spots left on the Burma trip. For more info and the trip itinerary, go to Mountain Travel Sobek.

Fathom has a whole Burma Guide