Sheela Prakash spent a few days in the Baltic town of Gdansk, a city best explored with an empty stomach and good walking shoes. She runs us through the best spots to take in Gothic charm, chow down on rich, hearty food, and walk the quaint ins and outs.

GDANSK, Poland – As a master's student at the University of Gastronomic Sciences in Northern Italy, I am lucky enough to not only eat my way through Italy, but also to bite into other parts of Europe on the study trips (or "stages," as we UNISG students call them) that are required as part of our coursework. A few months ago, I traveled to Gdansk with a few classmates to dive into their food history, landscape, and culture. What I found was a city that was not only breathtaking but delicious.

If you've had the chance to visit other parts of Poland and think you have a pretty good grasp on the country, you're wrong. Gdansk is unlike any other part of the country, with a charm all its own. Located in the north of the country, along the Baltic Sea, it was here in 1939 that the first shots of World World II were fired. The war left the city in complete ruins. It took years to rebuild the historic old city.

Today, Gdansk continues to be the most important port in Poland and is a thriving destination for tourism. Together with neighboring resort towns Sopot and Gdynia, the area is known as the Polish Riveria. Old Town Gdansk is a mess of winding cobbling stone streets and stunning facades located around the main square, Długi Targ ("the Long Market"). Tuck into these little streets to admire the unique mix of Dutch Renaissance and Gothic styles before meandering along the boardwalk on the Motława River, which runs along the old town. 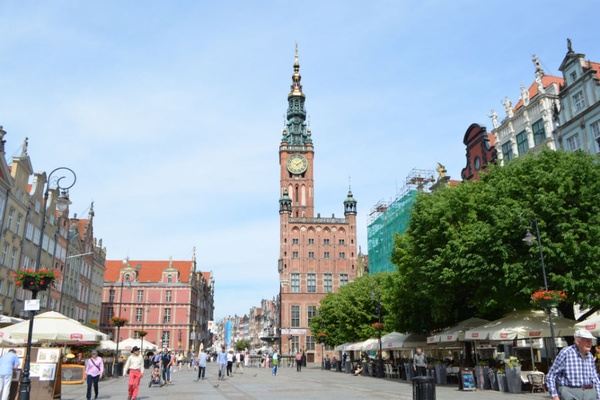 Eye-catching everything in the Old Town center. Photo: Sheela Prakash.

Get your day started at Gdansk's Market Hall (Plac Dominikański). Open every morning (except Sunday) at 9 a.m., the historic market built on the site of a Dominican monastery is notable for its wrought-iron, 19th-century railway station architecture. Head downstairs, pass the tacky clothing vendors, and you'll be rewarded with stall after stall of Polish treats: Traditional baked goods like pączki (donuts typically filled with fruit jam or sweet cheese) and salty snacks like kabanosy (thin, dry-smoked sausage) and oscypek (smoked and salted sheep milk cheese). Just outside Market Hall is the produce market, where local fruits and vegetables are sold on the cheap. 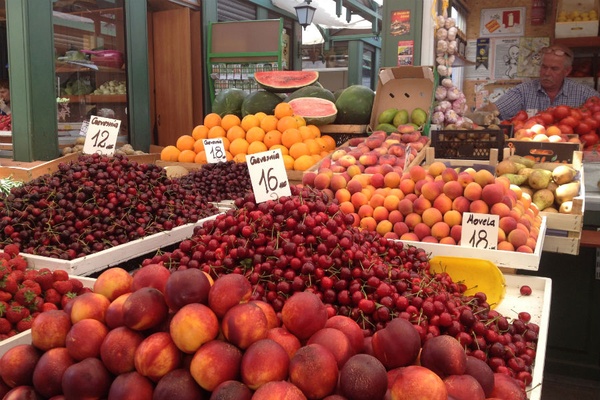 GET A BIRD'S EYE VIEW

St. Mary's Church, or in Polish, Bazylika Mariacka, is the largest brick church in the world. Construction began in 1379 and was completed in 1502. For five em>zloty (about $1.50) you can climb the 405 steep steps to the top of the church's tower. The view of the city is breathtaking.

Step back in time at Bar Mleczny Turystyczny, a traditional milk bar. Milk bars originated as government-funded cafeterias, common during Communist-era Poland to provide simple, filling food, much of it based on milk products, for poor workers. Today they are back in vogue and you can find at least one milk bar in every major Polish city. Traditional items such as breaded pork cutlets, cucumber salad, and pierogi are served in generous portions, and lunch won't set you back more than fifteen zloty ($5.00). 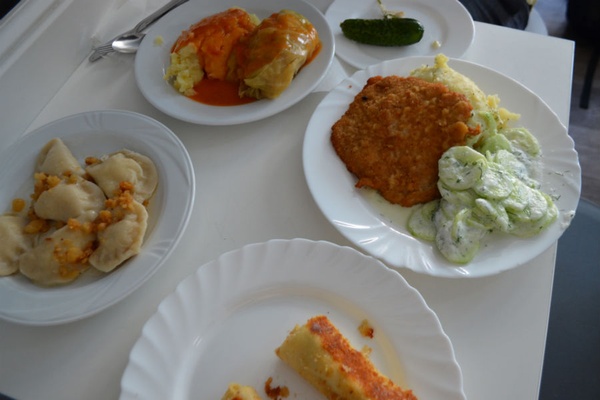 Ulica Mariacka is easily the most charming street in all of old town Gdansk, with its cobblestone pavement and beautiful terraced townhouses. Gdansk is known for amber gemstone production, which is sourced from the nearby Baltic Sea, and this street, which is known for the small amber jewelry shops and workshops that line the way, is the best and most reliable place to shop. 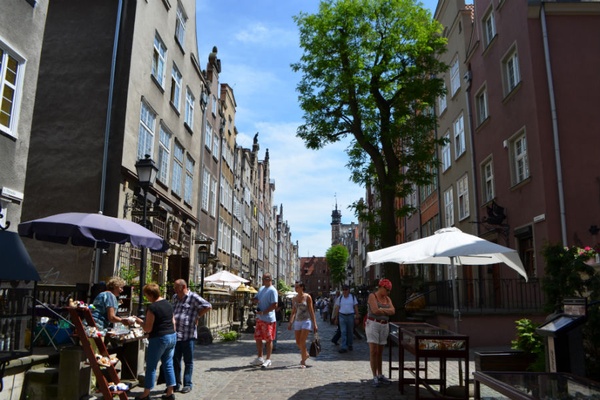 A look down Amber Street.

Medieval Malbork Castle is a short ride from the city. The well-preserved Germanic brick fortress, built by Teutonic Knights, is a UNESCO World Heritage Site, and is the largest castle in the world.

Get a taste of New Polish cuisine at Metamorfoza, the restaurant that's putting Gdansk on the culinary map with high-end, creative cuisine that embraces seasonality along with Polish heritage in a gourmet way. Owner Justyna Zdunek is passionate about sourcing the best ingredients she can find from local producers she knows and trusts. There's a seven-course tasting menu (200 zloty or USD $65) and an a la carte option. The menu highlights the best flavors of the region with dishes like wild boar ham with black current jam and parsley. Beet cooler soup with raw rhubarb is a fresh take on the classic cold borsht found all over Poland. 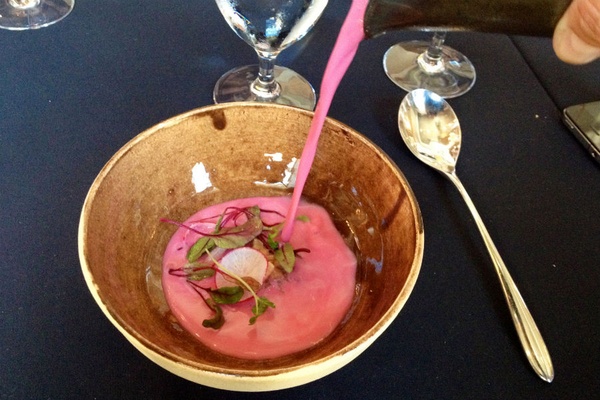 A unique take on borscht.

DRINK AND BE MERRY

You can't talk about Poland without talking about beer. Try a few light, dark, and wheat beers at Brovarnia, the beer hall located in the swanky Hotel Gdansk that's considered one of the best microbreweries in the country.

AND SO TO BED

Occupying a set of antique homes, the 26-room Holland House Residence is smack-dab in the center of Old Town. Hanza Hotel on the river has killer harborside views. 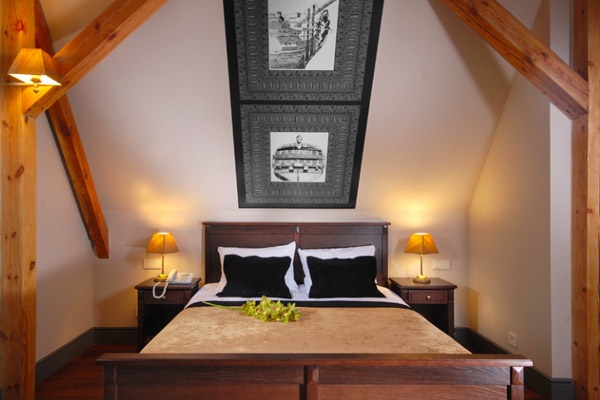 FLY: Gdansk Lech Wałęsa International Airport (GDN) is about nine miles outside the city. Direct flights run domestically from Krakow and Warsaw and internationally from Munich, Copenhagen, Rome, and Glasgow, among other major European cities on low-cost European airlines such as Wizz Air, Ryan Air, and LOT.

HOW TO GET AROUND

Old Town Gdansk is traffic restricted, so your best way to get around is by foot. Główny station is the main train station for the city and is the easiest way to leave the city.

Summer is by far the best time of year to travel to Gdansk, though late-spring and early fall are also sunny and mild. Winters tend to be cold, cloudy, and damp. Because the city is located right along the Baltic Sea, rain showers can occur anytime of the year.

Tipping ten to fifteen percent in restaurants, bars, and taxis is the norm throughout Poland.

See all the locations mentioned in this story (Google Maps).