LONDON – "A perfect martini should be made by filling a glass with gin then waving it in the general direction of Italy," Noël Coward, that famous British wit, once said.

Quotes about gin, the fact that I like gin martinis, and a vague understanding about the botanicals that go into gin were the only things I really knew about the spirit until a friend asked if I wanted to help launch their new London Dry gin, Portobello Road Gin, in the U.S. market. As a dedicated researcher (and an even more devoted drinker), I immediately dove into the world of gin — its storied past, the complex legalities of gin-making, and the qualities that make each one unique. It became clear that if I really want to understand gin, I needed to head to the London — to take a spirited journey, if you will — to the town where the spirit found its place in history. 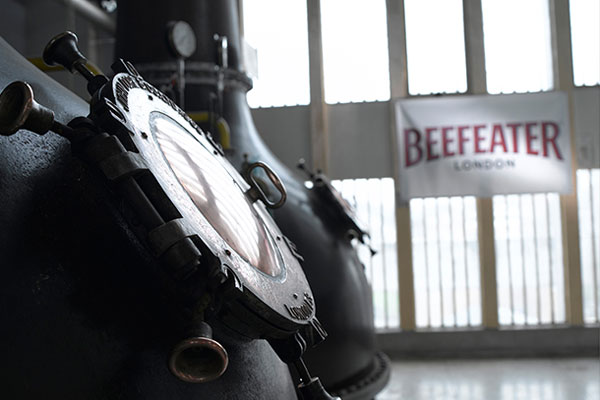 GIN: A SHOT OF HISTORY

Late 1600s
King William III and Queen Mary II ascend to throne of England. William, who is Dutch, introduces gin, the juniper-derived spirit invented in Holland, to the English. Grateful Brits have since deemed their reign "the Glorious Revolution."

Early 1700s
Welcome to the Gin Craze! Thousands of gin shops pop up around London, many using poor quality grain to make their hooch. Gin, which costs less than other spirits, quickly becomes a favorite of the poor and is almost as quickly blamed for the many social problems plaguing London at the time.

Excessive gin consumption leads to higher death rates, which, for better or for worse, stabilizes a quickly growing population.

The Gin Act of 1736 levies a high tax on gin. Riots in the streets ensue.

The army of the British East India Company, while getting acclimated to life in tropical climates, discovers quinine as an anti-malarial cure. Quinine dissolved in a carbonated water becomes known as tonic water. Some clever soldier makes another discovery: Gin added to tonic water masks the bitter taste of quinine. And thus the gin and tonic is born. To keep us healthy.

Now that you have your talking points in order, it's time to start drinking.

London Gin Club
Let's start with options. Lots of options, at a Soho bar that serves more than 130 of the best gins in the world. Come thirsty: The gin cocktail menu is extensive and staff that will answer your every gin questions. Book a table before you go.

Beefeater Distillery
Talk about time-tested and true: Beefeater's London Dry Gin recipe has remained unchanged since the 1800s. Just about a year ago, Beefeater, London's oldest gin distillery, opened The Home of Gin, an interactive tour about the history of London gin. Guests can smell, touch, and taste the botanicals in the bold, full-bodied gin inspired by the Yeoman Warders who guard the Tower of London and are known as "Beefeaters." 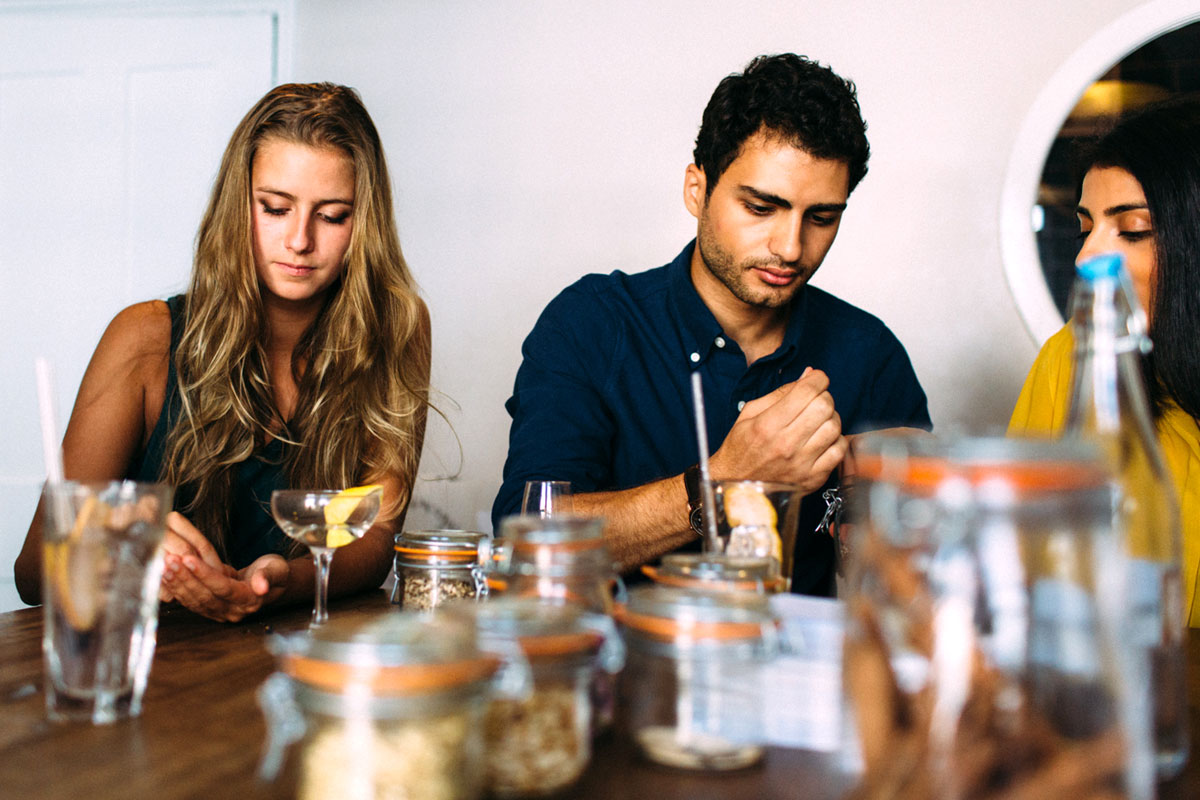 The Ginstitute
Did you know that more classic cocktails are made with gin than with any other spirit? That's only one of the things you'll learn from ginmasters Jake Burger and Tom Coates, creators of Portobello Road Gin (the fastest-growing gin in the UK), owners of Portobello Star Bar in Notting Hill, and, in full disclosure, the clients who started my gin quest. For the past three years, they've been educating the world about gin through The Ginstitute, which occupies two floors above the bar and has been designated the second smallest museum in London for its collection of unique gin memorabilia from around the globe. You can learn to make gin using the 40 botanicals they have on-site. Once you create your own gin recipe, it's kept on file so it can be re-created and shipped off any time you want another tipple. When you're finished, head to the beautiful bar downstairs to taste the competition.

The Gin Journey
Shake, Rattle and Stir was founded by an "award-winning, knowledge-thirsty ex-bartender." On the Gin Journey, groups no larger than twenty are chauffeured on evening tour of five cocktail bars and a working gin distillery. Guest sample different gins and cocktails throughout the night.

214 Bermondsey
The exposed brick hideaway tucked underneath Antico restaurant in up-and-coming Bermondsey is one of the best places to get your gin on. There are more than 50 varieties, many available in flights if you want small tastes of a few. They make their own tonic, which is not only delicious but also glows in the low light. (No, you're not seeing things. Yes, it really does.) (See? Your hangover isn't that bad.) (Yet.) 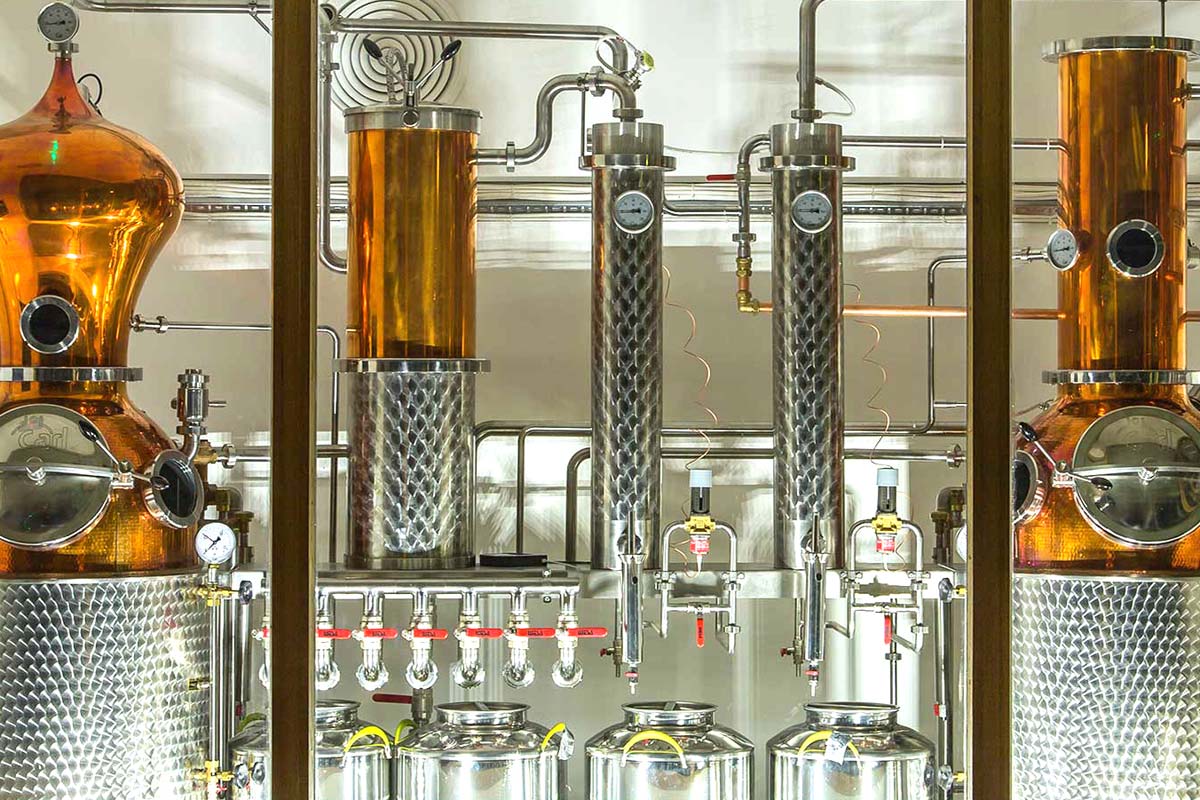 Behind the scenes. Photo courtesy of City of London Distillery.

City of London Distillery Bar
If 50 gins aren't enough, head to a bar that distills its own and stocks over 175 other gins from the UK and around the globe. Repeat visitors can join COLD's Connoisseurs' Collective: For £50 annually, you'll get half off food bills, and ten percent off total bills every Monday, and complimentary pours from time to time.

Plymouth Gin Distillery
A three-hour drive south of London in the quaint seaside town of Devon, the distillery dates back to the 1400s and was formerly a monastery of the Black Friars. Today, guests can tour the beautiful and history-rich halls of the distillery and make their own gin. Fun fact #1: In 1620, the Pilgrim fathers spent their last night in England here. They walked from the distillery to the harbor and onto the Mayflower for their epic voyage to the place in southern Massachusetts they named New Plymouth. Fun fact #2: In 1904, the first ever recipe for a dry martini, published in Stuart's Fancy Drinks and How to Mix Them, specified Plymouth as the gin to use.