You've experienced the onslaught of cultural/historical/gastronomical awesomeness that is Rome. Now what? Fathom Italy contributor Erica Firpo has an idea: Explore the frescoes, Ferraris, and big-deal balsamics of Emilia Romagna in one busy weekend.

EMILIA ROMAGNA, Italy – This is going to sound crazy, but sometimes I forget how amazing Italy is. Living in Rome, it's hard to think that anything better (food, art, history) exists outside the Eternal City; all I need is a few hours in the car (or on a train), and I have a whole new world to explore. This time, a four-and-a-half-hour drive through Emilia Romagna (with a touch of Lombardia) means full immersion in Italy's breadbasket, the land of incredible treasures — from balsamic vinegar and Parmigiano Reggiano to Mannerist frescoes and Ferraris. 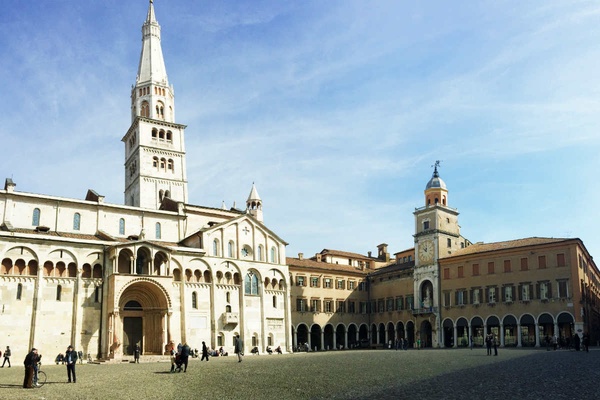 The historic center of Modena's 12th-century cathedral is a UNESCO world heritage site. My idea of fun is walking to the top of the tower for an incredible view of the city and looking down at the ancient Via Emilia, a Roman road that splits the city in half. 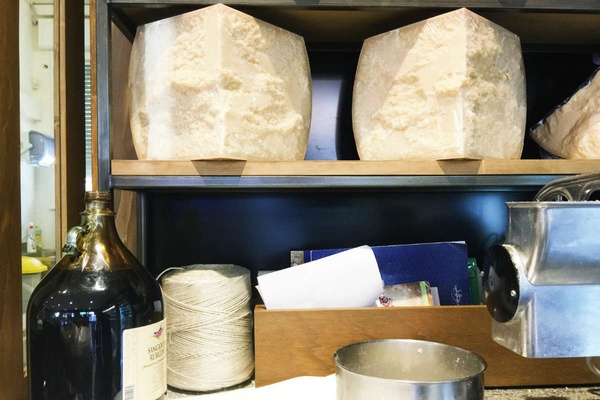 Parmigiano Reggiano and balsamico are just two of the treasures of the Emilia Romagna region. Balsamic vinegar is more than a big deal here, it's an heirloom. The balsamic in the jug (pictured) is 35 years old. 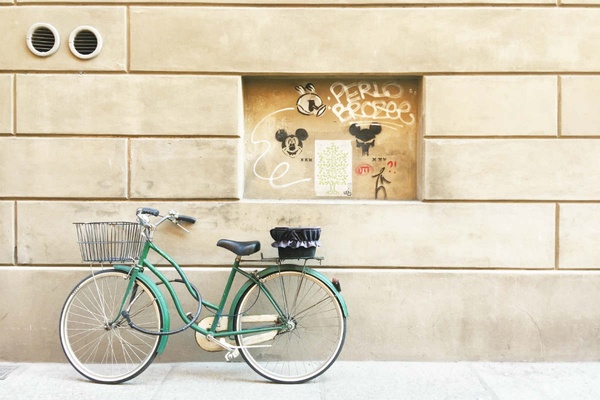 Modena is all about cycling. Totally flat without a lot of traffic, it's the perfect city for a bike ride, except when it's foggy. Be on the look out for work by street artist StellaConfuse. 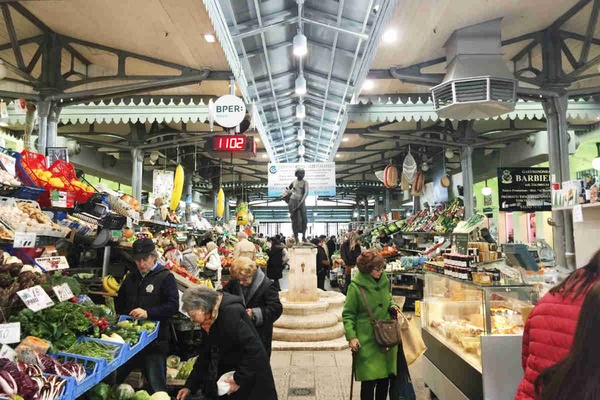 Mercato Albinelli. This is it, my kind of hang out, Modena's community scene, the city's covered market and an Italian landmark. If you're watching, you may catch super chef Massimo Bottura at the vegetable stalls. 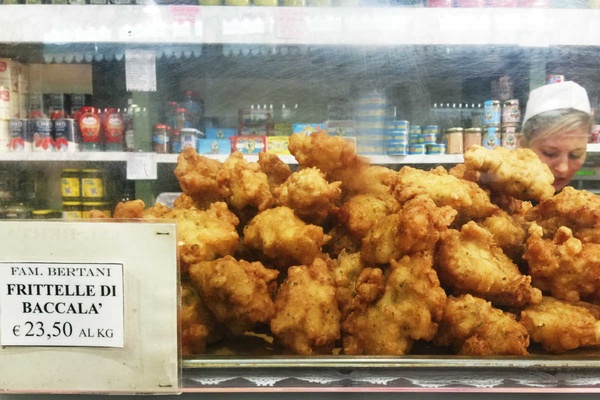 I didn't want to believe Modena's frittelle di bacalà was any better than the ones I get in Rome, but the incredible use of rosemary and garlic makes a clear winner. 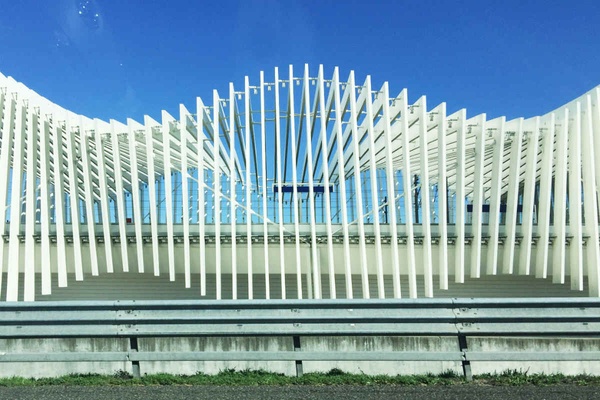 On the road to Parma: Super-architect Santiago Calatrava's undulating Reggio Emilia high-speed train station. As you're zooming past it, the structure unfurls like a white wave. 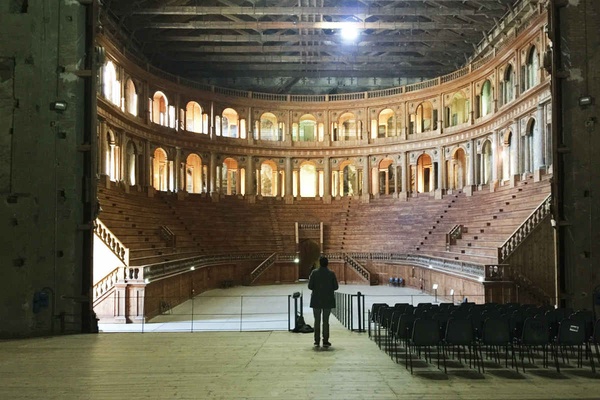 This is the view from behind the scenes of Parma's Teatro Farnese, originally built in 1618. It was almost completely destroyed during the Second World War and was rebuilt in 1962. 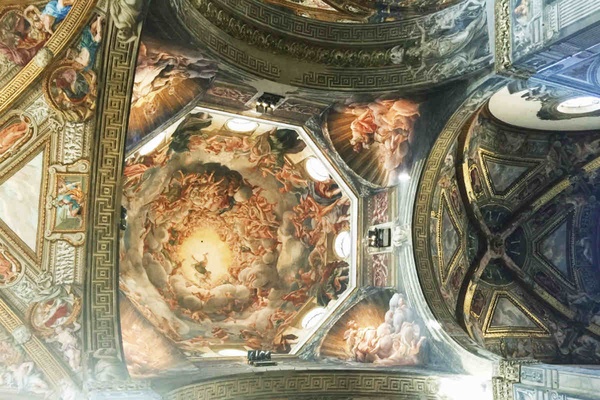 Look up! We caught a quick glimpse of Antonio Correggio's Assumption of the Virgin (1525) on the dome of Parma's cathedral. 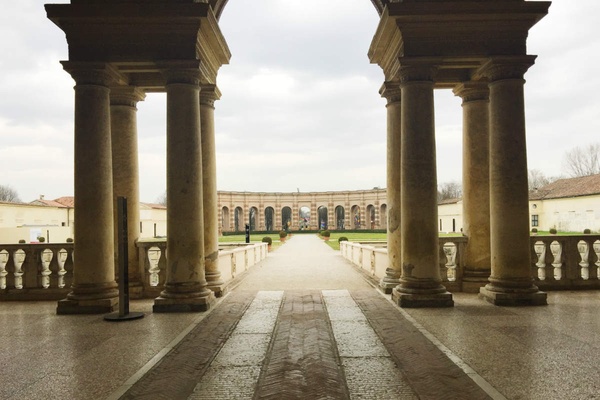 We took a quick detour to Mantova (in Lombardia), something I've always wanted to do, and headed right to the Palazzo del Tè, perhaps the most complete example of livable Mannerism. This is thanks to Giulio Romano, circa 1532. 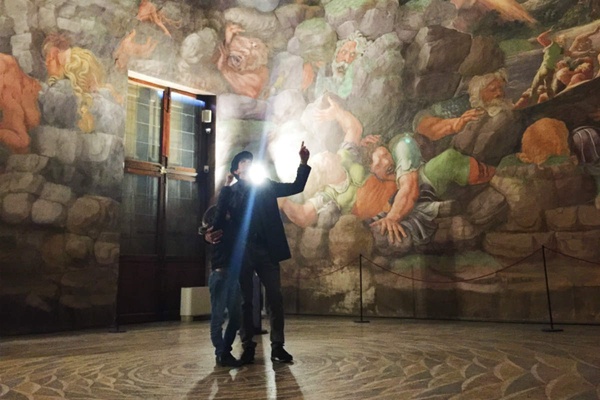 More giants! This time, Sala dei Giganti by Raphael's best pupil, Giulio Romano. My husband got caught up identifying the story (bascially: giants wreaking havoc); I got caught up in the very best examples of Mannerism. 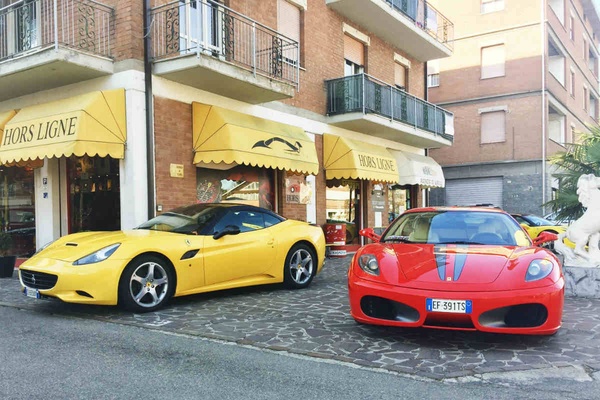 Back to Modena. The city's cultural heritage extends to the Ferrari. True aficionados know to pitstop in nearby Maranello for a glimpse of Californias, Specialists, Spiders, and Berlinettas revving up for the day on every corner. 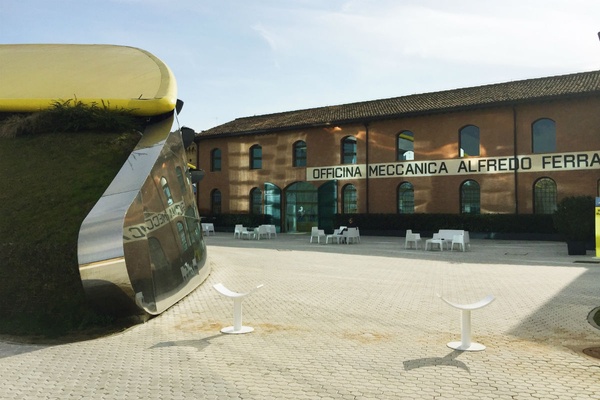 For a Ferrari lesson, the only place you need to know about is Modena's Museo Enzo Ferrari, a futuristic, aerodynamic hangar, and Alfredo Ferrari's original workplace. 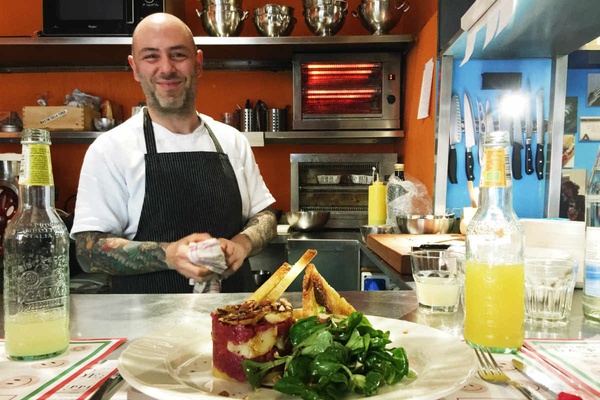 When it was time to go, we refueled at Da Panino, a small sandwich joint around the corner from the world's number one restaurant, Osteria Francescana. It's helmed by Francescana sommelier Beppe Palmieri. We grabbed a baccalà and potato sandwich for the ride back home.