Balancing kid-friendly fancies with mature tastes is the key to any tantrum-free family getaway. Fathom contributing editor Christina Ohly tackled the task with her daughter during a weekend in Chicago. Here's what she did.

CHICAGO – It had easily been ten years since my last non-work trip to Chicago, and with a short weekend window presenting itself, my eleven-year-old daughter Kate and I decided to head to the Windy City for hefty doses of architecture, culture, relaxation, great food, and visits with friends. The manageable city on the shores of Lake Michigan didn't disappoint, and we came away feeling relaxed, rejuvenated, and extremely well fed.

DAY ONE: THE LOOP, THE MAGNIFICENT MILE, AND MORE

With less than 36 hours, we hit the ground running and went straight for Millennium Park for the famed Anish Kapoor sculpture Cloud Gate, which locals refer to as "The Bean." The beautiful, mirrored droplet inspired by liquid mercury is wonderful for all ages and reflects the surrounding skyline and architecture to dazzling effect. A twelve-foot high arch beneath the piece makes for fun explorating. We could easily have spent half the day exploring Millennium Park's Crown Fountain, Lurie Garden, and the Frank Gehry-designed BP Bridge.

But we were off to Art Institute of Chicago to marvel at the permanent collections. We stopped for lunch in the Renzo Piano-designed wing at Terzo Piano — a minimalist, pure white space with a menu of mezzes, flatbreads, and creative salads. Perfect museum fare. Well fed, we went back down Michigan Avenue, stopping at various Walgreen's along the way. Yes, really. The concept of the "drugstore" takes on a whole new meaning in Chicago, and at select branches (like the one in the iconic Wrigley Building), we found fresh sushi (complete with on-site chef!), pricey liquor, and treasures that made for one-stop shopping in a gilt-trimmed setting. 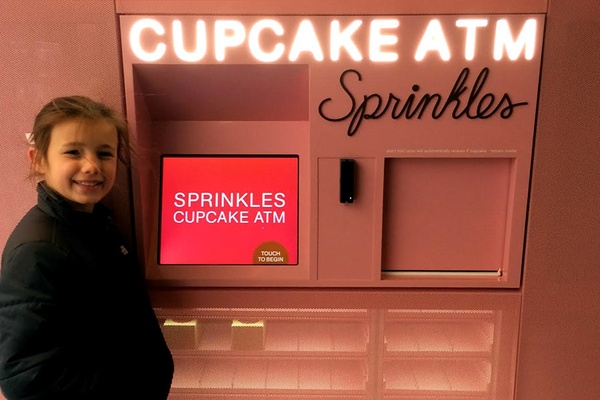 Smiles for the cupcake experience. 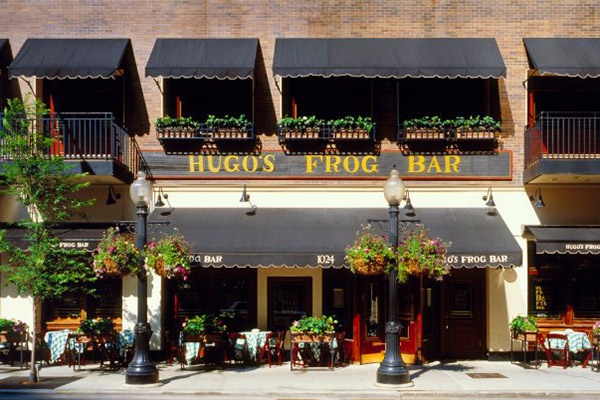 The restaurant, and its portions, are massive. Photo courtesy of Hugo's Frog Bar.

After we took the obligatory photos on the Chicago River bridge, we pushed on to the shopping area that typifies the area they call "Gold Coast" for good reason. Magnificent Mile is packed with big-ticket designer boutiques (Prada, Gucci, Hermes), and the adjoining streets have more accessible spots like Sprinkles Cupcakes on East Walton Street. For the uninitiated, this is a confectionary concept that features a cupcake ATM that is restocked 24 hours a day with a variety of insanely sweet treats for people. And dogs, too. This was, by far, the highlight of Chicago, as far as Kate was concerned.

After a lot of walking, eating, and drinking (we found coffee and tea shops on virtually every corner, which was a nice way to combat Chicago's notorious chill), we went back to The Peninsula Hotel to relax in the spa. I'm not usually one for massages and treatments, but I'd heard wonderful things about their Bamboo Harmonizer massage and decided to give it a whirl. The treatment is designed to suck away negative energy and stimulate the flow of positive qi energy. (Yes, please!) It was the most thoroughly relaxing 90 minutes I've ever experienced. Maybe it was the combination of warm bamboo rods being rolled all over my tired legs and feet or the gentle clacking sound of the wood, but I fell asleep hard and awoke completely reinvigorated. Do carve out time for this one.

After prying ourselves from the hotel, we went to Bistronomic, a bustling bistro just around the corner, for dinner. Our was a multi-generational group, and everyone found something on the menu. Ddelicious terrines of tuna tartare, garlicky escargot, and crispy duck confit — all French classics infused with modern flair. A huge Baked Alaska (keeping it old-school) made for the perfect ending to a memorable meal and a packed day. 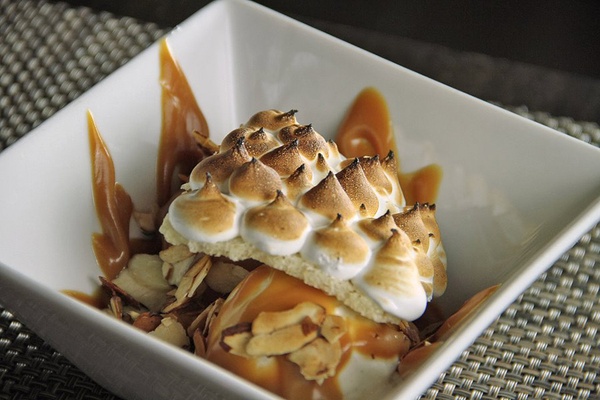 Another winner in the big food category is Pancake House, a downtown breakfast staple that serves excellent omelets in a traditional, diner ambience. From here, we went to Museum of Contemporary Art to see the exhibit "David Bowie Is." While this may not be the most kid-friendly content (what with all the coke spoons, sex, and colorful language), the highly interactive show features music, film footage, and outlandish costumes, including Ziggy Stardust bodysuits and Alexander McQueen coats. This was the show's only North American stop, and it was so worth a detour. (Lady Gaga wouldn't be Gaga without the influence of Bowie.) MCA's well-stocked gift shop sells everything from Union Jack throws and pillows to Andromeda iPhone covers to "Let's Dance" earrings. 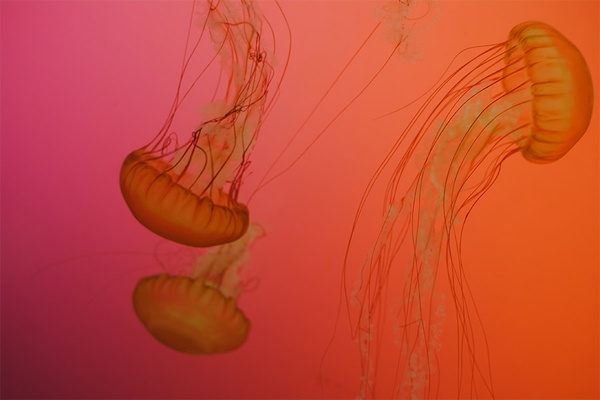 After circling back to the hotel to pick up our complimentary Mini Cooper (this can be arranged in advance and was second only to Sprinkles Cupcakes in my daughter's "cool" view), we headed to Shedd Aquarium on the other side of town. As it's one of the largest aquariums in the world, you'll want to plan your visit in advance. I highly recommend the technicolor "Jellies" exhibit (on view until January 2015) because those amorphous creatures are pretty entrancing.

In the name of research, we stopped by Foodlife in Water Tower Place, a place that takes the food court concept to an entirely new level. Foodlife is a collection of casual dining concepts within one main, bustling space. Separate kitchens turn out excellent, fresh food that ranges from sushi and inventive salads to signature Chicago deep-dish pizza. Dedicated dessert areas serving custom-made crepes were the culinary highlight for the younger members of our entourage. And if I'm being honest, this is my favorite way to eat too — a bit of this, a bit of that. 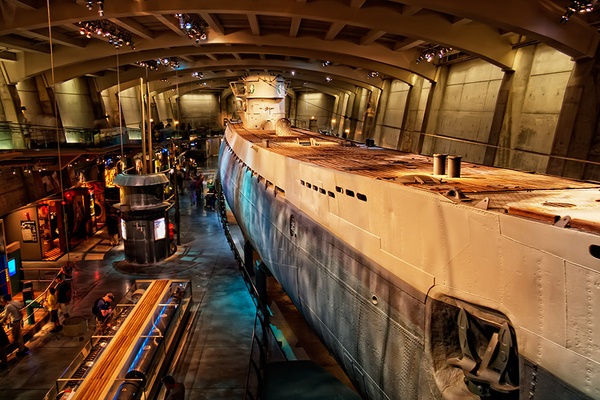 Step inside a captured German U-boat. Photo by Abadonmi01 / Flickr.

If time or weather had allowed, I would have taken a Chicago Architecture Foundation River Cruise because it's the best way to learn about the city's rich architectural history. My next trip will also include a stop at Museum of Science and Industry to see its U-505 German submarine from World War II, Omnimax Theatre, and mirror mazes.

Our last stop, Gibson's Bar & Steakhouse, didn't disappoint for early dinner. This is exactly the kind of food and atmosphere I expect from Chicago: enormous steaks, wedge salads loaded with bacon and blue cheese, and Bookbinder's soup in a warm, wood-paneled setting. The completely unpretentious meal was the perfect end to our whirlwind weekend. We made our way to the airport feeling sated in every way. 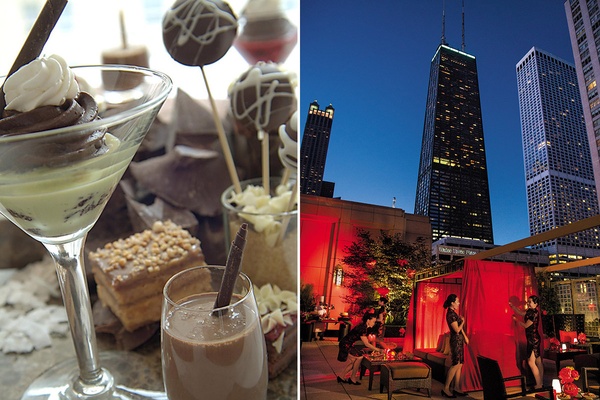 The chocolate bar and the Shanghai Terrace. Photos courtesy of Peninsula Hotel.

The Peninsula in the heart of downtown Chicago tops my list. This particular outpost just gets kids/tweens/teens. We were greeted at 9 p.m. by a dessert bar in the main dining room that was Willy Wonka-esque in every way. Vats of candies, make-your-own sundae bars, a waffle station, and chocolate bon-bons all made for the perfect, warm Midwest welcome.

Our spacious room was no less impressive, with its Fili D'oro linens, endless amenities (stuffed animals, Oscar de La Renta creams, fresh fruit platters), and sweeping views of Water Tower Park and the lake in the distance. Highlights included a sprawling swimming pool — complete with glorious, twenty-foot windows and plush robes — a Zen spa, and Shanghai Terrace, the hotel's dim sum hotspot that's long on shrimp dumplings and has a red lacquer vibe. Add in a small skating rink that's open during the winter months, and this spot is pretty much kid nirvana.

Just down the street you'll find the relatively new Thompson Hotel, a Tara Bernerd-designed gem that features lots of warm wood, modernist light fixtures, and living walls at every turn. In-house restaurant Nico Osteria is worth a stop for lunch or dinner and serves some of the best crudo and housemade taglioni — not to mention biscotti and maple gelati — that I've tasted anywhere (Italy included).

Also worth mentioning: Park Hyatt, Ritz Carlton Chicago (now managed by Four Seasons), and a new Waldorf Astoria that offers spacious rooms and suites, many of which are specifically designed to accommodate families. All of these hotels are perfectly positioned for exploring the stylish Gold Coast area, nearby Michigan Avenue, and the many great restaurants located within a five-block radius.

The numerous flight options in and out of Chicago O'Hare International Airport (ORD) make traveling with kids and changing plans at a moment's notice (my forte) easy and manageable. While Chicago is a United Airlines hub, I recommend American Airlines for Terminal 3's food offerings alone. Celebrated chef Rick Bayless' Tortas Frontera — an incredible restaurant specializing in warm, open-faced sandwiches of smoked bacon and tres queso — makes a long layover almost worth it.

Chicago, One Neighborhood at a Time
Chicago: How to Eat Like a Local
Two Bars, One Big Appetite