Fathom pal and design maven Kelsey Keith drops in on Panama City to check out what's bringing the city back in fashion.

PANAMA – Now that Tulum is what it is (beautiful, laidback, not terribly far from New York City airports, and therefore overrun with hip city folk looking for a stress-free getaway), would-be vacationers are fixated on finding the next Riviera Maya. Panama is being floated as just that.

It's a five-hour direct flight from New York City to Panama City, a home base from which to explore a handful of beach locales and the inland jungle. Don't forgo the charms of Panama City's Casco Viejo though: It looks like a mix between Havana and New Orleans and is experiencing a real-time resurgence centered around American Trade Hotel, a new hotel run by the Ace Hotel group in partnership with the local real estate development firm Conservatorio. Casco, which is where Panama City was centered following the sack of the original town in 1671 by English pirate Henry Morgan, was declared a UNESCO World Heritage site in 1997.

Reserve at least two days to wander around Casco Viejo. At night, it looks like an abandoned movie set: hulking shells of dilapidated buildings, looming cathedrals, and a battery around the tip of the southeastern peninsula. You should be fine wandering around the area (in fact, there's an awfully present police presence thanks to the demilitarized national police force), along Avenue A, Avenue Central, and Avenue B. But stick to the eastern side of Calle 11 Este; it quickly turns into a warren of streets that aren't especially tourist-friendly.

The food scene can be hit or miss, but one delicacy attracts locals, tourists, even el Presidente Obama: fresh ceviche. Hit Mercado del Marisco, right on Panama Bay at the border between Casco Viejo and the newer city, where ten or so vendors sell cups of fish, shrimp, and octopus ceviche. Plus crackers and beer. A whole meal for two costs roughly ten US dollars, and the people watching is unparalleled. 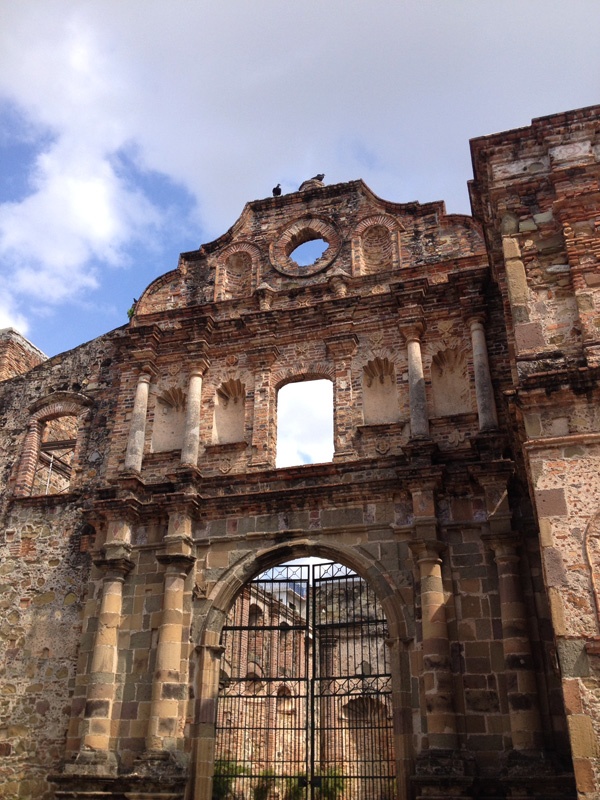 A church in Casco Viejo. Photo by Kelsey Keith. 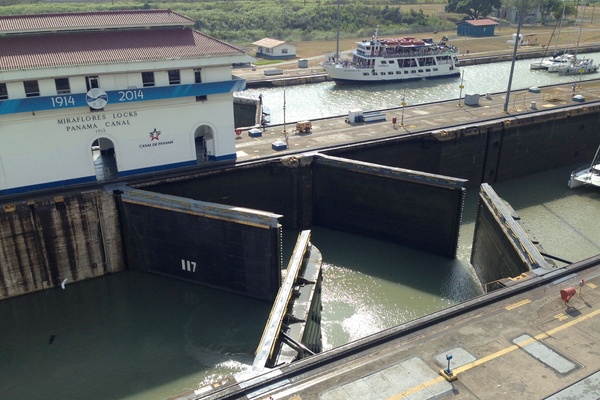 Danilo's Jazz Club at American Trade Hotel
This is the hot new spot in town. Local legend Danilo Perez, who teaches at Berkeley and also owns a jazz school across Plaza Herrera from the American Trade Hotel, works with the hotel to program residencies and events in this dark, moody, and devastatingly sexy club.

Biomuseo
Frank Gehry's bombastic museum of biodiversity opens to the public on October 2, 2014. Whether or not you enjoy the Crayola box exterior, it's an important opening. The Smithsonian has had a research base in the Panama Canal Zone studying tropical biology since the early 20th century, and it's still a hotspot for scientists exploring terrestrial and marine wildlife.

Panama Canal
You came all this way, so you sort of have to. And if you don't want to, this video of pure travel Zen  is what you're missing:

Paseo de Las Bóvedas
A sea wall that wraps around the southeastern peninsula overlooking the Pacific. Slightly less scenic view owing to a controversial highway that was built to bypass local traffic in the Casco, but you can promenade during the day while persuing Kuna-made crafts. 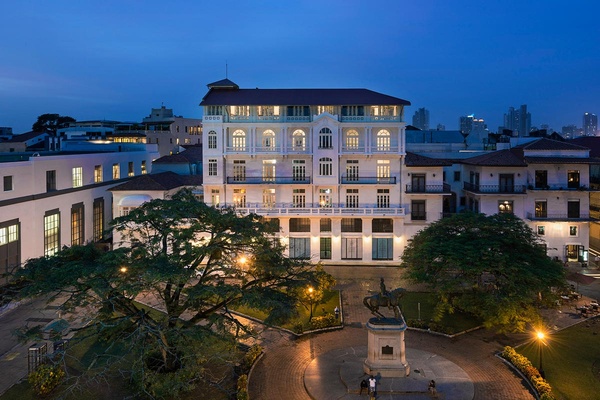 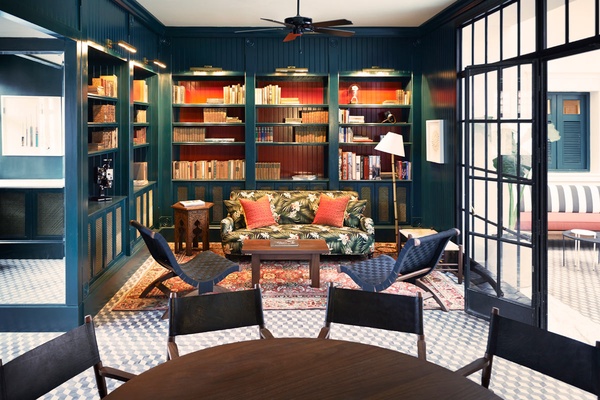 American Trade Hotel
A grand, colonial building that used to house a department store before squatters and gang members took it over has been refurbished by the local Conservatorio group and is now run by Ace Hotel. The interior design is by Commune, who are also responsible for the look of Ace's new outpost in downtown Los Angeles. Think leather sling chairs, potted plants, fiber art, and rich wood.

Las Clementinas
A 1930s-era building with six apartment-size chambers that are equipped with kitchens.

The Canal House
A sister property to Las Clementinas that's available for long-term rentals. (This was Daniel Craig's crash pad during the filming of Quantum of Solace.) 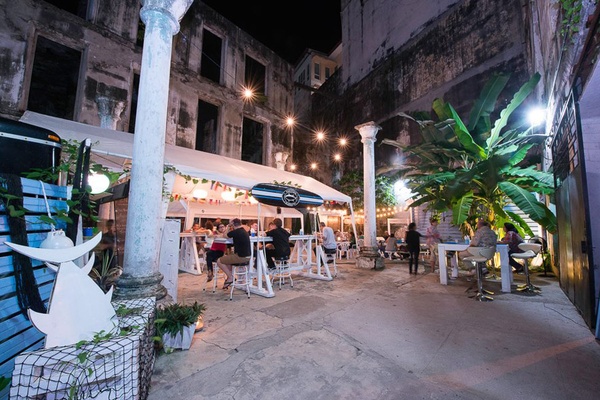 It all started with a food truck. Photo courtesy of The Fish Market. 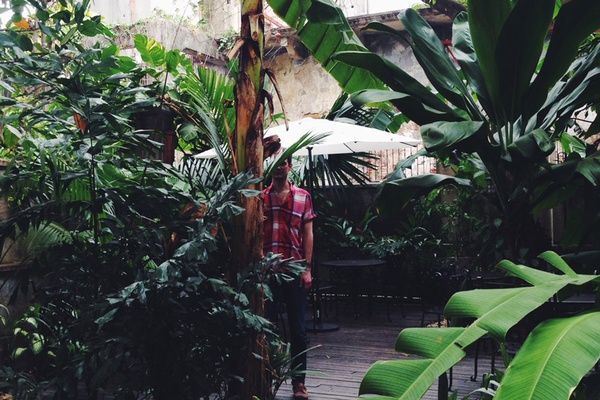 WHERE TO EAT AND DRINK

The Fish Market
In 2013, some enterprising British expats opened this food truck in the shell of one of Casco Viejo's picturesque rundown colonial buildings.

Veggie Moon
On the fancier side for Casco Viejo, but nothing surprising. A great fix for fresh vegetarian dishes and seafood.

Manolo Caracol
The prix fixe menu with wine doesn't come cheap, but you're getting the absolute best treatment for fresh fish, meat, and vegetables in Casco Viejo. This one is best for Spanish speakers (or travelers in the company of one), though it's just as good if you're surprised by the dishes that change daily.

Restaurant at Las Clementinas
Picture yourself in a John Le Carré novel, dining out after a day of intrigue and an outfit change into a crisp linen shirt. The dining room isn't at all stuffy, the food is reliable, and you can escape to the palm tree garden for a breath of air (or an illicit conversation).

Mojitos sin Mojitos
Unmarked during the day, this outdoor bar, formally known as Los Baños Publicos (it used to be a public bathroom but now looks like someone's garage), serves beer and barbecued meats at night. It's located catty-corner from the American Trade Hotel across Plaza Hererra. 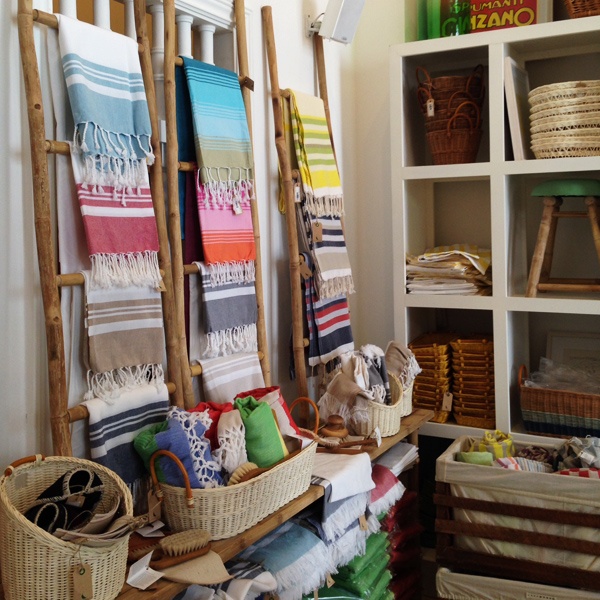 The loot at Casa Mondo. Photo by Kelsey Keith.

Papiro y Yo
Accessories made from recycled paper.

The hotels will try to call private drivers to take you to the airport or inland to the Canal. They'll speak perfect English, and you can hire them for a few hours at a time, but keep in mind that a typical yellow cab ride in Panama City will cost less than $5.

A tour around Lake Gatun is a far drive up a dirt road, and then lots of boating around with the promise of spotting wildlife. Though you might spot a few monkeys and birds, it's not quite the nature reserve you might be led to believe. The man-made lake was carved out during the creation of the Panama Canal, pushing indigenous tribes into a few small corners. Your guide may take you to the one main village left, which feels more exploitative than beneficial. 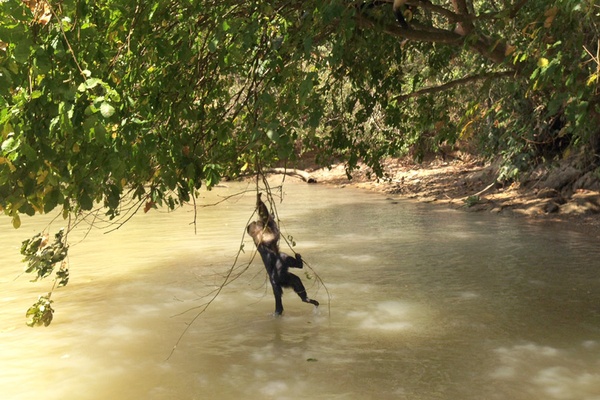 Copa, an affiliate of Continental, flies direct to Panama City's Tocumen International Airport (PTY). It takes some time to get through customs. Taxi cabs aren't marked or metered. Instead, when you get out of the airport, men in white shirts ask if you need a taxi and then lead you out under an overpass to a jammed parking lot. This is all totally legit, so don't fret. A cab to Casco Viejo will run about $30.

See above. Local taxis are incredibly cheap. You can also hire English-speaking drivers at any hotel, though you'll pay for the convenience. You can get out of town from the regional Albrook airport (PAC) on the west side of the city near the canal (this is how you'd take a puddle jumper to Pedasi, San Blas islands, Boquas del Toro, or Boqueta). Right next door, adjacent to a massive shopping mall, is the Albrook bus terminal.

Dry season is December to April, and February is pretty perfect: blue skies, low humidity, and hot (temperature averages in the 80s and 90s).

Panama City is used to tourists and businessmen, so you won't be out of place in whatever you'd usually pack for a tropical climate. If you're planning a side trip to Boquete, up in the jungle around the volcanos, you'll want to pack a jacket or fleece. It gets chilly at night.

The Tailor of Panama, by John Le Carré.
Quantum of Solace (Daniel Craig filmed the Bond flick here.)
The Path Between The Sea: The Creation of the Panama Canal, 1870-1914; by David McCullough. Written before the U.S. ceded control of the canal back to Panama
The Canal Builders: Making America's Empire at the Panama Canal, by Julie Greene

I love Stephen Drucker's wonderful account of Panama City and the Casco from Travel + Leisure.

Just Back From: Panama
The World's Most Romantic Hotels: Central America
An Overnight Hike on the Osa Peninsula, Costa Rica