After hitting up the tapas bars in Barcelona, Karina Correa — photographer, filmmaker, and owner of NYC tapas bar BIKINIS — expanded her culinary travels to the epicenter of the Spanish culinary world, San Sebastián. The find: A Fuego Negro, an old-school tasca with a modern twist. She let the camera roll during her interview with the chef.

SAN SEBASTIÁN, Spain – I always hear people raving about Basque cuisine. I lived in Spain many years ago and visited the Basque region for the jazz festival but I did not spend as much time eating as I should have. This winter, while traveling the world to eat well, San Sebastián was at the top of my list.

Basque cuisine is the cradle of the Spanish culinary world. San Sebastian or Donostia, as it's called here, is where tapas are perfected and the pintxos are to die for. There are more Michelin stars here than in any other city per capita, aside from Kyoto. 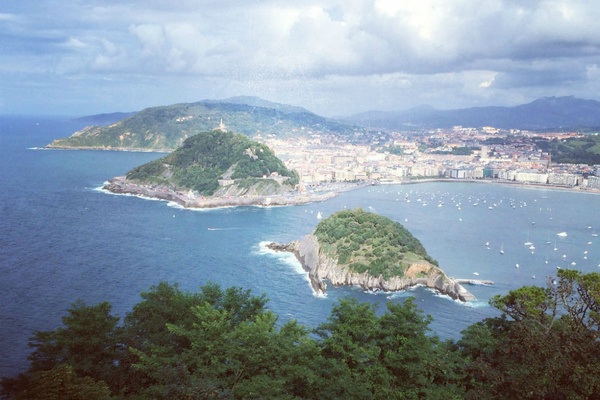 A mountain view of the Spanish city. 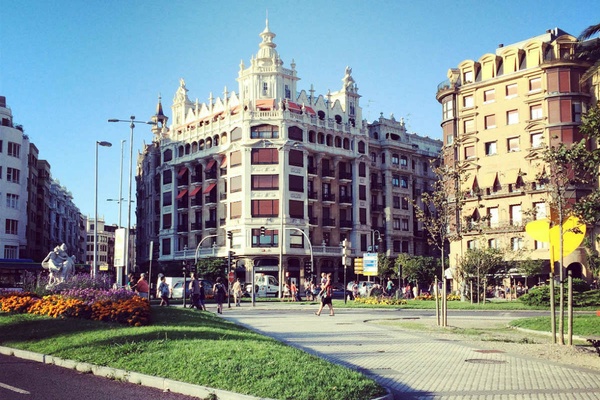 I wanted to eat at a restaurant that followed the time-honored principles of the tasca, traditional tapas bar, and felt fresh and contemporary. Friends pointed me toward A Fuego Negro, a small spot that reinterprets classics and adds a modern kick to every presentation.

Chef Edorta Lamo and his sister Amaia García de Albizu took over an old-school tasca back in 2006 and converted it into a hip place where plating is taken to new, creative, and sometimes kitschy heights, and where chef can often be found DJing. I took a look around with my camera, had more than a few tastes, and managed to nab an interview with the chef.

A Fuego Negro's Edorta Lamo shares his path to culinary success, his everyday inspirations, and his innovative take on Donostian cuisine. To turn on subtitles, press the "cc" icon on the right side of the player.