What's old is new again in NYC, as the city's favorite restaurateurs (Keith McNally, Bobby Flay, Daniel Humm) are behind the best new openings. New kids, watch your back.

NEW YORK CITY – New York is a restless town. Always hungry for the new, always eager for fresh talent. The food scene is no exception, and in recent years, the city's insatiable appetite has been fed by novelties: the food trucks, the pop-ups, the out-of-towners.

But lately, the source of the culinary bounty has not been the new kids on the blocks but rather the established chefs and restaurateurs who are opening the next chapters of their rich culinary careers. In other words, great new New York restaurants from old New York talents. 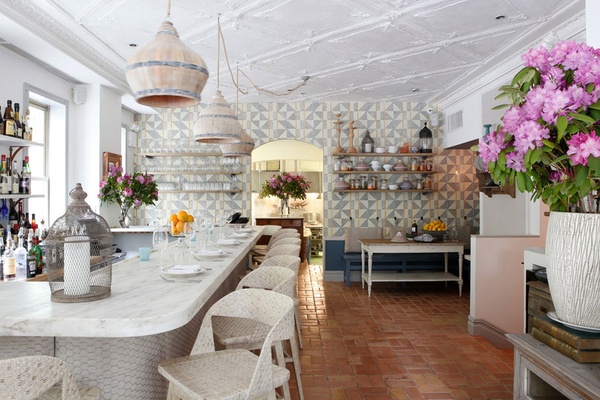 The bar at Claudette. Photo: Brian Park/Courtesy of Claudette

Claudette
24 Fifth Ave.; +1-212-868-2424
The Team: Carlos Suarez
As Seen At: Bobo and Rosemary's
What's to Love: Suarez just gets better and better, this time taking inspiration from the flavors and decor of Provence. Chef Wade Moises and chef de cuisine Koren Grieveson put together a terrific menu, but the thing to get are an assortment of vegetables du Jardin and the chicken tagine, which easily feeds two. This may be the restaurant of the summer. It's so fresh, so perfect, so now. 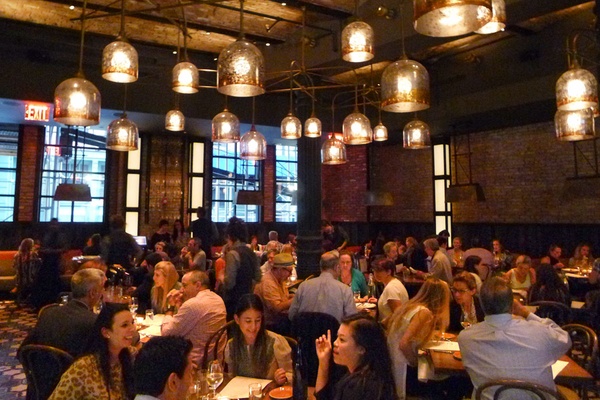 Gato
324 Lafayette St.; +1-212-334-6400
The Team: Bobby Flay and Laurence Kertchmer
As Seen At: Around the United States: Bar Americain, Mesa Grill, and Bobby's Burger Palace
What's to Love: Yes, Bobby is married to Fathom contributing editor Stephanie March. But that would have sent me to Gato once. The food (especially scrambled eggs with almond romesco and boucheron, crab risotto, and halibut with saffron-tomato broth), the enticing wine list, the friendly staff, and the lively bar have lured me back a dozen times. 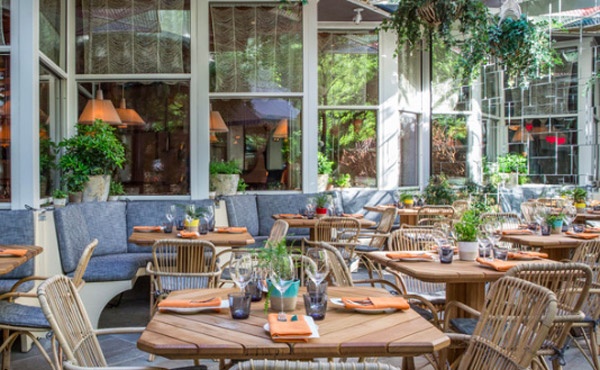 The outdoor dining room at Narcissa. Photo: Courtesy of Narcissa

Narcissa
21 Cooper Square; +1-212-228-3344
The Team: John Fraser
As Seen At: Dovetail
What's To Love: When hotelier Andre Balazs turned the Cooper Square Hotel into The Standard East Village, he inherited a long-troubled and awkwardly shaped restaurant. The room got a makeover, and the kitchen got a superstar: the talented, brainy John Fraser. He had been taking vegetables to a new level at Dovetail for some time and continues to innovate here, most notably in carrots Wellington and rotisserie-charred beets. Charming touch: Many ingredients, including whole baby chickens, are sourced from Balazs's farm upstate. 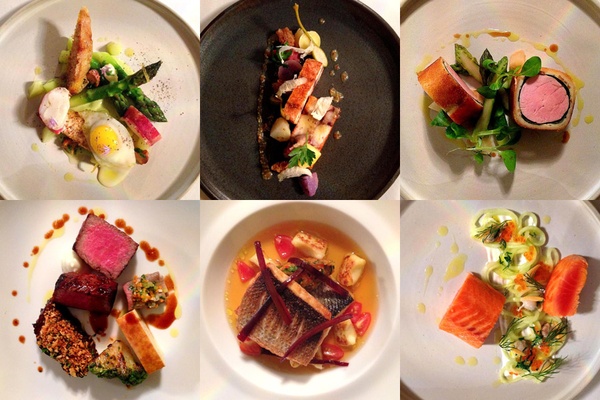 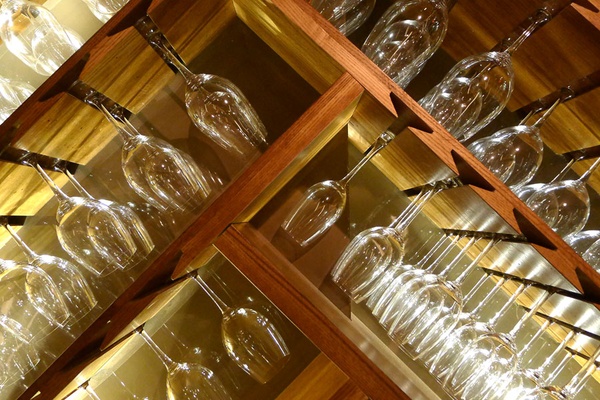 They're all good glasses at Corkbuzz Chelsea. Photo: Pavia Rosati

Corkbuzz Chelsea
75 Ninth Ave.; +1-646-237-4847
The Team: Laura Maniec and Missy Robbins
As Seen At: Maniec: Corkbuzz; Robbins: A Voce
What's to Love: Impossibly young and even more impossibly accomplished sommelier Maniec designed her original Corbuzz as a wine lover's bar, restaurant, and event space. The new Chelsea Market location will stay open late at night and give shoppers and nearby cubicle drones a reason to drink at lunch. Consulting chef Robbins has been traveling the world since leaving A Voce and created an inspiring menu of bar snacks, most notably a cotechino sandwich that, frankly, should be illegal. 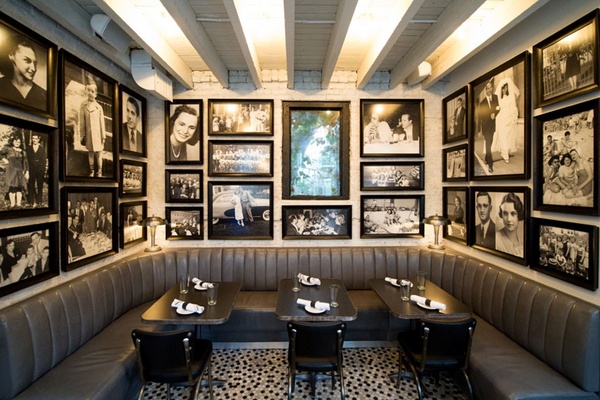 Family photos line the walls in the back room at Empire Diner. Photo: Daniel Krieger/Courtesy of Empire Diner

Empire Diner
210 Tenth Ave.; +1-212-596-7523
The Team: Amanda Frietag
As Seen At: The Harrison, Chopped and Iron Chef on Food Network
What's to Love: Frietag has been missing from the NYC kitchen for too long, but it's been worth the wait. She and her team did a stunning renovation of the iconic 1940s Chelsea diner. Her menu follows suit with updated American classics like buffalo-style skate wings, matzoh ball marrow soup, and patty melts. Coming soon: all of this, 24 hours a day. 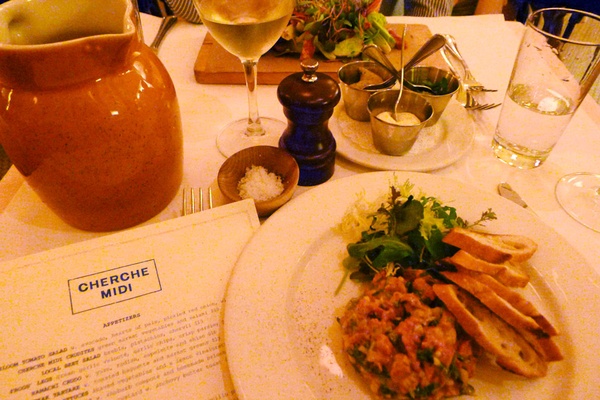 Cherche Midi
282 Bowery; +1-212-226-3055
The Team: Keith McNally and chef Shane McBride
As Seen At: Balthazar, Minetta Tavern, Schiller's Liquor Bar, Morandi
What's to Love: Team McNally gave their old Pulino's pizzeria a makeover, brightening and Frenchifying the space. (Imagine if your brunette friend suddenly went blonde.) As can be expected at any McNally eatery, the room is already buzzing and the scene is as hot as can be. McBride is firing on all cylinders, turning out food that's both artful (crudite salad) and addictive (steak tartare). 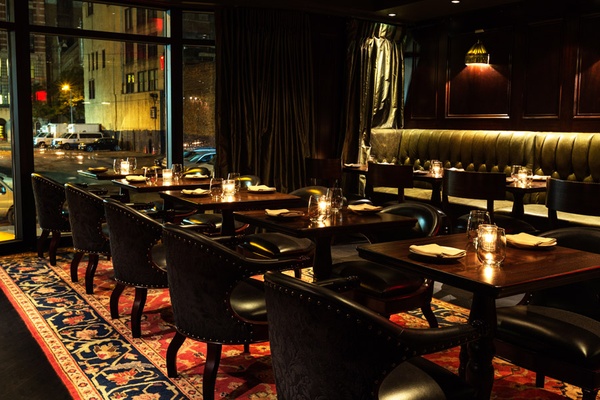 The NoMad Bar
10 West 28th St.; +1-347-472-5660
The Team: Chef Humm and Will Guidara
As Seen At: NoMad, Eleven Madison Park
What's to Love: These guys have the Midas touch. The Library Bar at NoMad became so popular that they turned the space next door to the hotel into a dark and dramatic bi-level tavern. The cocktails are inventive, many made with unusual spirits. The menu is pub fare seen through a four-star filter. That means chicken pot pie and hot dogs prepared with black truffles. 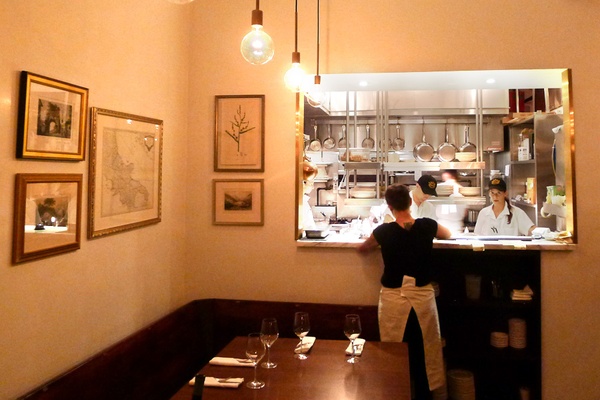 Marco's
295 Flatbush Ave.; +1-718-230-0427
The Team Francine Stephens and Andrew Feinberg
As Seen At: Franny's, BKLYN Larder
What's to Love: Pizza was only the beginning for the married couple, but what an auspicious start it was. When Franny's outgrew its Flatbush Avenue location and moved up the block, they transformed the space into Marco's, a cozy Italian trattoria with a lovely back garden and a more ambitious menu. What to order: all the pastas and anything wood-grilled. 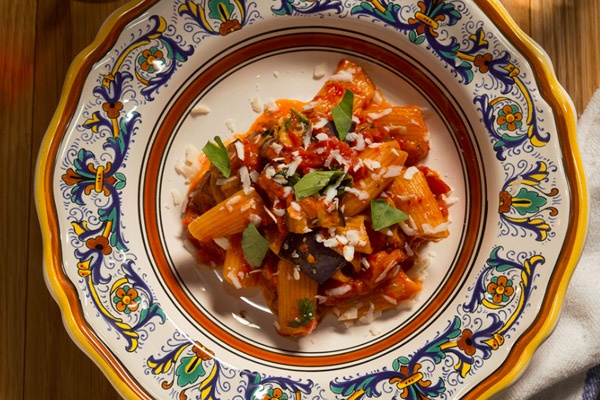 Bar Primi
325 Bowery; +1-212-220-9100
The Team: Chef Andrew Carmellini
As Seen At: Locanda Verde, The Dutch, Lafayette.
What's to Love: Peels, the beloved and always packed Bowery restaurant from Taavo Somer, has been replaced by the prolific chef's small plates and pasta joint. What Carmellini can't do with pasta isn't worth doing. How did he open this a year after Lafayette, his other stunning newcomer, yet look calm every time I see him? I don't know, but I think he may have clones. 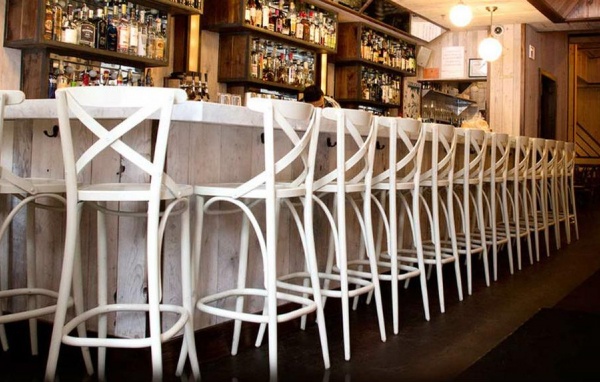 Telepan Local
329 Greenwich St.; +1-212-966-9255
The Team: Bill Telepan
As Seen At: Telepan
What's to Love: The farmy vibe in the bar and dining room. The farmy vibe on the menus. Chef Bill Telepan has been nurturing New Yorkers for years, cooking local before it was trendy, leading the charge for healthy eating in public school meals through Wellness in the Schools. This is a meal for your heart and your soul. 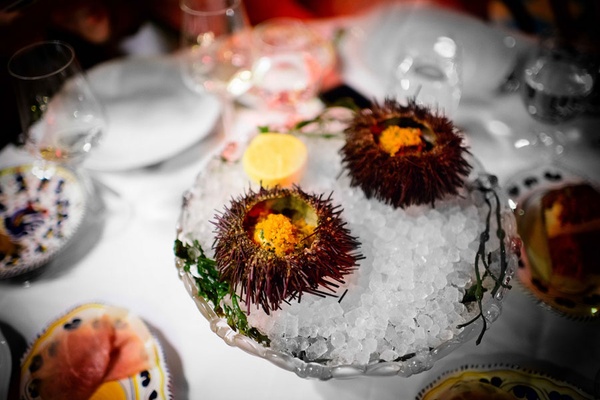 Carbone
181 Thompson St.; +1-212-933-0707
The Team: Mario Carbone, Rich Torrisi, Jeff Zalaznick
As Seen At: Torrisi, Parm, ZZ's Clam Bar.
What's to Love: Those Italian mama's boys take the iconic old-school, red-sauce joint to the level of performance art. Huge flecks of Parmesan rain down on your plate like dollar bills at a strip club. Botles of Sambuca are left on the table. Waiters wear burgundy tuxedos. Tony Bennett is at a corner table! (Okay, that was just one time.) The food is delicous and pricey. But you're here. Go big or go home.

We take every effort to ensure the information in our articles is accurate at the time of publication. But the world moves fast, and even we double-check important details before hitting the road.