Warning: Do not read this before lunchtime. You may feel compelled to eat everything in sight. Fathom contributor (and self-described foodie) Anna Petrow shares her list of snacking superlatives in Buenos Aires.

BUENOS AIRES, Argentina – Argentina is known for their meat. So. Much. Meat. But also the best espresso you'll ever have, crispy-yet-gooey medialunas, pizza done the right way, and dulce de leche (a.k.a. the nectar of Gods). If I haven't made you run to the fridge already, read on for the ultimate guide to eating your way through Buenos Aires. 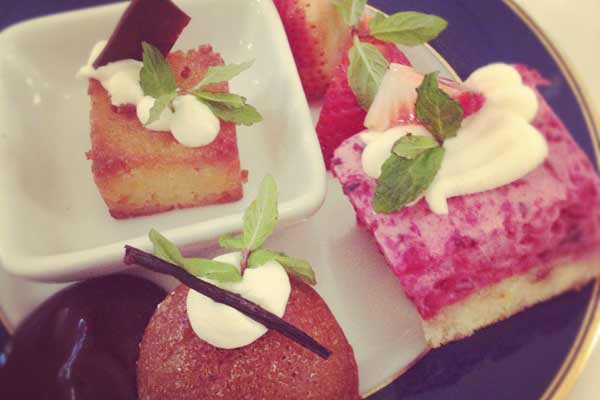 If you want to be king for a day, then L'Orangerie is the place. Situated on the main floor in the fabulous tea room of the Alvear Palace, you'll clink your champagne glasses to the gigantic buffet of delicate pastries and melt-in-your mouth meats. Just prepare to pick up the Royal bill too.

This one's a no brainer. El Cuartito (Talcahuano 937). Serving Buenos Aires since 1934, this place is pizza royalty. With a thick, fluffy crust covered in just the right amount of sauce and plenty of cheese, there are tons of options to choose from. Only one however, is worth dying for: the Fugazza. Covered in so many onions that the chefs are sure to being crying their eyes out back in the kitchen, this peculiar pizza even forgoes the tomato sauce to focus on the crisp onion flavor. Pair that with a Quilmes beer, or three, and you have yourself a meal. 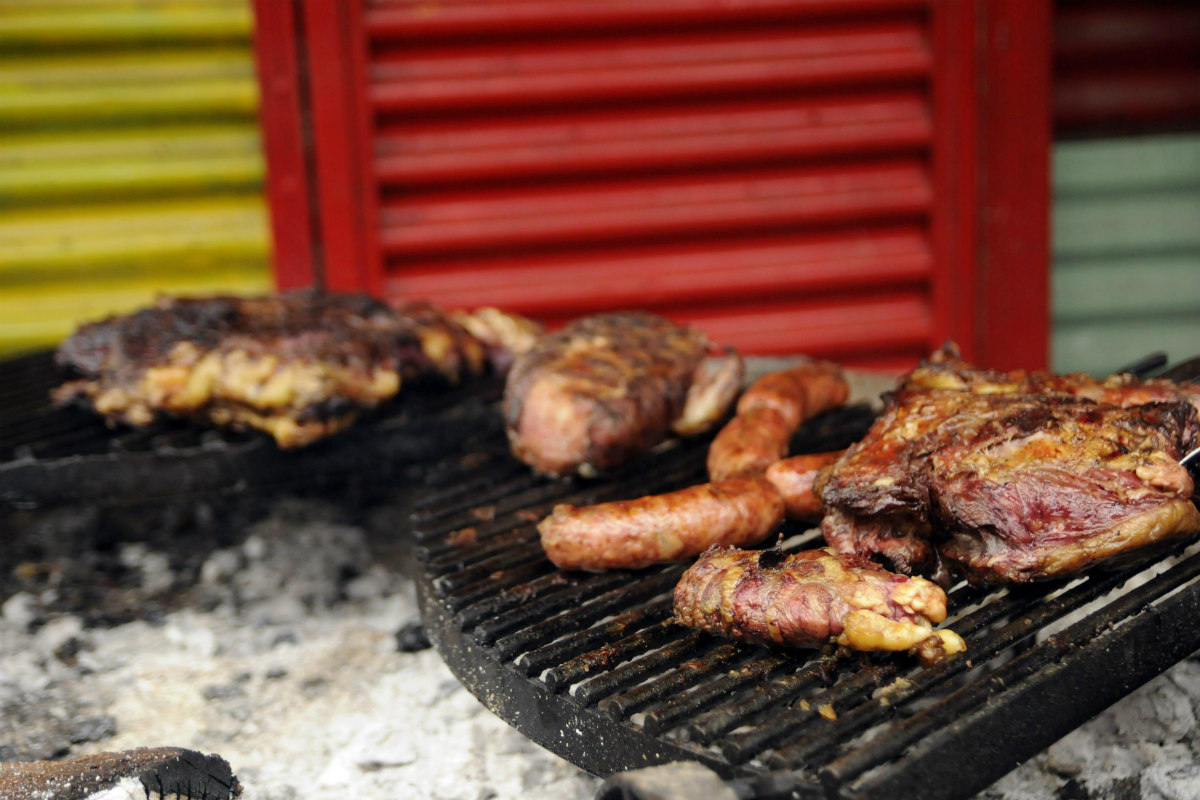 This one depends. Asado, the Spanish term for barbecue, is done so many ways in Argentina that there's no clear winner. You could go to one end of the spectrum and head to any open flame locales in the neighborhood of La Boca (daytime only) for a gritty, authentic Porteño cookout including steak, choripan (a popular chorizo sandwhich), and other specialties. If you want asado in style, look no further than La Cabrera. Though slightly upper-scale, this restaurant stays true to the low-key roots of a cookout. Only, with your giant steak, they'll also bring out about ten sauces, sides, and garnishes that take your meal to the next level.

This is where I truly consider myself the expert. Medialunas are Argentinian croissants, just a bit smaller and a little sweeter. During my time living in Buenos Aires, I took it upon myself to sample them all. Although the owner of Zaccaria (Juan Francisco Seguí 4611) will tell you I bought a couple hundred from him, my true favorite is an old classic. When it comes to a medialuna with cafe con crema, I'm a sucker for the atmosphere. Plaza Dorrego Bar (Defensa 1098) wins the bet, offering the best people watching and historical atmosphere in the city. You might just stick around for a few more rounds as well. 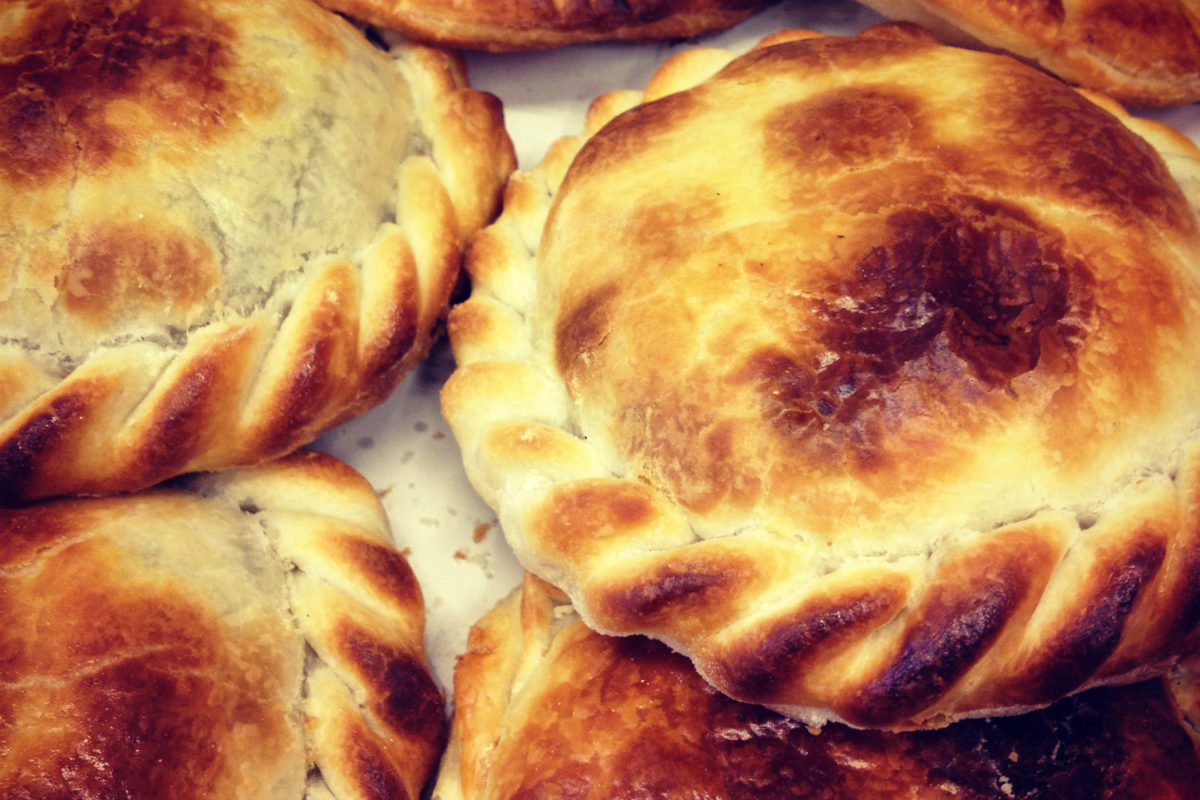 Empanadas from La Continental. So cheap you just have to buy a dozen. Go big or go home.

I might be hated for this, but my favorite empanada is La Continental. Even though it's a chain, it's so delicious even the haters have to admit that they'd never say no to one. Maybe it's because it's the first empanada I had when I set foot in Buenos Aires, or maybe it's because I ended up there most late nights (mornings) without fail. But true to the original street food, it's so cheap you just have to order a dozen.

For the classic Porteño drink, and all other adult beverages too, Frank's is the place to be. Just be sure you know the password — the only way to enter is through a door in a phone booth. Beyond the lure of all the secrecy, you'll find that the bartenders' attention to detail truly makes each cocktail an experience of its own. 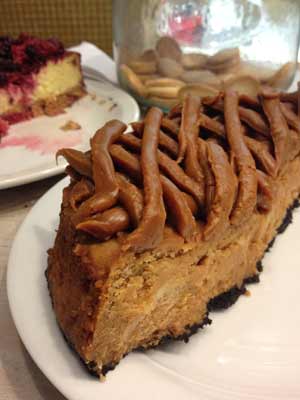 And for those people who believe that all you eat in Argentina are tacos (they're not a thing there), I'll give you a free tip. Get your fix at La Fabrica del Taco and you will not be disappointed.