When we think of St. Moritz, we think of luxurious lodges, flashy furs, and snowy finery. We don't often think of Italian food. The Cerea family, owners of Michelin-starred restaurant Da Vittorio in Bergamo, Italy, is changing all that. Fathom contributing editor Erica Firpo fills us in on the restaurant's new Alpine satellite, which is helping turn an ostentatious ski town into a hidden food paradise.

ST. MORITZ – According to my husband, Darius Arya, there is only one reason to go to St. Moritz. Food. Don't get me wrong, he's an avid skier (off-piste, I might add), but lately his obsession with the tiny Engadin valley town is its restaurants, pastry shops, and pubs.

St. Moritz is home to some 90 restaurants, of which at least four are Michelin-starred, as well as an annual four-day Gourmet Food Festival where top chefs take a break from their own restaurants to show off some flare. Mark your calendar for January 26 - 31: The 2015 festival will star some of Britain's top chefs to celebrate their discovery of the Swiss winter getaway.

Bottom line, from fondue to foam, St. Moritz is a foodie enclave. 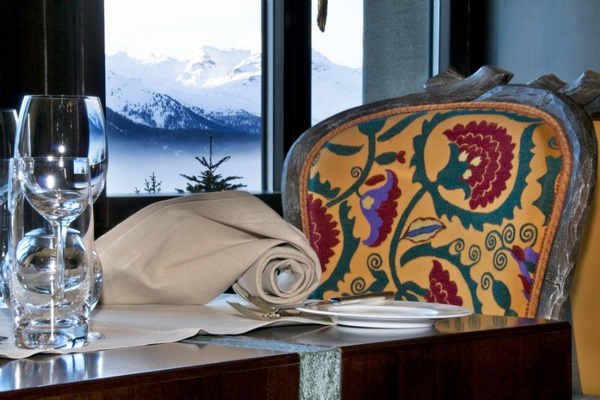 Quite the view. Photo courtesy of Tschuggen Hotel Group.

When Darius proposed a ski vacation, I laughed. I don't relax in less than 70-degree ambient temperature, and the kind of sports I like give an overall tan. But when he mentioned that St. Moritz is a snowballing supernova of ski and cuisine, I thought it was about time I dusted off my earmuffs, hopped that fabulous red train that runs through the Bernina Valley, and make my way to Da Vittorio.

If St. Moritz is an exploding galaxy of amazing food spots, Da Vittorio is its Red Giant star. The outpost of historic Da Vittorio in Bergamo, one of Italy's eight Michelin three-star restaurants, opened at the Carlton Hotel in December 2012 and captured a Michelin star in November 2013. Not too shabby for a seasonal restaurant.

But Da Vittorio isn't simply a restaurant — it's a family empire. The Cerea siblings — brothers Enrico, Francesco, and Roberto and sisters Barbara and Rosella — have taken their father's Bergamo restaurant and expanded into an all-encompassing philosophy, institution, and school, or, better yet, a cult where food is God and God is good. 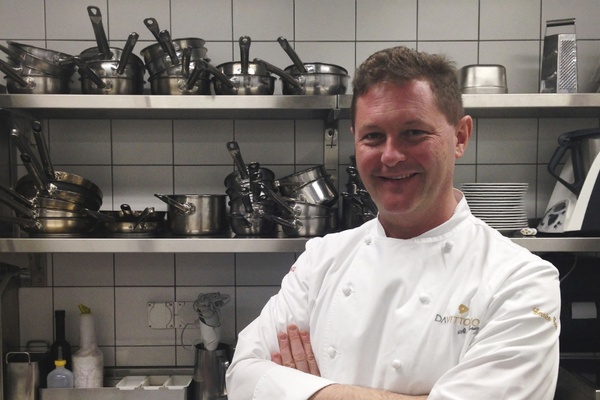 I met up with Enrico and the St. Moritz team to talk about the Cerea food philosophy and what to expect in St. Moritz.

What is Da Vittorio?

Da Vittorio is a family restaurant started by my father, Vittorio Cerea, in 1966 in Bergamo. He was more than just a buona forchetta (literally a "good fork"). He was a self-taught chef who just wanted to share his passion. In 1970, he received his first Michelin star, in 1996 his second, and in 2010 his third. My siblings and I continue his legacy and love for cooking by overseeing a large, family-style team of approximately 140 people who work together at our restaurant, pastry shop, and catering company at the Dimora Boutique Hotel in Bergamo, and now at Da Vittorio's new location in St. Moritz.

So what is Da Vittorio St. Moritz?

Da Vittorio St. Moritz is slightly different from Bergamo. The clientele is more relaxed. They are on vacation, and that's reflected in the menu, style, and atmosphere. My brother Roberto and I alternate between Italy and St. Moritz, where we have a team of eleven people, including chef Luca Mancini. He's been working with the Cerea family for six years, and in 2012 he was voted Northern Italy's Number One Emerging Chef. Since 2012, he has spent the winter season in St. Moritz and the summer in Bergamo. We bring our more experienced chefs to St. Moritz and introduce and train new chefs in Bergamo. 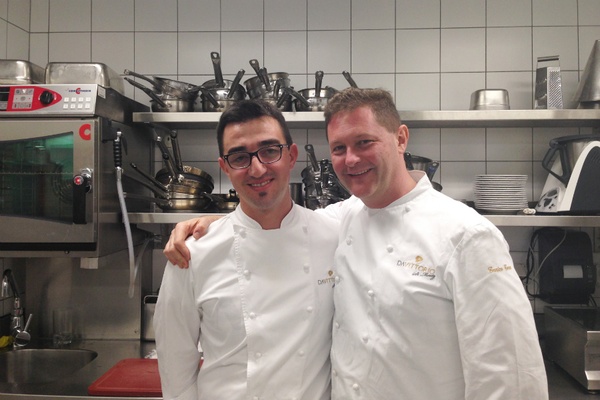 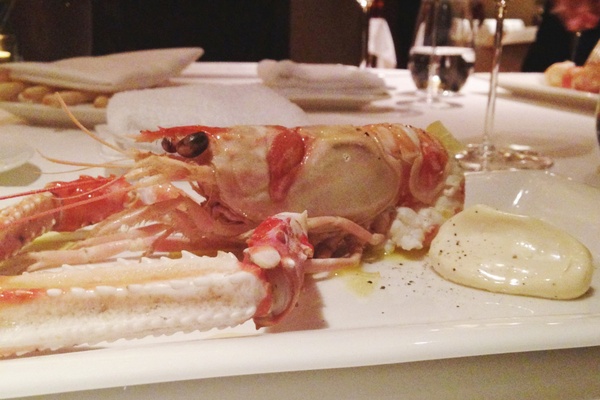 What can we expect at Da Vittorio St. Moritz?

We focus on Italian dishes, such as our paccheri (Da Vittorio's signature dish, a simple pasta elevated to a meteoric level), and we are proud of regional and local traditions and products (like Bergamo's sciur, a very piquant aged blue cheese covered in red fruits). All of our produce, meat, and fish come from Italian suppliers who we have worked with for decades and know personally. We pick and choose what we want, and it is shipped the next day.

Enrico seems to spend most of his time traveling back and forth between St. Moritz and Bergamo to talk with family and a team of more than 100 chefs and local producers. Everything on the table comes from decades-old relationships with Italian-based farmers and fishermen. The St. Moritz team represents practically every region of Italy and is made up of top sous chefs and students from Bergamo. His sommelier is a walking encyclopedia of beverages and chocolate.

And the cuisine? It's almost ironic that I traveled out of Italy to experience what could be considered a basic pasta dish. But it blew me away, as did everything else that was on the table. 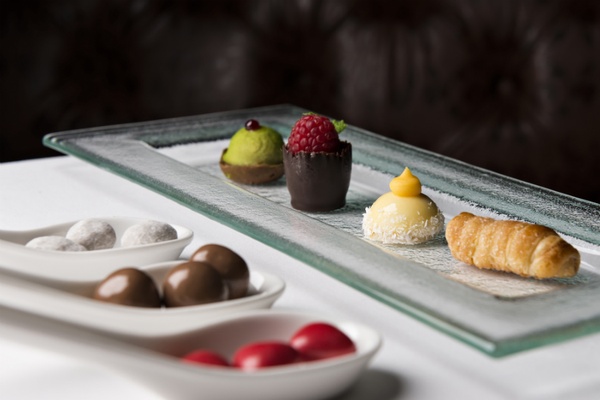 A dessert as sweet as it is beautiful. Photo courtesy of Tschuggen Hotel Group.