Vanessa Bell is a girl who literally makes it her business to know the best spots in Buenos Aires. The London transplant is a freelance writer and trendhunter who leads personalized shopping tours around town. She filled us in on the city's contemporary food scene, reminding us that there's more to BA than the steak house.

BUENOS AIRES – Argentina is the land of cow. And the Argentines are experts at breeding and cooking the animal to produce meat so tender you can slice it with a spoon. Italian and Spanish waves of immigration have defined the rest of the country's cuisine, as evidenced through the abundance of pizzerias, pasta joints, and ice cream parlors. Local foods are generally simple and unsophisticated, with scant seasoning other than salt and the occasional herb garnish. It's therefore no surprise that the average Porteño palate is notably conservative and unadventurous, though the locals are gradually becoming more informed and willing to experiment.

Gone are the days when vegetarians would go hungry in Buenos Aires, when their options were limited to sad-looking vegetables grilled on the parilla, a poor consolation to the main, meaty event. Spice fans are no longer obliged to smuggle bottles of sriracha into restaurants to revive bland and ailing culinary offerings. Peruvian food has become increasingly popular, as have Mexican and Central American cuisines, all characterized by their liberal use of chilies and spice.

This slow and steady growth in contemporary and increasingly experimental Argentine cooking has evolved in recent years, primarily at the hands of a dynamic group of local chefs who are challenging traditional conventions and local palates with adventurous ingredients, global inspiration, and revamped Argentine favorites. It's an exciting time to eat in Buenos Aires. 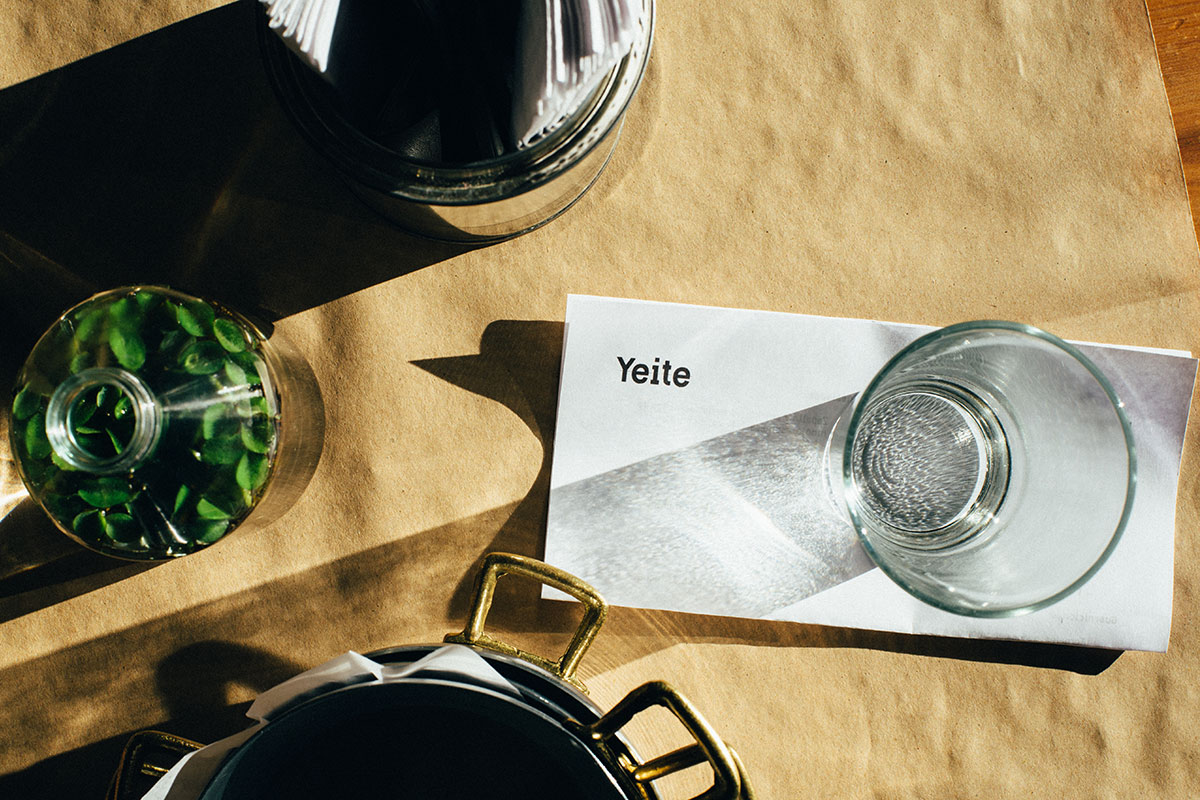 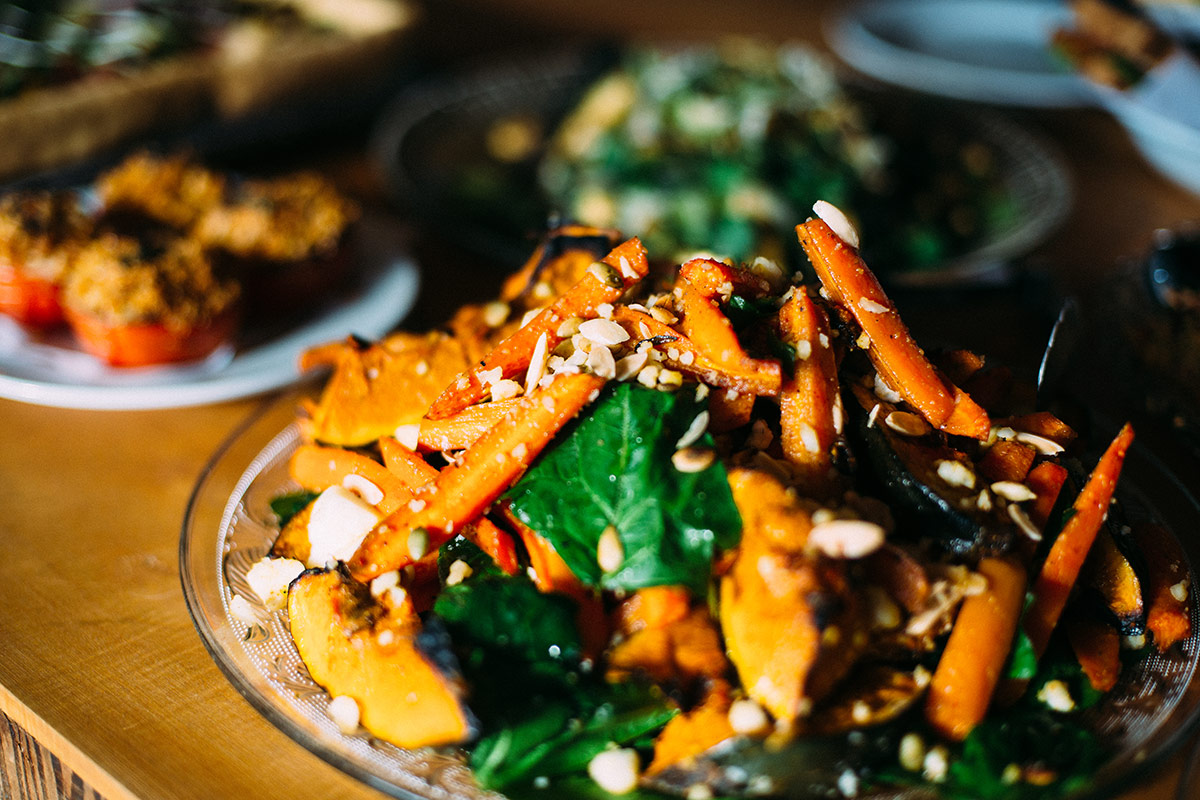 Buenos Aires has a newfound love for the food of Yotam Ottolenghi, the UK-based Israeli chef whose penchant for experimental flavors and spices, reworked classic Middle Eastern dishes, and use of eclectic ingredients has influenced local chefs.

Middle Eastern flavors and a predilection for hearty salads are the order of the day at cult eatery Farinelli, now in three locations. The original Bulnes branch has a loyal clientele and best preserves the enterprise's founding spirit. Fresh fare is laid out as it's made, the counter covered with delicious bulgur wheat salads, sandwiches, croquettes, and cold pasta dishes. Their pastries and desserts are heaven-sent.

Pame Villar, one of the city's top pastry chefs, opened Yeite in Villa Crespo last year. The weekly rotating menu of mains and sharing dishes are served in little metal casseroles, filled with everything from roasted pumpkin with sumac to bok choy and mushrooms with soy and honey. Vibrant cold salads are displayed on the countertop. The mouth-watering desserts include fruit cobbler and a memorable molten chocolate volcano cake.

Argentine chef Mariano Ramon and his English gardener wife Philippa are behind Gran Dabbang, one of BA's biggest modern culinary success stories. After traveling extensively throughout Southeast Asia, they decided to open a restaurant that incorporates exotic flavors from their adventures into dishes using locally sourced ingredients that honor Argentina's culinary heritage. The result: Artfully combined flavors and textures in more-ish dishes like the signature Swiss chard pakoras with sriracha and raita, Malaysian laksa soup with shredded coconut and fried quail's egg, and unctuous corn bread — which all provoke an overwhelming desire to lick the metal platters clean. 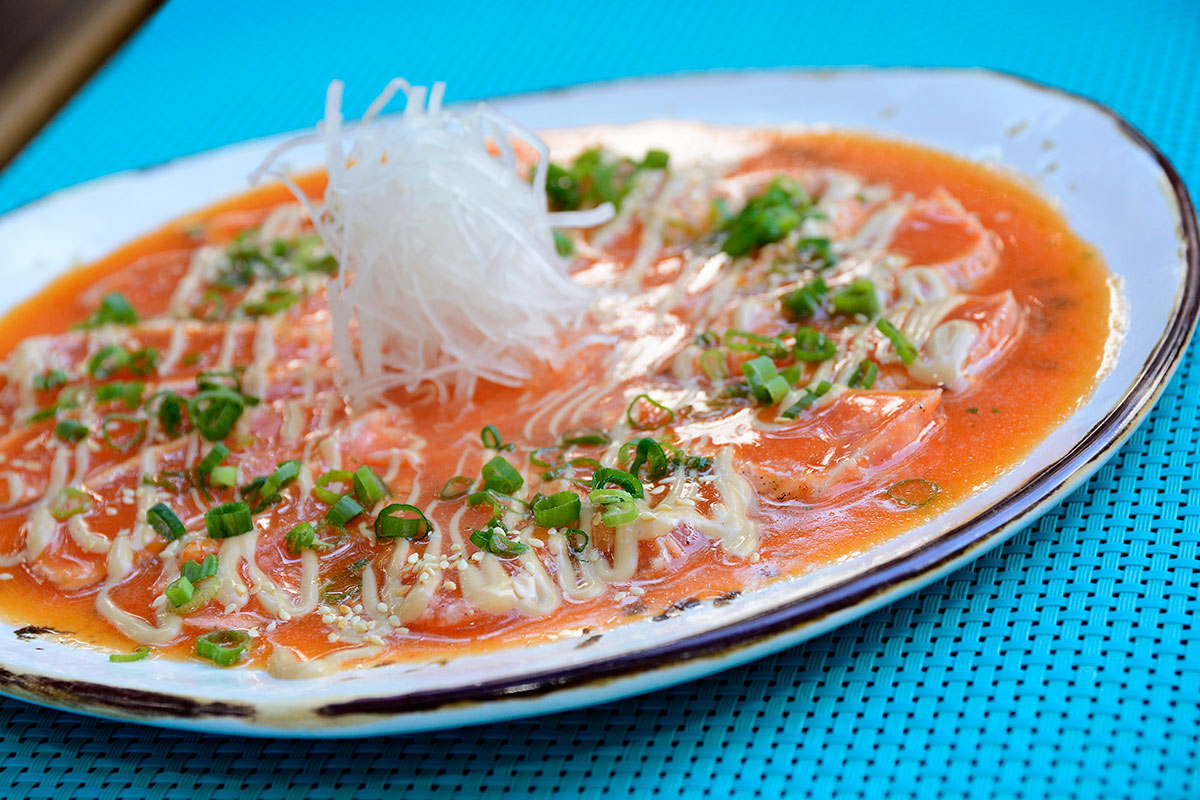 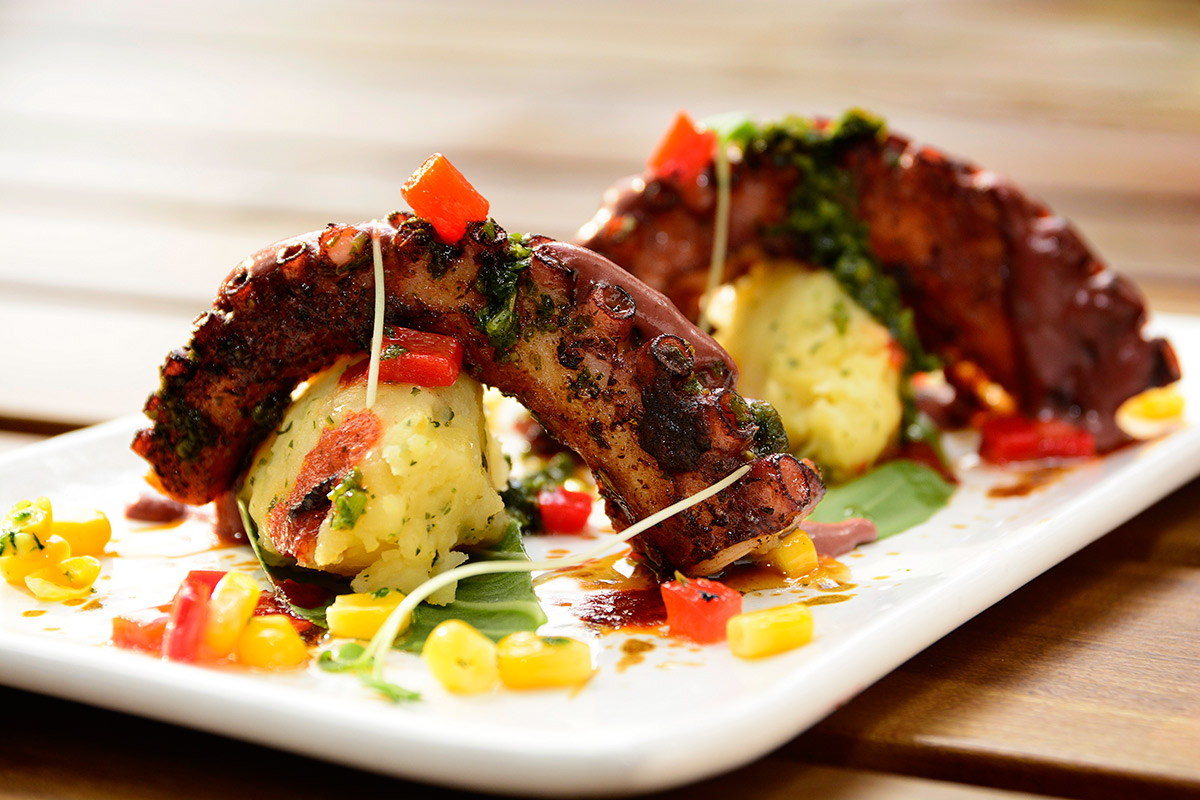 Peruvian cuisine has become increasingly popular in Buenos Aires. The Once and Abasto neighborhoods offer authentic no-frills experiences with apocalyptic-sized portions. The local Peruvian community eats at La Conga and Carlitos. It's a less hedonistic dining experience at Chan Chan, the perennial Congreso favorite. Rawa is Chan Chan's sister establishment, where the wall art is just as kitschy and food is just as delicious. The order to get: tamales and anticuchos de res, followed by tallarines verdes con pesto or aji de langostinos. The ceviche blanco never fails, and their piscos are the best in town.

In a more polished and sophisticated take on Peruvian cuisine, Gastón Acurio opened a new outpost of La Mar, the much-feted restaurant chain that put Peruvian food on the global map. The menu offers premium takes on traditional favorites as well as sublime combinations like Nikkei ceviche and tiradito fused with tamarind and passion fruit, respectively.

Pan-Latino restaurant iLatina has forged a stalwart reputation through word of mouth, providing a memorable experience with an extensive, nine-course tasting menu that runs the gamut of traditional Central American cuisine. The restaurant received the award for One to Watch in Latin America's 50 Best Restaurants 2015, and it's not hard to see why. The highly informed waitstaff and sommeliers deliver every course with detailed explanations about the dish and the paired wine, from the traditional bread basket and arepita and patacon appetizers to the subtle avocado and aguardiente ice cream finale. Flavors and textures are expertly balanced, resulting in a Colombian cuisine that incorporates local Argentine ingredients and inspiration from chef Santiago Macias' extensive culinary research trips. 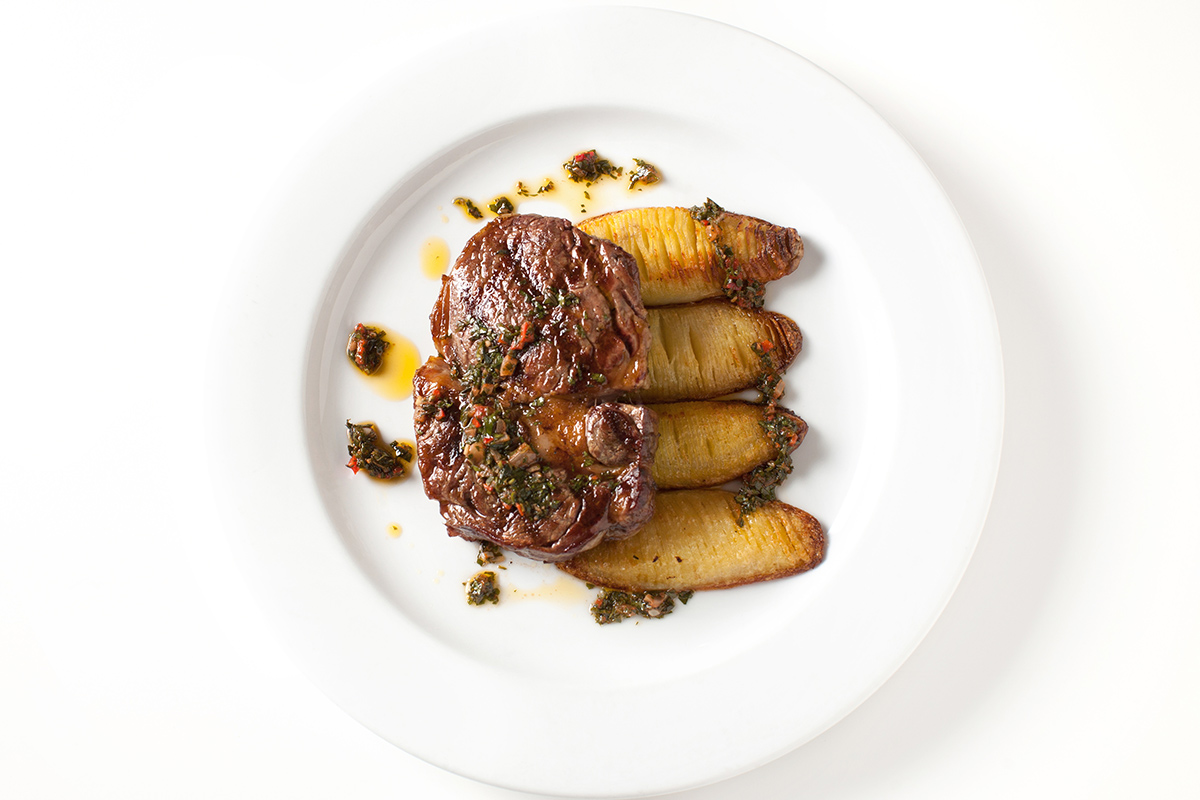 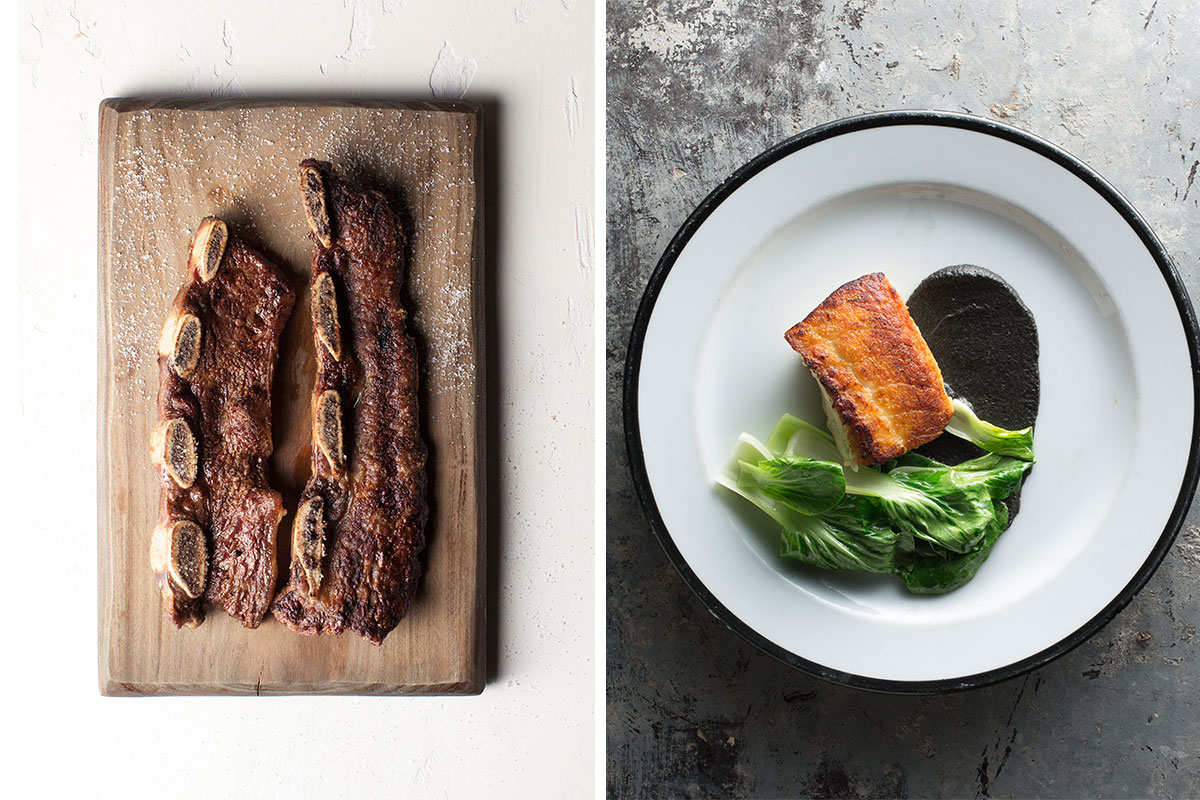 A trailblazer of contemporary Argentine cuisine, Sucre has come a long way since its 2002 inception, evolving according to head chef Fernando Trocca's ever-changing culinary inspirations. The sumptuous surroundings and the laid-back sofa seating seduce as much as the offerings. The stars of the show are the meat dishes, like velvety-soft, slow-cooked bondiola, although flavorsome and inventive vegetarian options like artichoke ravioli in Parmesan broth merit recognition. The restaurant's impressive temperature-controlled wine cellar takes center stage on the restaurant floor, while high ceilings, dim lighting, and soft music create an ambience that is both accommodating and elegant.

Astor's adventurous menu offers three dining experiences: the three-course Esencia, the five-course Degustacíon, and the eight-course Experiencia. Chef Antonio Soriano honed his skills in a succession of Michelin-starred French restaurants before returning to Buenos Aires and setting up his first solo endeavor. With a strong emphasis on sourcing the finest seasonal ingredients, the weekly menu often accommodates last-minute changes, depending on the availability of fresh produce. Exotic Argentine meats like wild boar and venison make regular appearances, and the fish of the day is enlivened with an eclectic vegetable mix like cauliflower mash, capers, and kale. Small, lesser-known vineyards feature in the paired wine selection, while an aperitif of Cinzano Rosso, Campari, and tonic is imaginatively served in a kettle, which is poured into a mate gourd lined with eucalyptus, mint, and citrus.

So although the cow and the steak houses remain a dining favorite, the city, culinarily speaking, is spreading its wings and moving into greener pastures.