JACKSON HEIGHTS, Queens – As the housing crush continues its steady and inevitable crawl east into the outer boroughs of New York City, I've noticed that my lifelong hometown of Jackson Heights is getting more positive attention — from the media, who praise the neighborhood for its diverse culture and cuisine, and from fellow millennials, who confuse it with Brooklyn.

As more of my friends consider moving to the neighborhood, I'm increasingly faced with one simple but impossible question: What is the best restaurant in Jackson Heights? To which I say, after fumbling for the long answer, it depends.

AND WHY IS THAT?

Jackson Heights is one of the world's most diverse communities: More than half its residents were born in another country. The neighborhood was until recently best known for Little India, a magical sensory pocket of supermarkets, sari stores, gold shops, and restaurants surrounding the 74th Street subway station. The ethnic enclave, which serves some of the best Indian food in the city, is also home to many other South Asian groups — Pakistani, Bangladeshi, Nepali, Tibetan, Thai, and Vietnamese.

But cross over to the eastern side of the neighborhood, and you may as well have crossed the globe. This side of town is a microcosm of Latin America. I haven't checked the census numbers, because it's pretty clear that the majority of residents hail from Colombia (like my mom), Ecuador, and Mexico. But population statistics don't matter during soccer season, when resident Peruvians, Uruguayans, and Argentineans represent in full force. My 'hood is also home to many other cultures — Eastern Europeans, expats from Western Europe, Jews of all ethnicities (like my dad), and one of the largest LGBT communities in New York. In this glorious assemblage of mom-and-pop shops and family restaurants and diverse cuisines, crowning one meal as the best is just missing the point of the melting pot. 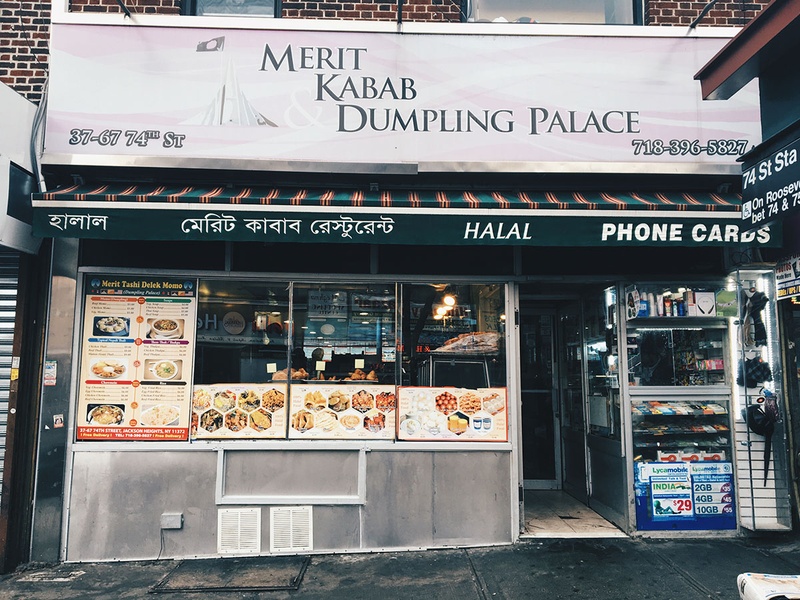 It's usually crowded out front, but it's too early for fried food at Merit. 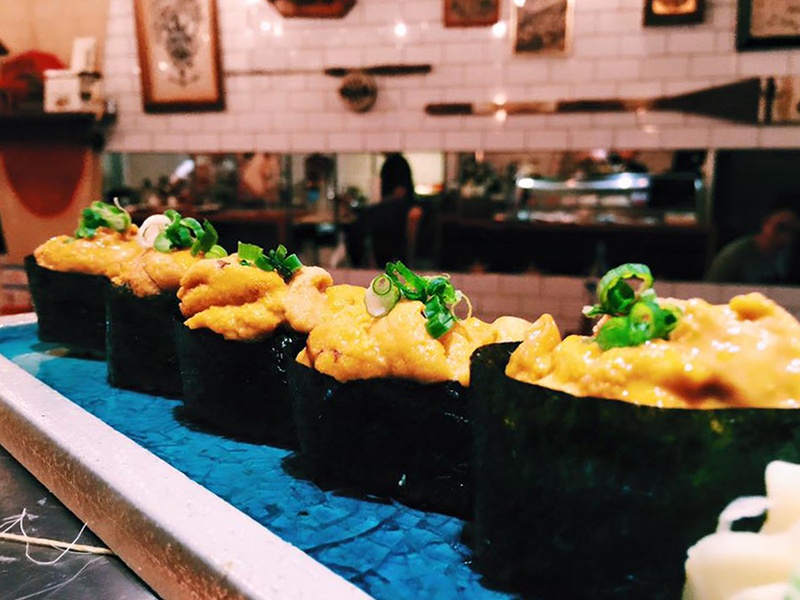 IF YOU WANT JUST INDIAN

Many of the restaurants that line Little India have modest interiors and similar buffets. My favorite, Delhi Heights, has the most pleasant atmosphere on the block and solid basics like chicken tikka masala, biriyani, and curry. Merit Kabab and Dumpling Palace (37-67 74th Street; +1-718-396-5827) across the street is a multi-vendor space that sells snack food on the cheap, like samosa and garlic naan for under five bucks. It's always filled with local South Asians, who congregate to chat and watch cricket matches. Samudra is the vegetarian spot. Their menu of South Indian specialities includes sixteen different dosas, those incredible fermented rice and lentil crepes stuffed with vegetables and served with chutney. No matter how filling the meal, save room for jalebi at Rajbhog Sweets.

IF YOU WANT SOUTH ASIAN

Sammy's Halal Cart (73 73rd Street; +1-646-321-9961) is all flavor and no line, despite being an award-winning late-night haunt for halal heads who crave soul-pleasing chicken and rice doused in special spicy green sauce. Lhasa Fast Food (37-50 74th Street; +1-718-205-2339) is a small Himalayan restaurant hidden behind a cell phone store that serves hand-pressed momos (Tibetan dumplings) and herbaceous noodle soups to Tibetan patrons who must feel closer to home with music videos from their motherland playing overhead. Less of a culture shock is Amdo Kitchen (37-59 74th Street; no phone), a dumpling truck that recently took the title of best momo at the annual Jackson Heights Momo Crawl.

Advancing east on our culinary treasure map, there's Zabb Elee, a small Michelin-stared restaurant that specializes in Esarn cuisine from northern Thailand and Laos. Familiar dishes like pad Thai are left off the menu in favor of super spicy salads and rich, dark broths. Kitchen 79, a contemporary bar and restaurant, is the alternative for drinks and drunken noodles. Underneath Zabb Elee is Zabb Sake Bar, a late-night izakaya playing killer tunes opened by chef Palm Tangjantuk, formerly of Sea in Williamsburg. He pours some of the cheapest Sapporo anywhere, the perfect accompaniment to the menu of small plates: fried chicken gizzards, Japanese pastas, and the best sushi in Jackson Heights. (A neighborhood knows it's trending when it steals a chef from Williamsburg.) 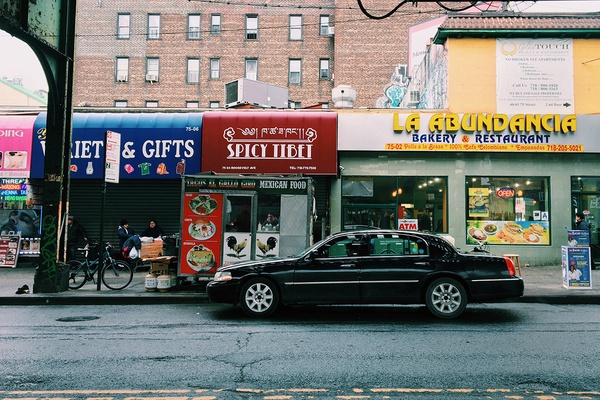 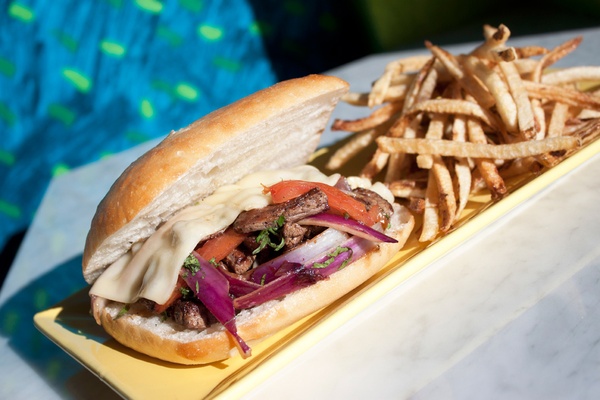 IF YOU WANT LATIN AMERICAN

My Colombian family doesn't dine out often, but when we do, it's to La Boina Roja Steak House (80-22 37th Avenue; +1-718-424-6711) for platters of grilled meats, rice and beans, fried egg, fried plantains, and avocado salad. Very rarely, we eat outside our culture zone at Urubamba, an old-school Peruvian restaurant decorated with Andean art that excels at seafood. (And by "we" I really mean my parents. I should be clear, I eat out all the time.) For quicker meals, I like the newly opened Juanita's Cafe for flavor-packed Peruvian sandwiches and Arepa Lady (77-02 Roosevelt Avenue; +1-347-730-6124), the brick-and-morter location of the longtime late-night food cart, for thick tortillas stuffed with cheese and meat. Her cakes, a typical post-club snack for Colombians, attract foodies from across the tri-state area. Speaking of eating under the influence, my messiest, most euphoric meals happen over tacos and cemitas from Tacos El Gallo Giro (Roosevelt Avenue and 75th Street; +1-718-501-1868) after midnight.

IF YOU WANT BREAKFAST

Breakfast has always been my favorite meal. I ate the most memorable early-morning meals during my childhood at La Nueva Bakery, a cafe owned by Uruguayans selling Colombian and Argentinean pastries. The spread was always cheese bread (pan de queso), fried dough balls (buñuelos), churros, and coffee with milk. (Yes, I was five, and I was wired.) Then I branched out to big omelettes from Jahn's (81-04 37th Avenue; +1-718-651-0700), the only remaining outpost of a diner chain lost in time that dates back to 1897, and surprisingly excellent pastries and breads from Canelle Patisserie, a bakery in an unassuming strip mall helmed by a Frenchman, formerly the executive pastry chef at Waldorf Astoria. And now, when I have time on my morning commute, I grab a cold brew and a lox bagel at Espresso 77, our only version of the modern coffeeshop to date, where good beer and live music from local bands are the order of the evening. 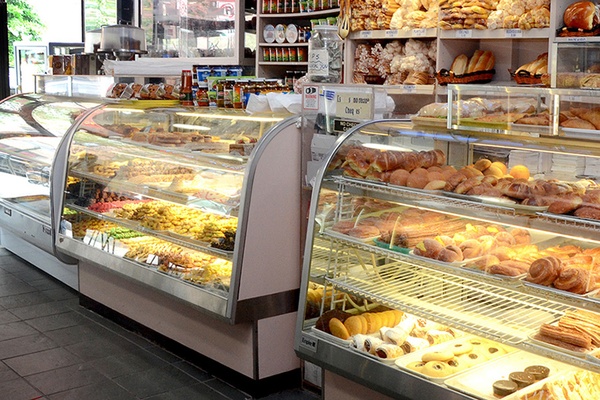 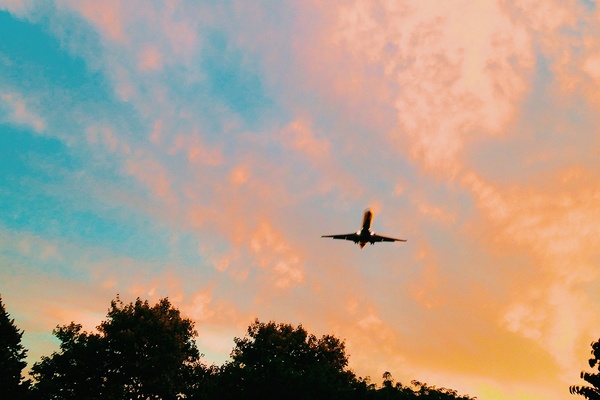 The view from LaGuardia Landing Lights.

IF YOU WANT TO PICNIC

Although Jackson Heights has remarkably few public green spaces, it's still a great place to stock up for an amazing picnic. Starting with the savory, Appetitto (79-07 37th Avenue; +1-347-808-0709) is a relatively new Russian deli with excellent sliced meats, cheeses, rye breads, blintzes, kefir, and old-world sweets. The original retail arm of Despaña Foods, a wholesale distributor with a sandwich and wine shop in SoHo (waaay over in tired old Manhattan), specializes in gourmet goods from Spain. For the buzz, Table Wine sources off-brand liquors and global wines. With a full basket, LaGuardia Landing Lights, a green patch that  sits directly under the Laguardia Airport flight path, is the perfect place to sprawl out, snack up, and watch the world fly by. Literally.