Charming maestra tequilera Bertha Gonzalez Nieves, co-founder and CEO of Casa Dragones Tequila, is our go-to for what to do in Mexico City, her hometown. She loves art, she loves food, she loves to party: She's our kind of girl. Fine spirits abound when she's around — and not only those of the liquid kind.

FIRST WE GALLERY-HOP, RUN, AND CHILL 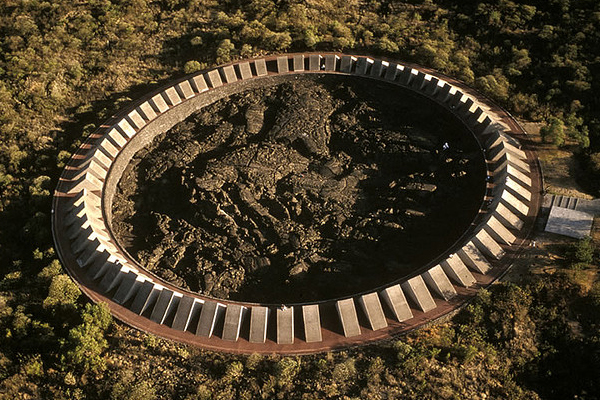 Espacio Escultórico
Circuito Maestro Marío de la Cueva, at UNAM (Universidad Nacional Autónoma de México)
An amazing park-like garden in the middle of the university campus. A great place to escape and get away from the buzz of this very busy city. 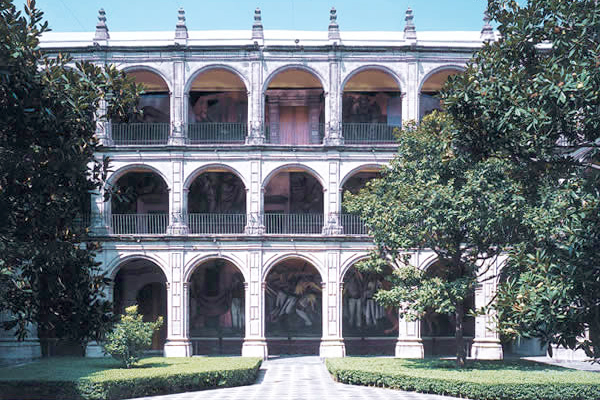 La Coleccion Jumex
Vía Morelos 272; +52-55-5775-8188
One of the most important modern art collections of Latin America, run by Eugenio López, heir to the Jumex juices empire. They recently appointed a new director, Patrick Charpenel, and the grandeur and impressive expositions are back. 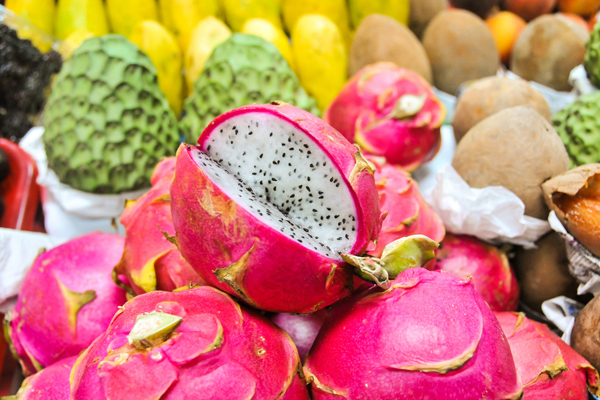 San Juan Market
Ernesto Pugibet 21; +52-55-5510-0762
The best gourmet market in the city, where you'll find the best local produce. Look for local fruits like mango manila, mamey, chico zapote, cherries, or whatever is in season. The vegetables are amazing, too, as are the cheeses, bacon, and exotic foods  like escamoles and grasshoppers. 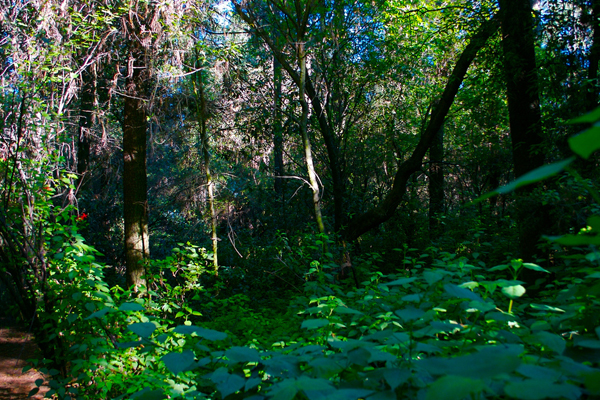 Run at El Ocotal
Km 23 along Mexico-Toluca Highway
The DF is a city of runners, and I love running through El Ocotal, a beautiful, high-altitude forest with three different track options. Breathe fresh air. Gaze at huge trees. Forget the crowded city. It's 28 kilometers outside the city near Acopilco, a short 20-minute drive on the Mexico-Toluca federal highway. 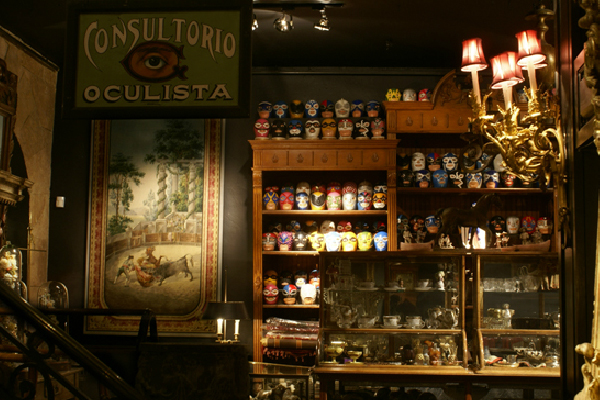 Galeria Daniel Liebsohn
Calle Londres 161; +52-55-5525-2050
Daniel has a great eye for antiques, and his gallery is filled with amazing and well-restored Mexican antiques. 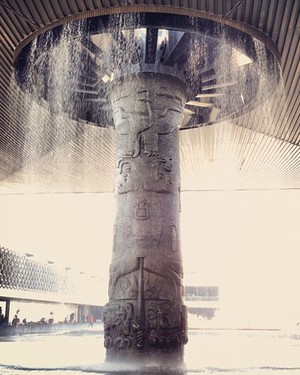 Have a Tequila at San Ángel Inn
Diego Rivera 50; +52-55-5616-1402
Of course you have to have a glass of Casa Dragones when you're in town! And I like it best at San Ángel Inn, a beautiful former hacienda in the heart of San Ángel neighborhood. The gardens and patio are lovely, the restaurant is traditional and elegant, the music is just great. While you're in the area, don't miss the incredible market El Bazaar Sábado and Diego Rivera Studio Museum across the street. 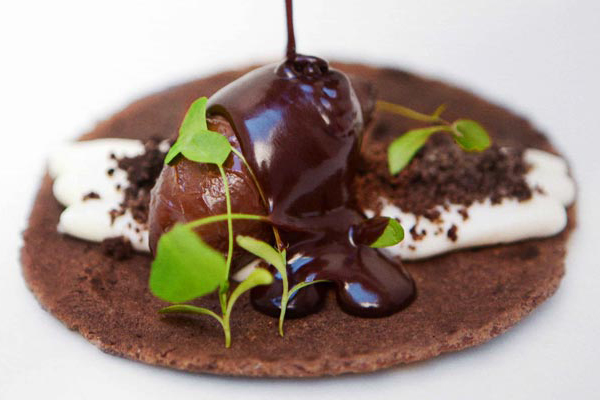 THEN WE EAT. REALLY WELL

Dulce Patria
Anatole France 100; +52-55-3300-3999
Chef Martha Ortiz is a romantic about Mexican food. Her gold and Mexican pink restaurant in the heart of Polanco is where I like to go for upscale Mexican fare.
Read More on Fathom: Behind the Scenes of "My Last Supper"

Pujol
Francisco Petrarca 254; +52-55-5545-3507
Chef Enrique Olvera has been listed in the best chefs/restaurants in the world. The food and dishes are the main act, with two set menus to choose from. The full flavor of traditional Mexican dishes pairs really well with Casa Dragones.
Read More on Fathom: On the Road in Mexico City 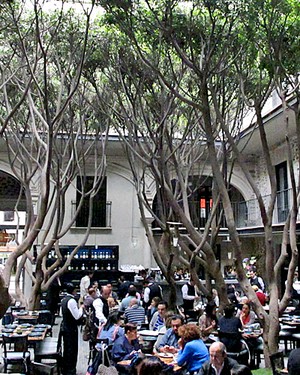 Azul Histórico
Isabel La Católica 30; +52-55-5510-1316
The newest restaurant from chef Ricardo Muñoz Zurita is located in the heart of downtown on the patio of an historic building. He serves special festival menus every few months from every region of Mexico.

Contramar
Durango 200; +52-55-5514-3169
The best seafood hot spot. Packed seven days a week. It's only open for lunch, but keep in mind that Mexican lunches last until nightfall. You'll likely spot art world personalities like Gabriel Orozco, Patrick Charpenel, and Miguel Calderón and actors like Gael García Bernal and Diego Luna.
Read More on Fathom: On the Road in Mexico City

El Cardenal
Palma 23; +52-55-5521-8817
The best Mexican restaurant, open only for breakfast and lunch with four locations: Centro Histórico, Lomas, Alameda, and the newest in San Ángel. Amazing escamoles and maguey worms with homemade tortillas. The bread is baked daily in-house, and the sweet breakfast rolls called conchae are to die for. 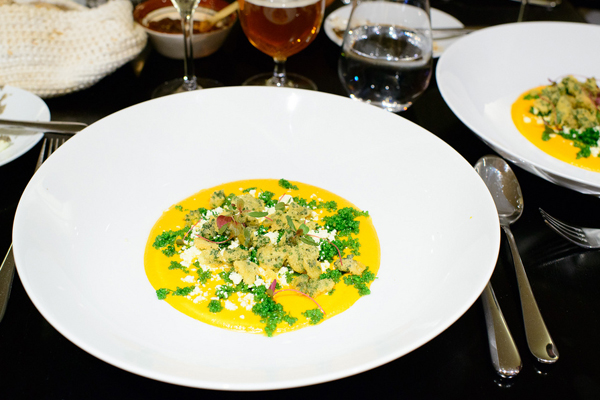 Quintonil
Newton 55; +52-55-5280-2680
Hidden in Polanco and strictly for those in the know. Very good new Mexican cuisine with traditional ingredients. Try huauzontles and the perfect egg with rice. 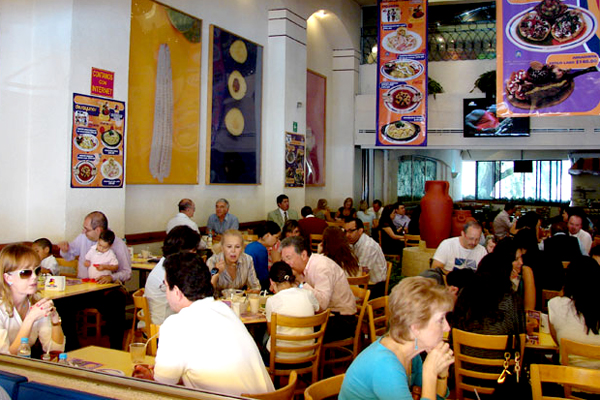 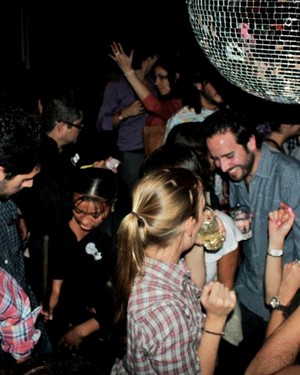 AND THEN WE PARTY

M.N. Roy
Mérida 186
The hottest and trendiest club in town with a different DJ every night. Arrive before 2 a.m. if you're not a member. The place fills up after 2 and goes until someone says stop — usually well after daybreak.

Leonor
Nuevo León 163
The club where everyone knows your name and there are familiar faces all around. Good music and a great mix of hipster and posh.