Getting turned away from the hot Jerusalem restaurant he wanted to go to led Mark Colodny to an even better spot across the street. A study in serendipity.

JERUSALEM – Having not given it much thought but acting on the recommendation of a well-traveled friend plugged in to some Israeli TV presenters, we showed up on a perfect warm Friday afternoon at MachneYuda in downtown Jerusalem. The restaurant, which is in a dense section of the city, a few blocks from the souk of Mahane Yehuda, is unmarked, except for the small throng outside waiting for tables. This should have been our tip-off that marching in without a reservation was ill-advised. One of the throng told us — scoffing a bit — that she was waiting on the table she had reserved a month in advance, which was the requirement here. Hopes dimming, we charged in anyway, only to be told — graciously — that a table was out of the question, presumably until 2027 or so. Obviously we weren't with the program.

Good thing, though. Since otherwise we would not have discovered their also unmarked sibling restaurant, Yudale, directly across the street. Yudale has no tables, only an extensive open-air bar surrounding an open kitchen with colorful tiles and an amusing cast of bar chefs straight out of Delicatessen or a Brueghel painting.

"Get with the program," we were told brusquely by Noam, and handed two shots of Arak el Pasha liquor (sort of a bottom-of-the-shelf ouzo). The third was for him. Okay then.

Turned out the format of Yudale is waitstaff participatory: When Noam picked up a forkful of livers from the plate of our Israeli barstool neighbor and she balked when he tried to feed it to her, he ate it himself. And why not? The music (check out Ani Rotse Lazuz, and you'll get the idea) was club-decibel level and the bar crowd fairly raucous, and people seemed to be in a very good mood. Our barstool neighbor, who was from a Dead Sea town without much food action, was happy to oblige. 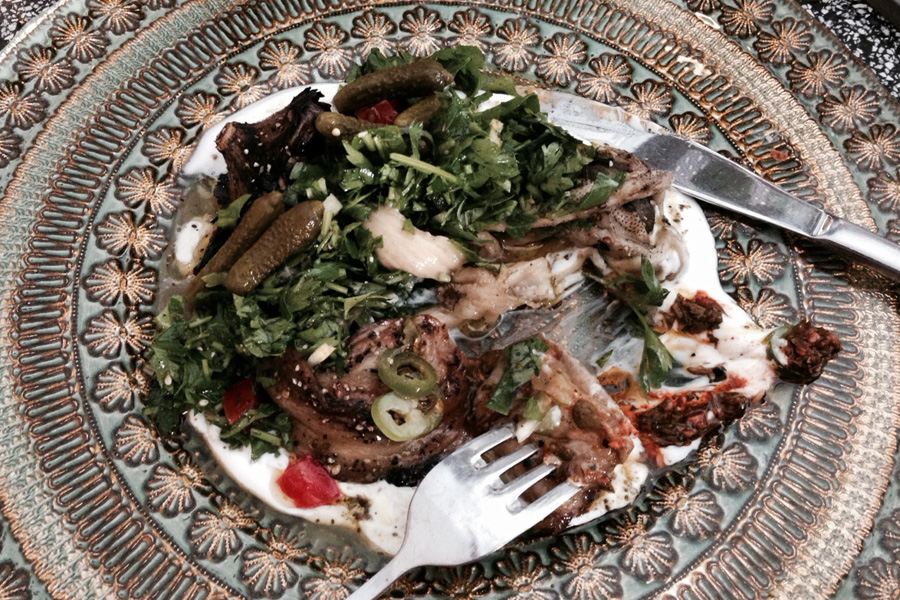 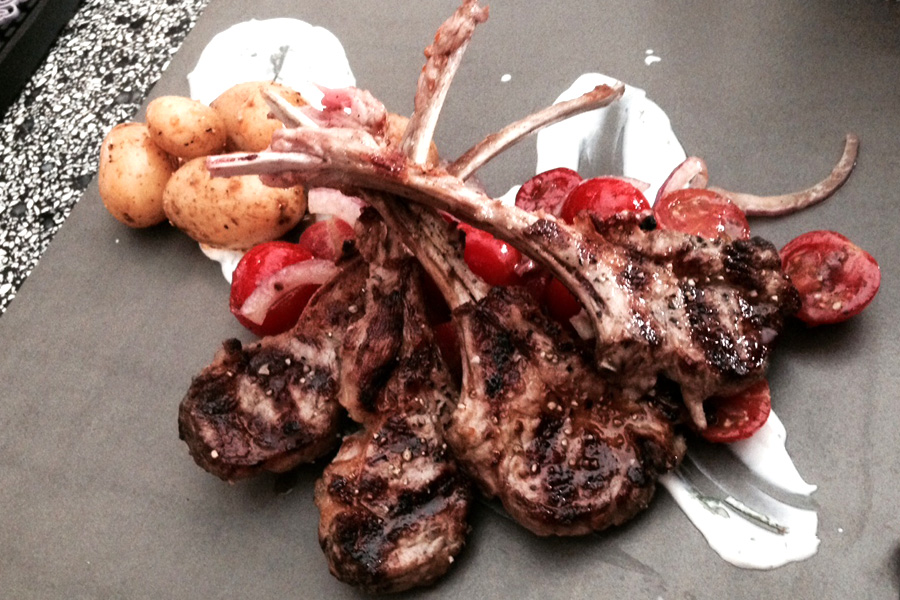 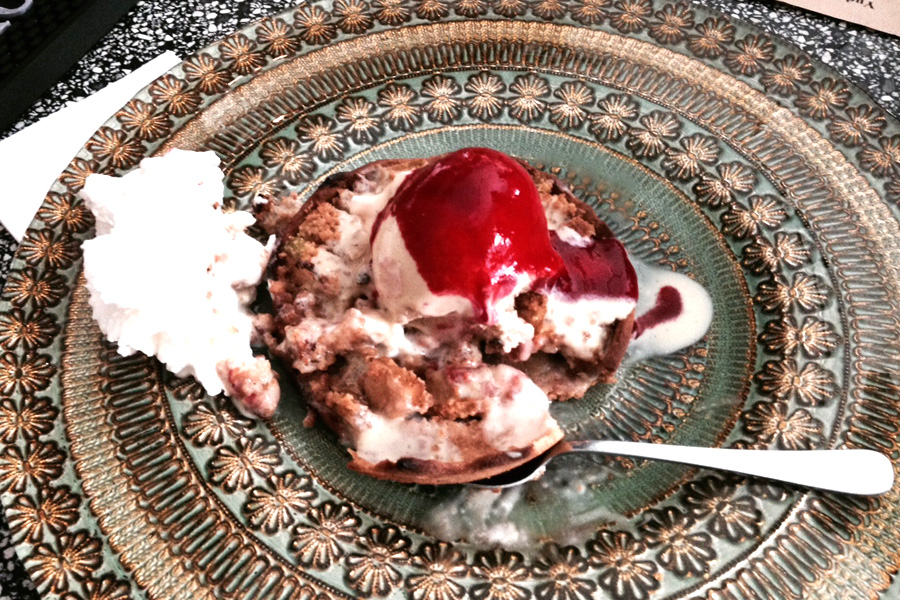 All of this might suggest the place was trying to draw attention away from the food. Not so. The food was excellent and cleverly presented. Were it not for the looming dorm room-style Schwarzenegger poster, this might have been fussy Eleven Madison. The menu changes daily, and the Friday we were there the menu included the following items: "I was like, fry some mushrooms, she was like, add some blue cheese on top" (appetizer) and "Best goddamn apple tart in the history of mankind (for this week)," which was accurate. We had, and loved, lamb chops and aubergine with labane and chimmichuri sauce.

When we handed another waiter, oversized Jackie O-sunglasses-clad stubbled Yahav, our iPhone and asked him to take our picture, we posed — and he instead handed us back the phone with a selfie. Lots of attitude, no preciousness, and excellent food. Well worth the scornful dismissal from the crowd at Machneyuda across the street. 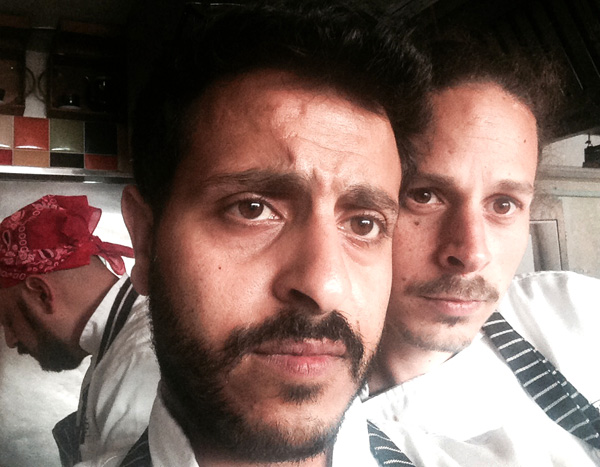 The selfie in question.