Sometimes it pays to ignore the dire headlines. U.S. Department of State urges caution, but we keep hearing that it's a great time to visit Egypt. You'll see history in the making, and you'll have the ancient treasures all to yourself. Boykin Curry, a NYC-based investor, world traveler, and father of three, just got back. Here's what he saw.

EGYPT – If you ever plan to see Egypt, go now.

There are normally two ways to beat the crowds to a special spot. One is to get there first, before it shows up in all the travel magazines, but Egypt has been a popular destination since the early Greeks began visiting what were already ancient pyramids. Another is to go off-season, but Luxor is 110° in August.

I propose a third way: Be brave. Skittish tourists have abandoned Egypt, leaving the great monuments — normally crawling with people — yours to contemplate in peace.

In recent high seasons, lines to enter the Great Pyramid or Royal Tombs stretched an hour or more. Once inside, visitors were jostled in hot, crowded spaces, hurried along for the next group, tight behind. Boats on the Nile competed for landing slots, and waiting to get through the locks south of Thebes could take a full day. Far from evoking Ancient Evenings or Howard Carter's age of discovery, modern excursions usually feel more like Disneyland at spring break. It is hard to take yourself to another era with fanny packs bumping you from all directions.

But with tourism down 80 percent, your pharoanic or archeological fantasies are less likely to be interrupted today. This is perhaps your only opportunity to explore the tombs, the temples, and the Nile by yourself, to walk alone among the columns and to see a little of what people saw 4,000 years ago.

In the past year, not one tourist has been injured. The most dangerous part of the trip may be the taxi from Cairo airport. Even standing at ground zero of Tahrir Square, as demonstrators gathered for the revolution's one-year anniversary, my wife Celerie and I never felt danger. Without being pollyannaish regarding the serious challenges that lie ahead, there is a nervous sense of excitement in Egypt and, for visitors, a chance to witness history up close.

In the future, the moment will be lost. Either Egypt will collapse into chaos, rendering travel there foolhardy. In this case, the sites themselves may be threatened: Plundering is already evident from fresh holes in the sand. Or, more likely, in my view, the sense of danger will pass and the crowds will return. You will pay for your reluctance in the future as you stand in long, hot lines for a quick glimpse of an artifact over the shoulder of someone chattering loudly about their sore back and the kids back home.

If you want to make a once-in-a-lifetime connection with the earliest glimmers of ego, violence, power, faith, passion, and art, then take a deep breath, cancel your current plans, and jump on the next flight to Cairo.

If you are short on time, you can see a lot in a week. Spend a day in Cairo, three or four nights on a boat between Aswan and Luxor, and, if you have more time, explore the desert. 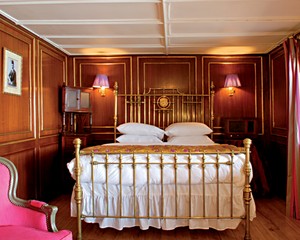 Instead of the floating hotel ships, consider the SS Sudan, the only remaining steamship on the Nile. Built in 1885, the Sudan was once King Farouk's personal boat. Today, the dark wood panelling and the mismatched antique furniture is transporting. The good food and the small number of guests make it feel more like a dinner party than a cruise.

In Luxor, Hotel Al Moudira is a designer's take on an Egyptian palace.

Bring a bottle or two of your favorite wine. Imported wine is taxed 400 percent on the ground.

Presidential elections will be held on May 23-24, 2012 and again, if necessary, on June 30, 2012. Exercise caution, and think twice about getting too close to public demonstrations. For more info, read the U.S. Department of State's travel alert for Egypt. 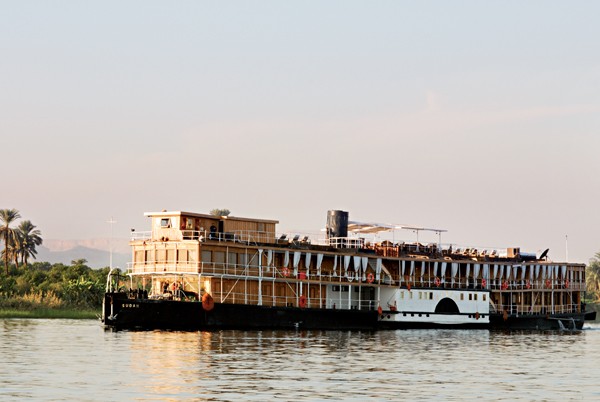