She only thinks she's seen it all. Rima Suqi discovers what the big deal about Aman Resorts is all about at Amanruya in Turkey. A love letter.

BODRUM, Turkey – For years I've heard friends gush about Aman resorts. And while I wanted to believe them, the been-around-the-world travel writer in me secretly wondered what the fuss was about.

Then I got to see for myself. 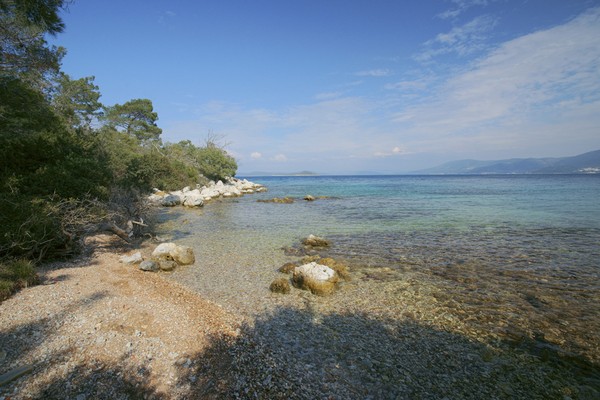 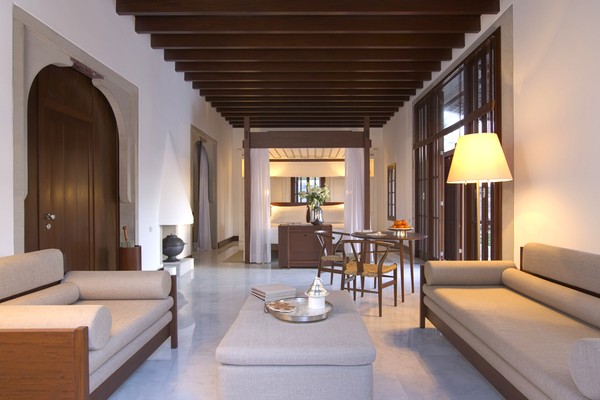 The journey went something like this: After a week in Istanbul, I hopped a one-hour flight on Onur Air (no fees to check luggage, free food) to Ismir, toured Ephesus (amazing despite the crowds) and the House of the Virgin Mary (her alleged last resting place; who knew?), spent the night at the so-called boutique Hotel Carina in the neighboring town of Kusadasi (great public spaces, rooms need an update), and woke up early for a three-hour bus to Bodrum. At the end of the bus ride, passengers are offered cologne. Apparently, it's because riders are considered guests. Sharing perfume is an old ritual in Turkey, though one more likely to happen when paying a visit to friends or family. This was a new one for me. (Here's an interesting article about kolonya.)

The point of recounting these details is to make it clear that I was worn out from the journey. Three nights Amanruya turned out to be the perfect place to end my trip.

Because Amanruya is pretty damn perfect. Sure, a couple of things were off. They always are when a place first opens, and this is, after all, Turkey. But they were minimal and not worth mentioning. 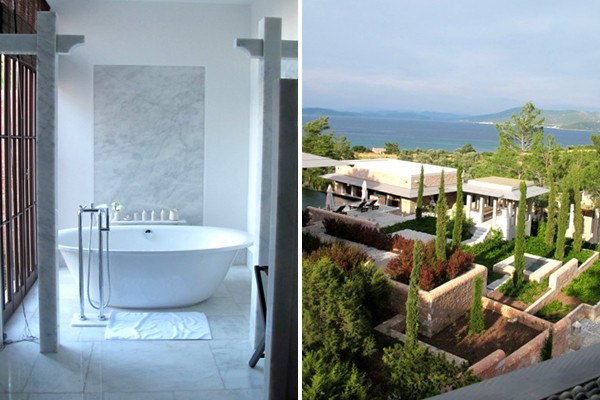 Seen from a plane, this place probably looks like an old Anatolian village nestled in a hillside full of olive and fir trees. This, according to the architects who are also part owners and long-time residents of the area, was done very much on purpose. Every room is a free-standing stone cottage accessed by stone walkways with stone stairs. My room (and all the others) had the most amazing marble bathroom (Turkey has quarries galore), a bed surrounded by curtains you can open or close, a seating area, and your very own, private-enough backyard with a pool (skinny-dip), daybed (skinny-lounge), and outdoor shower. This place is clearly meant for a romantic tryst, and I had checked in solo. I travel alone often, and it's usually fine. Here, it was torture. 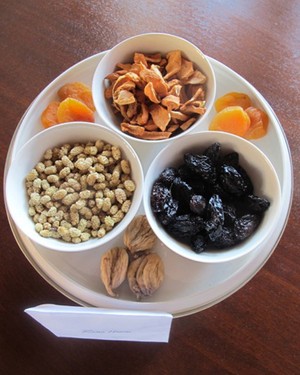 Every day the staff made sure my room was stocked with dried apricots, figs, and nuts, as well as several varieties of tasty cookies and coffee. They provide a canvas tote (useful for transporting necessities to the beach) and flip-flops for those who forgot to pack them. The property is hilly and hazardous for heels. I tried; it was comical. When I'd come back to my little house after dinner, the whole place was shuttered, the curtains were drawn around the bed, and the turndown elves had left the most perfect footed tagine filled with late-night treats. On the sound system: a mellow mix of Ottoman music by Abdi Coşkun.

It was heavenly. Did I mention the full moon sending the perfect beam over my private pool? Torture. 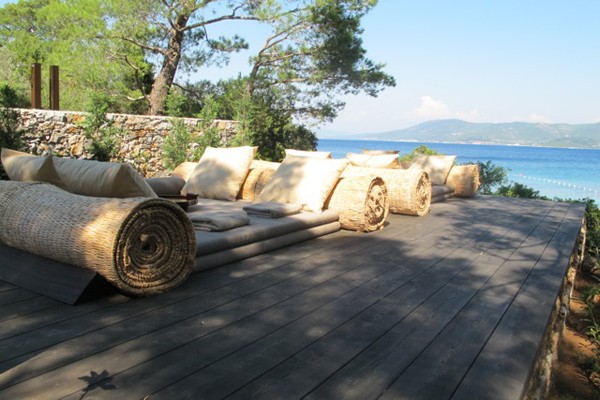 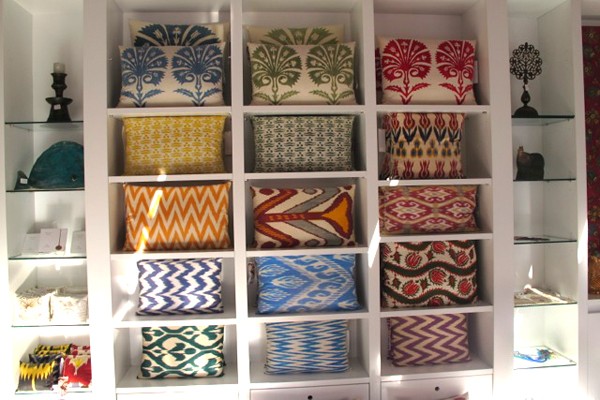 The public spaces were designed to be more modern while still recalling local architectural influences. But basically they're box-like structures of stone and glass with stylish furnishings and killer views of the sea. My favorite was the smallest of the lot, a simple box perched higher than most, seemingly in the trees. It was a few steps away from the library, a three-story structure with a spiral staircase that led up to a perfect room with round windows, a ton of books, comfortable seating, and another killer view. No matter where I went, there was always a staffer nearby to offer drinks and snacks while I read The Museum of Innocence by Orhan Pamuk (the actual museum opened earlier this year in Istanbul — a must-see if you're in that city). I found myself opting for a pre-dinner raki, out of empathy for the main character, who drinks a lot of raki. 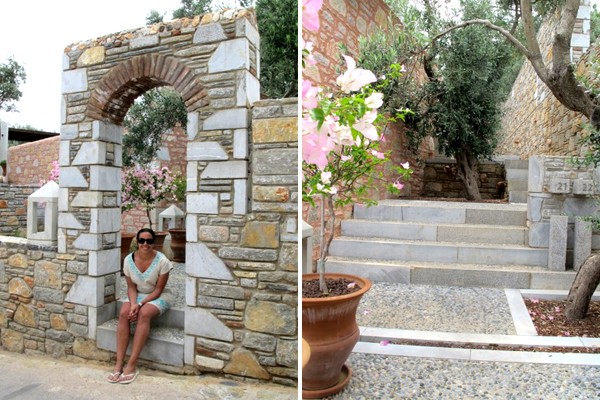 For dinner: more options. The first: Where to eat? There were four rooms, also glass boxes of sorts, perched on the hillside. I just needed to decide which view I wanted, a choice often based on who else was (or was not) in the room. Then there was the menu, with separate sections of Turkish, Western, and either Indonesian or Thai dishes. I ordered room service for breakfast once, and, while a meal by the pool is lovely, I preferred hanging out at the beach club. It was a 15-minute walk down a sandy path to Amanruya's private beach. There were many places to sun and seek shade, tables for dining on a great and light menu that changed daily, and a jetty for easier water access (the beach was a bit rocky).

For three days I pretended that all this — the little house with a view of the sea, the private pool, the daily turn-down, and Joel Robuchon-alum cooked meals — was my completely normal life. 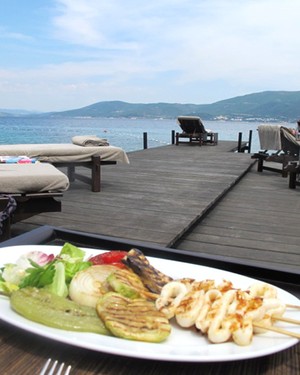 Re-entry into reaity was harsh. But I can now confirm that all those people who rave about Aman are not blowing smoke. This was only my first experience of their hotels. But it was enough. I get it, I love, it and I'm pondering my next trip.