Will the snow ever stop this year? That's the question that most of the United States has been asking throughout this unseasonally wintery winter. Our friends in, say, Atlanta, may be struggling to cope with the snowy onslaught, but others are finding inspiration in the scene. Writer Elizabeth Hare and photographer Bernadette Durham composed this ode to winter on location in Ward Pound Ridge Reservation, a county park in Westchester, New York. Elizabeth travels for the mindshift. Bernadette travels for the inspiration.

Echo and Narcissus in Winter

I travel the snow-covered paths alone, a scion of the sky, brother to birch and phoebe. I tread on ancient rocks and skirt the low winter tendrils with an unnamed busyness, entwined in solitude with my knife and hunter's net, offering only wind and shadows their chaste pass of my skin.

Echo, the once-nymph, has a boomerang that flies outside the forest, past the moon, beyond the gods of form. It curves past the will of a boy stalking phantom stags by an impassable river. Wound hard in thought, he won't be transported by its swirling embrace.

motionless —
a trickle carries me everywhere

The heart of the universe is a mirror reflecting the goodwill of boomerangs.

I gaze into my shiny floes while the stream drowns the last of the morning's birdsong. 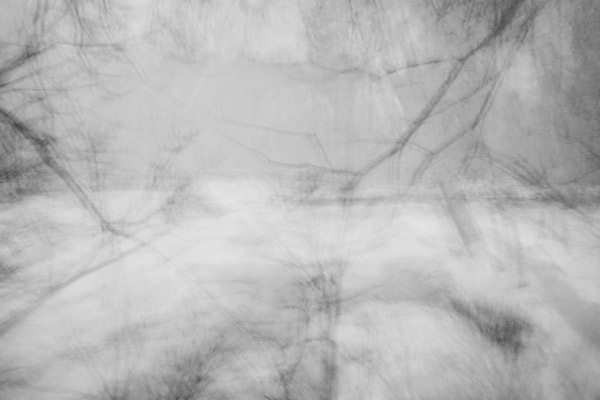 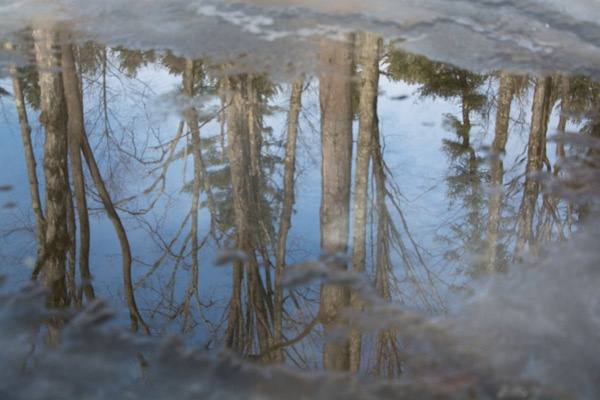