When her family moved to Asheville, North Carolina, Kerry Saretsky (writer, foodie, New Yorker, Fathom contributor) fell in love with the town's burgeoning food scene. With barbecue joints that smoke their vegetables and their brisket, with chocolate shops that perfume the air. No one was more surprised and delighted than she was.

ASHEVILLE, North Carolina – When my family told me they were buying a house in Asheville, the first thing out of my gaping mouth was "Why?!" They had lived in Paris, New York, and Casablanca. Clearly North Carolina was a step in the wrong direction. But I admit, I was wrong.

I quickly fell in love with this town. It's wild and laid back and fresh and historic. There's a sense of entrepreneurship, artisanship, authenticity — and, yes, the beards and plaid shirts that tend to accompany them. There's whiff and freshness of hipsters, but none of the pretense. More than anything, Asheville is inimitably delicious, with a restaurant scene that rivals that of my hometown, New York City. Recently, and often, I find myself walking down Second Avenue, mumbling that someone should open a fill-in-the-blank restaurant, "like that place in Asheville." These are the places I would import up north if I could. And a word to the wise: When in Asheville, order everything with a pint of local beer.

For Farm-to-Table and Nose-to-Tail

Table
48 College St.; +828-254-8980
It's all about the ingredients. The menu is peppered with words like "local" and "heirloom" and "such-and-such farm." The attentive, honest style of cooking pulls combinations from a well-shuffled deck of Southern ingredients. But I was sold on this place was my mother asked the waiter what was so great about the $18 burger and he replied, "It"s all from one cow." Which made us wonder, how many cows are in the burgers we get from other places? The burger lives up to its price tag. Tempura fiddlehead ferns are a must when they're in season, and radishes with bonito butter are worth a try. 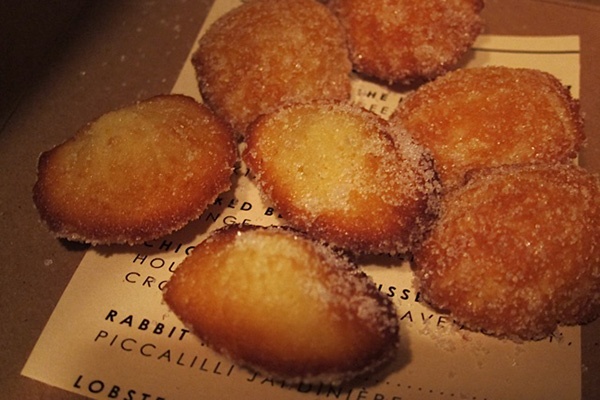 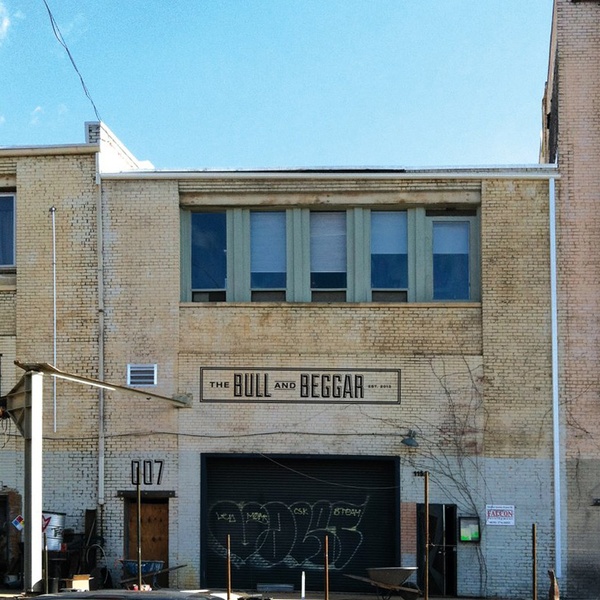 Don't judge a book by its cover. Photo courtesy of Bull and Beggar.

For a Diamond-in-the-Rough Dinner

The Bull and Beggar
37 Paynes Way; +1-828-575-9443
I love this restaurant. It's one of the best examples of French-infused local American cuisine I've ever seen — and I'm a French-American food writer who thinks about this a lot. It's hidden in the River Arts District, where the reclaimed warehouses along the train tracks are now homes to artists' workshops and trendy restaurants. Drive someone here in the dead of night, and they might think you're kidnapping them. Walk into this lofty yet cozy, semi-industrial, intensely welcoming space with little bouquets and Duralex glasses on the tables, and they'll thank you for the ride. Imagine mixing special occasion with late night pigging out. It's that kind of place. I loved the cassoulet and strongly suggest French onion soup with oxtail.The orange-flower scented madeleines are baked to order and come out hot, perfumed, and rolled in sparkling sugar. I've been eating madeleines for thirty-one years, and these are the best I've ever had. 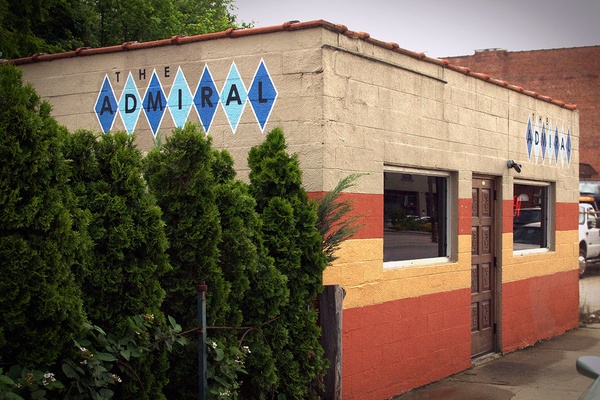 For Dinner and Dancing

The Admiral
400 Haywood Rd.; +828-252-2541
The building is simple cinderblock, but the laid-back place takes its victuals seriously. The menu changes daily, but the idea is consistent: super fresh, inventive, local food with international influence served as sharable mini plates or mains. Where else can you get swordfish with stone-ground grits and lemongrass BBQ? Everything I've had has been flawless and dangerous. The desserts are to die for. On Friday and Saturday nights, the place turns into a dance party. 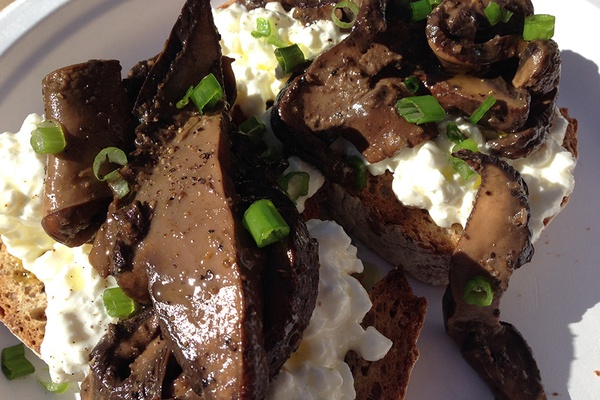 12 Bones
5 Riverside Dr.; +828-253-4499
3578 Sweeten Creek Rd., Arden;
My favorite barbecue place. Not just because I dream about the smoke ring on their exceptionally lean brisket. Not just because I love sitting on their open patio between the train tracks and the river. Not just because President Obama has been here. But because of what they do to their vegetables. Hear me out: If the meat isn't good at a barbecue place, what are you doing there? But if a barbecue place smokes potatoes for potato salad and portobello mushrooms for vegetarian sandwiches, you know it's serious. I recommend pulled pork sandwich, wedge salad, and smoked turkey. I love brisket with smoked potato salad and greens. I also take their smoked mushrooms to go for salads and sandwiches at home.

The Gourmet Chip Company
43 Broadway; +828-254-33
There's something to be said about doing one thing and doing it well. And I'm saying it for this place. You come here for potato chips. They fry the kettle-style chips fresh all day long and pile them into a cone topped with one of a dozen combinations of fresh ingredients. I’m partial to Napa (lavender honey, blue cheese crumbles, sea salt) and Parisian (white truffles, herbed goat cheese, sea salt), but next time I'm trying Belgian — locally grown sweet potato chips with Belgian dark and milk chocolates and sea salt. Five dollars have never been better spent. 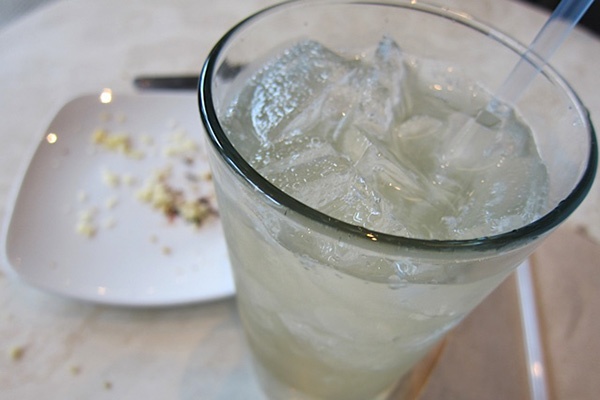 French Broad Chocolate Lounge
10 S. Pack Sq.; +828-252-4181
Everything is chocolate. Phenomenal, inventive chocolate truffles (Earl Grey, Indian kulfi, lavender, and honey). Chocolate cakes (they make one with olive oil). Chocolate-dipped cookies. Drinkable ganache. Even chocolate crème brûlêe. Everything is made in-house. The coconut macaroon brownie and pot de crème are sensual. I can’t wait to try the beer float. For those who don't love chocolate, there's still plenty to dream about. Despite the grown-up Charlie and the Chocolate Factory feel, my favorite thing here is homemade soda — the lavender alone is worth the trip downtown. 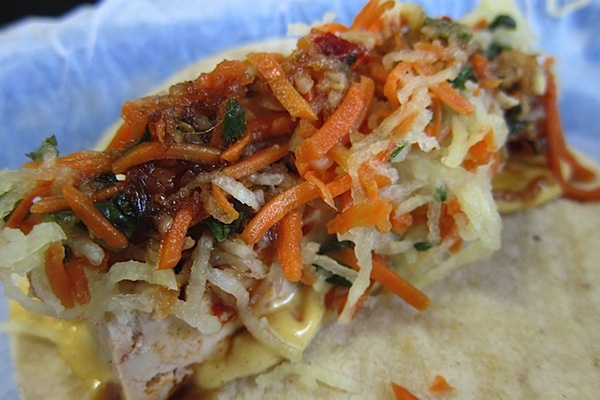 White Duck Taco Shop
1 Roberts St.; +828-258-1660
12 Biltmore Ave.; +828-232-9191
There are two locations, which makes wanting lunch here everyday only slightly less weird. The idea is simple: Stand in line at the counter thinking about how you are going to be reasonable; order as many of the inexpensive, inventive tacos as you can cram into your stomach; sit down, eat them, and plan which ones to get next time. Start with a fish and a mushroom, potato, and romesco taco. Against better judgement, pig out on black bean and cheese, mole duck, barbecue carnitas, and banh mi tofu tacos. Return on an empty stomach for the steak and cheese taco that everyone was talking about last time. 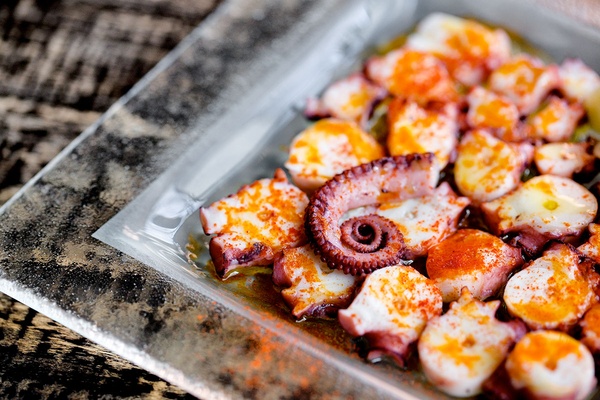 Curaté
11 Biltmore Ave.; +828-239-2946
I recoil from describing this place simply as a tapas bar, which makes me think they serve small, oily, overwhelming single-note dishes. It's a bright, bustling space on the main drag in town with a big bar and intimately spaced tables. The food is unexpected, exciting, punchy and very sharable. It's a place for conviviality and camaraderie; a spot to take great friends. Bring a troupe to tackle pulpo a la gallega, perfect octopus with smoky Spanish paprika and potato purée; berenjenas la taberna, fried eggplant with mountain honey and rosemary; migas, cauliflower and brussels sprouts with a celeriac mousse; and tarta de pistacho with lemon-thyme ice cream for dessert. Don't miss cerdo ibérico a las finas hierbas, tender pork flank steak with thyme and rosemary. It will blow your mind.