After years of turmoil, Yangon is blossoming into a city of grand architecture, two-thousand-year-old gilded pagodas, and eclectic street food. Kate Donnelly gets the lay of the land in Myanmar, which is once again welcoming Western visitors.

YANGON, Myanmar – Last April, at the end of the sultry, dry season, I spent a few days in Yangon, Myanmar, on a Hong Kong-Myanmar-Hong Kong jag that fell on the cusp of the Myanmar Water Festival, which ushers in the new year. It's believed that water washes away any past misdeeds and provides spiritual renewal, the turning of a new page. If you happen to be here at this most fortuitous time of the year, you'll probably get splashed. Dousing cool water on people is a gesture of good luck. Here's what else I saw in this magical city. 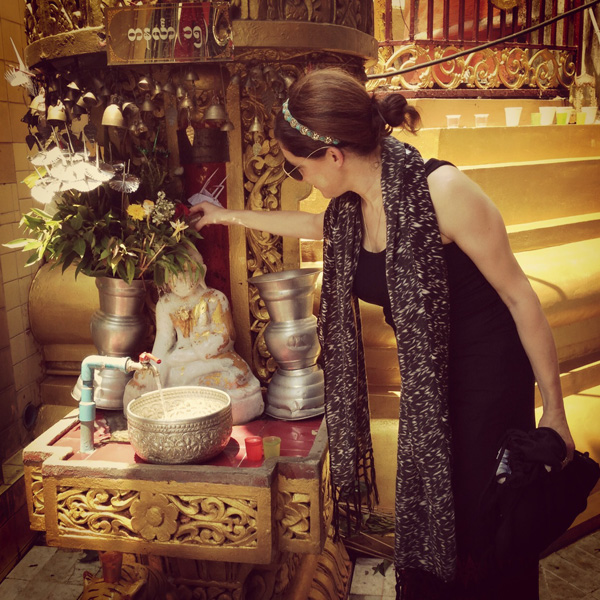 WHAT TO DO AND SEE

The Architecture
Look around you. Ghosts of the past linger everywhere. Burma is a time capsule of British colonial treasures, the most you will find in Southeast Asia. Behold the majestic, crumbling buildings in various states of glorious decay, faded and peeling like old family photographs. It's a beautiful, fragile sight of baroque and beaux arts buildings constructed between 1900-1920. Grand structures rest like ghostly relics behind chain-link fences fading into the hazy, humid landscape.

Those still standing and worth special note are the former Myanmar Railway Headquarters, the spectacular Immigration Building (once Asia's ritziest department store, Rowe & Co), and the High Court Building built in 1914 in Queen Anne style. The Secretariat Office, also known as the Prime Minister's Office, is where General Aung San was assassinated in 1947.

Shwedagon Pagoda
It's hard to miss the massive, glittering, gold-plated sprawl of stunning temples, stupas, and statues where monks worship, offer flowers, wash statues, and mediate. Your best bet for crowd control is entering on the east side. Out of respect for Buddha, check your shoes and socks at the door.

Inside, the scene is as breathtaking as it is overwhelming. It's also a bit like a Buddhist version of Las Vegas, with sprawl and countless glistening golden Buddhas, colorful spinning wheels, bright marble floors, and lightshows. Look up at a 325-foot stupa. The light changes rapidly. Try to time your visit so you're here for an hour before sunset, when crowds have thinned and the sun loosens its grip on the day's heat. (Your bare feet on the marble floor will thank you for this.) Watch the evening colors transform into amber and orange hues. This is the best time to take photos, while locals linger and appreciate the sheer scope of the place. Don't forget to leave a token of appreciation: Individuals, not the government, pay for the upkeep at Shwedagon.

Sule Pagoda
It's important to understand Burmese history (here's a quick history) when touring the 2,500-year-old Sule Pagoda, which holds special merit as a meeting point for anti-government and pro-democracy protestors. To truly comprehend how much Myanmar has changed, watch the 2008 documentary Burma VJ before your trip. It shows, in handheld camera footage, the 2007 protests against the military regime. Most shocking is the point-blank shooting of Japanese journalist who died while filming a demonstration. Walking around, you can't help but think that only six years ago Buddhists monks were leading protests. It's a powerful reminder of the stark contrast between then and now.

Inside, pour holy water over the your designated birthday's Buddha to help wash the day away. I'm Monday's child and my sign is tiger. Apparently, I'm intelligent and intuitive with a keen eye for detail. Okay, I'll take that.

Set Free the Birds
Outside Sule Pagoda, visit a palm reader or buy a few of the little doves anxiously trapped in cages, waiting to be liberated. It's a Buddhist practice based on the idea of earning merit by setting free captive birds. 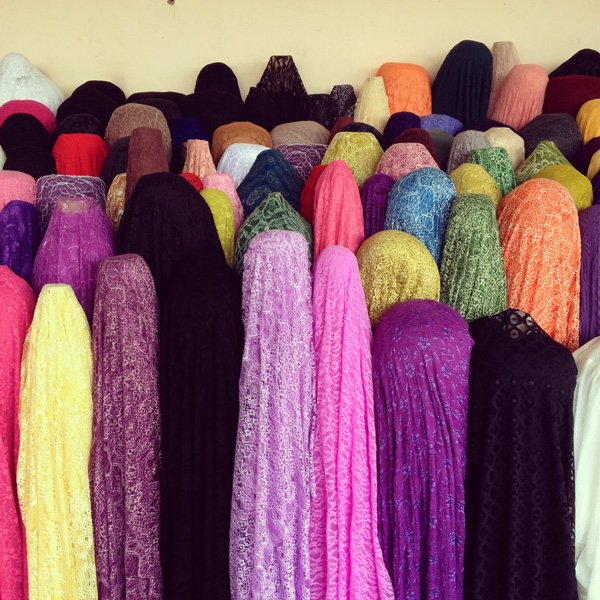 Bogyoke Market
Built in 1920, Bogyoke Market a trove of betel nut peddlers and vendors hawking fish and poultry, a magically diverse selection bursting at the seams with strange brown and faded green spices and herbs, stacks of bold chilies, bright fruits like papaya and watermelon, and green leafy vegetables. Buy some pretty, bold, and amazingly reasonable fabrics to bring home to someone who can sew something lovely.

Street Food
The aesthetically fascinating street food is its own culinary genre. You'll often see "Safe Food" slapped on a vendor's cart. The only thing questionable to my Western stomach was the sushi sitting outside in the roasting sun.

Have a Drink
The brilliantly restored Strand Hotel is another reminder of colonial architecture. Grab a seat at the bar, order a Dagon lager or a Pimms cup and channel the ghosts of legendary literary guests past — Somerset Maugham, George Orwell, and Noël Coward.

Myanmar Water Festival
The festival in April marks the end of the hot, dry season and ushers in the new year. It's a celebratory time, and I was there for it, getting doused with cool water by giddy and well-intentioned locals. The dripping clothes were no bother. This cleansing ritual helps me realize the promise of the new year. 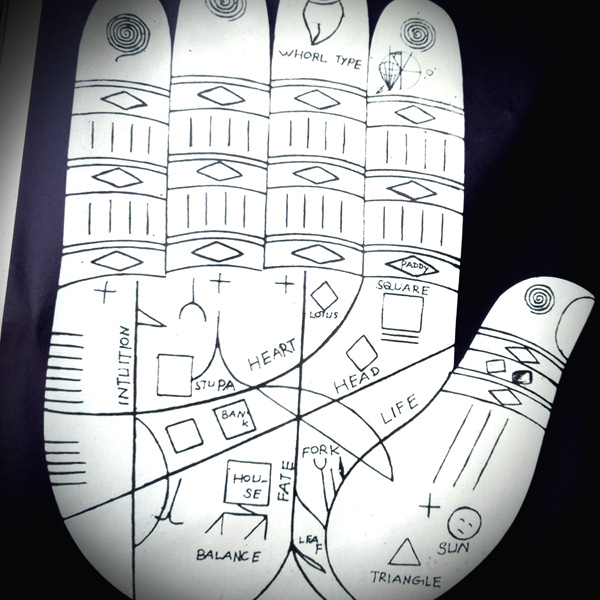 The Scene
Yangon is not a late-night city. It's an early-dinner drink, supper, and bed.

Transportation
Motorbikes are outlawed, which means you're in a car, a bus, or on foot. Driving is thick and condensed. At times, I felt like I was in a dizzying video game. Cars zigzag back and forth; pedestrians display eye-popping bravery coming off the narrow, crumbling sidewalks. It's a spontaneous, well-curated dance. Peak-hour traffic is chaotic. Pay attention and be careful before you cross.

Taxis are amazingly cheap. It costs about $2-3 to get across town. The city of more than four million is often in gridlocked traffic, so exploring at odd hours is the smarter move.

Communications
Mobile phones are extremely rare. The Yangon version of telecommunications is a payphone set up as a series of private streetside stalls on tables outdoors. Visiting someone? Doorbells dangle from tenements by thin wires.

The People
You walk among other tourists, locals, and, of course, Buddhists, who constitute 89 percent of the population. The little girls are called nuns and wear monastic pink robes and have shaved heads. Monks are easily recognized by their dark saffron-colored robes. Monkhood takes men through two phases before and after the age of twenty.

The Look
If you want to look like the locals, buy a longyi, the sarong-like garment everyone wears. It's a sheet of cloth printed with various subtle patterns — comfortable and simply crafted. Before heading out, apply the Burmese sun lotion thanaka, a yellow-white paste made from ground bark. It's been used for over 2,000 years and is commonly seen on the faces of Burmese women. You'll see Burmese men chewing and spitting betel nut, a mild stimulant that leaves hard-to-miss and brightly red-stained teeth.

Currency
Cash is king. Especially crisp, untouched US dollar bills. Bring them in wads. A note on this front: When I went to the bank to get wads of singles, I learned that the United States Treasury prints most of their dollar bills around the holidays. That's the best time to stock up. Everyone negotiates in US currency. Though the economy is rapidly changing, credit cards are hardly accepted.

Traders Hotel
The 22-story hotel, part of Shangri-La Hotels and Resorts' portfolio of Traders Hotels, is conveniently located in Yangon's central business, culture, and shopping district, the economic capital and gateway to Myanmar. It sits at the corners of Sule Pagoda and Bogyoke Aung San roads, and many guest rooms have views of the iconic Shwedagon Pagoda. The internet, by the way, is the best in the city.

I wrote a whole story about that. 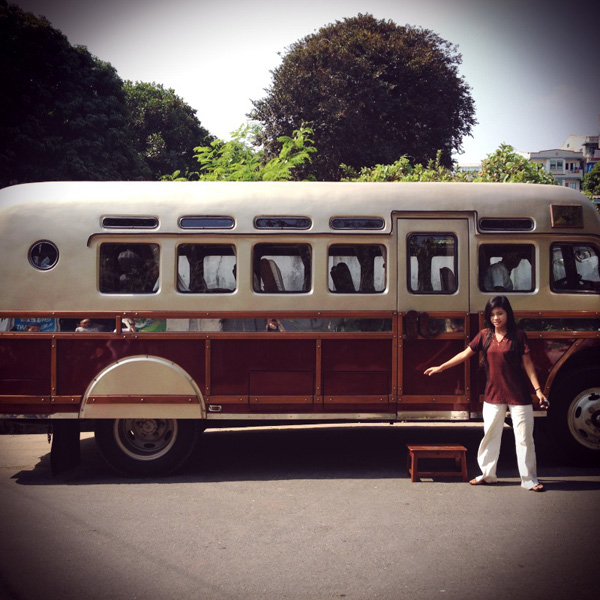 Visas: Americans need a visa to visit Myanmar. The entry and exit requirements are found on the State Department's website.

Myanmar has two distinct seasons: dry and wet. The best time to visit is from November through February, the cool, rainy season with tolerable temperatures. The dry season from March to May ushers more intense blazing sun and humidity.