This is a city that's always changing — new infrastructure, new construction — but in the last few years, it's been undergoing an explosive renaissance. Formerly run-down neighborhoods, like Neve Tzedek and Jaffa, have become the liveliest and chicest places to live and visit — and now have the some of most expensive real estate in the country. Where's the boom coming from? The growing economy has made many Israelis extremely wealthy, and, as a result, Israel is evolving to accommodate increasingly expensive tastes in food, shopping, and real estate. At the same time, Israel has increasingly become a vacation destination for many Europeans, who come for (and helping to drive the development of) five-star hotels and spas. Some visitors like what they see so much that they're buying in: Madonna recently purchased an apartment in Tel Aviv for $20 million.

Which means visitors will find a bustling, global city packed with amazing restaurants, chic and luxurious hotels, dynamic museums and performing arts centers, enviable shopping, and the largest Bauhaus architectural district on the planet. Tel Aviv has the second largest economy in the Middle East after Dubai and is the 18th most expensive city to live in. Forget about notions of the Holy Land. This old Mediterranean seaport may be drenched in tales of ancient history, but Tel Aviv is anything but a historic relic out of the Bible. 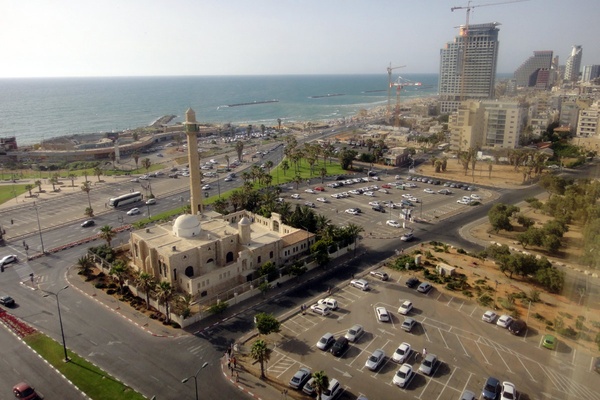 Old meets new by the sea.

Tel Aviv is a fast-paced city that's quite the anomaly. It has a beautiful beach and a lovely Mediterranean coastline. An eclectic rustic but modern port. Art, museums, culture, theater, shopping, and restaurants. And it's all rolled into twenty square miles. And although it's all soaked in thousands of years of history, the city is completely modern. Here's the quick geographic overview, starting at the coastline, where a newly renovated boardwalk stretches from north to south and is lined with charming cafes and hotels. To the south lies Jaffa Port, Old City of Jaffa, and Neve Tzedek; farther north is the new port. In the middle is Central Tel Aviv, where landmarks include Rothschild Boulevard, Shenkin Street, and the National Theater. 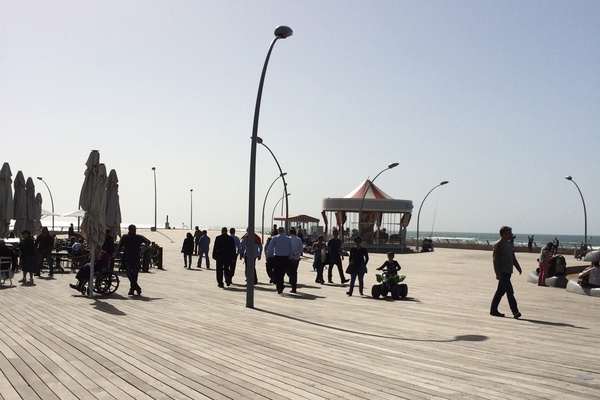 A nine-mile stretch of white sand beaches overlooks the Mediterranean. When you're walking the boardwalk, Tel Aviv feels like a seaside town. The air is cooler and breezy and smells beachy and salty. And the crowd is as lively, attracting all types, as beaches always do. Most beaches have areas where you can rent chairs and take cover under modern, sculpture-like canopies. The views of the Mediterranean are magnificent, and the many cafes along the boardwalk are a great place to take them in. There are stretches of the boardwalk with new fitness areas, playgrounds for children, and skateboarding parks. My favorite is the newly renovated Mitzizim Beach, which is home to two distinct scenes: The southern end is filled with young, beautiful people, making it a great spot to people watch. (If you are into topless sunbathing, this is the place for you.) The northern part is family and kiddie-friendly. I love the dichotomy.

People go to the beach from mid-March through October. The high season is June, July, and August. The beach is mobbed and filled with sun worshippers playing Matkot or Kaddima paddleball all along the beach. The sound of balls echoing off paddles is a little jarring at first but becomes quite hypnotic — much like Tel Aviv itself. 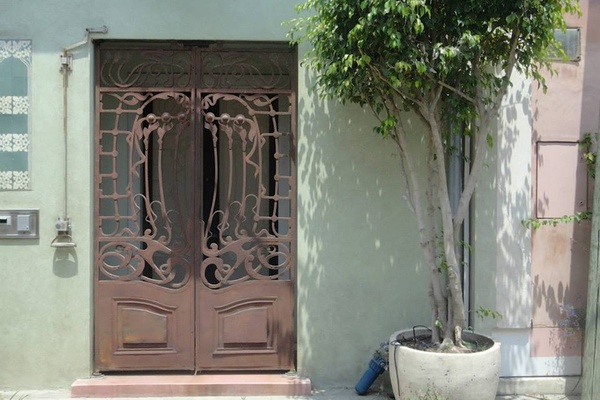 A doorway in Neve Tzedek. 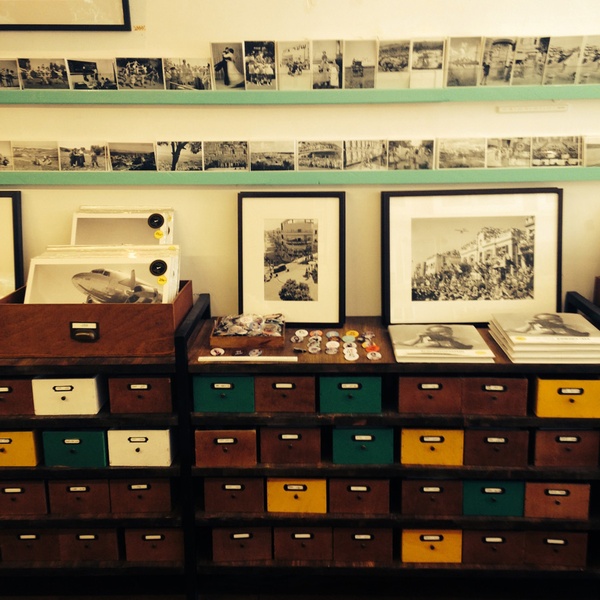 Old Jaffa Port
The promenade in the ancient fisherman's port Old Jaffa has been turned into a modern promenade filled with beautiful shops, art galleries, and cafes tucked into charming old stone buildings. You'll encounter all types hanging around: hipsters, celebrities, artists; locals as well as tourist. From here, it's a nice walk northeast into the Old City of Jaffa through the winding labyrinth of alleyways dotted with shops and cafes.

Neve Tzedek
Tel Aviv's Bauhaus district by the sea makes for another lovely stroll. Established in 1887, the neighborhood attracts a chic, worldly set and reminds me of the Meatpacking District in New York City. Once virtually barren and very run down, the neighborhood has recently undergone a renaissance. Construction projects are restoring beautiful buildings in disrepair, and wonderful boutique hotels, restaurants, and shops have sprung up to keep up with the revitalization of the neighborhood. Not surprisingly, the real estate is now coveted and extremely pricy. Start on Shlom Shabazi Street and head in any direction. You can't go wrong. In addition to beautiful Bauhaus architecture lining quaint narrow streets, you'll find marvelous shopping. (See Where to Shop below.)

The PhotoHouse
5 Tchernichovski St.
Opened in 1936, the world-renowned, family-run PhotoHouse is Israel's oldest photography shop. This is such a special spot; you'll feel the magic as soon as you walk through the door. The collection includes more than one million photos taken by photographer and founder Rudi Weissenstein. An incredible archive of Israel's history, it has won numerous awards and been featured in exhibits worldwide. A documentary film, Life in Stills, was just released on the life and work of Weissenstein.

Tel Aviv Museum of Art
27 Shaul Hamelech Blvd.
Since 1932, this has been one of Israel's leading artistic institutions of modern and contemporary art and home to one of the world's largest collections of Israeli art. Everything is on display: painting, sculpture, prints, drawings, photography, video, installations, architecture, and design. 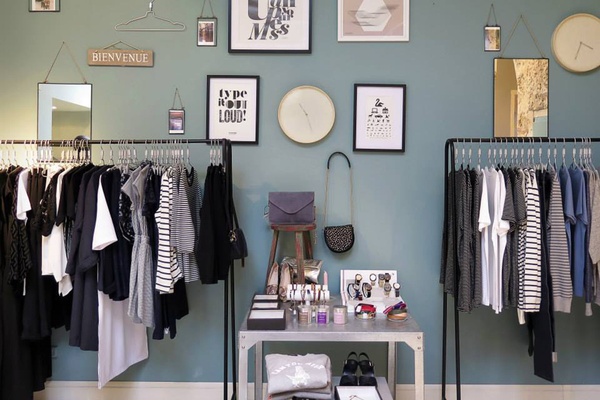 I'm partial to the shopping in Neve Tzedek and these boutiques in particular:

Orit Ivshin
54 Shlom Shabazi
My favorite fine jewelry boutique. Owner Orit Ivshin, whose workshop is in the store, makes the most beautiful designs — minimalist and delicate with a slight edge in natural and earthy hues. She works with gold, platinum, diamonds, and semi-precious gems and is happy to do custom work. She also ships all over the world. 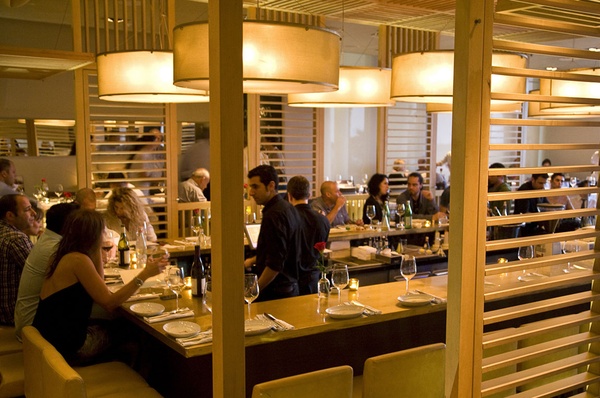 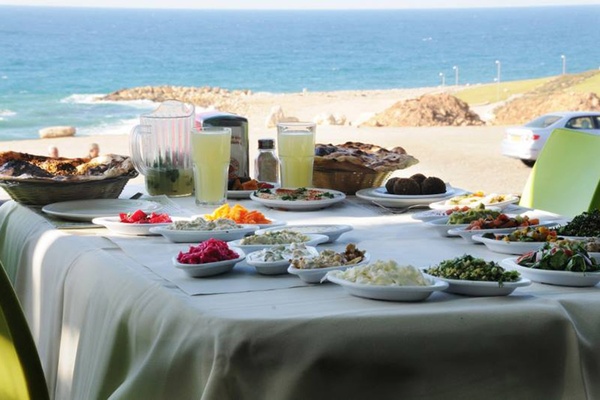 One of the oldest restaurants in Jaffa. Photo courtesy of The Old Man and the Sea.

Herbert Samuel
6 Koifman St.
The best restaurant I've been to in a long time is located on the promenade. The food, wine, service, and ambiance are all world-class. Executive chef Jonathan Roshfeld trained in Cannes and worked his way through Michelin-starred restaurants in France, resulting in a menu that mixes French and Mediterranean influences. The specials and the homemade pastas are reliably delicious.

Montefiore
36 Montefiore St.
The eatery on the ground floor of chic Hotel Montefiore serves superb food is superb and is warm and inviting atmosphere. I feel magically transported to a Parisian bistro when I'm here, one under the spell of Indichina. Every detail — from the leather banquettes and oversized mirrors to the elongated wooden bar and French/Hebrew menu — is sophisticated.

The Old Man and the Sea (Ha Zaken Vi Ha Yam)
85 Kedem St.
One of the oldest restaurants in Jaffa, the hyper local institution serves some of the freshest fish and seafood around and is great for lunch. You will find yourself bombarded with 90 different traditional salads. This is a good thing. Pick a few and make sure to order a whole fish or the seafood special.

Sun Shwarma (Shwarma Shemesh)
85 Jabotinsky St.
This joint on the outskirts of Tel Aviv is the place for diehard shwarma fans. It's so divey in here, I ate in my brother-in-law's car, but it doesn't matter: The seasoning is sensational and they pack French fries into the pita sandwich. There's nothing not to like here. 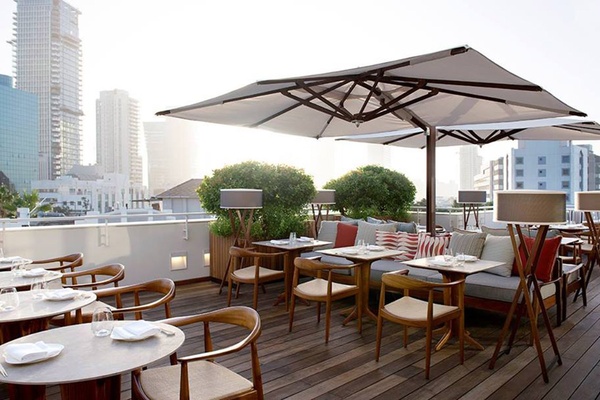 The Norman Tel Aviv
23 and 25 Nachmani St.
The chic new boutique hotel in one of the poshest neighborhoods in central Tel Aviv is close to everything: major art galleries, museums, the National Theater, Shenkin Street, and designer shops and fantastic restaurants on Rothschild Boulevard. And it's a mere ten-minute walk to the beach. The hotel is enchanting, a fusion of 1920s grandeur and contemporary elegance. I like to have a drink at the library bar before dinner at The Norman Restaurant, where the French and Italian-influenced cuisine does not disappoint.

Hotel Montefiore
36 Montefiore St.
Located near the Norman opposite Rabin Square, the warm French décor feels very Parisian. The rooms are elegant, modern, and beautifully appointed, with high ceilings, wooden floors, and earth tones. Each room features the artwork of an emerging Israeli artist. Rooms cost around $400 per night.

The city is at its absolute best from mid-April through June. That's when the weather is perfect and there aren't too many tourists buzzing about. Mid-October through December are ideal as well, though the weather can be on the cool side. That said, I've been in Israel for Christmas when temperatures were in the high 70s.

Tel Aviv is a walking city, but when you're all walked out, taxis are very easy to find.

Find the locations mentioned in this story. (Google Maps)