Cyrena Lee went to Iceland to crash a party and stayed for the fantastic Icelandscapes, bustling nightlife, and very weird food.

REYKJAVIK, Iceland – I went to Reykjavik to crash the wedding of a friend of a friend. (Any excuse to travel.) I didn't know much about Iceland before I got there. I had heard about the magically restorative silica mud at Blue Lagoon Geothermal Spa and about infamous rotten shark (more about that later). But they're only the tip of the Icelandic iceberg.

My friends and I spent a few days in Reykjavik and rented a car for another few days to circle the island. I found mini-forests, glaciers, volcanic pools, black sand, geysers, and waterfalls, and that's just for starters. The dramatically diverse and jaw-dropping landscape provide the perfect backdrop for a country filled with fun and beautiful people, not to mention elves and fairies of folklore.

Reykjavik is so small that it won't take more than a quick walk to familiarize yourself with the city. But there are plenty of interesting local vintage shops, restaurants, and bars to keep you busy for much longer. First-timers should head to Saga Museum for a delightful, interactive lesson in historical Icelandic figures and Viking history and to the crowning landmark, Hallgrimskirkja Church, to marvel at the massive pipe organ, reflect on the Nordic history lesson, and prepare for a night out. 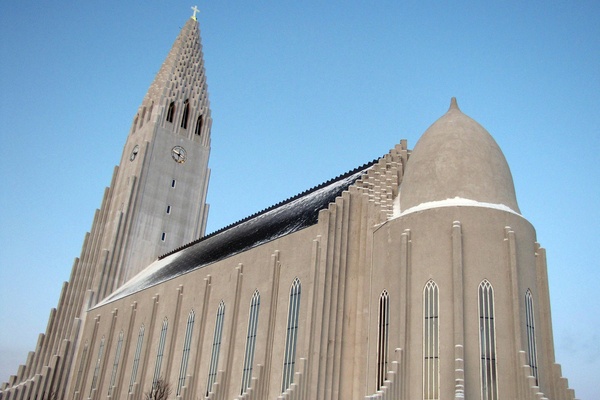 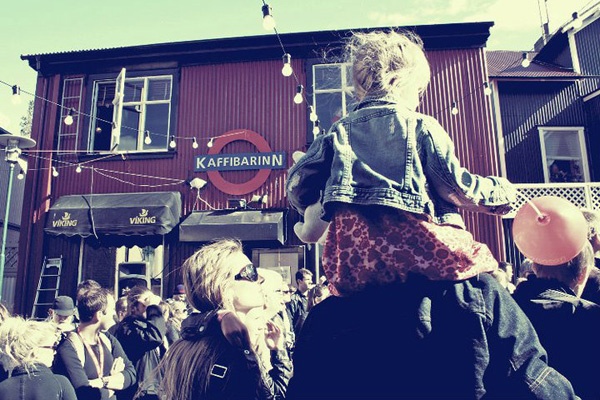 Nightlife in Reykjavik is a buffet of bars and venues. Everyone is out, migrating from spot to spot. So if you're trying to escape an awkward encounter, the chances of running into the same person again are high. Fortify yourself with a shot of their national poison, Brennivin, an unsweetened schnapps that bites — hard. If you don't like licorice, have a beer and revel in the merriness of Icelanders who love to drink and break out into song, especially during the bleak winter months.

Opening Act
Start the night with a drink at the legendary bar Kaffibarinn. A favorite watering hole for generations, it's a great place to befriend the locals. My friends and I were serenaded with the Icelandic lullaby "Sofdu unga astin min" (loosely translated as "Mother Throwing Her Child to Waterfall") by a choir of friendly, bearded Icelandic gentlemen.

Cocktail Class
For sophisticated cocktails, head to Loftið, one of the newer bars in Iceland (it has a dress code), or Slippbarrin in Hotel Reykjavik Marina. Beer lovers, opt for Mirco Bar to sample some of the best locally brewed IPAs. They're hard to find anywhere else.

Late-Night Dancing
Bars are open until around 4 a.m. on the weekends. As a consequence, the main stretch of Reykjavik is usually packed with partygoers. Since mostly everything is within stumbling distance, it's easy to hit several bars, like Bakkus, which has a hipster vibe. To soak up the alcohol, people line up for a hot dog at Baejarins Beztu Pylsur. Icelanders like to inform any Americans that that Bill Clinton has eaten there. Take it or leave it. 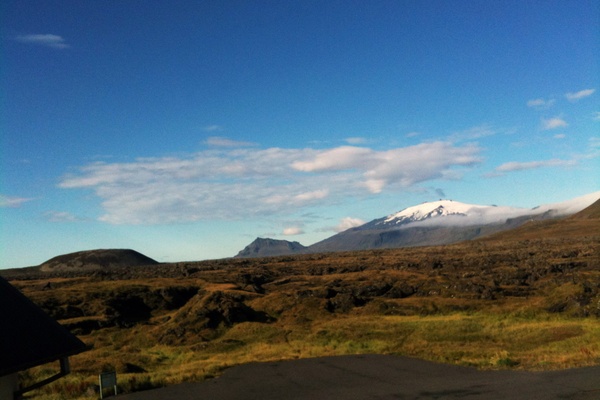 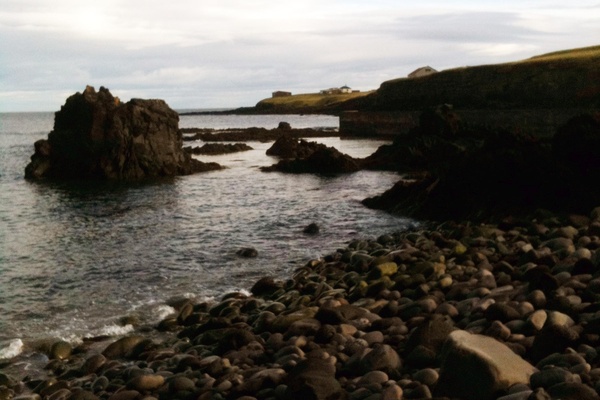 Get Out of Town

There's a scene in A Secret Life of Walter Mitty (which was, incidentally, filmed in Iceland) where Ben Stiller asks a local to rent a car and the local responds, "Yeah, we have a red one and a blue one." It is that easy to rent a car and explore the giant island on your own. (You need a license and a good map.) Set your own adventure along the Golden Circle tour, which includes The Great Geysir, Gullfoss waterfall, and Þingvellir National Park, and make a few stops at lesser-known sites along the way.

Sólheimar
I learned about Sólheimar, a sustainable ecovillage, from a Reykjavikian who volunteered here. A peaceful haven for people with special needs, Solheimar provides community, cultural life, work, and nature at its most untouched. Talk about stable, healthy living. This place is a remarkable and inspiring model for a truly self-sustaining and caring society. Tourists can visit exhibits on clean and renewable energy and eat unbelievably fresh salads made from vegetables grown on-site and served at the peaceful Græna Kannan café. Vala Market and Art Boutique are good for special souvenirs like hand-milled soaps and arts and crafts made by the residents. 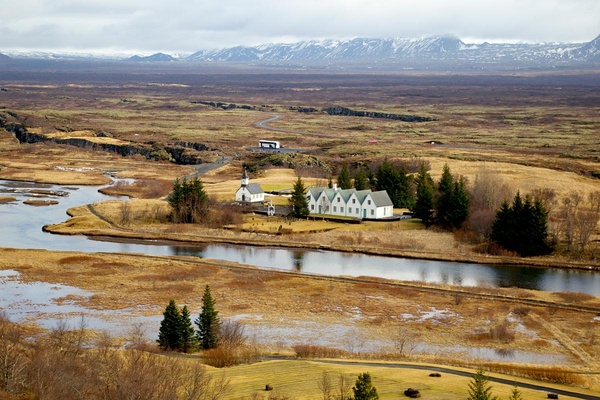 Can't Miss Classics: Þingvellir and More
If you paid attention at the Saga Museum, you'll know that the first meeting of Parliament took place at the historical and gorgeous national park, Þingvellir. Wear comfortable shoes: The walk here is more challenging than the average park stroll.

Bookworms will want to visit Snæfellsjökull National Park in Snæfellsnes for the volcanic glacier that boasts the singing cave featured in Jules Verne's Journey to the Center of the Earth. Nearby, the massive Gullfoss waterfall is quiet and not at all crowded. Go to ponder the fragility of life. To really drive the point home, head to the geothermal fields of Haukadalur and stand extremely close to Strokkur, an erupting geyser. Another popular destination is Kerið, a gigantic volcanic pool that was likely formed by an equally large volcanic explosion.

The glaciers are disappearing fast. (Thanks, global warming.) So it would be foolish to miss a chance to actually walk on one. Be warned that glaciers can be dangerous, so it's a good idea to go with a tour guide to Langjökull Glacier. Of course, if you just want to walk to the edge of a glacier say you did it, that works, too. 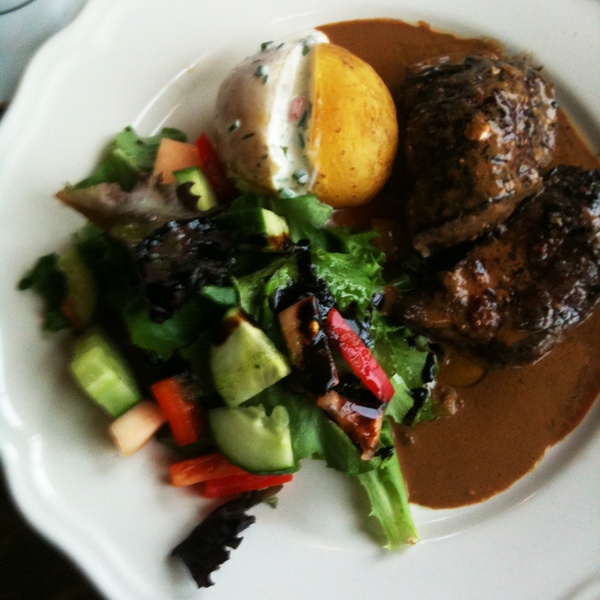 Morning Fuel
Breakfast isn't a lavish ordeal in Iceland. It usually consists of something hot and filling, like Hafragrautur (oatmeal). Most hotels will provide a solid staple to start the day, and it's easy to get a tub of Skyr (Icelandic yogurt) at a local supermarket if that's your jam (so to speak).

Lunch
Icelanders embrace a healthy, active lifestyle and have the same approach to their food. Grænn Kostur in Reykjavik serves nourishing vegetarian food, including homemade desserts and sweets made without sugar.

For a slightly more indulgent but still organic meal, head to Icelandic Fish & Chips for old-fashioned and fresh fried fish and chips. The cod and haddock are solid, but the menu changes daily according to the catch of the day. Try a few of their skyr-based sauces called "Skyronnaises," especially the rosemary flavor.

Dinner
If you've never tried whale meat and aren't morally opposed to it, family-run 3 Frakkar Hja Ulfari serve such traditional and comforting Icelandic dishes like plokkfiskur, an excellent fish stew. Whale meat, by the way, is surprisingly tasty. A mix of tuna and steak.

The indecisive should dine at Forrettabarinn ("starters") for a variety of meticulously served tapas served in a lively setting with an open kitchen.

Friðrik V is the place for a more upscale, classic Scandinavian vibe. Iceland's master chef and slow food champion Friðrik V. Karlsson and his wife Arnrún Magnúsdóttir are your hosts, emphasizing fresh, Icelandic ingredients in their three- or five-course surprise menus. The dishes always vary according to what's in season.

Rotten Shark
As for the rotten shark, it's an delicacy called kæstur hákarl. It's quite a process: The shark gets beheaded, then buried in sand for at least six weeks to allow the poisonous uric acid in the flesh to seep out. I would not recommend it at all, but it's available in the freezer section of supermarkets. Still, if you fancy tasting cubes of white meat that stink of ammonia, you can sample it at Kolaportið Flea Market. 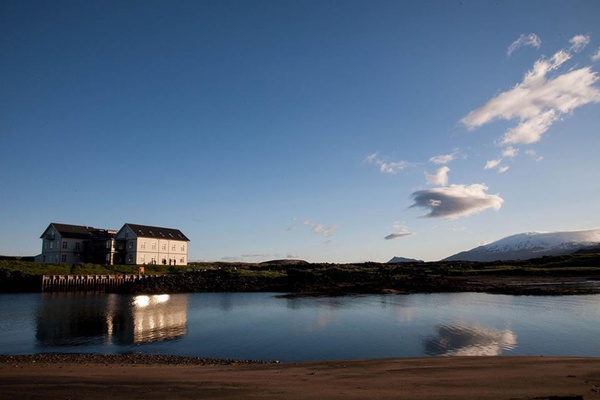 There are plenty of accommodating hotels and hostels in Reykjyavik, which is the best base for exploring the whole island.

Hotel Fron is stylish and simple, conveniently located in the heart of downtown, steps from all the shops, restaurants, and bars. They offer parking for those with rental cars.

CenterHotel Þingholt appears nondescript and gray from the outside but is surprisingly sleek and modern on the inside. What was once a printing factory is now a quirky and cozy boutique hotel.

Kex Hostel is a budget-friendly option that can cost as little as $30 a night. Built in former biscuit factory, it is filled with found and salvaged objects. You'll think you found the coolest dorm ever.

Hotel Búdir, in the countryside an hour from Reykjavik, provides an escape from civilization. Located on the westernmost tip of Snaefellsnes peninsula, with views of the breathtaking Snaefellsjokull glacier and the Aurora Borealis. The hotel restaurant is called the the Mecca of Icelandic cooking. There isn't anything else to do but cozy up by the fireplace, kick back, and relax. It would make for a perfect small destination wedding.

Fly: Icelandair is a discount airline that flies direct to Kelflavik International Airport (KEF), 30 miles southwest of Reykjavik from many major cities in the United States and Europe.

Early summer is high tourist season for good reason: The sun never really sets. Early fall and spring are a safe bet, too. Prepare the Icelandic lifestyle; an active visit that relaxes the mind, body, and soul all at once.

See the locations mentioned in this story:

You Will Want to Propose in Iceland, Too
Nordic by Nature: Aquavit Chef Eats His Way Through Iceland
Nice Ice, Baby: A Road Trip