SAN MIGUEL DE ALLENDE, Mexico – I've been waiting around for an invitation to San Miguel de Allende for years.

Friends who have gone to weddings in the Spanish colonial town in central Mexico have come back positively giddy. They'd trill away about the romantic cobblestone streets, the sunny desert climate, the great galleries and shopping. Plus that extra something they just couldn't explain with mere words like "magical" and "cool" to describe the town that's been a magnet for expats since the 1930s. (It was declared a UNESCO World Heritage site in 2008). 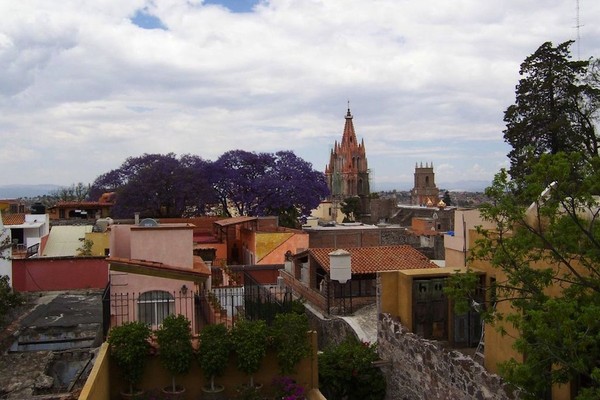 My husband and I wanted to go somewhere exotic but relatively close to Los Angeles. We had recently attended a 30th birthday bash in Vieques, which was a very fun, boozy beach trip. At risk of turning into SoCal people who only vacationed at the beach, we wanted to do something cultural. Hola, San Miguel. We booked a trip for three nights and four days.

I started emailing my aforementioned friends for suggestions of where to stay and what to do there. My friend Lucy, who had lived there for years, suggested checking out the local pyramids, La Gruta hot springs, and the neighboring town of Guanajuato. 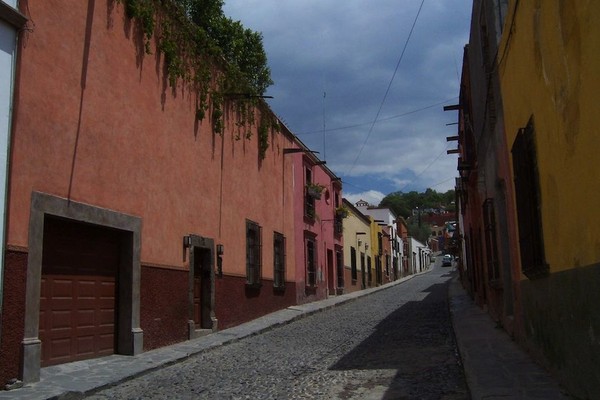 My husband's mother, who sells folk art, housewares, clothing, and jewelry, mostly from Mexico and Guatemala, at her store in San Diego, said we should check out La Aurora, a former textile mill just outside town that now houses galleries, shops, and a great restaurant. We loved it. We didn't end up buying anything as the prices were fairly steep, but we had a good time.

It turned out that my friend Irene Neuwirth, jewelry designer extraordinaire, was going to be in San Miguel with a crew of friends, and we would overlap for two nights and days. This turned out to be far luckier than we expected.

Irene suggested we stay at Hotel Matilda, which is owned by one of her clients from Nashville. It's very chic, with a great modern art collection, and is centrally located. There's a nice (freezing) pool and great (expensive) food. The bar was a cool place to hang out, and the service was excellent. Our original room was in a very noisy location, but when we complained, they immediately upgraded us to a quieter area. The hotel spa is lovely but pricey. You can find much cheaper massages at practically every corner. 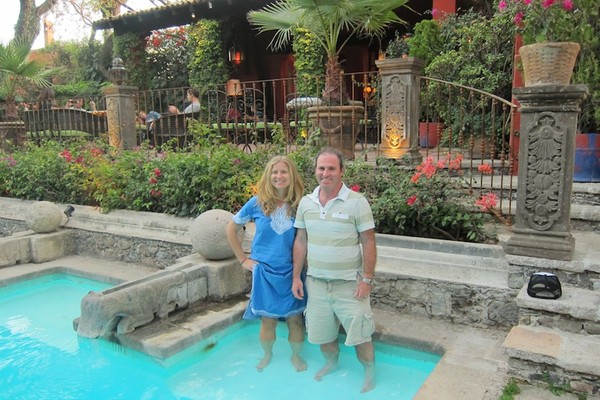 The author and her husband at Casa Hyder. Photo: Deborah Schoeneman

We were quite pleased with our accommodations. Until we saw where Irene was staying. Irene and her friends had rented Casa Hyder, the most famous house in town for very good reason. Built in 1959 by wealthy Texans, the ten-bedroom home features numerous terraces, outdoor dining areas, a giant pool, a hot tub, gardens, a maze, and some of the best decor I've ever seen. It's like a living museum stuffed with 17th-century collectibles, hidden stairways, and a labyrinthine layout of almost 14,000-square-feet of living space. The brightly colored walls are adorned with everything from taxidermy to armor. It is easily the most amazing private residence I've ever seen. It also comes with a staff for all your cooking and cleaning needs. Every hour is margarita and guac hour.

It's a good thing my husband and I had two days to explore San Miguel on our own before we saw Casa Hyder, because once we visited, we never wanted to leave. Irene rented the place via local real estate broker Katherine Hibberts, a very in-the-know Texan who has all the best listings and goes above the call of duty to take care of every need.

Besides party crashing, we also enjoyed wandering around town. San Miguel is small and manageable and best explored without any specific destinations in mind. Many shops carry the same kind of stuff, so look around before buying things to get the best prices and quality. 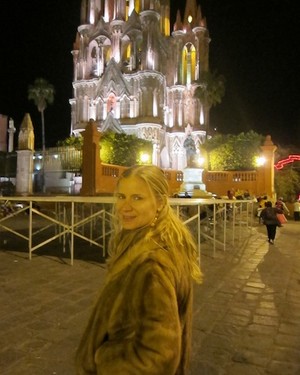 The best food is the cheapest street food at the local markets in the town square surrounding the stunning Parroquia de San Miguel Arcángel cathedral, which is a site worth visiting at least every day and night. Get fresh roasted corn, tacos, ice cream, and sorbet and eat it while watching street performers and taking in the sheer beauty of the cathedral.

San Miguel is great for a few days, or longer if you're with a group. Or get that wedding invitation. Or maybe get married there yourself.

Fly: It's important to note that it's challenging to get there. There are two airports about a two-hour drive from San Miguel: Del Bajio and Querétaro. The latter is slightly closer but on worse roads.

From Los Angeles, there are plenty of nonstop flights, but they are at insane hours between 11 p.m. and 2 a.m. It's just the way it is. From New York, you have to stop in Texas. You could fly into Mexico City and drive about four hours to San Miguel.