HUDSON, New York – City folk often fantasize about trading in the urban hustle for something more quaint. The kind of place with a Main Street and a coffee joint and a bar where everybody knows their name.

But we want our creature comforts, too: better-than-good coffee, fine dining options, curated design shops, a great acupuncturist, innovative arts, artisanal ice cream sundaes! All within an easy train ride from Manhattan. It's the kind of rural-urban (rurban?) fantasy only a New Yorker would dream up. You think it's too much to ask for? It can all be found in the little town of Hudson, New York.

Hudson's rise from neglected industrial town to cool suburban alternative is perceived like a Horatio Alger myth. An 18th-century creation, one of the first cities laid out with a grid plan, Hudson was a haven for whalers hiding their ships from the British during the Revolution. The town experienced an industrial boom in the 19th century, which gave way to a famous red light district, which helped give way to general decline throughout the 20th century. A rare architectural mix of buildings — Federal, Greek Revival, Victorian, Colonial — survived, and historic preservation has played a key role in the last decade. Warren Street, the town's main artery, is regenerating with good-looking storefronts, cafes, and curated cultural happenings.

Funky old stalwarts mixed with a burgeoning creative and tech industry amplifies the coolness. Indie mag Modern Farmer has offices in Hudson, as does Etsy. Artist Marina Abramovic's avant-garde arts institute is slated to open in 2016. Rogerson's, a hardware store operating since 1832, has weathered the town's ups and downs. 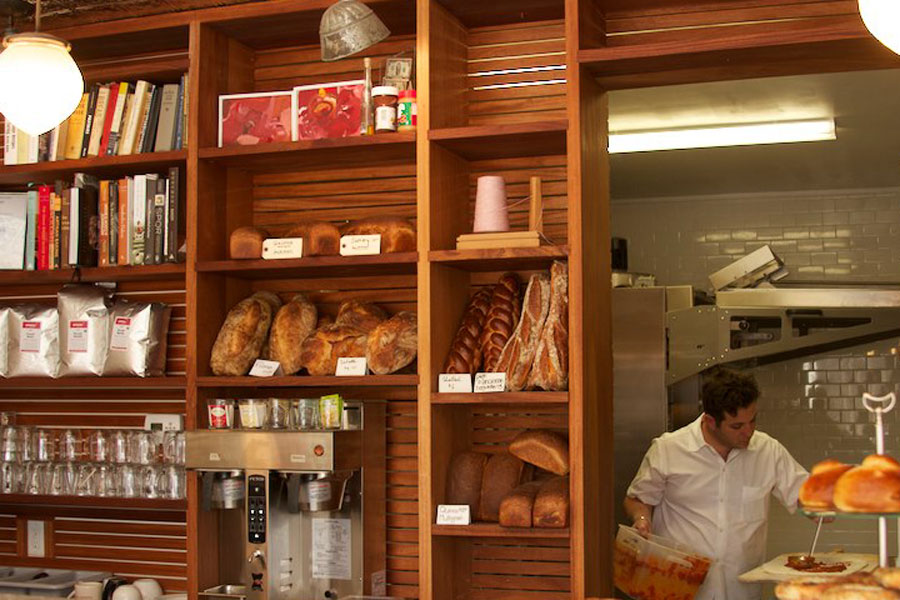 Mornings begin at Swallow, a cafe with a quirky crowd where you can take the town's pulse. Two young self-taught bakers run Bonfiglio and Bread. They have a small but fabulous breakfast menu and plenty of goodies (quinoa multigrain loaf, chocolate croissant, ciabatta) to take home.

It's worth a driving detour anywhere in upstate New York to eat lunch at the counter of Grazin, a farm-to-table restaurant in a 1950s-era diner. They source pretty much every ingredient within an 11-mile radius and are the first-ever Animal Welfare Approved (AWA) restaurant in the country. Dig into juicy burgers (humanely raised, of course), fries, salads and milkshakes without a guilty conscience. 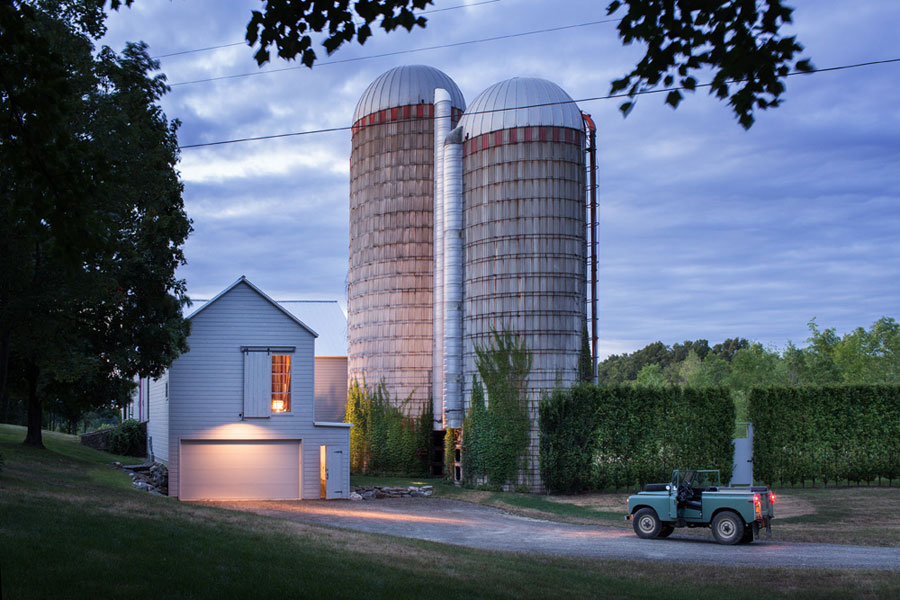 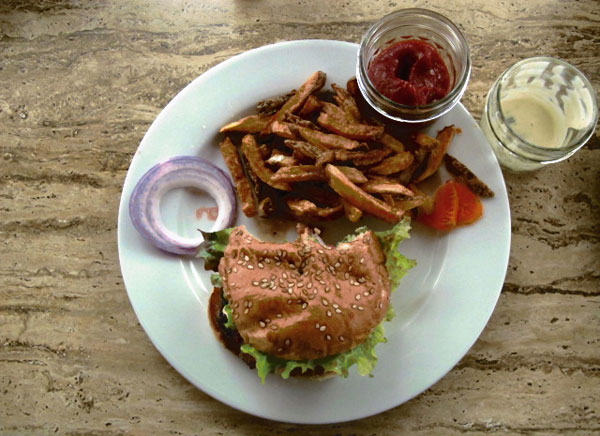 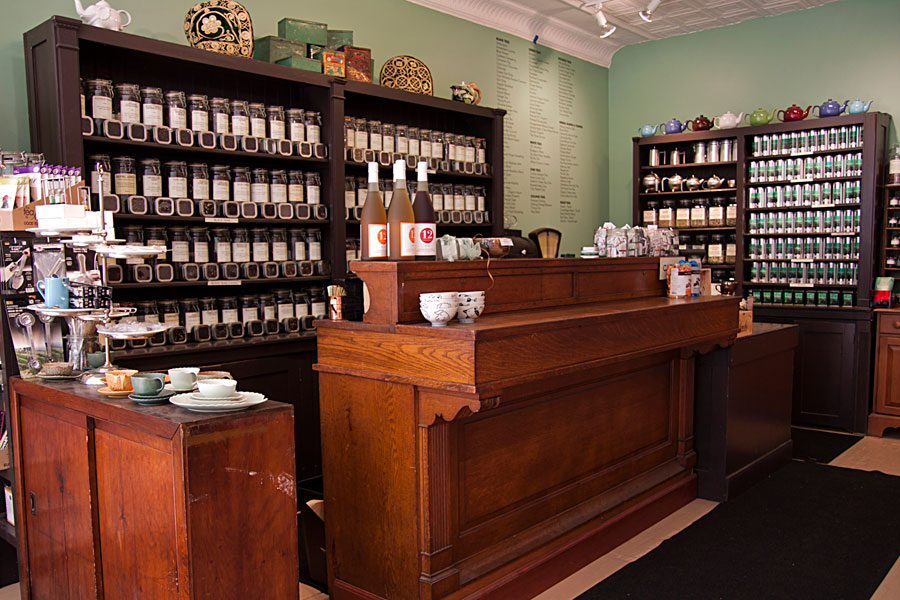 A tea counter to cure what ails you. Photo: Courtesy of Verdigris Tea

Warren Street is a happy confluence of gay antiques dealers, home decor curators, and artisanal beverage drinkers. Let's just say aesthetics matter. That which has been sculpted, painted, welded, or built by hand in the Hudson Valley is carried at Finch. Tongue-in-cheek porcelain pieces, candelabras, and vintage curios are expertly tablescaped at Harvey's Counter. Babies can get in on the local, eco, organic action at The Bees Knees, a sweet children's store run by a new mom and her mini-poodle-collie-spaniel, Pixie Louise. Valley Variety is a modern take on the five-and-dime shop where you can peruse gardening and grooming items, take cooking classses, or sit in on an artist talk. The cozy Verdigris Tea & Chocolate Bar sells herbal, artisan, and flowering blends from small house on a corner of Warren Street. Friends swear by their allergy tea.

You can't leave hippie Hudson Valley without a good chakra tune-up. Hudson Wellness Collective is all about empowerment and accessability. Acupuncture, reiki, massage, and herbal therapies are offered on sliding-scale fees. Besides farm-fresh groceries, Hudson Farm Box serves fresh juice shots and elixirs every morning. On a hot day, nothing is more empowering than a scoop of Salted Colossal Pistachio in a crispy sugar cone from Lick. You can watch a charming video about the locally made ice cream here. 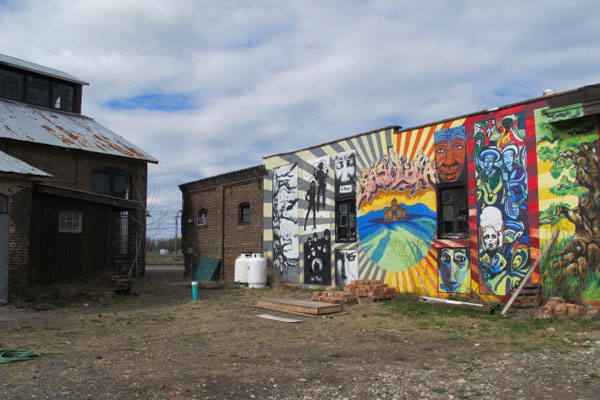 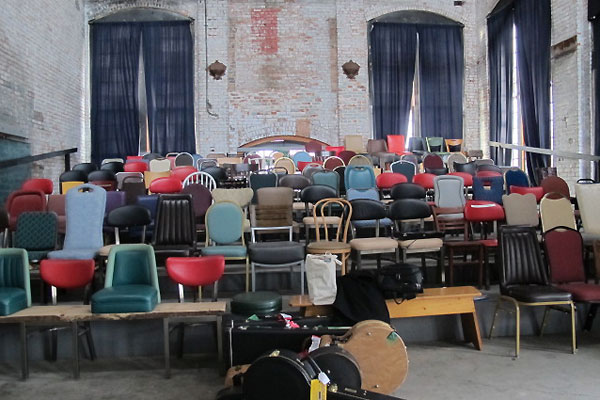 Outdoor art (above) and the cinema at Basilica Hudson. Photos by Jeralyn Gerba

A few years ago, I heard that the former bassist for The Smashing Pumpkins was opening a venue in an old steel foundry by the Amtrak station. On a bleak afternoon in late fall, I found Basilica Hudson shimmering like a hipster cathedral. The soaring space hosts theater and musical performances and art exhibitions. A film-viewing room is set up with an eclectic assortment of flea market chairs. On the same day on the other side of town, I caught Seun Kuti doing a live afrobeat set (with Nigerian dancers!) at the more subdued and formal Helsinki Hudson. The Half Moon is a bartender's kind of bar: local, low-key, with well-mixed drinks. It's also in close proximity to the Amtrak train back to NYC, which means even if you're just up for the day, there's time for a nightcap. 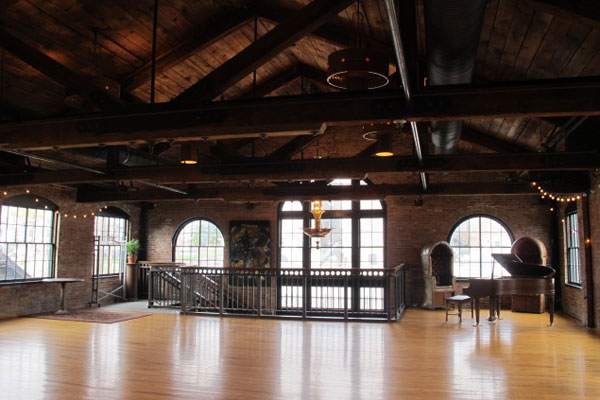 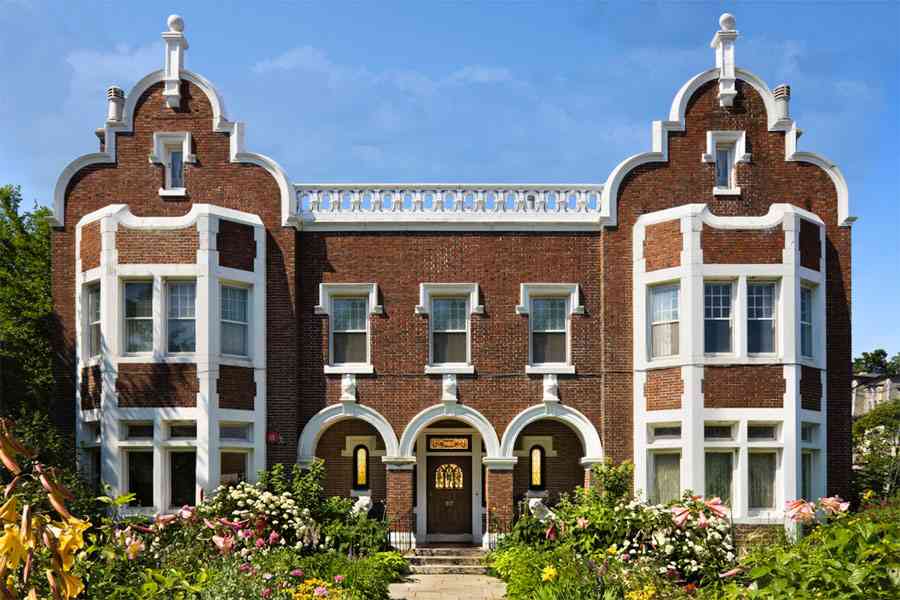 What a charmer. Photo: Courtesy of The Inn at Hudson

The Inn at Hudson, an elegant bed and breakfast, and Union Street Guest House, a series of vintagey bungalows and shabby chic suites, are two nice options right in town. If you have a car, Ham House in nearby Tivoli is absolutely dreamy.

Train: A two-hour Amtrak ride from New York Penn Station lands you at Hudson station right in town. The rest is fairly walkable, though a car is best for exploring the Valley.

Checking In: Old Stone Farm
Take a Mini Break: A Quick Hit List for the Hudson Valley
Mouths on Fire in Upstate NY