Roadside diners, Blue Ridge mountains, Main Street, biscuits, banjos, and more. With the help of friends and admired travelers, we compiled a list of weekend road trip destinations in the southern United States. Are we there yet? 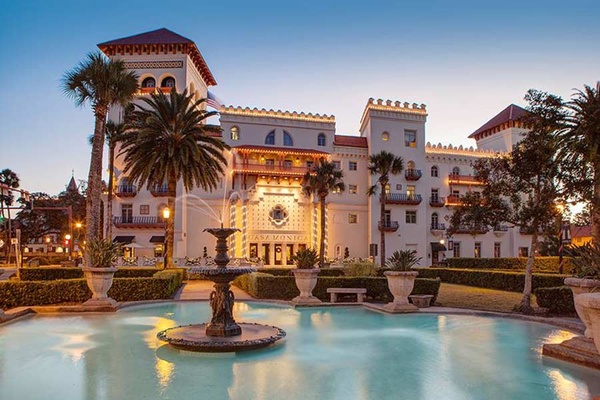 If you're in the mood for a historic, laid-back beach town with an artists' colony vibe.
Route to take: I-95 to the Jacksonville Beaches, then scenic A1A down the coast.
Good to know: Grab lunch at the famous Columbia Restaurant, and shop for ceramics at Market to Market on historic St. George Street. Casa Monica Hotel is right in the center of the action, and those trolley tours are worth a spin, too. 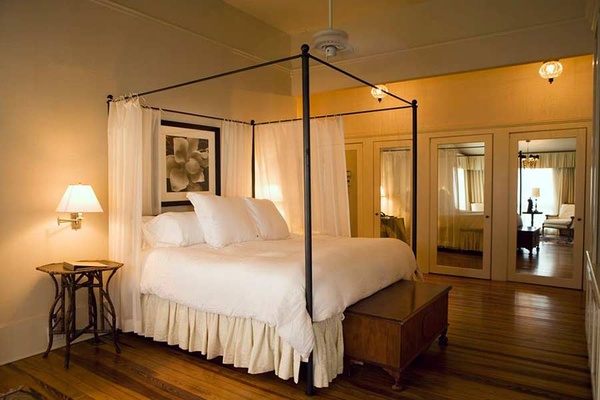 If you're in the mood for a weekend romp in the woods.
Route to take: I-85 south from Atlanta.
Good to know: Serenbe is a sustainable farming community and inn nestled just outside the city limits, with incredible on-site dining dens The Hil and The Farmhouse.
Read more on Fathom: Love Letter to Serenbe

If you're in the mood for a little history with your Georgia peach. Take a history-filled bike tour with Savannah Slow Ride, then nosh on fried green tomatoes and candied bacon at The Olde Pink House, a mandatory stop for old-school Southern indulgence, with jazz in the historic basement bar. Stop into Rocks on the Roof for killer views (and rose) and Moon River Brewing Company for beer tastings.
Route to take: Don't miss the peach stands on the four-hour drive from Atlanta.
Good to know: Alex Raskin Antiques (441 Bull St.; +912-232-8205) houses hundreds of antiques in an essentially untouched mansion.
Read more on Fathom: An Unforgettable Group Trip in 8 Steps 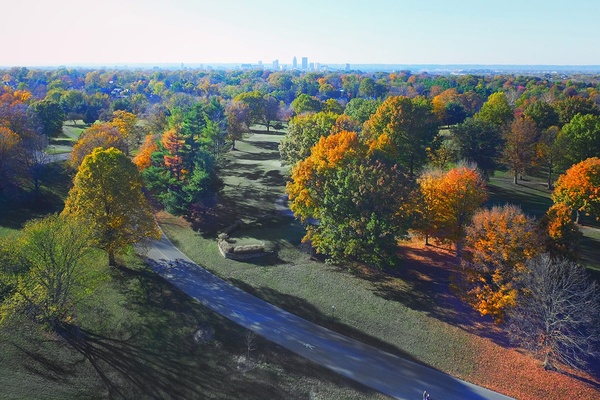 If you're in the mood for horses and bourbon. Spend a day at the track: Keeneland is a racecourse famous for the Bluegrass Stake, whose winner advances to the Kentucky Derby. Dress to impress, but save your hat for the Derby. Visit Pepper Campus, an industrial patch of land revitalized by trendy breweries, restaurants, and ice cream shops, but save room for dinner at Middle Fork Kitchen Bar.
Route to take: If you don't mind taking a little detour, head northwest from Nashville and drive through Daniel Boone National Forest before turning northeast toward Lexington.
Good to know: For real-deal Kentucky fried chicken, go to Indi's Fast Food Restaurant.
Read more on Fathom: Bourbon for Breakfast. Playing the Ponies at Lunch. Fried Chicken for the Plane Ride Home. 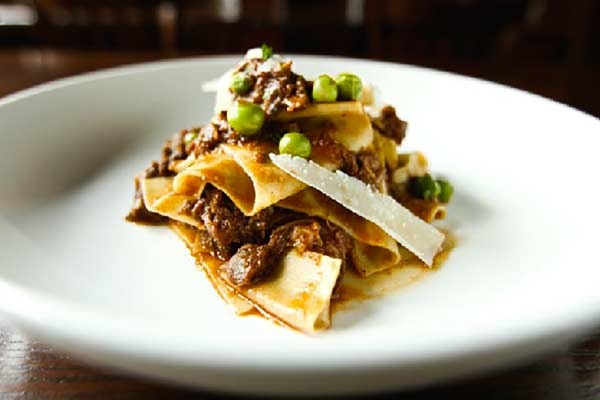 If you're in the mood for stunning mountains, music, and eats. A perfect evening involves a nibble at Cucina 24 followed by live music at The Orange Peel. Wedge Brewery down by the railroad tracks is the best in town.
Route to take: Anything that passes through the Blue Ridge mountains. Bonus points if you make a stop along Virginia's Crooked Road heritage trail (banjo optional).
Good to know: Flex your artsy muscles at Penland School of Crafts.
Read more on Fathom: A Sweet and Smoky Food Tour of Asheville

Head to the Appalachian Forests

If you're in the mood for scenic mountainscapes across three states. Late June brings the blooming of Roan Mountain's rhododendrons. September brings stunning hues of deciduous leaves.
Route to take: Start just north of Asheville. Zip-line through the leafy canopy at Navitat; later, stretch your legs with a hike off Route 143 in Roan Mountain State Park. Don't miss a homemade Southern-style breakfast at Early Girl Eatery and a local brew at Barley's Taproom — Asheville was voted America's Beer City for the fourth year running. Drive through Roan Mountain State Park, straddling the NC-TN border.
Good to know: Bristol's main drag, State Street, has the distinction of falling along the Virginia-Tennessee border. Great burgers can be found at Burger Bar, a local institution since 1942.

If you're in the mood for boogie boarding and flip-flops.
Route to take: Zip down from Raleigh (two hours).
Good to know: There are 44 public access points along the stretch of Wrightsville and four public parking lots with restrooms. Amenities like public volleyball nets, Vito's Pizzeria, and Rita's Water Ice are clustered around Johnnie Mercer's Pier, as are slightly bigger crowds.
Read more on Fathom: Wrightsville Beach itinerary 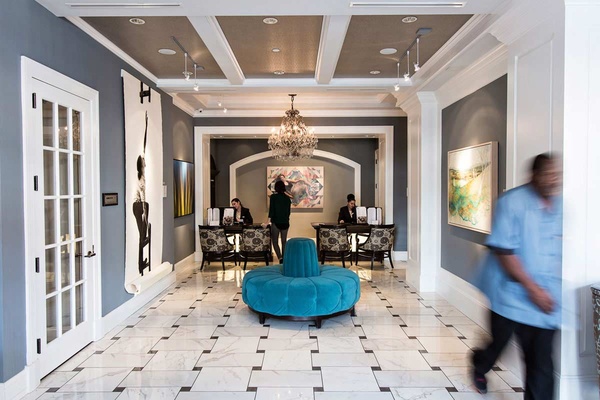 Photo courtesy of The Vendue.

If you're in the mood for a culinary hotbed in the prettiest Southern town. Drop off your bags at historic Planters Inn, Fulton Lane Inn, or John Rutledge House Inn. If love is in the air, check into The Vendue (one of Fathom's Most Romantic Hotels in the USA).
Route to take: After your city fix, drive for an hour to Kiawah Island, a stunning nature preserve.
Good to know: Book tables at Husk, F.I.G., The Macintosh, The Grocery, and Butcher & Bee.
Read more on Fathom: Charleston Guide 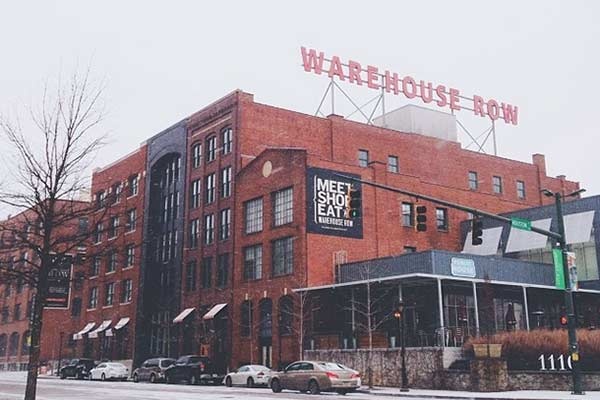 If you're in the mood for Southern-style cool. Check out the chic Bluff View Art District's cafes, historic buildings, and galleries. Warehouse Row has recently become a haven for shopping, dining, and strolling.
Route to take: It's about 130 miles (or a two-and-a-half hour drive) southeast of Nashville. You can zip down I-24. If you've got a boat, you can make a grand entrance via the Tennessee River.
Good to know: Bluff View Inn has beautifully appointed rooms in three restored turn-of-the-century homes. There's a free shuttle line to help you get around the district.
Read more on Fathom: Where to Go from Nashville

If you're in the mood for The Great Smokies, bluegrass, and country kitsch.
Route to take: The one that leads you to Dolly's homeland.
Good to know: Hike Mount Lecont and rest your toes at Leconte Lodge. Take a spin around Dollywood during the day (your visit earns you lifelong music street cred) for rides and bluegrass music a plenty. Dine in a log cabin at Greenbrier Restaurant at night or splurge on an unforgettable meal at Blackberry Farm.

If you're in the mood for a funky little country town.
Route to take: Drive 30 minutes south of Nashville on the heavily wooded, historic Natchez Trace Parkway.
Good to know: Drop by Serenite Maison to scout antiques. Have lunch at Puckett's Grocery, a meat-and-three with nightly live music. Pick up provisions at Joe Natural's Farm Store and Cafe.
Read more on Fathom: Nashville Guide 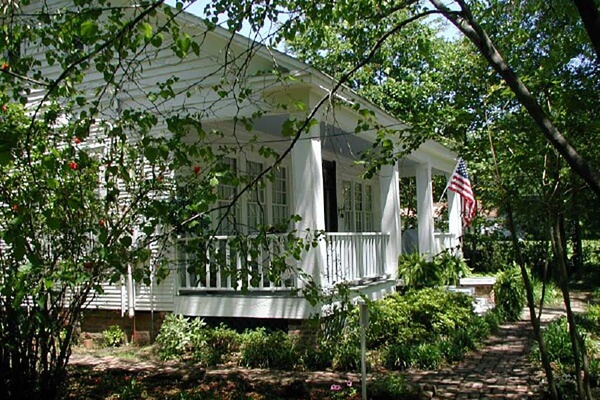 A historic house from 1861 in Jefferson, Texas. Photo courtesy of The Grove.

If you're in the mood for antiques and good old-fashioned biker bars.
Route to take: Just west of Texarkana, the 59 leads you in from points North or South and the 49 from the west.
Good to know: Auntie Skinner's Riverboat Club serves up the fried pickles while Allman Brothers cover bands play. The people watching can't be beat. Stay at a Victorian B&B like The Benefield House and antique your heart out at the dozens of shops on Austin Street.

If you're in the mood for a vibrant city with a colorful history and strong culinary scene. Check into the newly opened Roman and Williams-designed Hotel Emma. Built inside an old brewhouse, the industrial-chic hotel is part of a larger cultural village on the site of what was formerly the Pearl Brewery. Dress the part in a custom-made guayabera from Dos Carolinas. (Designer Caroline Matthews is also responsible for the light blue seersucker robes at Hotel Emma.) The local food scene is top-notch: Start with globally inspired barbecue and craft beers at The Granary.
Route to take: Drive down I-35E S and I-35 S for four and half hours until you hit San Antonio.
Good to know: Skip the state's most famous battle site and spend your last day floating down the Guadalupe River with an Alamo Golden Ale in hand.

If you're in the mood for hip indie hotspots alongside old-school mainstays. Stroll down South Congress Avenue and end up at Continental Club for some of the best live music Austin is so famous for. Stay for dinner at the Dart Bowl Cafe for bowling and the best enchiladas of your life. Check out the landmark Driskill Hotel and feel like a cattle baron among the cowhides and sultry music.
Route to take: Take I-35 North from San Antonio, or if you're coming from Dallas on I-35 South, stop at Lake Austin Spa Resort, a luxurious retreat just 40 minutes from downtown Austin.
Good to know: If you're feeling artsy, head to East Austin, which has managed to retain roots in art and the local community.
Read more on Fathom: Everything Old Is Cool in Austin 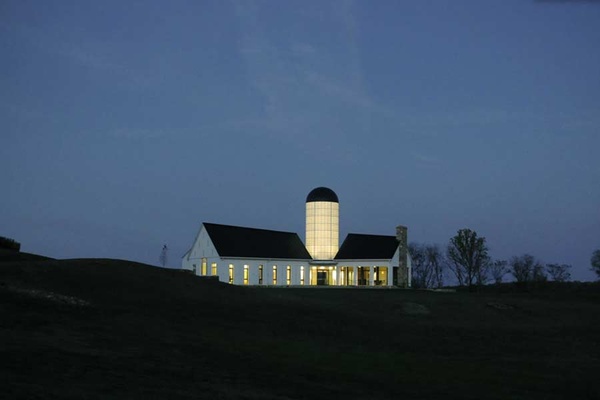 If you're in the mood for a romantic weekend with a backdrop of rolling green hills and grazing horses.
Route to take: Drive a little over an hour on Route 50 east of Washington, D.C. The charming Red Fox Inn was established in 1728 and has been visited by historical greats like George Washington, John F. Kennedy, and Elizabeth Taylor. Try The Goodstone Inn & Estate Restaurant for farm-to-table French cuisine sourced from the onsite organic herb and vegetable gardens.
Good to know: With a glass of RdV Vineyards' 2010 Lost Mountain (a cabernet sauvignon and merlot blend) at the foothills of the Blue Ridge Mountains. The intimate winery accepts tastings by appointment only, so book in advance.

If you're in the mood for scenic hikes and truly stellar meals.
Route to take: The 72-mile drive takes approximately two hours by car. Don't miss the scenic Skyline Drive that winds through the Shenandoah National Park and features waterfalls and starry skies. Chef Patrick O'Connell at The Inn at Little Washington oversees one of the world's only double five-diamond establishments where chawanmushi (warm, local duck egg "tea cup" custard with ginger-scented Asian tea) and carpaccio of herb-crusted baby lamb loin are the orders of the day. Once in a blissful food coma, repair to one of the historic Relais & Chateaux's sumptuous suites and take in the garden views. Bring someone special: The Inn is one of Fathom's Most Romantic Hotels in The South.)
Good to know: Check out will be depressing, so stock up at the Inn's Tavern Shop where chef O'Connell has selected exquisite kitchen items, including Laguiole knives and artisanal cheeses.

Have you seen our list of the Most Romantic Hotels in The South?