FIJI – Once upon a time, after the worst tropical cyclone in Fiji’s history, my wife Paula and I went for an ill-timed visit. Departing from Honolulu, the Sunday flight to Nadi took off at 3 a.m., and because it crossed the International Date Line, the six-plus-hour trip appeared to take 29 as I looked at my watch. This provided a lot of actual and imagined time for us to wonder what we were doing. 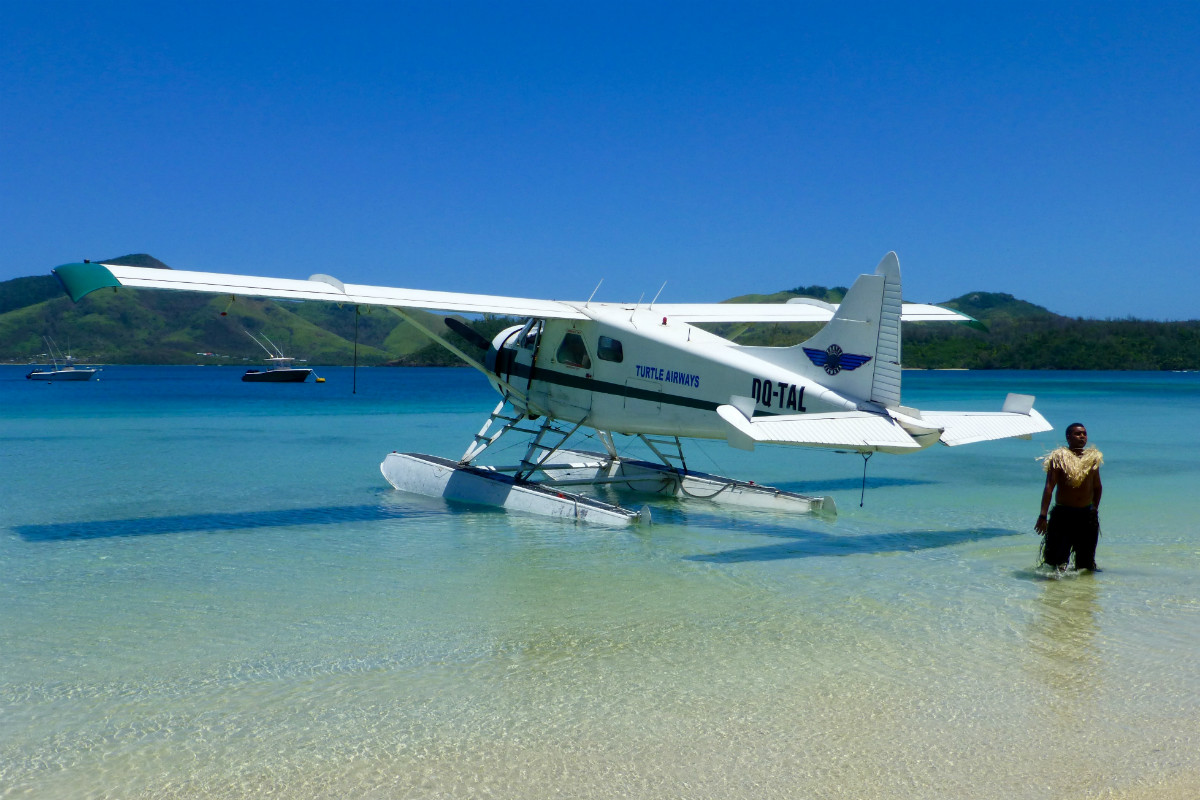 The little seaplane that could. Photo by James Sturz.

We were bound for a tiny volcanic island called Nanuya Levu in the Yasawa archipelago, which an American named Richard Evanson had purchased in 1972 and renamed Turtle Island. It took another half-hour seaplane ride to get there, but when we climbed out of its body, two dozen staffers met us with cheers of “Welcome home.”

With the sole exception of a mountain bike ride I took around the island a few days later, that was the last time during our stay I saw my shoes. 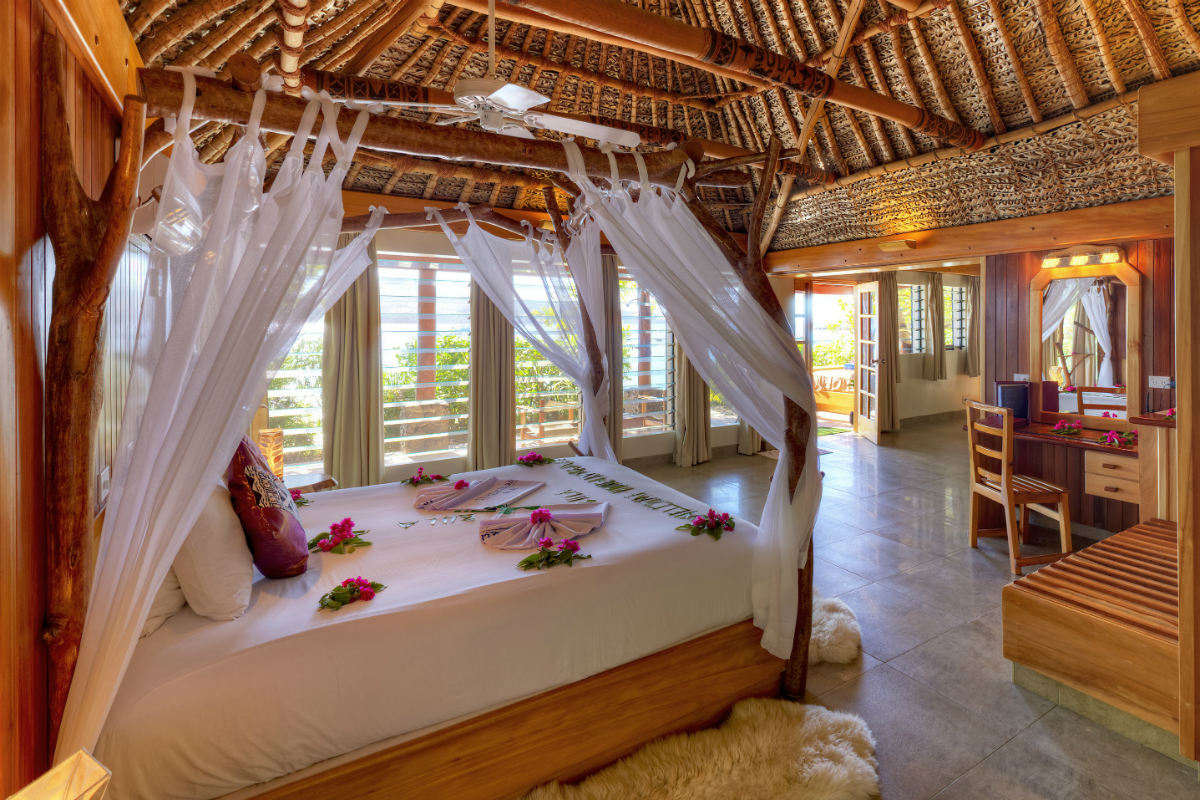 Inside our thatched-roof home for the week. Photo courtesy of Turtle Island. 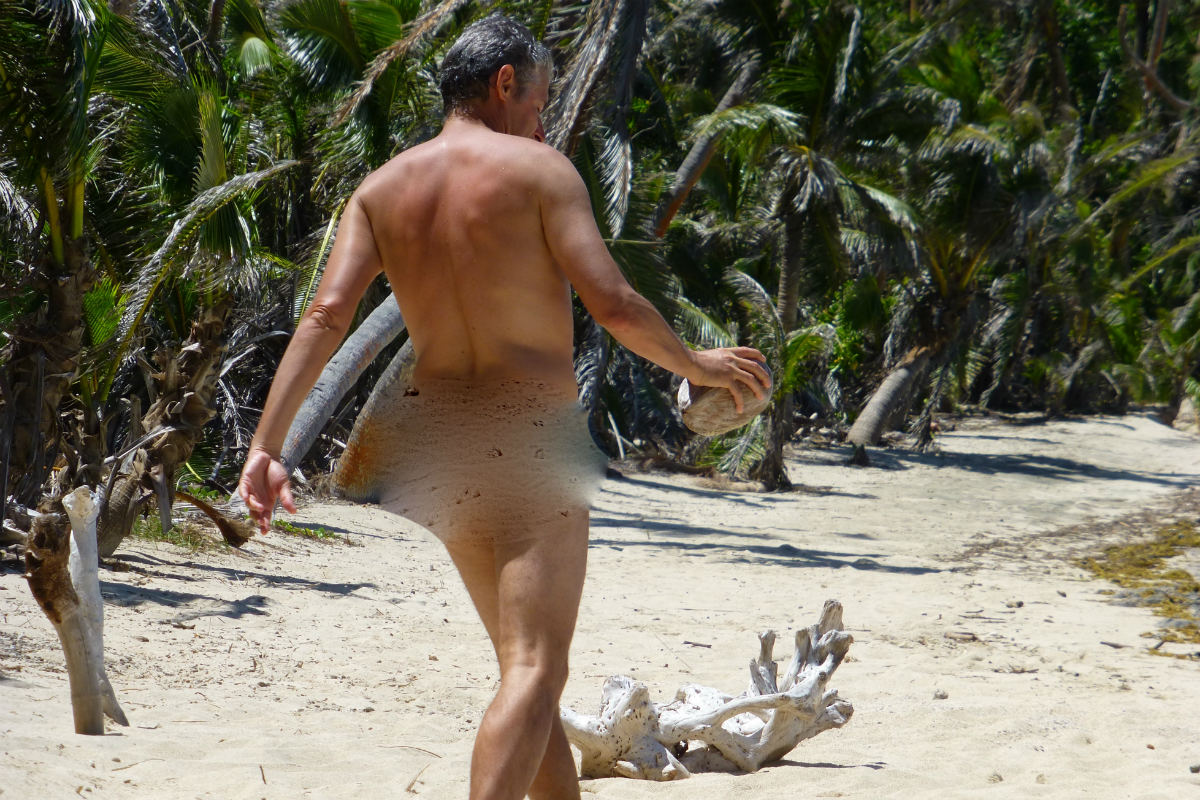 Beyond fourteen thatched-roof guest bures fronting the main beach (with plenty of lounging space both inside and out), a communal dining area in the sand and a smaller air-conditioned one with a grill, the island’s main attribute is a string of fourteen private beaches. Guests are tended to by “bure mamas” — a cross between a butler, social planner, and doting aunt — and every day Mama Lai sent us off by cart or skiff to a different beach with a cooler full of beer, lobster, and a walkie-talkie to use when we wanted to come back.

In 1979, The Blue Lagoon was shot on the island, and, as with Brooke Shields and Christopher Atkins, clothing on the private beaches always seemed highly optional. We rented the movie before our visit, and I kept hearing the galley cook, Paddy, yelling in the back of my mind, “It ain’t proper to be running around naked all the time!” (One night, Turtle Island’s burly and jovial host, Arnold, admitted that he and his wife had conceived their first son on one of these same private beaches under a full moon.) 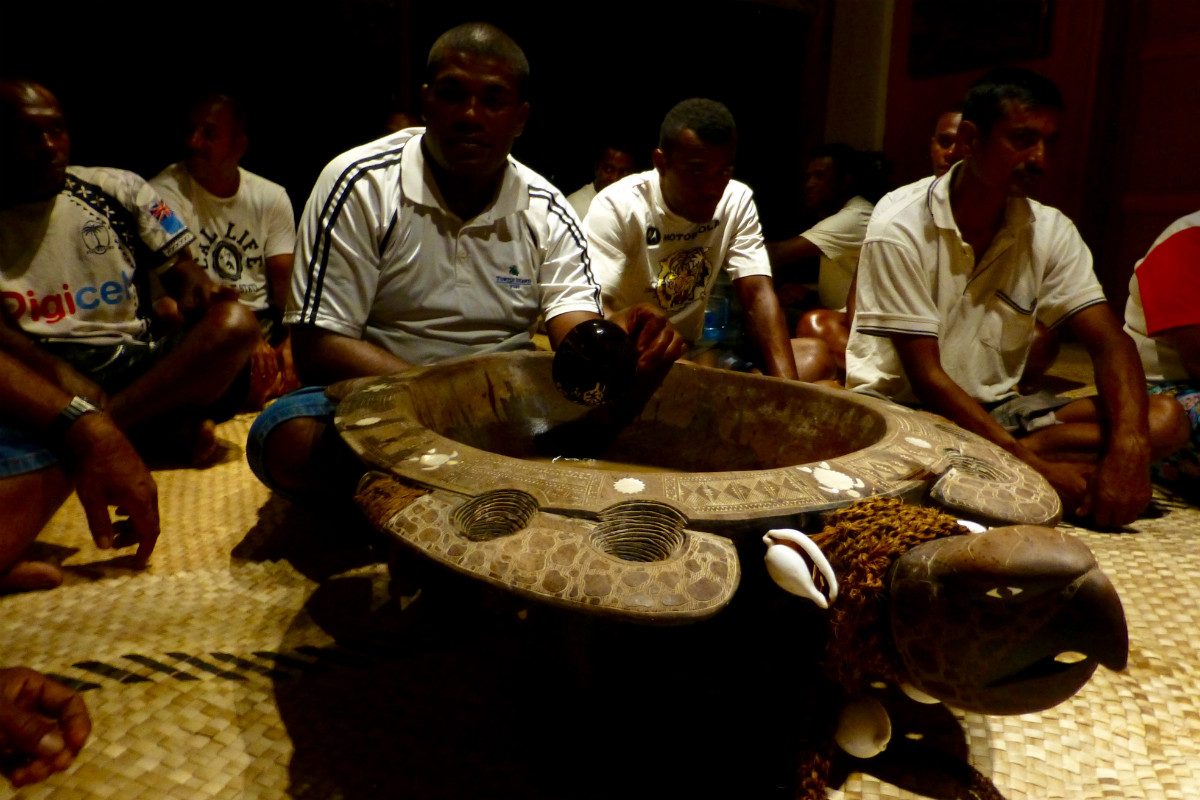 Not your average punch bowl. Photo by James Sturz. 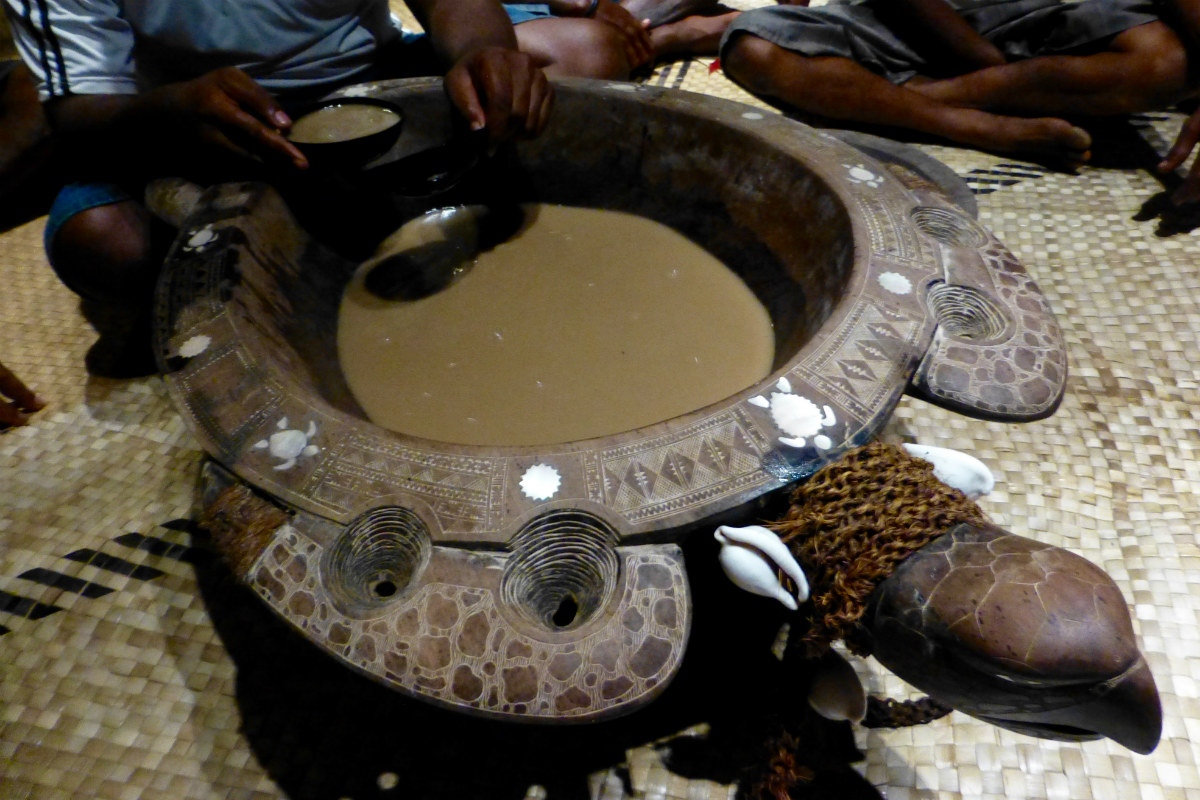 The kava drink may not look appetizing, but it had everyone coming back for more. Photo by James Sturz.

We didn’t stay on any of those beaches past sunset. We were instead glad to shower and change in our room, join the other guests for dinner, and then join the staff around a giant wood-carved turtle for the Fijian tradition of drinking kava. Made from the ground roots of the kava plant, the peppery Melanesian and Polynesian drink resembles diluted mud and is both a sedative and a euphoriant. Drinking it requires a lot of ritualized clapping. The nights we spent around the turtle would be full of stories. In the morning, we’d wake up with hangovers and wonder if we’d do it again. Somehow the answer always turned out to be yes.

I’ve visited a lot of islands and resorts in some 20 years as a travel writer, and I’ve never been at one more romantic, relaxing, or indulgent as Turtle Island. We scuba dived, snorkeled, paddled, and visited the spa on some of our days — but none of that was the point. The point was reveling in each other’s company in an exquisite place, among so many friendly people. We were truly sad to leave. 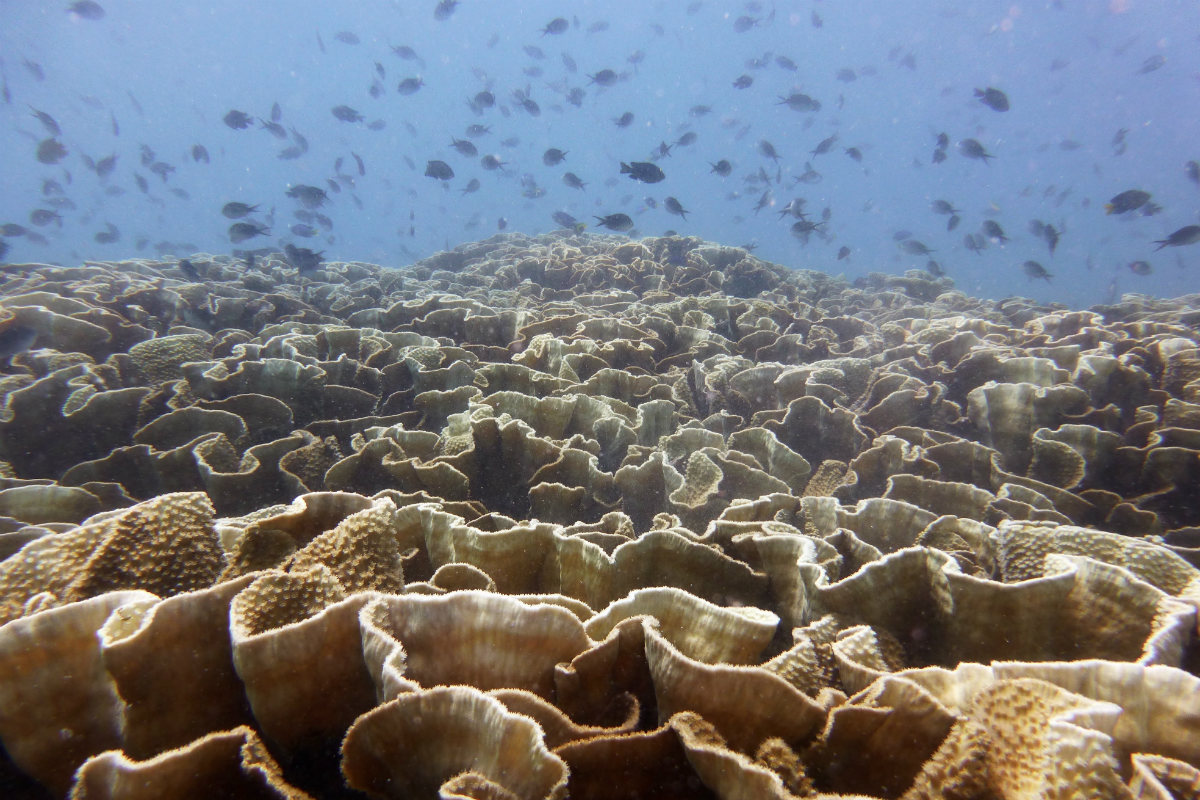