Just in time for Earth Day, our pals at the beautifully photographed Tiny Atlas Quarterly are launching their EARTH issue, the third in a four-part series that includes AIR, WATER, and, later this year, FIRE.

To set the stage for their shoot, TAQ founder and photographer Emily Nathan and her crew packed into a big truck and headed for the deserts of Central New Mexico. Driving from El Paso through sparsely populated Texas hills, they spent time on wide highways, zipped passed big box stores, and stayed in some weird Airbnbs. But then they hit the road trip jackpot: Old Mesilla in New Mexico's Las Cruces, a way cool little neighborhood of their southwestern hopes and dreams. Inspiration was found at a little bookstore called Mesilla Book Center (2360 Calle Principal), which specializes in books on the Southwest (to boot: its ceiling is cut from local cottonwood from the nearby Rio Grande). They also stumbled upon the Double Eagle, a former mansion-turned-bar-and-restaurant with checkerboard floors, oil paintings, and chandeliers. Billy the Kid used to hang out there.

In Ladera Canyon, they "wound into the mountains through a gorgeous neighborhood of low-slung adobes." They vintage-shopped in Tularosa, where they found a few vintage White Sands park photos that the owner wouldn't sell them. 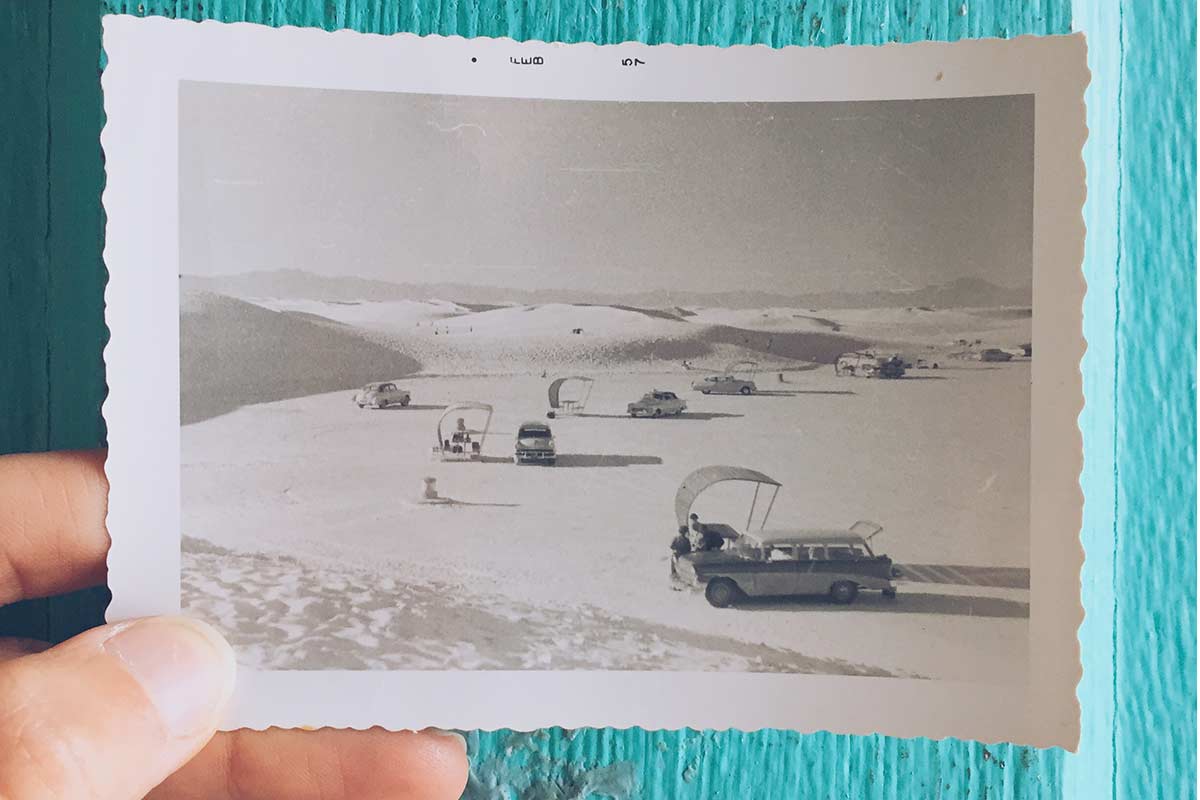 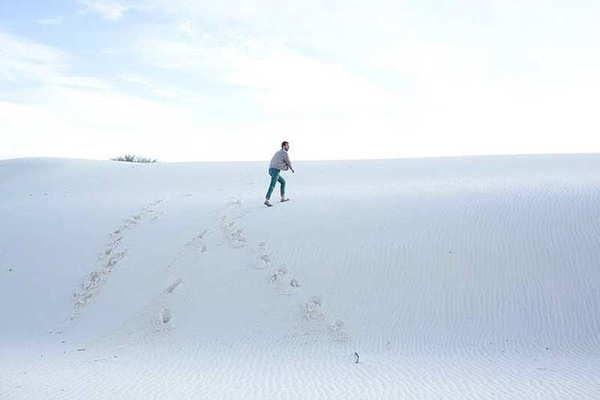 Then, of course, they made their way to White Sands National Monument. The place is often talked about among photographers because it's such a beautiful place to shoot. Says Nathan, "You would think it might get monotonous or dull, hundreds of miles of white sand, but it is endlessly fascinating. After a day of rain, the dunes were packed down, like a hardened moonscape. I wanted to record every iteration of the light there."

Then, on the last night, the sun broke and an incredible sunset revealed itself. "I have been a lot of places in the world and seen many a beautiful sunset in my day and I was blown away. They had to drag me away. I think they have to drag people away every day. A ranger car with flashing lights comes by with a megaphone. The park is now closing! Come back tomorrow, the park is now closing!" 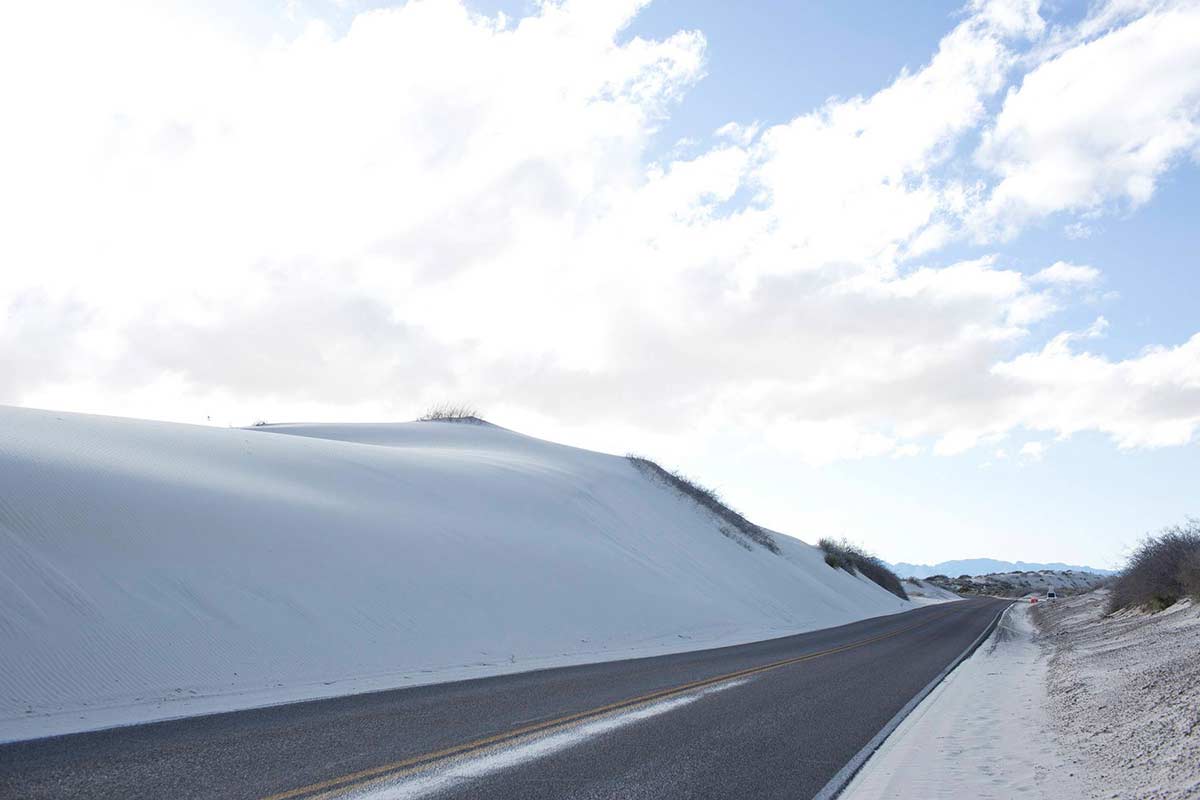 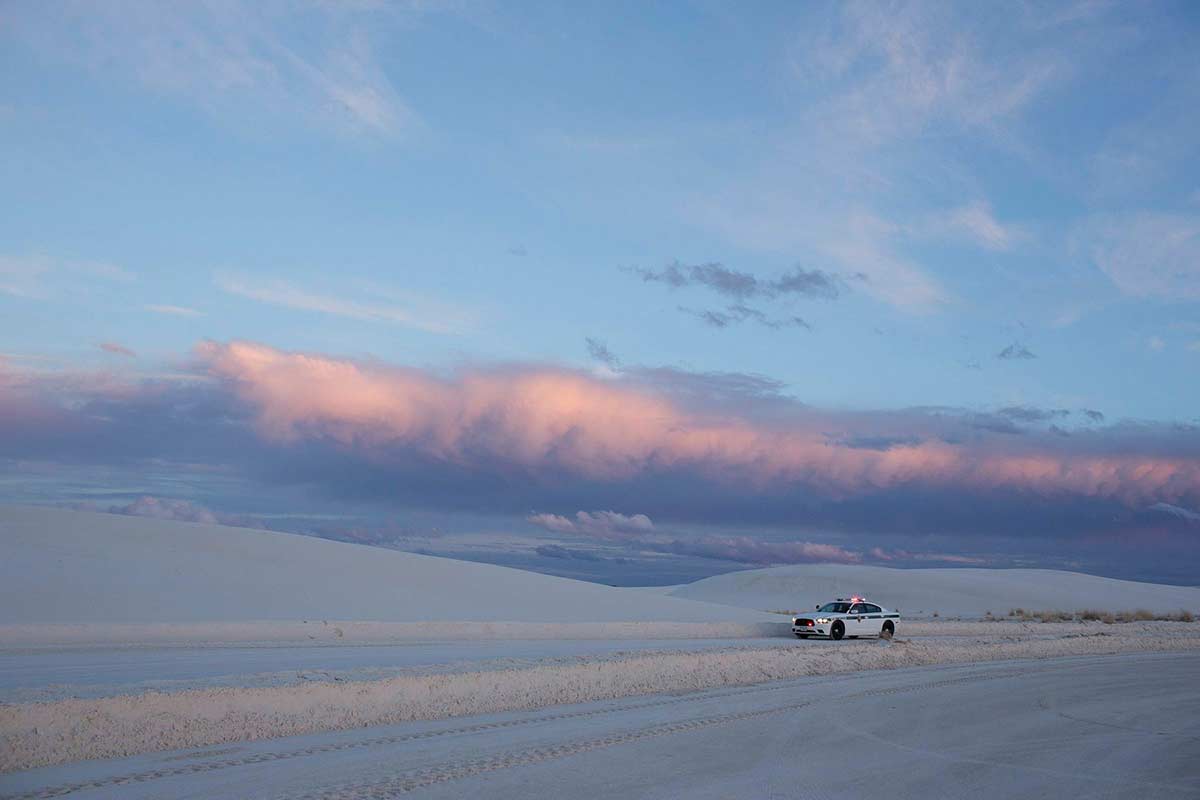 - Land in El Paso, Texas
- Head to Las Cruces (rent an adobe; check out Old Mesilla)
- Drive to White Sands (camp overnight in the park)
- Stop in Tularosa for lunch (and vintage shopping)
- Spend the night in Ruidoso
- Take 54 straight back to El Paso for the flight home

FOR YOUR READING PLEASURE