Writer Sally Spaulding didn't have a reason to visit Idaho other than to see her sister in Boise. When she arrived, she was so pleasantly surprised with all the city had to offer — music, art, hiking through the foothills — she contemplated moving there. It really is the jewel of the Gem State.

BOISE, Idaho – There's no better guide to a city than an enthusiastic transplant. Longtime locals, while knowledgeable, tend to stick with what they know (the bakery that made their birthday cakes growing up, that convenient Indian restaurant down the street), but an eager newbie is who I want showing me the ropes. They are the ones trying out all the old attractions along with the newest businesses to hit the block. The spirit of a tourist with the know-how of a local.

That person for me in Boise, Idaho, is my sister Stacey. She and her husband moved there a few years ago and have become unpaid representatives of the Chamber of Commerce. They buy Boise T-shirts and are constantly sending me links to stories/favorable rankings of their new hometown. When my husband and I visited, we half expected our weekend to be filled with house showings (my sister is also on a mission to bring everyone she loves to Boise for good).

She was right: By the end of our long weekend, I was seriously considering giving her realtor a call. It turns out Boise is full of surprises. Here's Stacey's itinerary to the best of the Idaho town you've most likely heard of, but probably never visited. 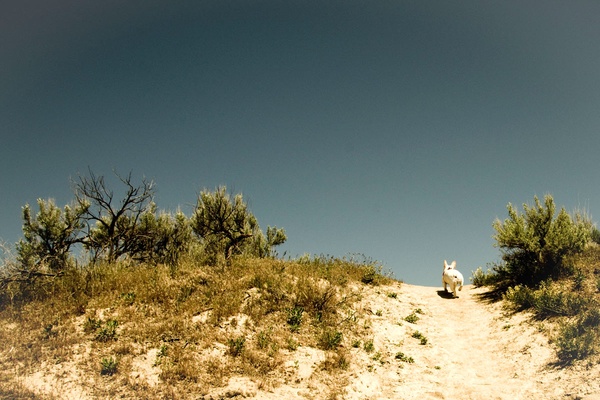 Spend the morning hiking or mountain biking in the Boise Foothills. Just moments from downtown, the broad trail system is mellow enough for newbies or the unfit, though harder trails are available for those wanting more of a challenge.

Head back downtown for lunch at the new-ish Bleubird Cafe, a small, lunch-only spot that serves an array of specialty sandwiches, house-made sodas, and a good selection of beer and wine. I had a delicious pâté sandwich with a glass of prosecco. The sandwich came with a side of creamy bleu cheese potato salad, and the bill was only $16. Ah-mazing.

Spend the afternoon exploring downtown Boise. Wander down Freak Alley — an impressive collection of street art between Bannock and Idaho streets, and seek out the city's bus stops and electrical boxes for more fun eye candy. 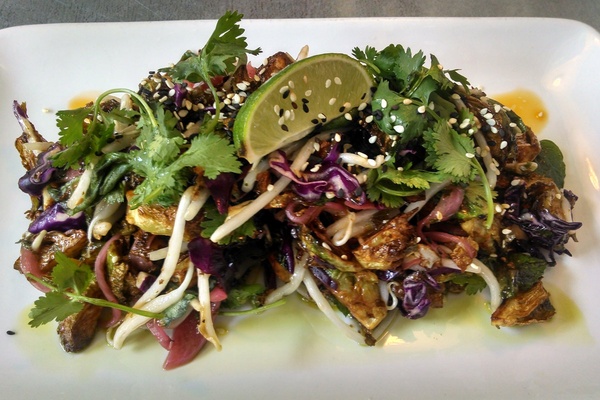 Enjoy this brussel sprout salad at the Dish restaurant. Photo by Sally Spaulding.

All About Games
This place has a huge selection of quirky board games — a refreshing concept in the days of XBox. If you're not ready to buy, you can rent a number of games for $3 per night (another refreshing concept!). When we visited, the store was having a special game night, and we ended up being drawn into a very girly version of what I imagine Dungeons and Dragons to be like.

Walla Walla Clothing
The relative newcomer is what I want my closet to look like (Sadly, it doesn't.) Eileen Fisher, Donald Pliner, and Velvet are a few of their featured brands.

Record Exchange
The three-decades-old independent music store has a hefty selection of vinyl, Boise-specific goods, and all the details you'll need to stay updated on Boise's music scene.

For cocktail hour, head to Fork, where I ordered Thyme for Bourbon (bourbon, thyme, citrus, and a splash of ginger beer). Stacey and I also indulged in their Northwest Cheese Plank, featuring a selection of cheeses, stone fruit, spiced pecans, and honey — all local. Pretty much heaven.

For dinner, it's a short walk to The Dish, where they show off their creativity with a blueberry prawn and waffle dish. Stacey's go-to is the brie burger made with local beef, balsamic onion marmalade, and truffle aioli. 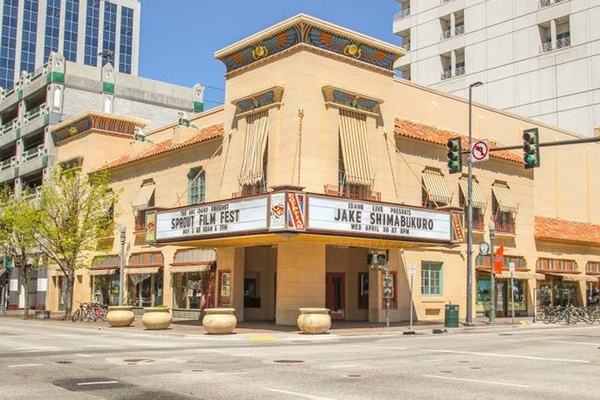 Photo courtesy of The Egyptian Theatre. 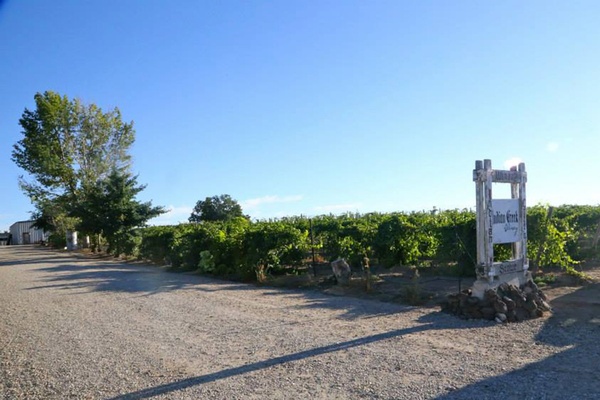 Head outside of Boise to nearby Kuna, a tiny town worth the trip for a few reasons: country roads perfect for road biking and delicious $1 tacos.

We chose a route that meandered around farms and by rivers (check out Map My Ride for suggested rides in the area) and ended our ride at El Gallo Giro, where they serve Mexican Coke in the bottle (score!) and have some of the best tacos I've eaten in the United States. The BBQ goat and beef tongue were my favorites.

Not into road biking? Visit the nearby (and quite scenic) Indian Creek Winery. Tasting room hours are Thursday through Sunday, noon–5 p.m., and tastings are free.

Head back to town and spend the night checking out Boise's local music scene. We caught Animal Collective at The Knitting Factory. Neurolux is more of the in-scene for bands/local hipsters and hosts the occasional karaoke night. (They serve a strong Bloody Mary if you're in need of liquid courage.) Or drop by the laid-back, no-cover Pengilly's Saloon to hear bluegrass and folk acts. The Egyptian Theatre has an interesting mix of local and touring bands.

Not into a live show? The Flicks shows independent, foreign, and art films.

Late night, head to the Basque Block for eats and drinks. (Boise has an interesting Basque heritage, which you probably didn't know and wouldn't have expected.) The spicy lamb grinder from Bar Gernika is a standout. At the very least, order a traditional Kalimotxo (red wine and cola) and call it a night. 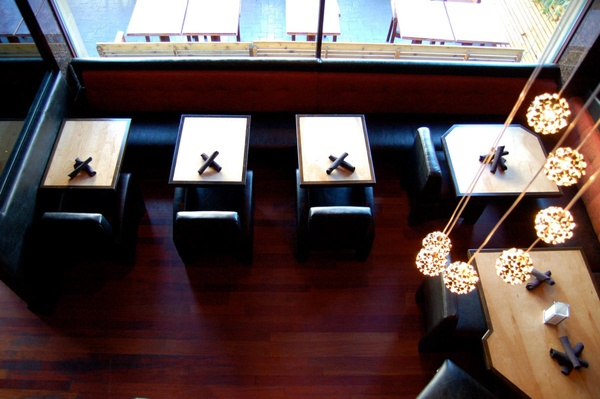 Start the day off slow with brunch at Red Feather, where they highlight local meats and produce. The glazed bacon is a must. Red Feather/Bittercreek is also the first restaurant in the U.S. to vermicompost on-site. That's right: worm composting.

Enjoy the Greenbelt this afternoon. This is truly a Boise gem, a 25-mile, tree-lined path that runs along the Boise River. We opted to bike it, heading towards Lucky Peak Reservoir, where the path dead-ends at a park with bathrooms, water fountains, and a non-motorized area for swimming, stand-up paddle boarding, and shaded relaxing. If you're in need of a bike, Idaho Mountain Touring has tons of cruisers, mountain bikes, and road rentals.

On the bike back to town, take a short detour off the Greenbelt to stop at Bier: Thirty Bottle and Bistro, a beer-lover's paradise with 400 craft and imported bottles along with ten beers on tap. If you're at all hungry, ask for a menu. Stacey and I split a German-themed meal of sausages, apples, sauerkraut, local cheese, and bread. I needed something to wash down my Berliner Weisse.

Another Greenbelt detour worth taking is a stroll through Kathryn Albertson Park, a 41-acre green space with adorable gazebos and lots of birds, turtles, and furry things.

While you have the bike, take advantage of the wheels and head over to Hyde Park in the North End, a cutesy residential area of Boise with a candy shop, used bookstores, and several antiques dealers. Drop into the 13th Street Pub for a Moscow Mule. If you didn't fill up on German noshes, head to Parilla Grill for a casual meal.

IN NEED OF MORE ADVENTURE?

Take a back-country flight and explore the Frank Church Wilderness. SP Aircraft offers daily flights that feature a brunch at one of Idaho's back-country ranches. 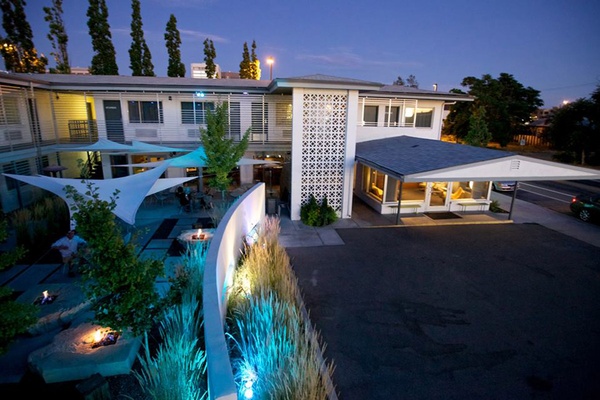 Photo courtesy of The Modern Hotel.

WHERE TO STAY (If You Aren't Staying at Stacey's)

The Modern Hotel
Formerly a Travelodge, The Modern is chic and ridiculously affordable, with a convenient downtown location. Even if you aren't sleeping here, stop by for a cocktail at the bar or on their patio.

Boise Guest House
A cute little B&B with just six rooms that is not your typical guest house. Featuring modern and local art, the hotel is perfect for longer stays and is pet-friendly.

Hotel 43
A 112-room hotel with complimentary airport shuttles, valet parking, room service, and a swanky lobby. It's your best bet if you expect a lot of services from where you're staying.

And if you fall in love with Boise, Stacey can put you in touch with a good realtor.