When all those creative Brooklynites need a place to exhibit their work or do their performance art or dance until the wee hours of the morning, where do they go? theARTcorps founder Steve Rogenstein's home, otherwise known as indie party venue 12-turn-13. On any given evening, Rogenstein's raw loft space may be transformed into a fantasy apiary for aspiring beekeepers, a kitschy campground movie set, or a raging disco dance floor. Here's his take on Brooklyn today.

Occupation: Arts marketing consultant. Spreader of appreciation for the arts. 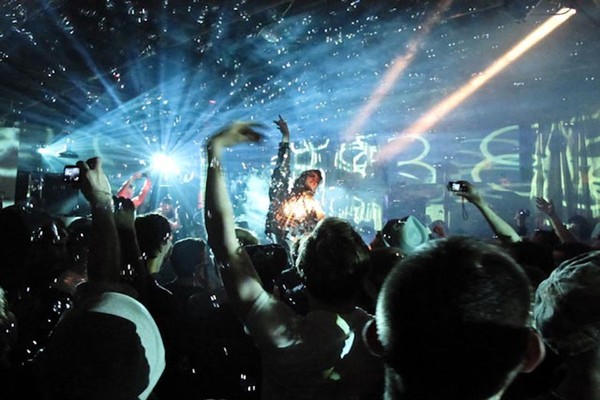 Favorite event you've produced in NYC: That's a tough one. One particularly memorable event was a two-day incarnation of Dante's Inferno. It started with the first Circle of Hell in Union Square, the next seven occurring along the commute to Clinton Hill (L subway platform, on L train, on Classon Ave., in front of my building), and the last, the ninth, at the party's entrance, where people walked through a green screen that projected them stepping through a wall of flames. The rest of the party featured DJs, live musicians, fire spinners on the roof, costumed performers subtly heckling the crowd (Mephisto, Mother Earth, the Grim Reaper, nurses, a dominatrix).

Another memorable one was "Emerge in Sea," the second art-inspired-by-nature event in a trilogy, where twenty artists were invited to create new art with an environmental awareness undertone. We partnered with Riverkeeper to learn more about the local estuary's ecosystem; the New York Aquarium offered us a behind-the-scenes tour to learn more about life underwater. We transformed the loft into a veritable sea — projections, a sandy beachfront with a sand castle, a foam room outside, a chanteuse performance in a fishtank, surfers, mermaids, seaweed, beach-trash art, underwater photography. The night started with a proper gallery exhibition, moved into a performance showcase, and then evolved into a full-on party.

What you'd like to do next: A jaw-dropping, genre-bending, talk-of-the-town gala for a major art institution. 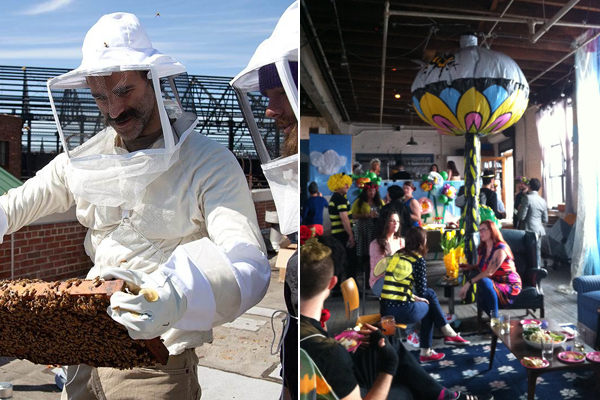 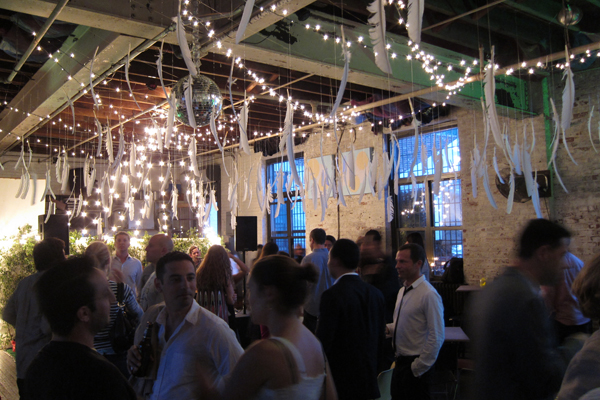 Something Clinton Hill could use more of: Landmark protection.

First moment you felt like a real Brooklynite: The first time I rode my bike back over the bridge to escape the city (Manhattan) but while still technically staying in the city. For me, that's the essence of Brooklyn: the exhilaration of Manhattan, but with trees, sky, safer biking routes, and a diversity of neighbors whom I know.

Neighborhood to explore: Sheepshead Bay. I went one early morning for a deep-sea fishing tour, but missed the boat, and went home. I have a feeling it's got more to offer than just the subway station and marina.

Brooklyn hero: How about Harvey Lichtenstein? He was the executive director of BAM (Brooklyn Academy of Music) for 30-plus years, turning it into a cultural powerhouse. The Harvey Theatre on Fulton, one of my favorites, is named after him.

Local Natives: Joshua Boissy of Maison Premiere, Brooklyn
How Locals Spend a Sunday: The Flea, the Food, the Kid, Brooklyn
The Roll Call of Forgotten Brooklyn