Fathom assistant editor Berit Baugher heads to the Caribbean and spends a day exploring the beaches of St. Barts and drinking the world's best piña colada.

ST. BARTS – Despite its reputation as a cheesy party island with oversized yachts and blinged-out bikinis, and being declared "over" by the media, St. Barts (short for Saint-Barthélemy) has always been on my list of places to visit. I love all things French, and the thought of finding a little piece of France in another part of the world always appeals to me. When a friend's wedding brought me to St. Martin for a long weekend in the most brutal of winters, I knew it was my chance for a quick day trip to the island next door.

I only had a day, so I did a hefty dose of research before arriving on St. Barts. Ferry and flight options are limited, so I booked tickets on Voyager departing from Oyster Pond and prepaid for a Europcar rental.

The boat ride was amazing — granted, I take the Brooklyn Ikea ferry during summer months just because I like the ride — the 30-minute trip comes with incredible views and a glass of fresh mango juice. What a way to start the morning.

I was worried we'd have a hard time finding the rental car once we arrived, but my fears were squashed the moment I saw how tiny Gustavia is. We easily located our car rep in a bright green shirt with the company's logo. The car was ready and waiting in a lot adjacent to the dock. We signed a contract, were given a vaguely marked map of the island, and were off.

The island is small so you could walk to some of the beaches from Gustavia, but it's hilly (like San Francisco hilly) and the street signs are few and far between. We spent a good hour trying to find the first beach on my list. On any other day trip it might have been annoying, but driving around St. Barts gave us a great lay of the land and felt like scenic roller coaster ride. It's important to note that I was not the one driving. That would have been a disaster. 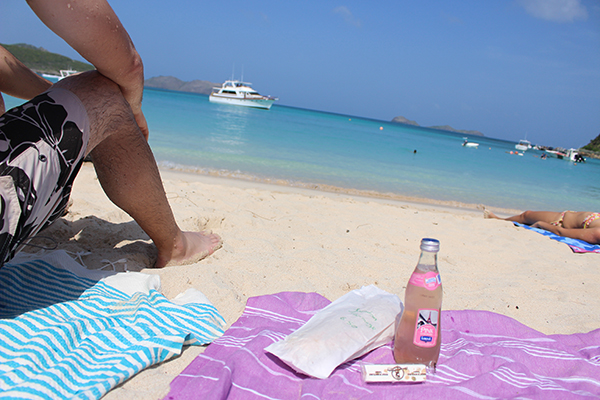 St. Jean is a town on the north side of the island just past the airport. It's home to the beautiful Baie de Saint Jean and the famous Eden Rock hotel. The beach is small and perfect for kids or people like myself who prefer calm water and no seaweed. It's pretty much a giant bathtub.

We stopped at Maya's To Go for jambon et fromage sandwiches, Lorina sparkling pink lemonades, and a bar of French nougat to take to the beach. 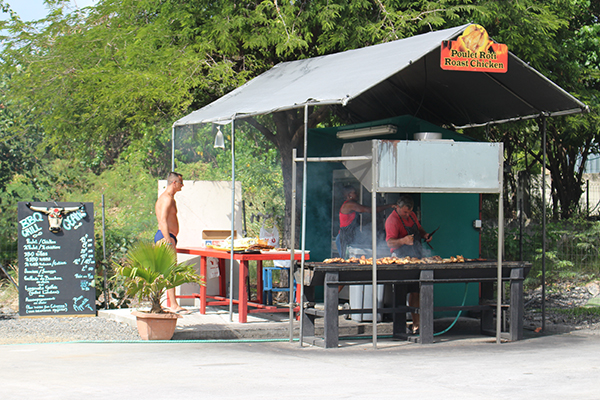 We spent the morning swimming, lounging, and people watching before checking out a few of the shops. Because it was Sunday (when the island all but shuts down) most of the stores were closed, but there were a few cute ones open, including Cabane on the main street parallel to the beach. Next time I'll head over to the Sand Bar at Eden Rock for a mid-day cocktail and one of their whole wheat pizzas or Kiki-é Mo for a panini and fresh fruit smoothie before settling down in a plush sun bed at the legendary Nikki Beach.

On the way back to the car we spotted a roast chicken and ribs shack in the parking lot of Boucherie St. Jean (Face Villa Créole) and couldn't help but indulge in a second lunch. It was delicious. 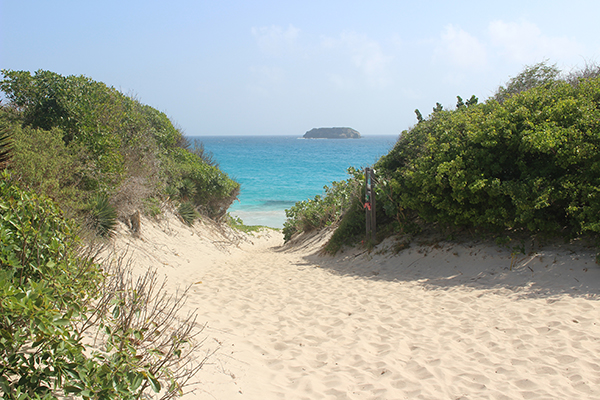 The entrance to Saline Beach.

The next stop on my list was Saline Beach, which is the complete opposite of St. Jean. Located on the south side of the island, this beach is harder to reach but worth the effort. After hiking through a rocky wooded path next to a swamp, we found a sign for the beach and immediately understood why it's an island favorite. The beach is huge with tons of space, very few people, and perfect waves for body surfing. 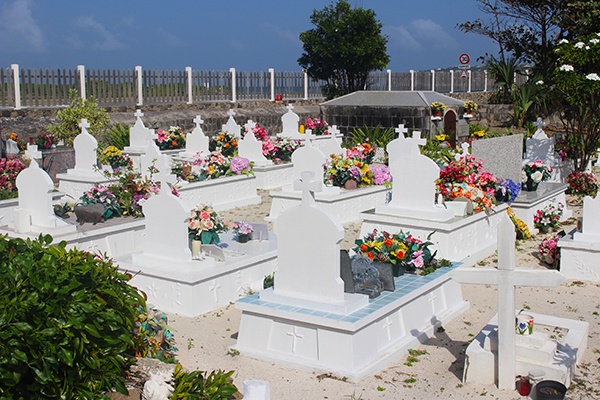 On the way back to Gustavia we stopped to refill our gas tank at the station next to the airport and came across one of the most striking cemeteries I've ever seen. Bright, florescent flowers cover white stone graves, and only upon a closer look do you realize they're fake. And then you think to yourself, oh, of course they're fake. It's way too hot here for real flowers. 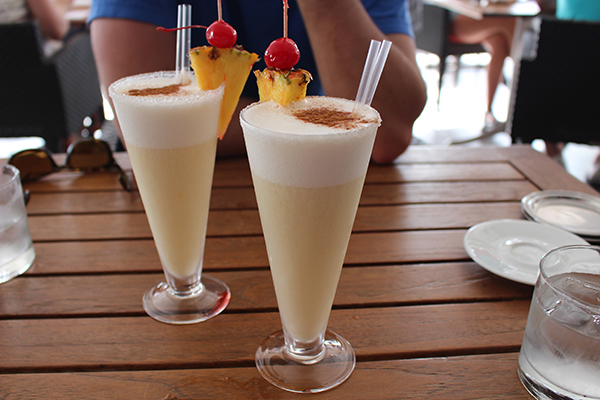 With a bit of time to kill before our ferry back to St. Martin, we stopped for piña coladas at Le Repaire. I don't know if it was the long day in the sun or if I was just totally enchanted with the island, but it was the best one I've ever had. Icy cold and sprinkled with cinnamon.

International flights don't land on St. Barts. The easiest way to get there is to fly to Juliana Airport on nearby St. Martin, and from there take a ten-minute shuttle flight on Winair or St. Barth Commuter or catch a 30-60 minute ferry on Voyager or Great Bay Ferry, which leave from different ports on the island.

Pretty Little Secret: A Chic Bahamas Retreat
Love Letter: Parrot Cay
How to Bring the Caribbean into the Bedroom