Spa devotee and Austin girl Darlene Fiske wanted to experience a less glamorous side of the spa world on a trip to New York City.

NEW YORK CITY – I am no stranger to spas. Don't hate me, but my job has afforded me the luxury of visiting some of the finest facilities in the United States. So believe me when I say that I love nothing more than to sip cucumber-infused water while wearing a big, fluffy robe and anticipating the transport to serenity and bliss.

But on a recent trip to New York City, my skin cells had a hankering for something a little off the grid. (Who doesn't need to step out of their comfort zone every now and then?) Below the busy streets of midtown, I bid said skin cells farewell and left them on the floor of a damp room several floors underground in a Korean spa experience of epic-dermal proportions.

My mission: to find a reputable spa facility similar to the one a friend wrote about for a magazine several years ago. One where she was scrubbed and rubbed to the brink of pain — both physically and mentally. After a few emails and Facebook messages with trusted advisors, I found a suitable location called Spadium and booked two "special packages" for us (you thought I'd go through this alone?), which included "sauna, steam, scrub, massage, and a face mask" for $110 per person — a bargain compared to five-star spas.

But even this stellar rate would come at a price. Readers, I have lived the no-frills Korean spa. I have earned the learnings of my three-step Korean spa survival plan. 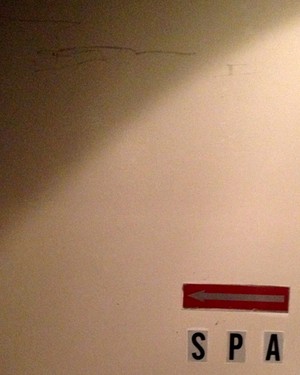 Step One: Throw Your Modesty out the Window

Of course, in this particular instance, there were no windows, so I decided to leave my inhibitions on the sidewalk as I descended stairwell after stairwell below the New York City streets, following peel-and-stick reflective letters that spell out "S P A." (This place is open 24 hours, and presumably it gets dark at 3 a.m.) Modesty has no place here, I quickly realized, as I hung my robe on the shower hook and noticed I was surrounded by complete nakedness. My own. My friend's. And that of a roomful of strangers. (At least it was not co-ed. Point one in my favor.) Everyone was naked except for my "therapist," who was wearing a black lace bra and panties. Yeah, black lace.

Not just the nightmarishly emotional pain of being naked in a room full of strangers, but the physical pain of having every inch of my epidermis scrubbed off my body by the robust hands of my therapist. Remember her, the one in the black underwear? I was surrounded by a halo of my own dead skin on my massage table. When I glanced over to see the same ring of death surrounding my friend, I started to feel like a human Parmesan cheese wheel on the grater. I was in awe. I was in shock. But mostly I was afraid of what was next. 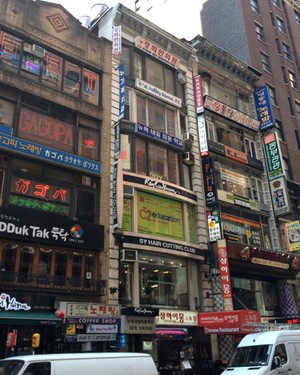 After the body scrub, we were rinsed with warm milk and massaged with what I'm pretty sure was Johnson's baby oil — an interesting choice considering my spa lady, who was now straddling me on the table, was having a difficult time staying on during the back massage. As much as I clicked my bare heels and quietly chanted, "there's no place like the Mandarin Oriental, there's no place like the Mandarin Oriental," the uncontrollable giggles from my cohort kept me painfully in the moment. I couldn't blame her. We looked like wet seals slipping and sliding all over our tables.

The final cucumber face mask was a pleasant respite from the humiliation of all that had preceded. And it might have helped erase some of the pain we had already endured had the final step not been one last shower. In an open area. With everyone else and their naked mother trying to wash away the embarrassment of the last two hours of their lives. From there, we changed back into our clothes for the hike back to street level where the real world (as well as our outdated modesty) was still waiting. 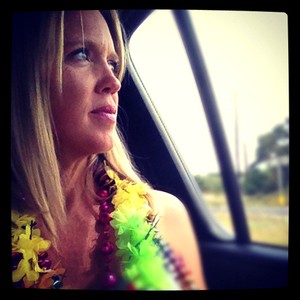 "Wow," was all I could muster.

"I felt like I was just licked to death by my momma cat," my friend said.

Let me be clear: Our skin was softer than a pair of Valentino suede ruffle boots. And who needs those extra million skin cells anyway? Or self pride?

"Would you do it again?" she asked.

Mentally confused and physically exhausted, I answered, "In a heartbeat."