On a recent trip to Paris, Fathom founder Pavia Rosati revisited her old stomping grounds in the 9th arrondissement and found it livelier and cooler than ever.

PARIS – I just got back from a week in Paris, where I spent a lot of time in the cool 9th arrondissement. The neighborhood is dear to my heart: It's where I first lived when I spent my junior year abroad in Paris. It's much trendier now than it was then, a good decade before it had acquired the unfortunate nickname "SoPi" — south of Pigalle — and I had a great time getting reacquainted with the neighborhood. It was like seeing an old friend up to new tricks.

My preferred way to explore Paris, a habit that began on an eight-hour stroll on my first day in the city, is to walk the streets slowly and pay attention. Here's what I loved on the streets where I lived. 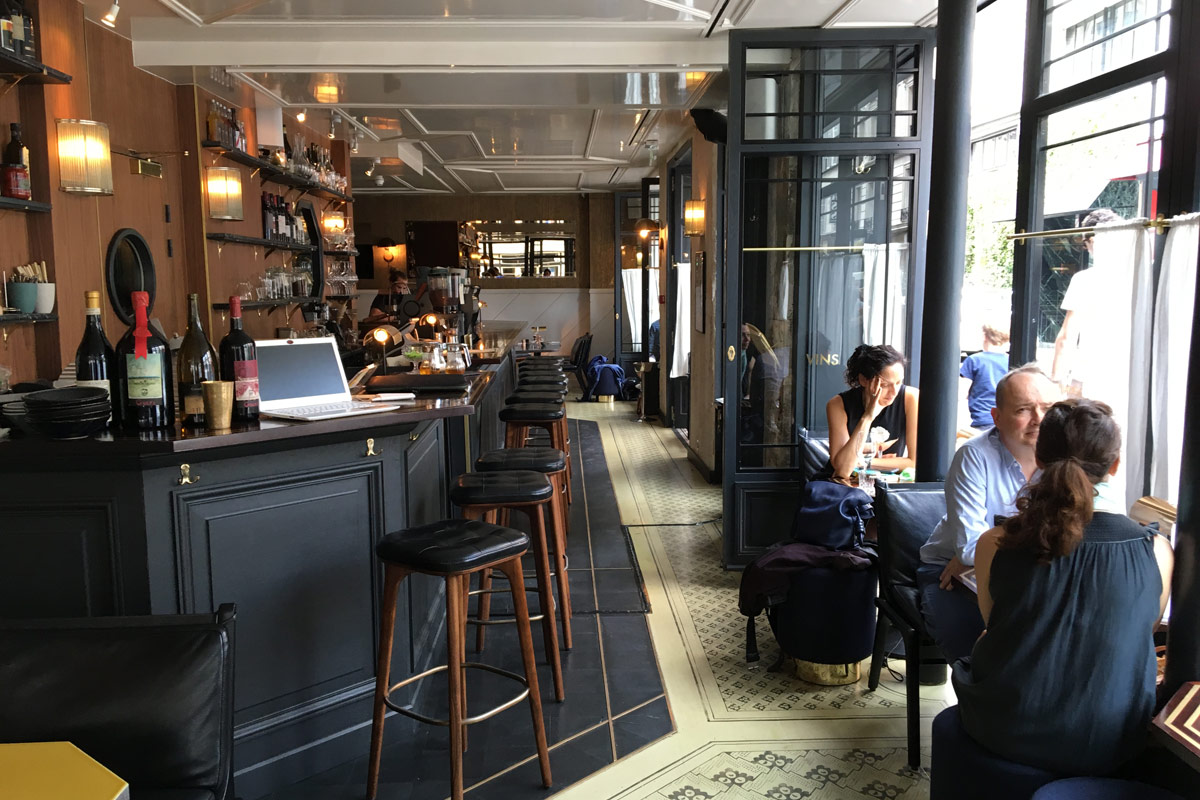 The bar and restaurant at the Grand Pigalle Hotel. 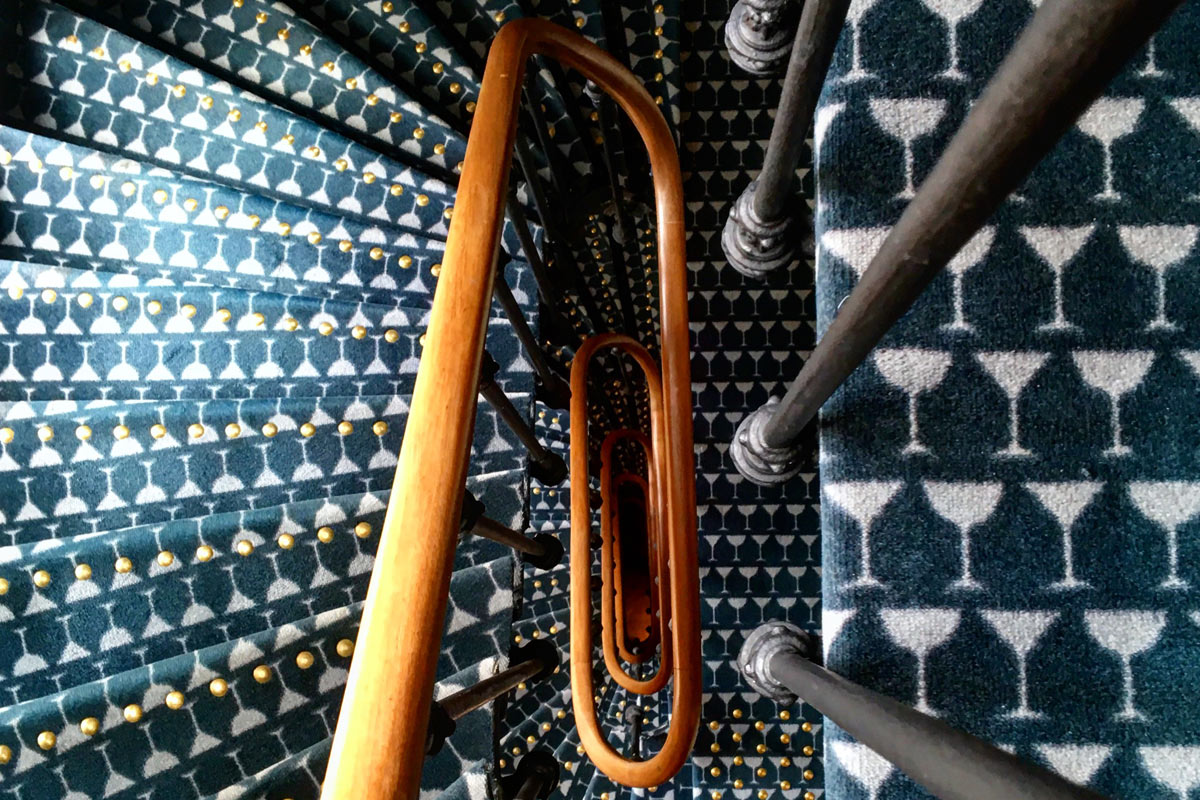 My home base was the fun and funky Grand Pigalle Hotel. The hotel, the first from the founders of the cool Experimental Cocktail Club bars, exhibits a charming "bed and beverage" theme throughout the space. The dark blue carpet has a martini glass pattern, the toiletries are in wine-shaped bottles, and (no surprise) the bar and restaurant dominates the ground floor, with floor-to-ceiling doors and windows that open onto the street. The staff of Italian baristas make great coffees — I spent a happy morning perched at a table pretending to work. The rooms are cozy, which I'm using as a euphemism for small, but don't feel cramped. Our French doors opened onto Rue Henry Monnier below, which made me feel even more like I was part of the neighborhood.

For a short little street, it packs a stylish punch. Flower shops, bakeries, boutiques, eateries — it's a microcosm of the best of Paris right now.

Le Pétrin Médiéval
31 Rue Henry Monnier; +33-1-44-53-05-02
The self-described "Artisan Boulanger" sells great baguettes, croissants, sandwiches, and sweets like almond pretzels. The girl behind the counter wouldn't let me take a photo of the pretzels, which was so annoyingly French of her.

Debeaulieu
30 Rue Henry Monnier; +33-1-45-26-78-68
You probably won't need to send anyone a bouquet when you're in Paris, so walk into this flower shop to remind yourself that the French have an exquisite green thumb and aesthetic.

Myrtille Beck
30 Rue Henry Monnier; +33-1-40-23-99-84
I love this tiny jewelry boutique and covet everything in the glass cases — delicate gold necklaces and rings with small stones. Myrtille herself will most likely be there, crafting her pieces in the back of the shop. 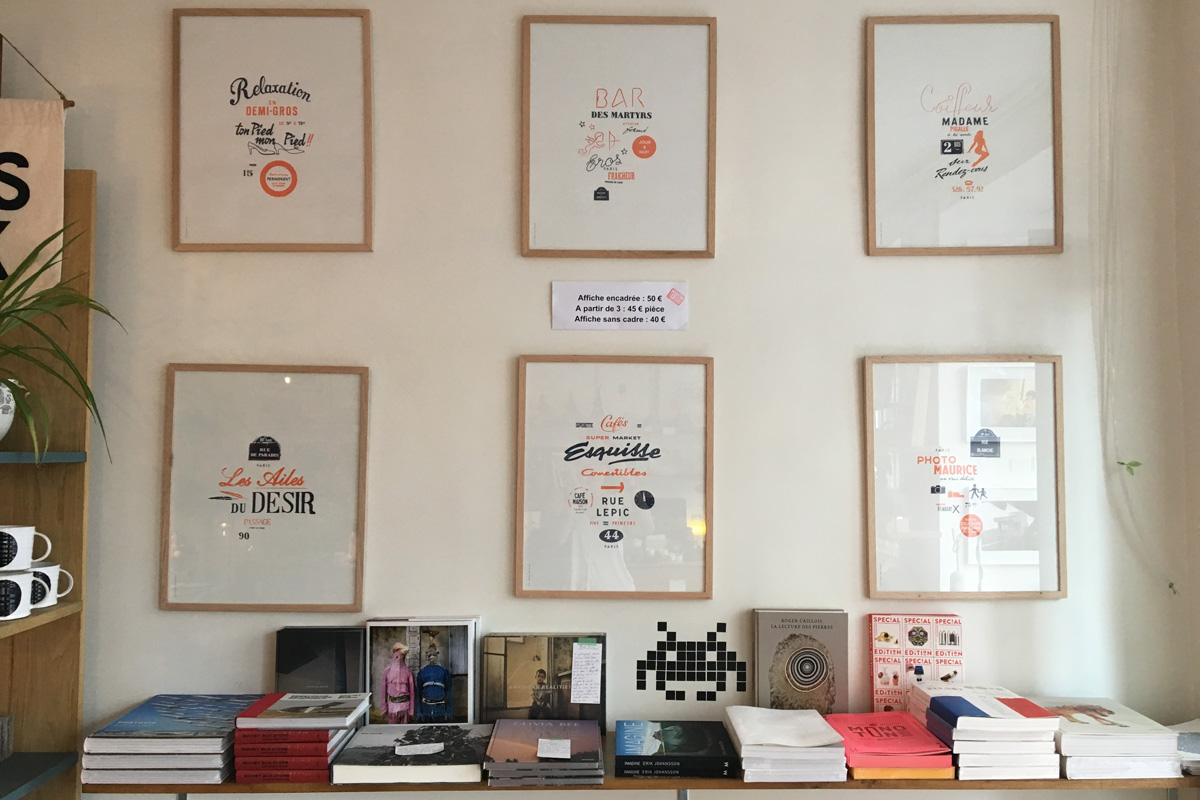 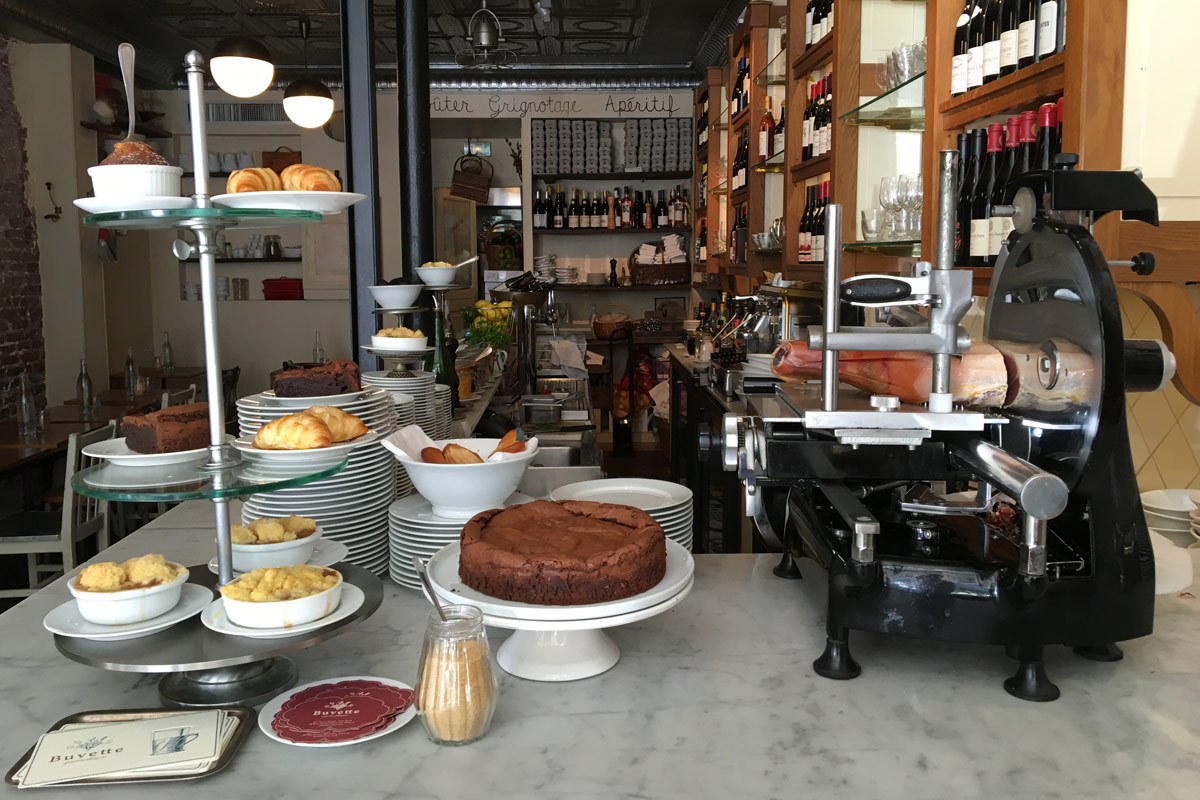 You'll want to eat what you see at Buvette.

Buvette
28 Rue Henry Monnier; +33-1-44-63-41-71
My husband thought I was crazy to suggest lunch at the replica of the restaurant we frequent in NYC, but I was curious how chef Jody Williams translated her vision overseas. Very well, it turns out. The salads were tasty, the wines were crisp, and the décor was on gastro-farmy point.

Luz Verde
24 Rue Henry Monnier; +33-1-74-64-29-04
The French are having a taco moment (along with the rest of the world), and Parisians are clamoring for them at this small restaurant dominated by a long wooden bar.

Petites Chéries
17 Rue Henry Monnier; +33-1-45-26-09-03
A self-billed "little fashion shop" filled with the kind of cute and flirty clothes and accessories worn by girls who spend all day thinking about their Instagram posts.

Le Rocketship
13 bis Rue Henry Monnier; +33-1-48-78-23-66
I want everything in this housewares boutique, especially the things I don't need. Washi tape; a collection of small, Japanese-style ceramic plates and sake cups; cool minimalist stationery by Mishmash and La Petite Papeterie Francaise; fun pillows and puzzles; neat stacks of art books; and prints made by the graphic designer brother of the shop owner.

Célia Darling
5 Rue Henry Monnier; +33-1-56-92-19-12
Vintage women's fashion for sale in an unassuming shop. There's real-deal vintage, like Courrèges and Pucci, as well as modern vintage like Prada and Balenciaga. 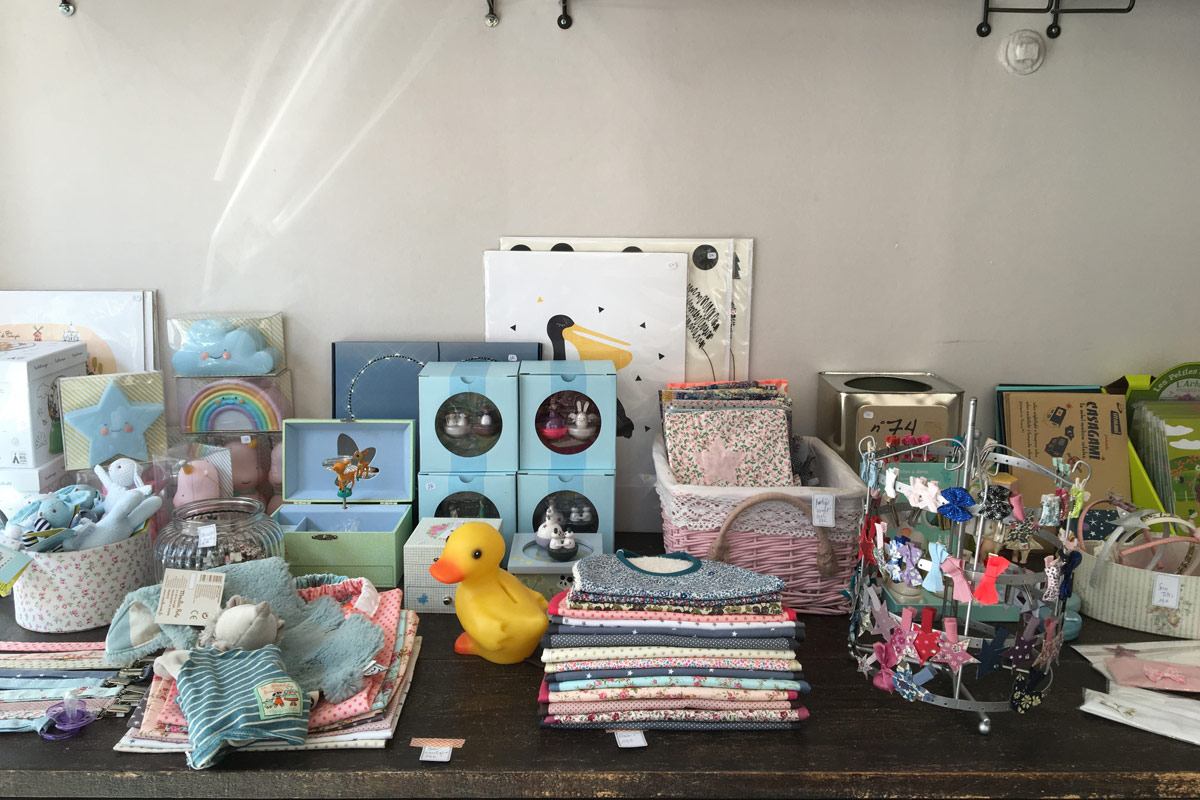 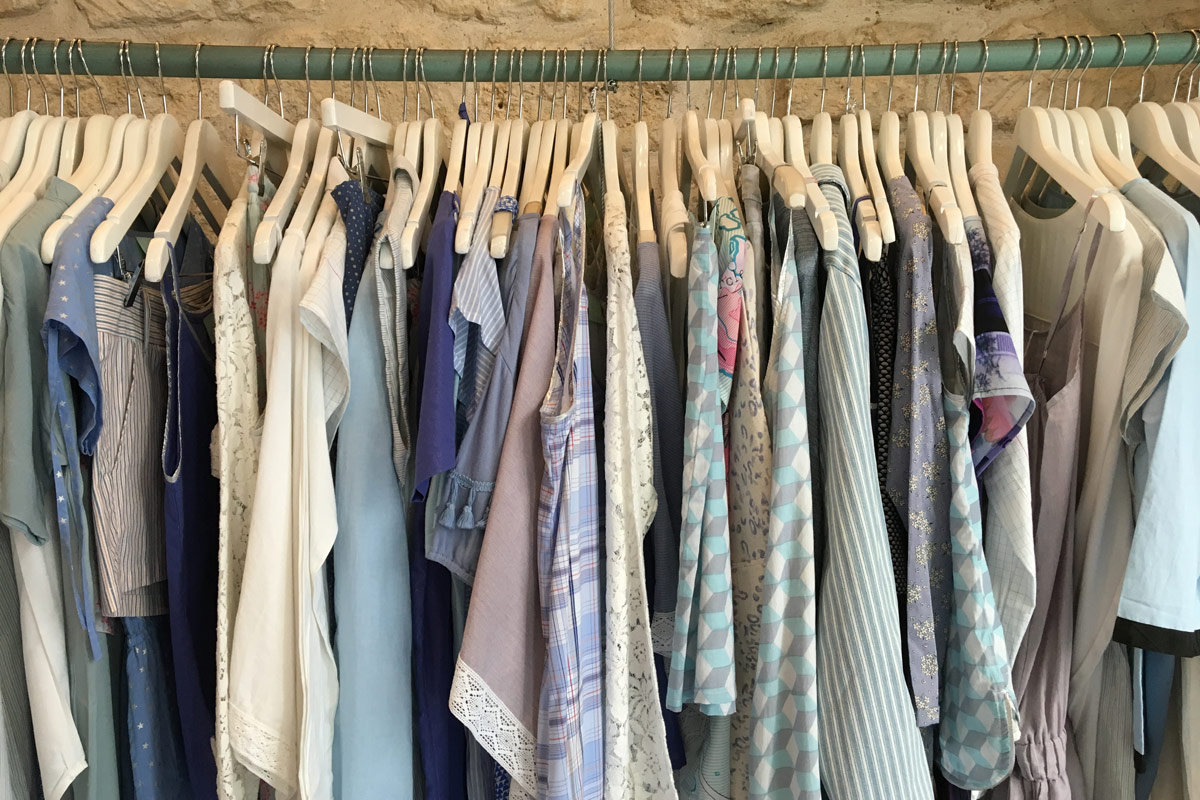 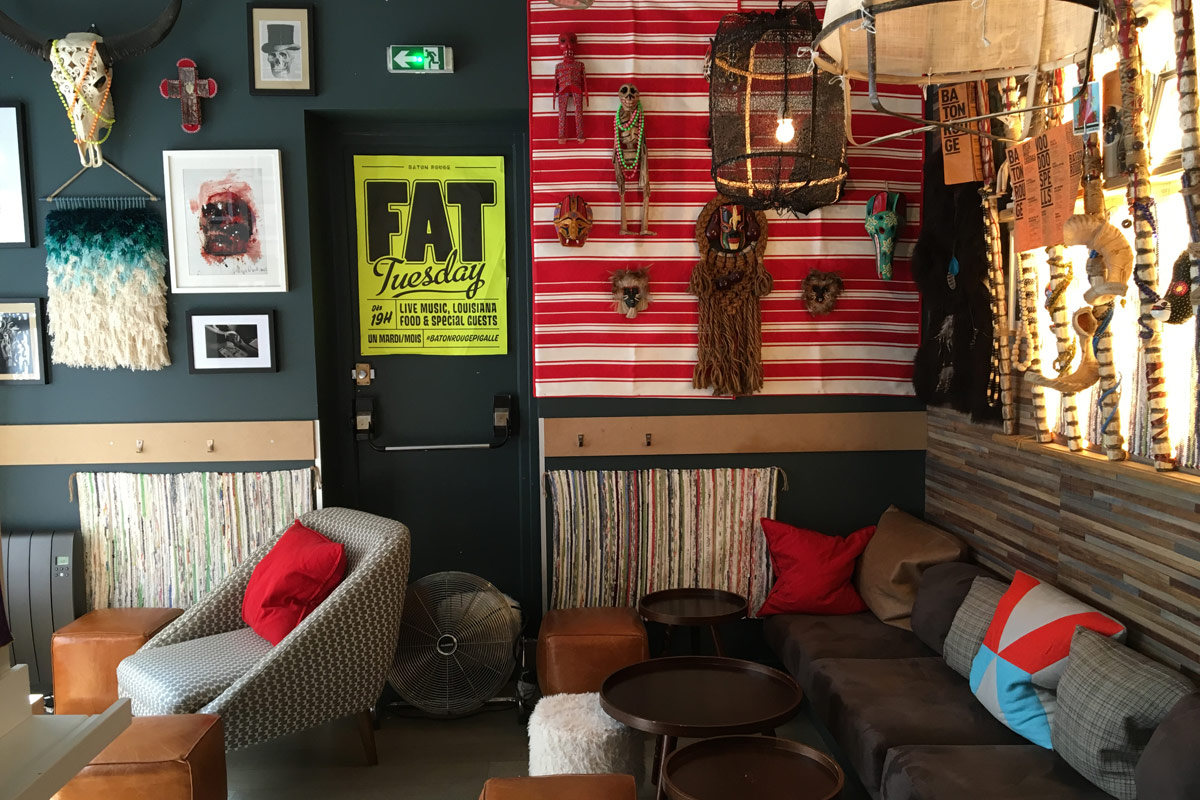 See you in the lounge at Baton Rouge.

Jamini
10 Rue Notre Dame de Lorette; +33-9-83-88-91-06
A lovely Indian housewares boutique (named for the violet color of the lotus flower) that sells pillows, laptop covers, tablecloths, napkins, scarves, and other textiles, as well as a killer daybed. Owner and designer Usha Bora is from Assam, India, but has lived in Paris for fifteen years. She produces everything in India, and it's a real family affair: The clothbound notebooks are filled with recycled paper her father makes from rhinoceros and elephant poop. They'll be opening a pop-up shop in Brooklyn in spring. (Check out her neighborhood guide to the 10th arrondissement.) 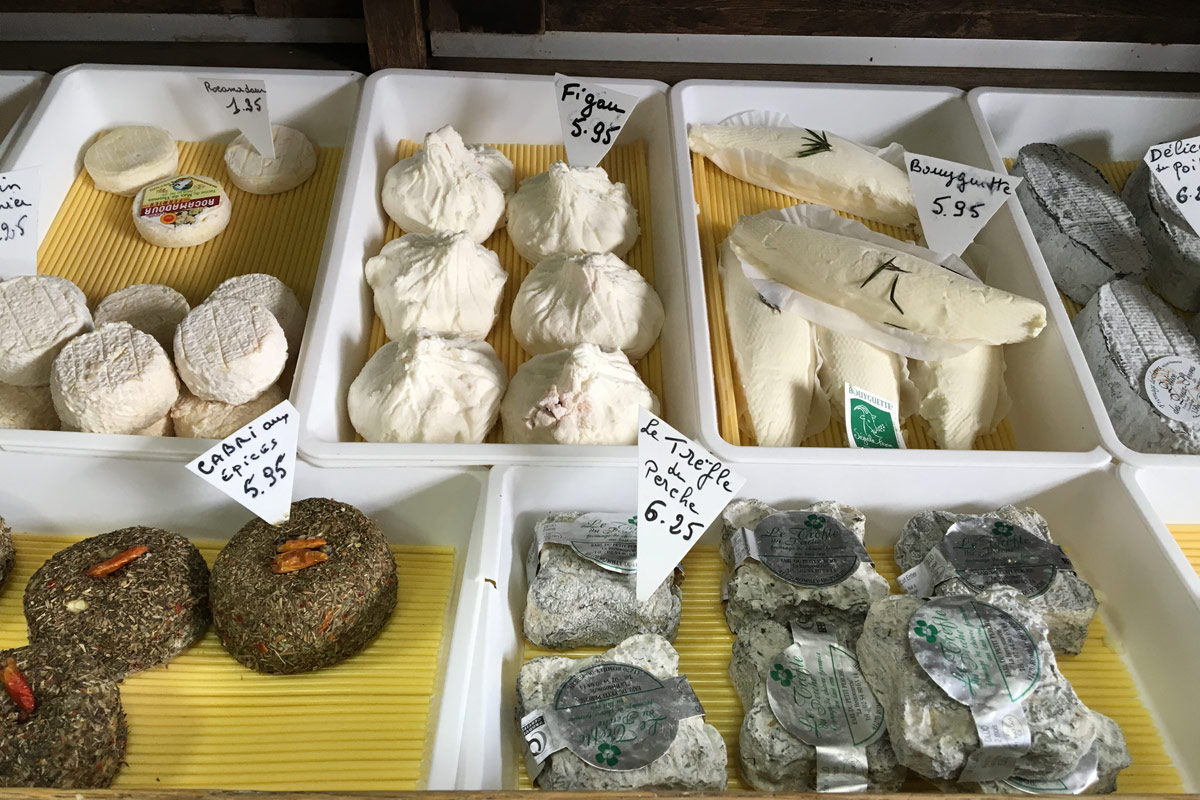 So much chèvre at Fromager Chataigner.

Everyone credits this as the street that made the neighborhood. But as bigger brands like Kiehl's move in, Martyrs feels more commercial than Henry Monnier. But indie spots remain, not to mention many excellent food shops. Do your shopping on Monnier, then your snacking on Martyrs. The reverse order will be no fun in the dressing room.

Fromager Chataigner
3 Rue des Martyrs; +33-1-48-78-23-60
Wow, do I wish I lived upstairs from this gorgeous cheese shop staffed by efficient older French ladies. The small cheeses on display include an array of chèvres in fun shapes like baguette and figue (there's a fig inside). Don't even get me started on the mounds of butter for sale by weight.

Sébastien Gaudard
22 Rue des Martyrs; +33-1-71-18-24-70
Another food shop that makes me wish I could do my marketing here every day. Established in 1955, it has a very modern look (that tile floor!) and such tempting pâtisserie.

A L'Idéale
25-27 Rue des Martyrs; +33-1-48-78-02-05
The shop established in 1877 sells preppy French menswear — brightly colored separates and shoes. You know, the uniform not-so-gentlemen wear throughout their louche summers on the Riviera.

Popelini
44 Rue des Martyrs; +33-1-42-81-35-79
The cream puff is poised to become the new madeline, as evidenced by this pretty boutique where of-the-moment flavors include rose, praline, and apricot panna cotta.

Marlette
51 Rue des Martyrs; +33-1-48-74-89-73
Sisters Margot and Scarlet are behind this eat-in or take-out bakery and café that sells their baking mixes for breads (grains, raisin-hazelnut), cakes (carrot, fondant au chocolat), cookies (financiers, cereal bars), and other goods (scones, galettes). The healthy ingredients are sourced, whenever possible, from France. You can taste before you buy: The cafe serves pastries made from their mixes as well as sandwiches, eggs, juices. 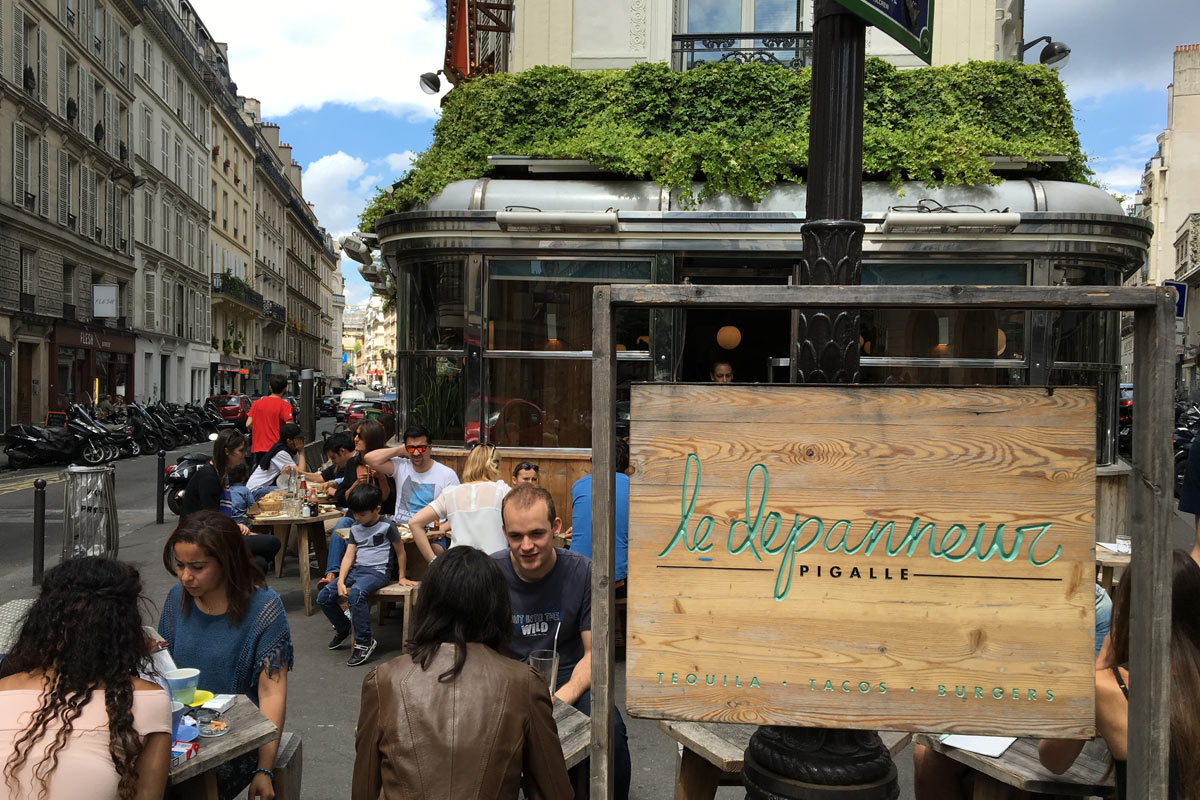 Grab a seat outside at Le Depanneur.

10 Non-Touristy Souvenirs to Pick Up in Paris
Instagram Tour: Favorite Local Spots
A Designer's Guide to the 10th Arrondissement