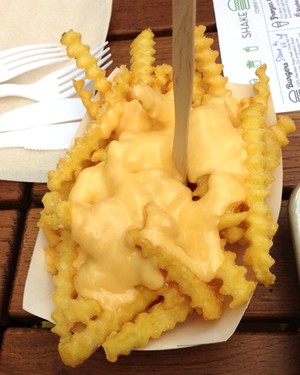 Shake Shack, the American burger sensation that began as a casual food project in New York City less than a decade ago, is opening on Friday in Covent Garden. I sampled a burger the other day (okay: I devoured three in 20 minutes, along with cheese fries and two frozen custards). They're delicious. If you're a Londoner reading this, you should just go reserve your place in line right now, because this place is going to be a sensation.

Shake Shack may not have been hatched with visions for global expansion. But when the first cook doing the tinkering is Kerry Heffernan, then the executive chef at Eleven Madison Park, and the restaurateur is Danny Meyer, of Gramercy Tavern and Union Square Cafe fame, it doesn't take long for your popular little burger cart in Madison Square Park to grow into an empire with outposts from Florida and Connecticut to Istanbul, Kuwait, and Doha. With lots of stops in between. 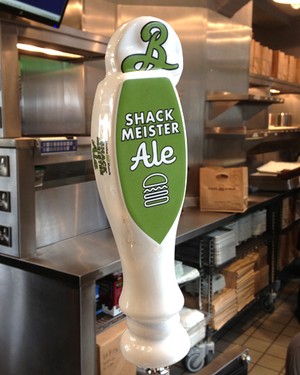 Culinary director Mark Rosati is the chef charged with opening the worldwide locations and ensuring that the food served remains true to the original Shake Shack mission and embodies local tastes, ingredients, and purveyors. (He's no relation to me, by the way, though I totally pretend we're cousins.) So while the no-GMO potato rolls come from the same bakery in Pennsylvania that provides bread for all the Shacks, the burgers are made from 100 precent Aberdeen Angus beef from Scotland, the bacon is free-range Wiltshire pork from Suffolk, and the sausages are handmade by Sillfield Farm in Cumbria from a rare breed of pork. The dense custard ice cream concoctions incorporate local ingredients like St. John Bakery chocolate hazelnut brownies and brown sugar biscuits and local strawberry jam. The drinks reflect a similar mix. Brooklyn Brewery's special ShackMeister Ale and Frog's Leap Shack Red and White wines represent the Yanks; everything else is European.

London's food obsession only gets stronger every time I'm over here, and the burger craze that is still sweeping the United States has already made strong inroads here, as evidenced by Meatliquor, the dark and always packed Marylebone spot with a strong East Village vibe, and Five Guys, which is also about to open in Covent Garden. 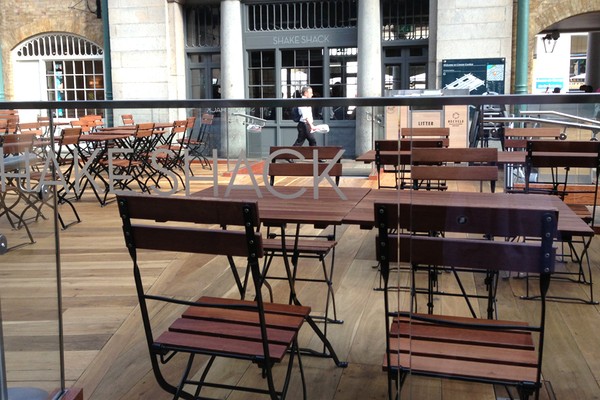 Shake Shack seems poised to be big: Though the space for ordering is small, the dining areas are plentiful. There's a main area in the center of the market, two outdoor areas in front of the market, and an enclosed dining room. Anticipating the inevitable queues, they have pagers that buzz you when your order is ready, so you can watch the street performers doing their thing while you wait for your meal. And with burgers costing around £5, the prices are almost laughably reasonable. Especially for the center of London.