Some hotels are ideal for sleep, some for escape, some for sneaky-sneaky. But here's a first for us: a hotel designed for creative pursuits. The Hospital Club in London may have originally been a place for healing and recovery, but nowadays it's where great new projects come to life. We're inspired just reading about it.

Founded in 2004 as a private members club for the creative community near Covent Garden in the center of London, The Hospital Club added fifteen boutique rooms for members and outside guests in 2015. But this is no mere hotel. Yes, there are meeting rooms, four bars and lounges, and an award-winning sustainable restaurant on site. But this is the place to come when you're feeling inspired and ready to shoot that talk show, record that album, or film that rom-com, as additional facilities for members and hotel guests include a two-floor, square-foot music and television studio with a floating floor, lighting rig, green rooms, loading bay, and more state-of-the-art gear than you've ever heard of. And, of course, a screening room where you can invite your pals to watch your new masterpiece. 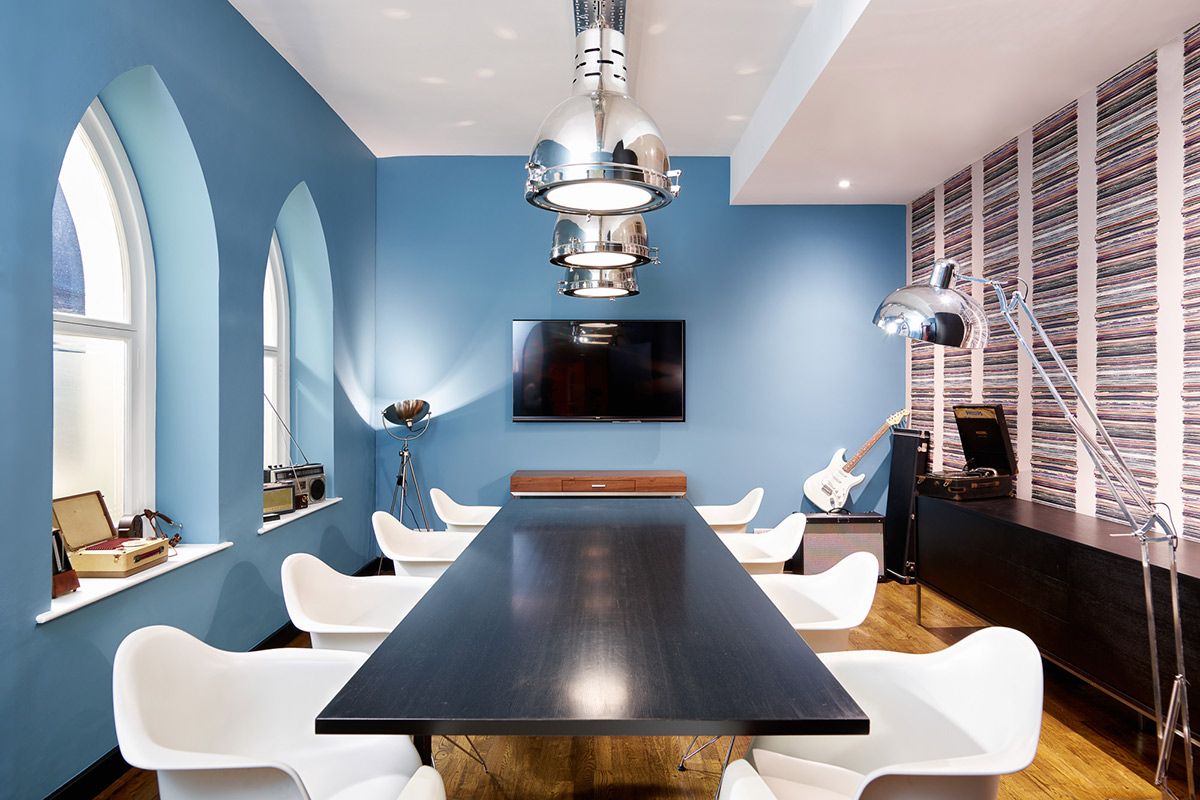 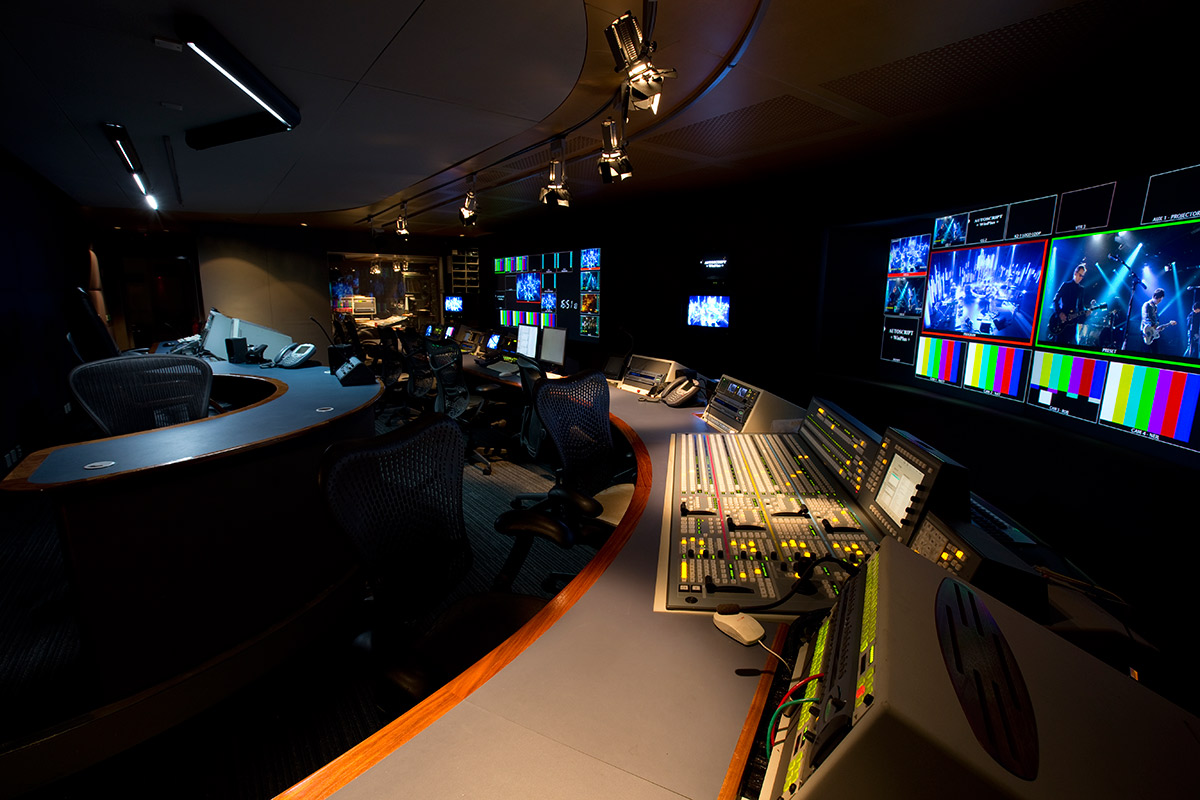 You could say that creative disruption is in the DNA of the space, as the club was founded by Microsoft founder Paul Allen and Eurythmics musician Dave Stewart, who saw potential in the boarded-up space that had once been St. Paul's Hospital. Top TV series are filmed in the production studio, and famous artists like Alec Hardy and Dominic Beattie have collaborated on the design of the rooms.

The restaurant, which has won awards from the Sustainable Restaurant Association, has a local and healthy mindset, with gluten-free and vegetarian menus. Artful salads combine pomegranates, walnut, pear, and goat cheese. British classics include Scotch eggs and venison. 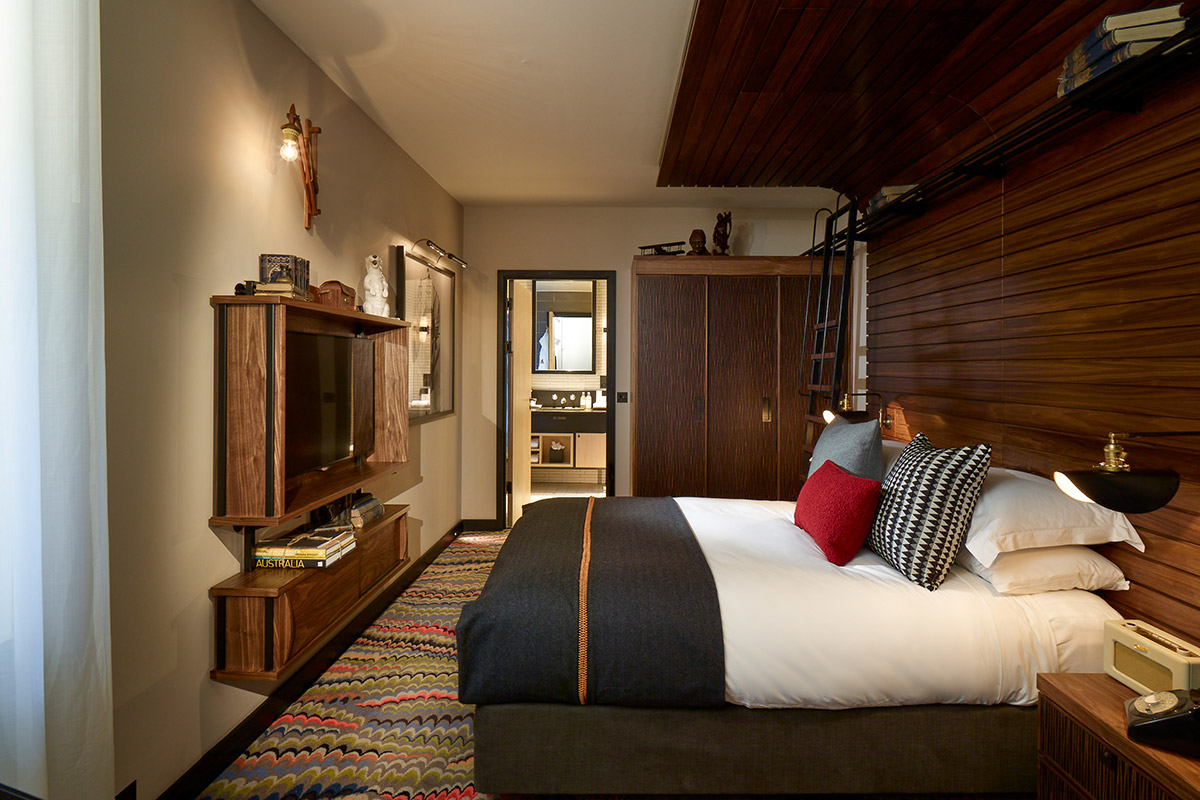 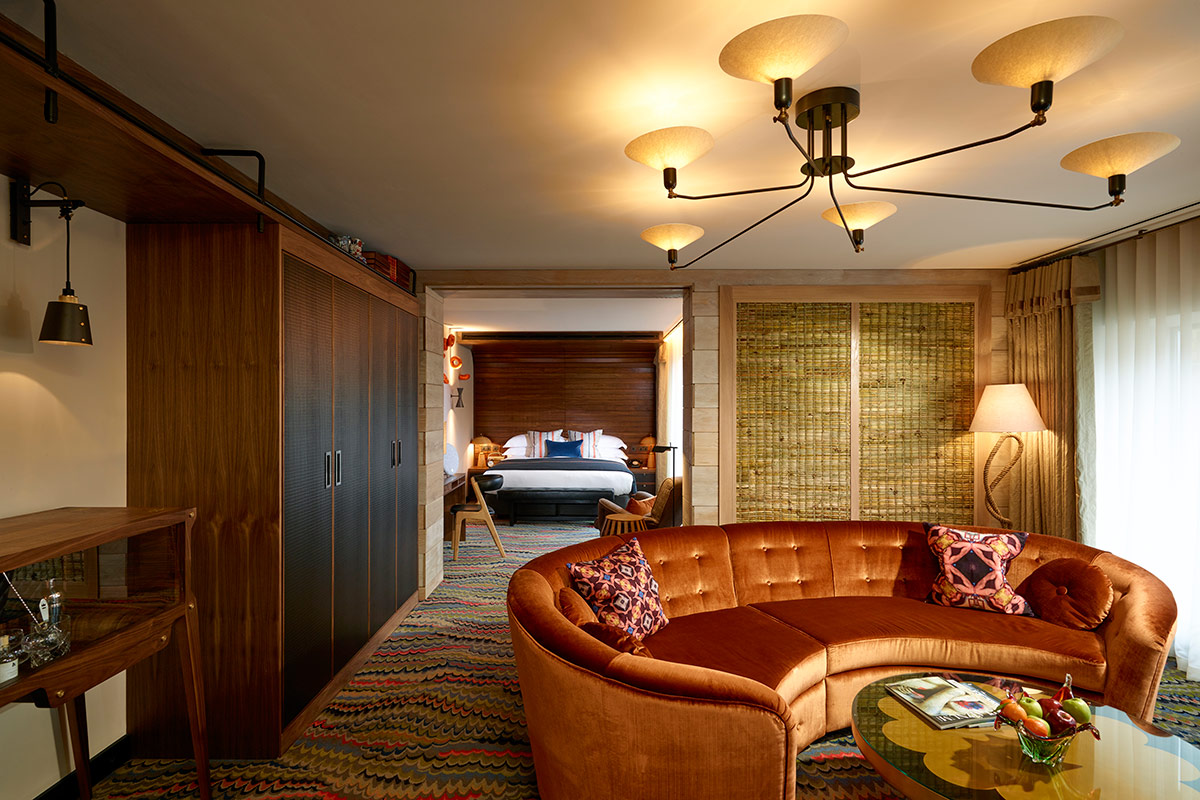 The bedrooms — all former television office studios or dressing rooms — come in four sizes and all are cozy and warm, with wood paneling, colorful carpets, and jewel-toned velvet sofas and chairs. All guests are offered a turndown cocktail trolley at night. But each room has art work created by a designated artist commissioned through the hotel's Bedroom Art Programme. (Some pieces are available for purchase online.) Rick Guest's amazing dance photography from the book What Lies Beneath was the highlight of my spacious, medium-sized room, which had floor-to-ceiling windows, a striped carpet, a velvet armchair, an elegantly tiled bathroom, and a vast bed. In-room accessories include HD 4K televisions, Roberts radios, Libratone speakers, and Ren bath products.

Design-minded types from out of town who want to feel like they're part of a creative network when in London.

This Place Is Not So Perfect For

Those on a tiny budget. Those who like their hotels to be just that. 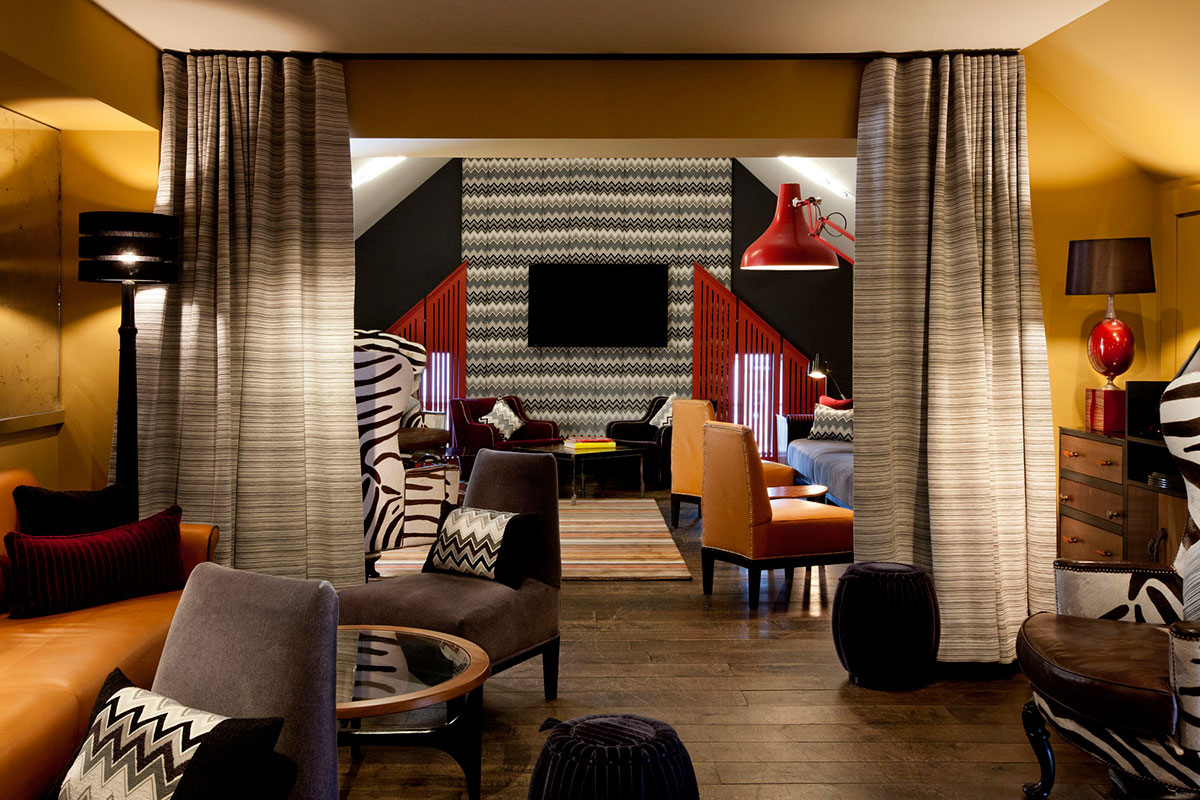 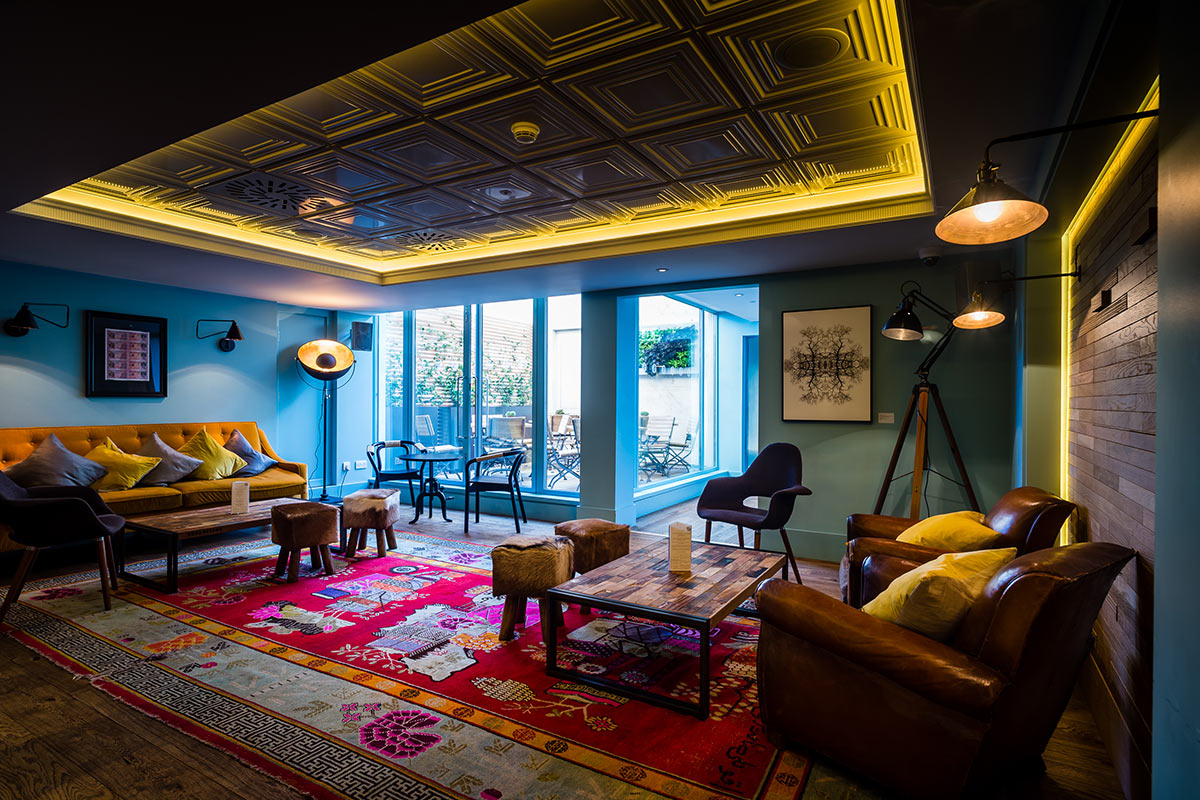 The Hospital Club is on a lively street filled with restaurants and shops a short walk from Covent Garden, which is just as lively, filled with locals and tourists.

The tourist checklist includes Covent Garden Market, the Royal Opera House, the excellent exhibitions at Somerset House, and shows at any number of theaters nearby. Lesser known attractions include dance classes at Pineapple Studios and a swim at Oasis Sports Centre, in what has to be the only public outdoor pool in central London.

Where to Eat and Drink

When hunger strikes, try newcomer Black Roe, the first Hawaiian poke bar in Mayfair. They source all ingredients locally and have photos of the men and women who supply their food on the wall. The Greek street food is delicious at Suvlaki. Chef Alfred Prasad recently overhauled the menu, revising the standard hummus to include fava, lentils, and tahini. Also nearby and delicious are Opera Tavern and the grand Brasserie Zédel. Spend evenings at Milroy's, the oldest whisky shop in London with a hipster cocktail bar downstairs. If male burlesque is on the evening's agenda, hit the racy club nights at Burlexe.