What would it be like to take your house on the road and on the water? Fathom contributing koan editor James Sturz discovers the joys of Airstreaming and house boat living in the rugged and beautiful Western United States.

THE WEST, USA – Barreling east along the Arizona highway, it was my first time towing a trailer. We passed red sandstone mesas, and the 18-wheelers all passed us. Just before, my wife and I had stood in the Las Vegas parking lot with our two teenage nephews and niece, marveling at Airstream 2 Go's glistening fleet.

We were like kids in a candy shop, except these silver-wrapped sweets had queen-sized beds, kitchenettes, bathrooms, and showers. It had taken two hours to stow our gear and learn how the propane tanks, water pumps, stabilizer jacks, and battery systems worked. Then we pulled out from the lot, with our new home hitched behind a 403-hp GMC Yukon Denali. The trailer was 28 feet long, and with the SUV we edged closer to 50. Times like that, you never forget your first right turn. 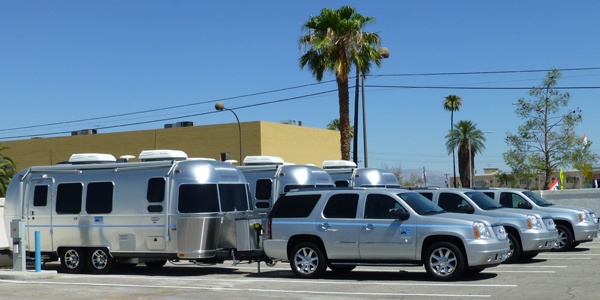 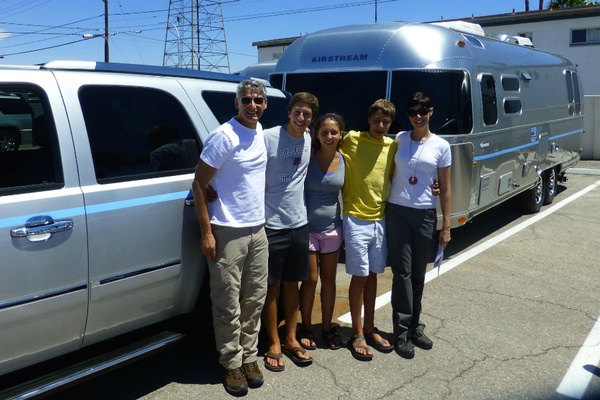 The fleet and the family, all ready to hit the road.

I'll backtrack some more: Summer 1965, just a few months before I was born, Lynda Bird Johnson, the president's then 21-year-old daughter, set out on an eight-state odyssey of the United States, from the Grand Canyon to Ely, Minnesota. She covered 2,900 miles in a small caravan of Airstream trailers, occasionally venturing out by canoe and horse. It was in response to her father's State of the Union speech earlier that year urging Americans to spend their vacations touring their own country, and Lynda Bird's lavishly photographed 31-page account of her trip ran that December in National Geographic with the title "I See America First." As she began, "Our ancestors saw the West in a covered wagon. I saw it in the covered wagon's successor, the travel trailer." One highlight of her trip was meeting up with another 2,600 Airstreams in Laramie, Wyoming, all members of the Wally Byam Caravan Club, named after the iconic company's founder.

First manufactured in 1931, Airstream trailers have played an indelible role on American roads and culture ever since. Based on Lindbergh's Spirit of St. Louis, a 1963 Airstream is part of MoMA's permanent collection in New York. A fleet of eight is parked, nose-buried in the soil, outside Tampa. It's not hard to find more in books or film, although my favorite is the one in Tom Robbins's Skinny Legs and All that's welded to look like a giant roast turkey. 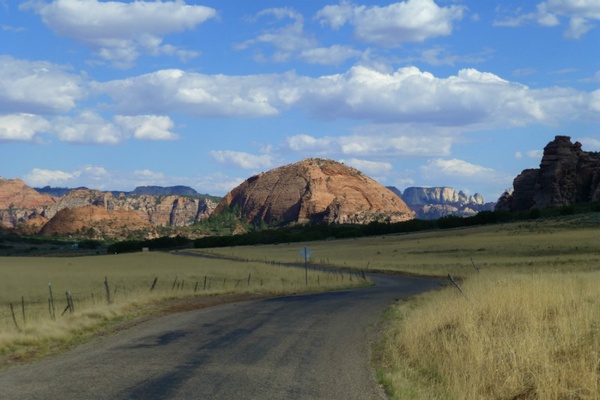 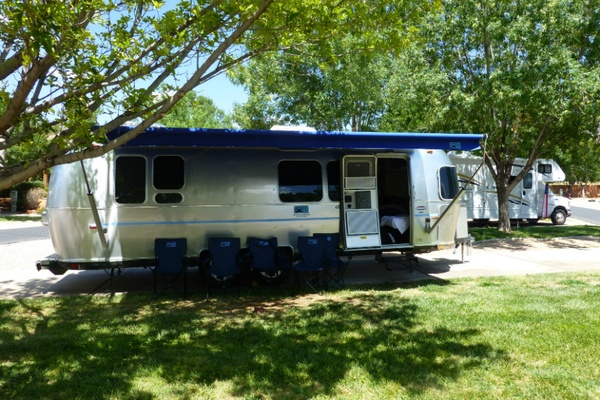 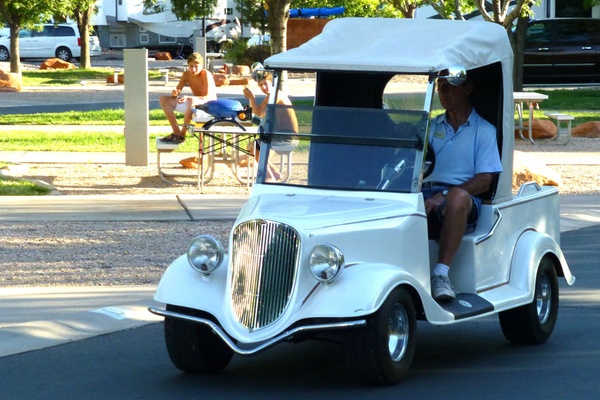 Easy living in the RV park.

With a jumble of keys inside my fist, I planned a See America First expedition of my own, with my North Carolina-raised niece and nephews and Argentinian-born wife, none of whom had ever seen the this part of the United States before. Like Lynda Bird, our first stop was the Grand Canyon. We unhitched in the North Rim's Kaibab National Forest, amid pines and quaking aspens. 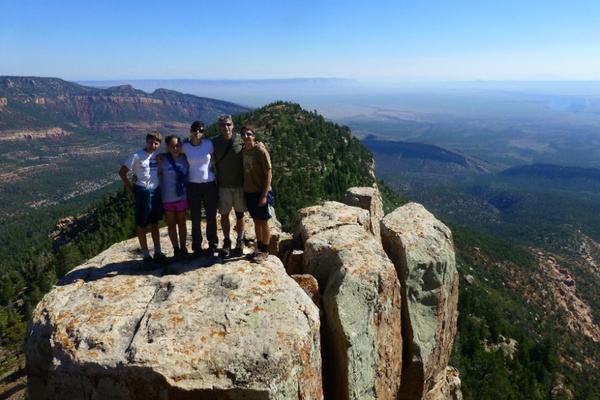 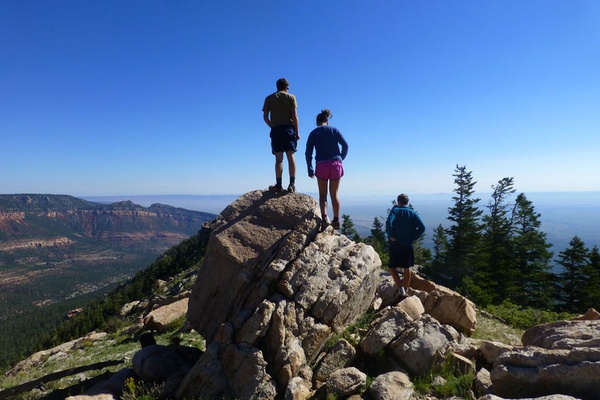 The crew at Grand Canyon.

By day, we hiked. We stood on pinnacles and ledges (was it good uncle-ing to make the kids promise not to fall and break their necks?) and absorbed the staggering views. The least expected one was atop a rickety, 70-year-old, 120-foot lookout tower with panoramas of the entire forest. It quickly became a metaphor for our trip, because we were on the lookout for everything we could discover — not just about the land, but this new way of seeing it, too.

How shiny everything had appeared from that first moment in the Las Vegas sun. Not just on the outside, but also the interior. The knives were sharp. The sheets were crisp. It felt like a entering a brand-new airplane that was going to be ours for the week. Maybe a Gulfstream was out of reach, but an Airstream could still squeeze into a budget. And it was interesting to see how a designer (in this case, San Francisco-based Christopher C. Deam) had worked every interior space, and how the five of us were going to live by stowing and shuffling things back and forth. We had so many bags, but somehow everything fit once we unpacked. And we marveled at how complete the trailer came. Every nook revealed a plethora of tools and space. You pile in, and there's just enough of your own world with you. It's camping — with a guaranteed shower and comfy bed. At night, we grilled outside and lit a fire. Then we gazed at the stars and imagined the Airstream was one of the constellations. 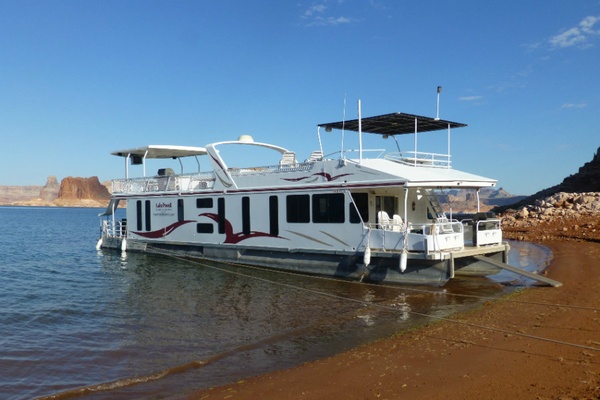 Trading the trailer for a houseboat on Lake Powell. 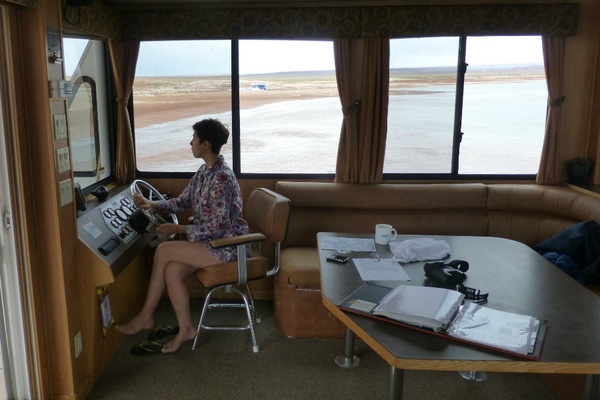 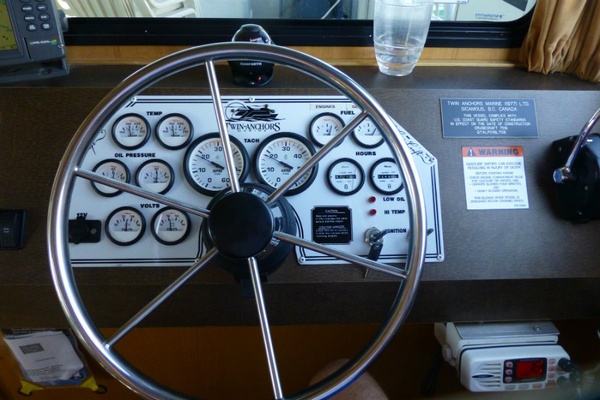 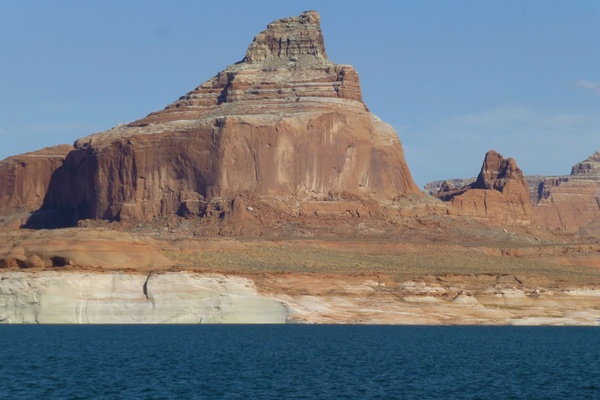 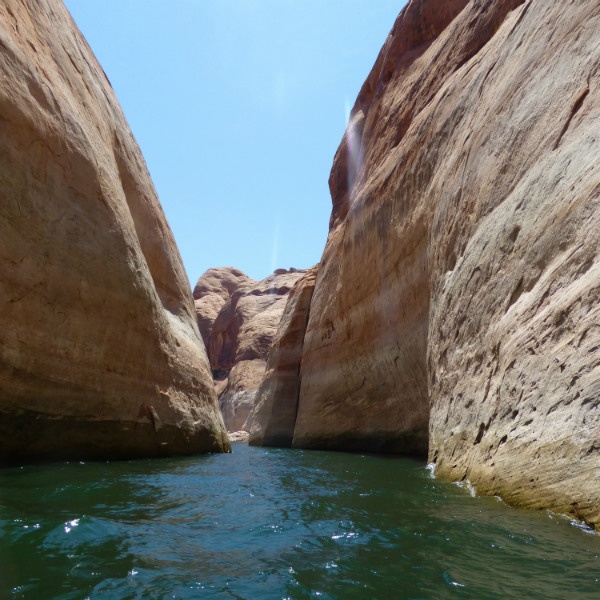 In the morning, Kaibab squirrels with tufted ears darted across the road. Outside the forest, another Airstream passed us. I considered honking, but felt much too serene. Roadrunners scurried silently alongside us, too.

We headed east to Lake Powell, on the Arizona-Utah border, where 1,900 miles of shore means there's more coastline there than on the whole west coast. The water beckoned, so we traded our trailer for a houseboat for the next few days, sailing the canyon cuts (the teenagers went tubing) and learning how to operate another host of blowers, inverters, and DC breakers. It was a battle of two behemoths.

Was there a victor? Let's just say one vehicle ruled the land and the other the water, and neither had any competition. We gaped at the Navajo sandstone buttes and mesas, and especially at Rainbow Bridge, the largest natural bridge in the world. Okay, maybe the planet's own creations were still on top. 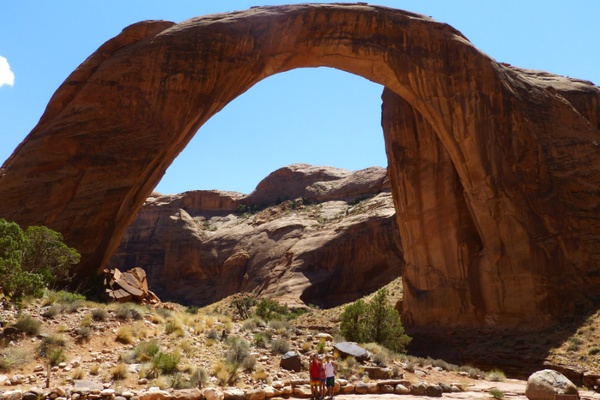 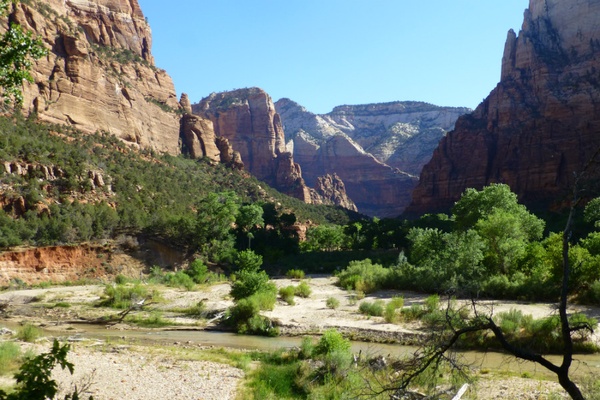 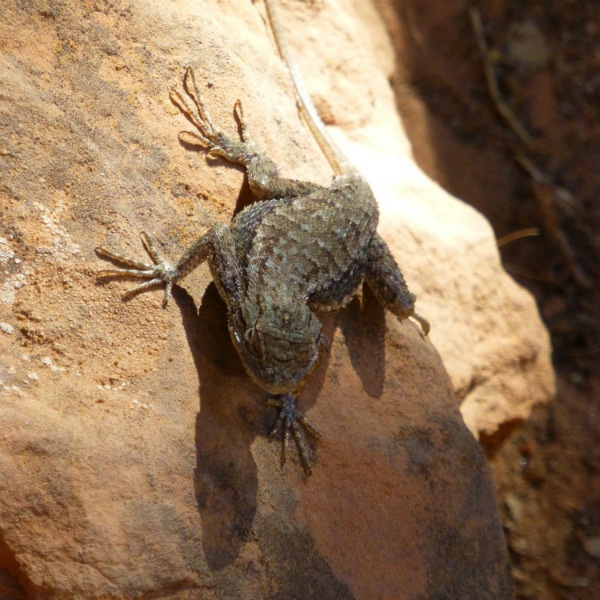 We had one more stop before returning to Las Vegas: Zion National Park. We canyoneered, cycled and hiked — amid bighorn sheep, mule deer, and wild turkeys. It was unnerving to drive the mile-long Zion-Mount Carmel Tunnel into the park (a $15 fee for oversized vehicles like ours briefly converted the traffic to one-way), along with the snaggle of hairpin turns on its other side. (Fortunately, Airstreams come equipped with substantial brakes.) We camped at a RV park, where instead of wilderness we plugged into a 50-amp power source and had fresh, unlimited water. I thought our Airstream was big, but then I looked around. One RV had five TVs, with one you could watch from outside, like a drive-in. Another had a fireplace and a kitchen with a double-sink island. But our Airstream still gleamed.

On the drive back we knew we'd done something new — seen new parts of the country, and experienced them in new ways too. But one thing remained. So I switched on my blinker, checked my mirrors, stepped on the gas, and passed an 18-wheeler.

Before hitting the road, James and his family stayed at The Cosmpolitan of Las Vegas.