LONDON – There are hotel towns and then there are hotel towns, and London is at the top of my list as the city that gets the hospitality thing just right. From crisp linens and piping hot breakfasts to the kindest, most capable staff, London hotels set the bar high. And while they've traditionally been a tad fusty (think leaky — but charming! — showers and plenty of overstuffed chintz chairs), they've also provided top-notch service and hefty doses of old world charm.

The new entrants into the competitive London hotels scene may be are all over the map stylistically, from baroque charm to state-of-the-art everything, but they still retain that common theme of excellence. By the way, we're taking liberties with how we define "new," as some may be a year or two old by now. But all are certainly boutiques. 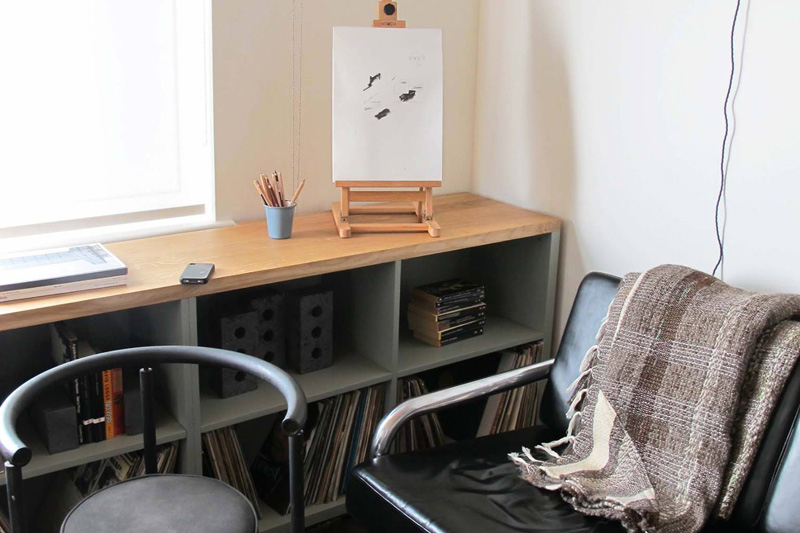 100 Shoreditch High St., Shoreditch; +44-20-7613-9800
Specs: Everything is cooler in Shoreditch, and that includes the hotels. The latest addition to the East End is über cool, like the original Ace outposts in Portland, Seattle, and New York. If your preferred style is grown-up grunge, The Ace makes for a great jumping off point to the city, local galleries, and the incredible local restaurant scene, which includes The Clove Club and Hawksmoor.

Pluses: The lobby scene is vibrant and buzzing with the energy that comes from a fashion-forward, tech, and design-minded clientele. The staff are laid-back and friendly, clad in John Smedley sweaters and Converse trainers. As one might expect from a Pacific Northwest-based company, there is an excellent cafe serving Square Mile Coffee Roasters' best and a juice bar. The happening, in-house restaurant, Hoi Polloi, serves the kind of delicious burgers, inventive sandwiches, and cakes and fancies you actually want to eat at midnight. But the biggest sell is the price point: Rooms are reasonable by London standards. The whole happy-hipster vibe just clicks. Great value for money.

Minuses: Rooms are a bit minimalist (not in a chic, white way) and feel a bit like you're staying in a friend's first flat. Patchwork quilts (albeit by a French design firm), industrial plastic crates, and a slightly gloomy palette (no one needs grey paint in London) add to a slightly depressing effect. The hotel nails the amenities to the wall (refillable jars, all very sustainable, are not for the taking), which lends a gym-like feel to the bathing experience.

Unique Selling Point: Bespoke bicycles are on offer and locally sourced minibars feature killer crisps and crazy things like Pot Noodles that you'd never buy for yourself. The energy at Ace is invigorating, as is knowing that at any moment someone might just bust out a Hacky Sack. 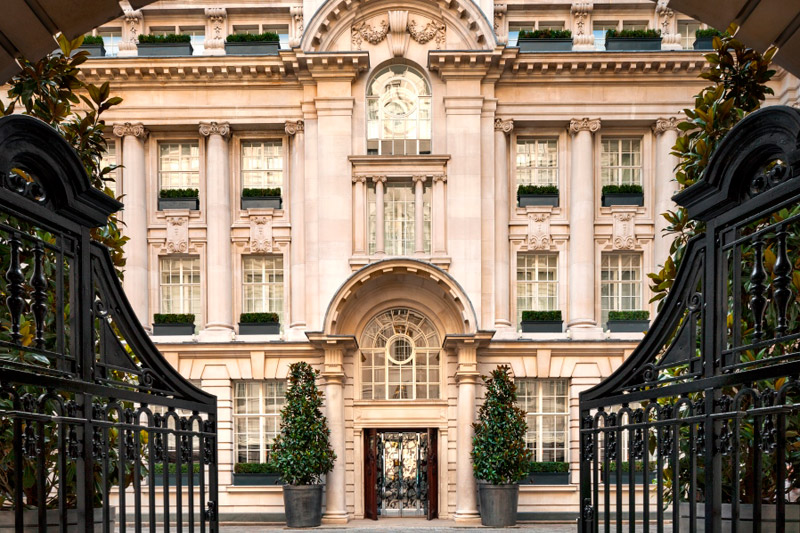 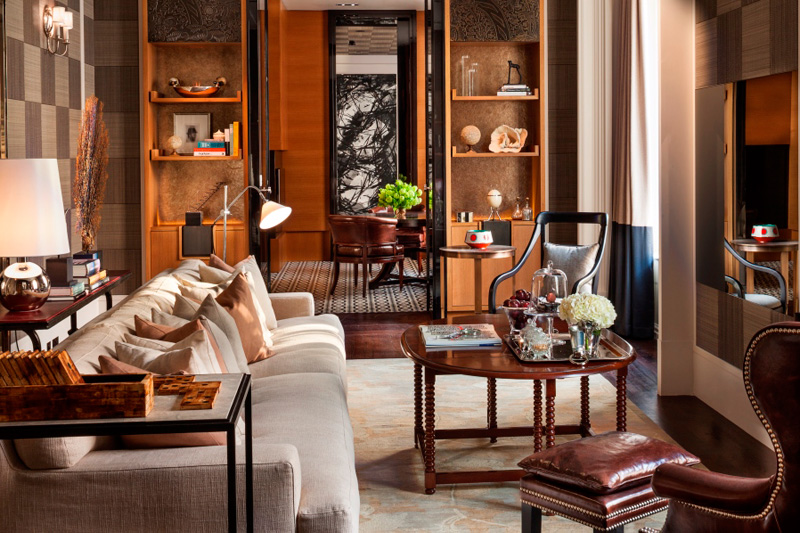 252 High Holborn, Holborn; +44-20-7781-8888
Specs: This 1914 Edwardian Belle Epoque gem in a former insurance company office building has had a $130-million makeover, and it shows to spectacular effect. There are soaring domes, a grand Pavonazzo marble staircase that rises up seven stories to a massive cupola, and Premier Suites grand enough to host a sizable wedding party.

Pluses: The courtyard entrance feels like some sort of Parisian sanctuary. The lobby is filled with books and interesting art (even fancy gents nod off on the sofas). The sumptuous room details (minibars stocked with select Scotches, N'espresso machines, favorable bathroom lighting) add to the overall luxe effect. Incredibly high ceilings, a vibrant lobby bar, the deliciously stocked Delicatessen that opens onto the High Street, and great fitness facilities (still not the norm in the U.K.) make Rosewood worth the detour.

Minuses: The Holborn location is a bit dodgy, although the cheerful concierge spun it as "where the City meets the West End." This is a Mayfair hotel experience nowhere near Mayfair, so you'll need to familiarize yourself with the Piccadily line or enlist one of the hotel's Jaguars-for-hire to get around in style.

Unique Selling Point: The Grand Manor House Wing is accessed via private entrance, features six bedrooms and more than 6,000 square feet of sitting space — not to mention its own postcode (literally). Another differentiatator: General manager Michael Bonsor hails from Claridge's, so no detail is overlooked. 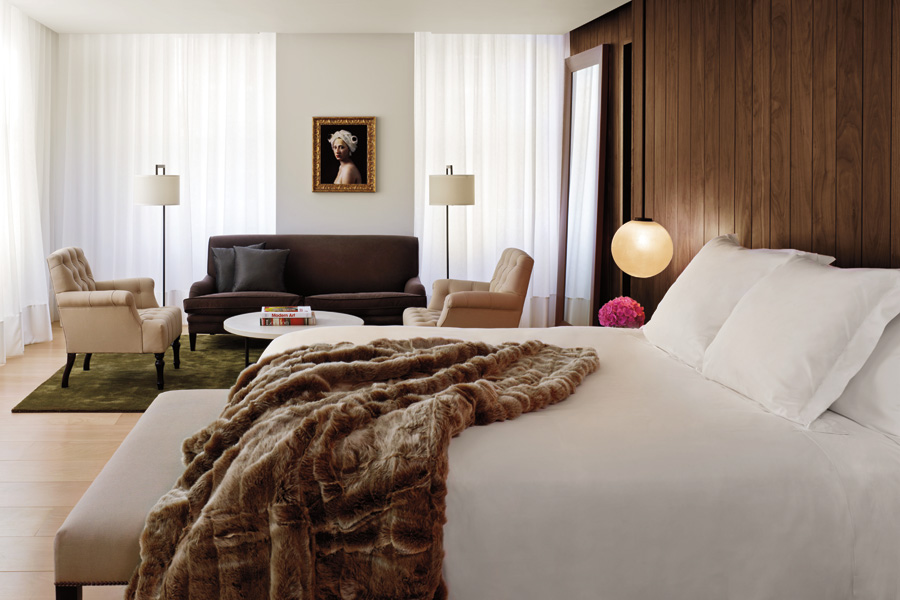 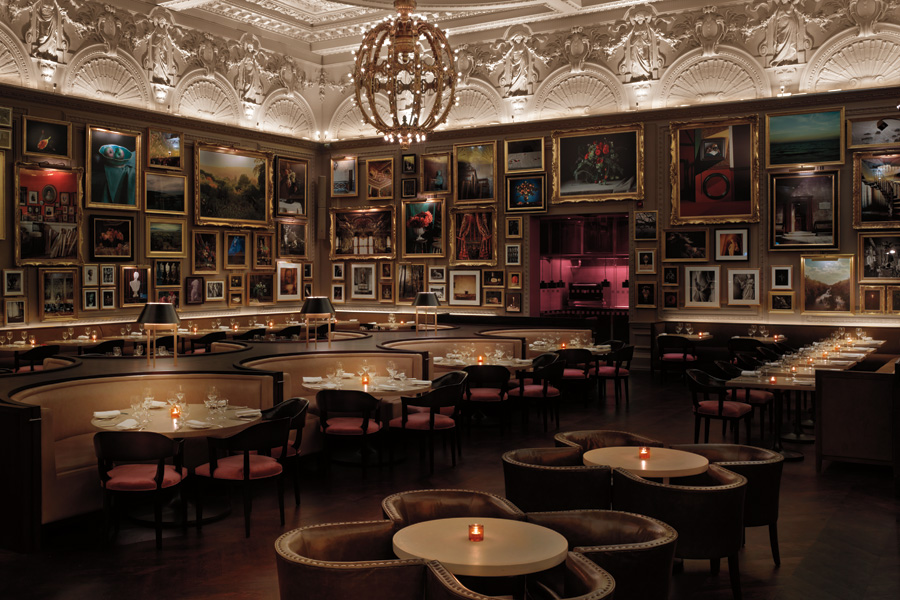 10 Berners St., Fitzrovia; +44-20-7781-0000
Specs: The impressive Fitzrovia spot is a collaboration between Marriot and perennially hip hotelier, Ian Schrager. (Read Fathom's interview with Ian.) I went in a hater (I'm ashamed to admit it), but this space — with its soaring and meticulously restored ceilings, walnut-clad rooms, and staff from Claridge's and The Sanderson — is firing on all cylinders. Bonus: Le Labo amenities abound.

Pluses: The "lifestyle hotel" is a great respite, especially for business travelers who need connectivity and proximity to central London. The rooms may have a spare aesthetic, but the public spaces (by hot designers Yabu Pushelberg) are swaddled in warm velvet and soft leather, complete with a roaring fire and billiards table. Another big plus is the location: The Edition is a mash-up of five Georgian townhouses in a tree-lined area.

Minuses: Although it's been primped and boutique'd, there's something — be it ever so slight — that is hard to shake off about the mass Marriott brand, especially for indie-all-the-way travelers. It is also a tad slick, but if nightclubs and dark, atmospheric bars are your thing, then you have truly arrived.

Unique Selling Point: Food and beverage. There are multiple bars including the expansive, humming Lobby Bar, as well as Punch Room, a fun, reservations-only grotto that serves drinks from cauldrons. This is not your grandfather's fumoir. Stunning, art-filled restaurant Berners Tavern is the creation of Michelin-starred Jason Atherton and features best-of-British basics like prawns and dressed crab and a proper Sunday roast lunch. 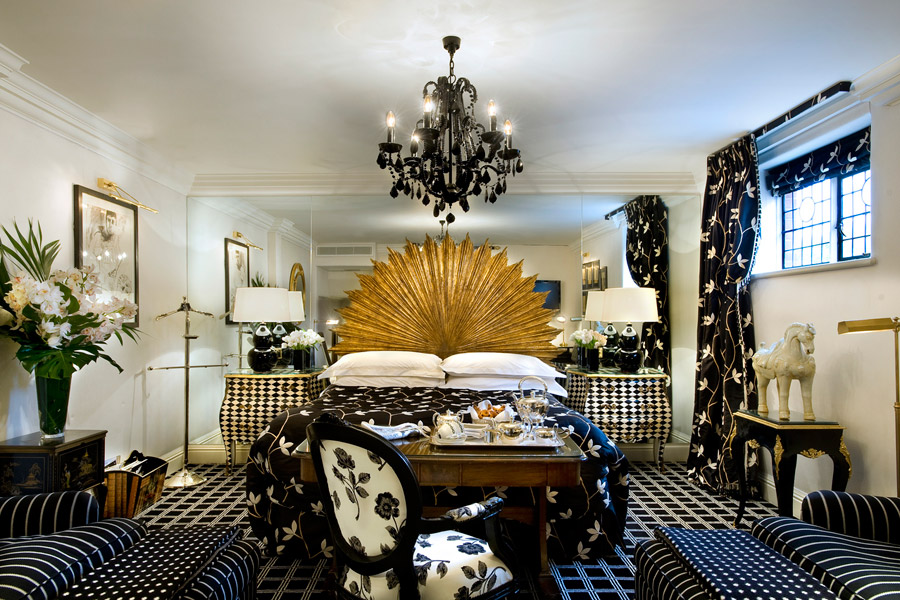 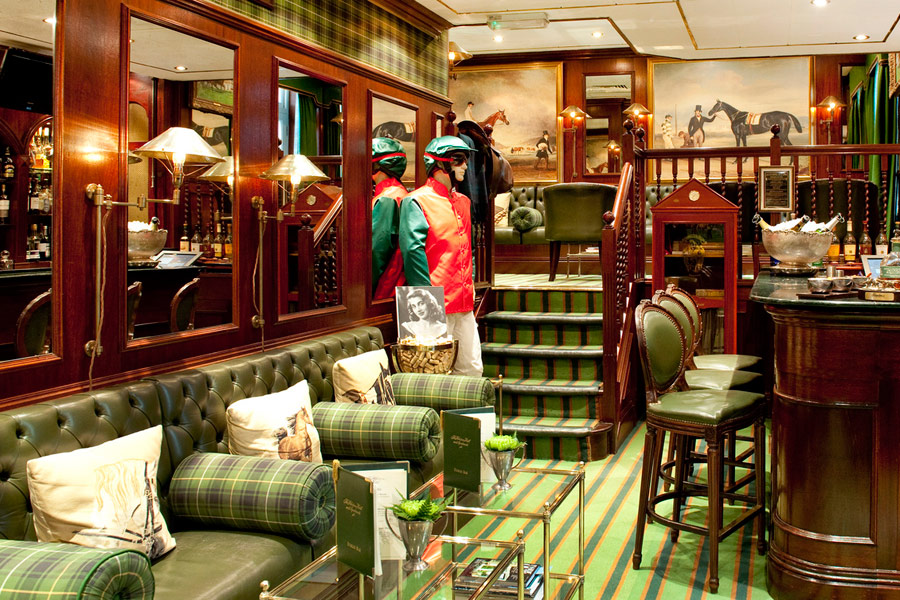 A junior suite and Stables Bar. Photos: Courtesy of The Milestone Hotel

1 Kensington Court, Kensington; +44-20-7917-1000
Specs: Location, location, location! This Kensington bolthole wins for its proximity to Kensington Gardens (many rooms overlook the park and into the Royal Apartments), the Ken High Street tube station, and Whole Foods down the street (where you'll stock the mini bar).

Pluses: The regal, 19th-century Milestone — with its red brick façade and traditional flower boxes — feels almost like a home stay. You'll be warmly greeted by name upon every return, sometimes with a glass of Champagne. It's quintessential Olde England, with plenty of chintz, dark red and green fabrics, and sporting art on the walls. But the bathrooms are modern, the rooms are stocked with international fashion and design magazines, and multiple ports and sockets make working a breeze.

The food is surprisingly good. Cozy Stables Bar (which looks like something straight out of a Ralph Lauren ad) serves excellent club sandwiches at all hours. The more formal Cheneston's is a magnet for the Sunday lunch crowd. And if you don’t fancy traditional Brit fare, the best Lebanese food (Randa) and culinary mecca Clarke's are just around the corner.

Minuses: Rooms are pricey for the square footage, and you won't find a minimalist aesthetic but an exuberant one. Just revel in what English hotels do best — provide excellent, unfailingly polite service, as well as crisp bed linens and warm bath towels. The most nitpicky minus ever: they need new rubbish bins in the bathrooms. The current models are the size of thimbles and overflow frequently. If that's the worst complaint, then this member of the Red Carnation Hotel chain is doing something right.

USP: The small resistance pool in the gym spa is rare for a hotel in this area, and provides a refreshing escape on hot summer days, particularly for kids. No request is too strange: If something needs to be messengered, they'll send their own person for no more than the cost of the taxi ride. Another bonus are the six two-bedroom apartments with kitchenettes for families or extended stays. Apartment 6 (The Rooftop) has an outdoor terrace and a washer/dryer.