You've seen the French Quarter, you've eaten too many beignets. Think you've done New Orleans? Not until you stroll Magazine Street. Here are the best stops along the way.

NEW ORLEANS – My first visit to New Orleans was spent exploring the French Quarter, the Garden District, and a little bit of the Bywater. By the end of day five, I had tried the cool restaurants — the touristy ones, too — ate beignets, sipped a disgustingly sweet hurricane cocktail, listened to jazz, and visited a few museums. I was overstuffed and pretty sure that I'd successfully seen everything there was to see. Then I found out I would be spending a lot more time in the city, based in the Warehouse District, a neighborhood I had somehow overlooked, and the starting point of what has become one of my favorite streets, the long and varied Magazine Street.

There may be no better way to get a feel for New Orleans than to spend a day walking the six-mile length of Magazine Street. If it's too hot for a five-hour walk under the baking Louisiana sun, which will probably be the case, then drop in to the sections that look most interesting. But don't skip it: Magazine is a charming, small-town, Americana Main Street that follows the curve of the Mississippi, on a route a few blocks north of the river. From its northernmost point in Audubon Park down to the busy streets of the Central Business District (known simply as "the CBD"), you'll get a glimpse of the many neighborhoods in between, each more varied than the next.

Pied Nu
5521 Magazine St.; +1-504-899-4118
John Derian plates and Savon de Marseilles soap bottles line the shelves of the clothing and home shop that reminds me of the vibe at Calypso St. Barth. 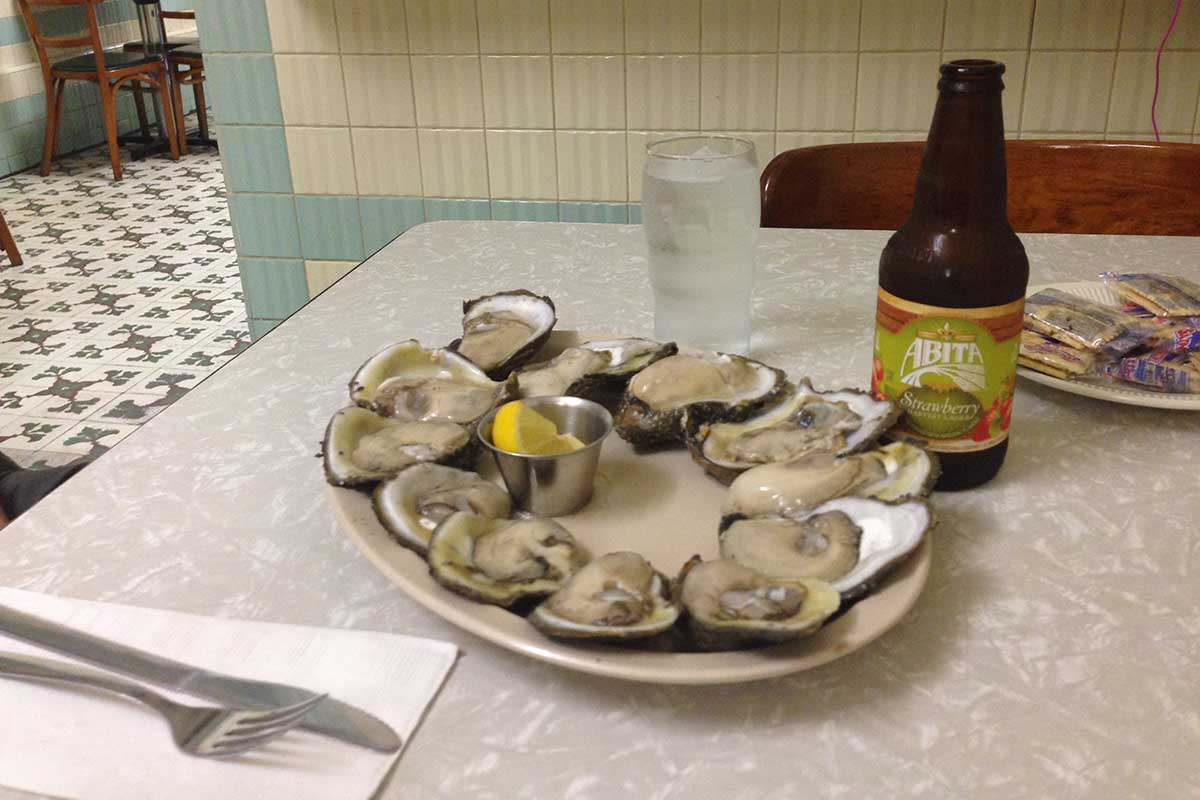 Casamento's Restaurant
4330 Magazine St.; +1-504-895-9761
Wall-to-wall tile covers the interior of this old-school oyster spot dating back to 1919. Try the famous oyster loaf loaded with giant fried oysters. Check the calendar: They're closed from June to August. 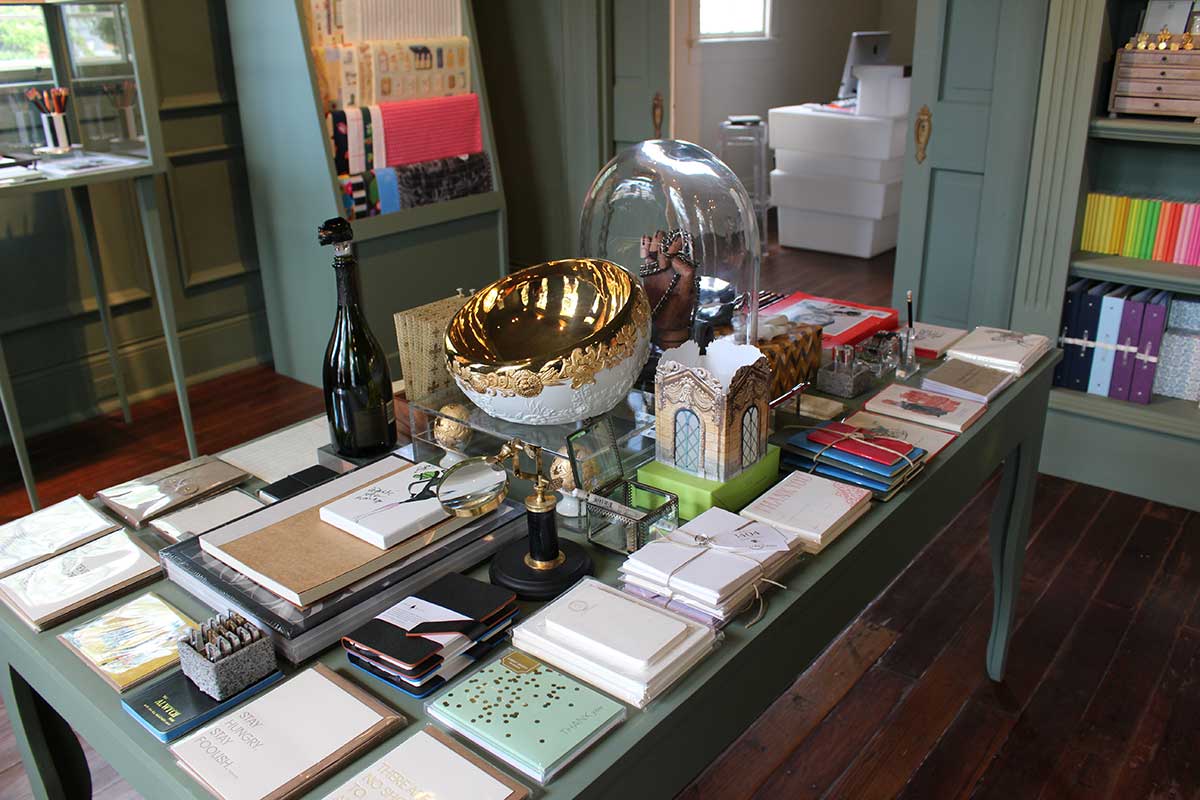 The goods at Box Paper Scissor. 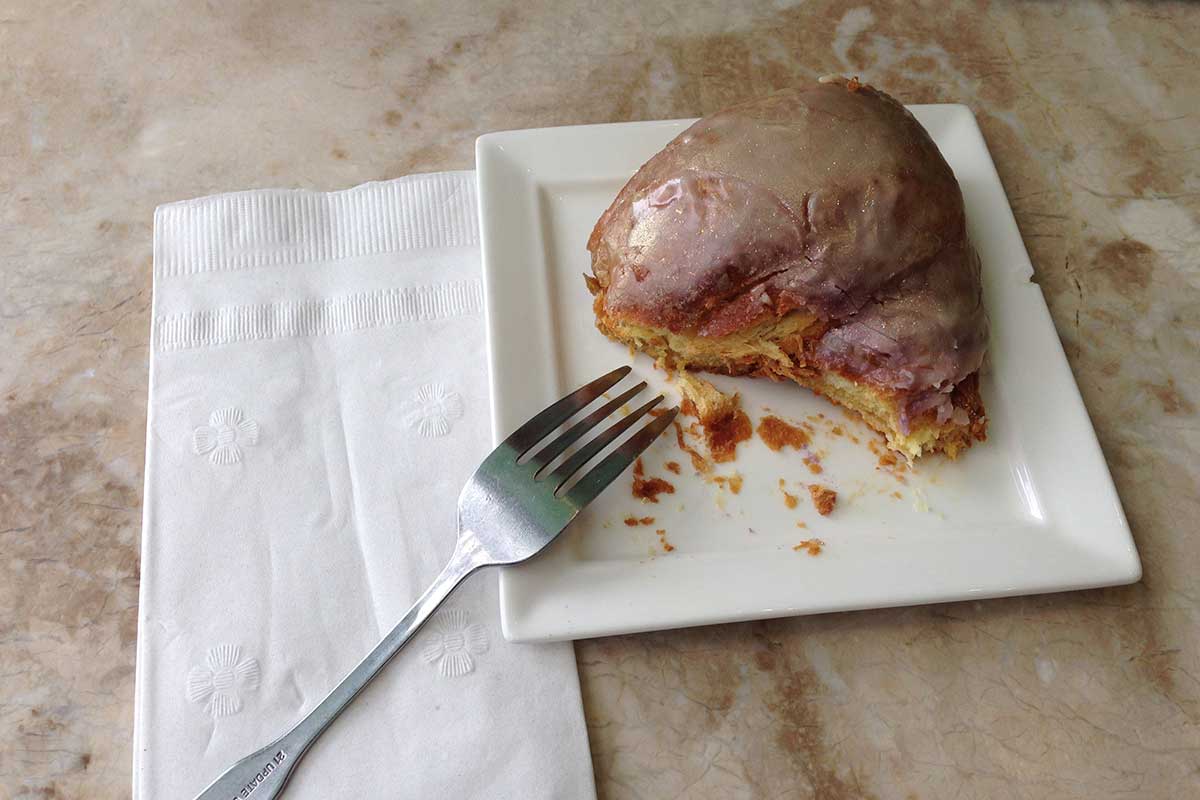 A slice of Sucre's king cake, the best in town.

Dat Dog
3336 Magazine St.; +1-504-324-2226
Talk about a claim to fame: Skip Murray is the man who introduced hot dogs to the softball circuit in the United Kingdom. After Hurricane Katrina, he came home to set up a gourmet sausage stand. What's good? Everything.

Sucre
3025 Magazine St.; +1-504-520-8311
The place to go for a sparkly slice of king cake and delicious chocolate bars flavored with exotic ingredients like Sicilian pistachios and rose petals. 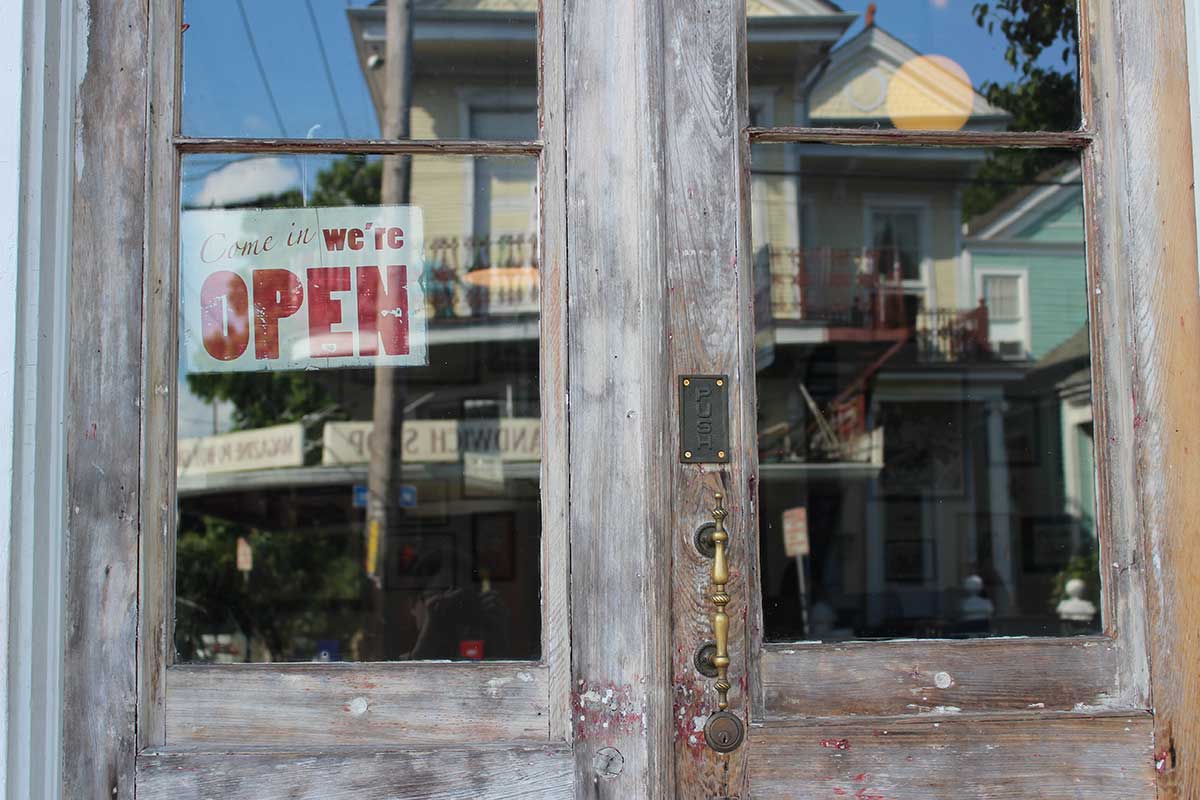 Defend New Orleans
1101 First St.; +1-504-941-7010
Skip the touristy tee shops in the Quarter and pick up a locally-designed shirt instead. Proceeds from sales are donated to post-Katrina recovery efforts. 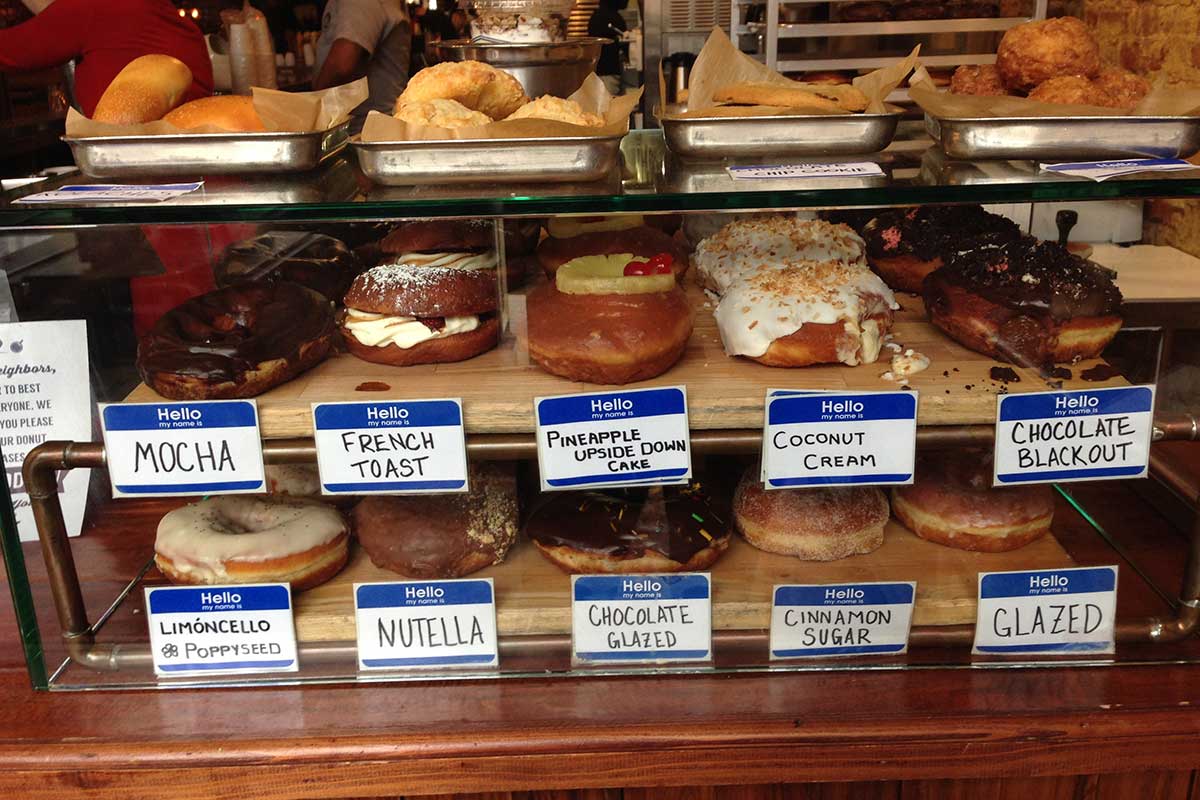 Stein's Market and Deli
2207 Magazine St.; +1-504-527-0771
When you've had your fill of po-boys, peruse the 40+ sandwich menu at the traditional Jewish deli run by a recovering attorney from Philadelphia.

HiVolt
1829 Sophie Wright Place; +1-504-324-8818
Step a few feet off Magazine for a frothy chai tea latte, vegan muffins, and plenty of seating to spread out with a newspaper or computer.

Square Root
1800 Magazine St.; 1-504-309-7800
One of the city's newest and most buzzed-about restaurants only has 16 seats and serves a lengthy molecular gastronomy tasting menu. If you're not in the market for a big meal, head upstairs to the cocktail lounge for drinks and small plates.

See all the locations mentioned in this store. (Google Maps)