Vanessa Bell knows about the cooles stuff in Buenos Aires. The London transplant, freelance writer, trend hunter, and bespoke tour guide recently added restaurateur to her resume, creating a series of Nordic-inspired pop-up dinners called Bread + Butter Supper Club. She debriefed us on the city she has called home for the last seven years.

What's new and great in BA?

I'm more than a little biased, but I have to say Bread + Butter Supper Club, a series of weekly and one-off conceptual pop-up meals in unexpected and closed-door locations around the city that I run with my Argentine boyfriend Isidoro. He's the chef and has worked in some of the best Michelin-starred restaurants around the world. We are offering something new in Buenos Aires: fine dining with Nordic-inspired, eight-to-nine course tasting menus in a relaxed and unpretentious context. We want people to feel at home. We challenge our guests to come with an open mind, knowing next to nothing about the location, the food they will be eating, or the people they will be seated next to. Each dinner is intimate with no more than 20 people. The menu is quite esoteric. It's a treat to see people's reactions to the experimental dishes and the surprising mix of flavors, which are greatly inspired by Nordic techniques such as curing and fermenting.

What about a favorite old classic?

Hans Bar y Cervecería (Viamonte 1587, Centro; +54-11-4813-1779) is an old-style Buenos Aires bar with patrons who look like they're from a bygone era. I go with my boyfriend: This is where we had our first date. Hans is the kind of spot you go to for a beer and picada, a typical aperitif like Gancia batido or Cynar and soda, or a glass of chilled house wine (vino de la casa) with ice cubes and a blast of soda (which comes in old-fashioned soda syphons). Trust me on the last one and put your prejudices aside: Argentine table wine served in this fashion on a hot summer day is sublime. 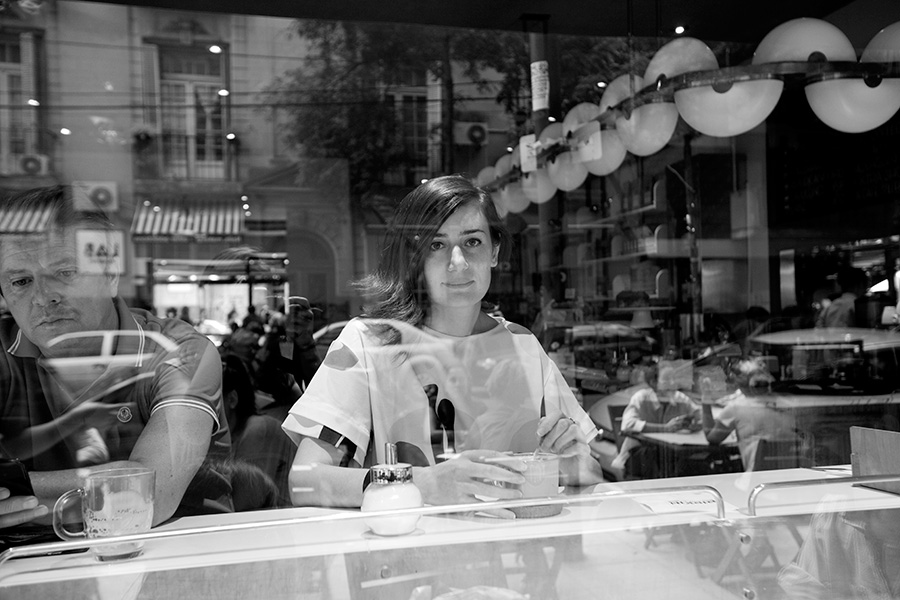 Vanessa in one of her local cafes. Photo by Paula Salischiker. 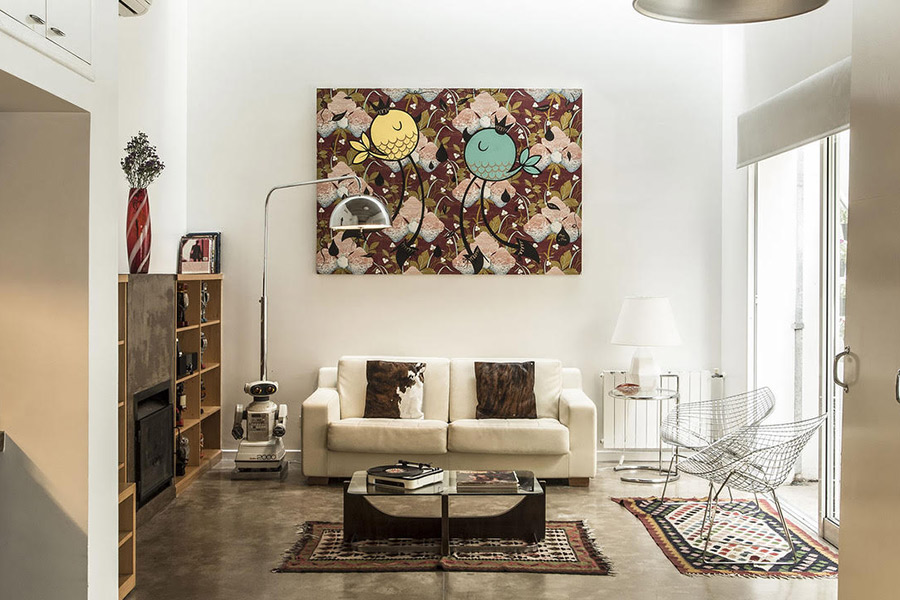 The loft at Home hotel. Photo courtesy of Home.

San Marino (Sarmiento 4200, Almagro; +54-11-4865-7273) is my weekend haunt when my boyfriend and I want to visit the flower market to buy arrangements for our supper club. The medialunas (a sweet Argentine take on a croissant) are a sublime combination of butter and syrup, and the coffee is served old-school style — with the coffee and steamed milk poured from metal jugs. The tostado (a toasted sandwich of ham and cheese) is delicious, and the wait staff are adorable and proud of what they do.

El Litoral (Moreno 2201, Balvanera) is a spit-and-sawdust, no-frills kind of affair. The traditional neighborhood parrilla, which all the locals frequent, is amazing for its crowd. Best things to order include milanesa con mostaza savora (breaded veal with spicy mustard), fritas con provenzal (fries with parsley and garlic), and vací (an apocalyptic steak sandwich — make sure you're starving to stomach this).

What about a restaurant for a splurge?

Because I visit so many high-end restaurants for work and the bar has been set high in terms of quality, there are few places I would spend a lot of money in my free time. Having said that, a special night out would involve going to the classic bistro Los Pinos (Azcuenaga 1500, Barrio Norte; +54-11-4822-8704) in a smart part of town that preserves tradition and is quintessentially Porteño. I would order lomo a la pimienta (sirloin steak in peppercorn sauce) with papas a la crema (potatoes in double cream), followed by flan mixto (crème caramel with homemade cream and dulce de leche) along with a house red. It's a place where we won't bump into anyone we know. I also love Caseros (Avenida Caseros 486, San Telmo; +54-11-4307-4729) on one of the prettiest blocks in San Telmo. You'd be forgiven for thinking you were in Paris, with its cobblestoned street and al fresco dining at eateries and bistros along the same stretch of road.

Los Galgos has a buzzy vibe, an arty crowd, and great jazz. The pato cocktail from the 1940s was invented by a beloved Argentine barman who won an international competition for it. The pretty pale pink drink packs a punch, so I recommend drinking it slowly while sitting at the bar, making the most of the atmosphere.

Do you have a favorite local designer?

Dubié is one of BA's most talented independent designers, whose signature style is all about deconstructed lines interpreted through a meticulous eye for detail, construction, and fabrics.

Tell us about your neighborhood.

I live on Plaza Congreso. When I step out of my apartment onto the plaza, I'm blown away by the Senate building and other grand structures around me. I love where I live and I wouldn't change it. Congreso, a part of Balvanera, has insane architecture, local Porteño spirit, and very few tourists. 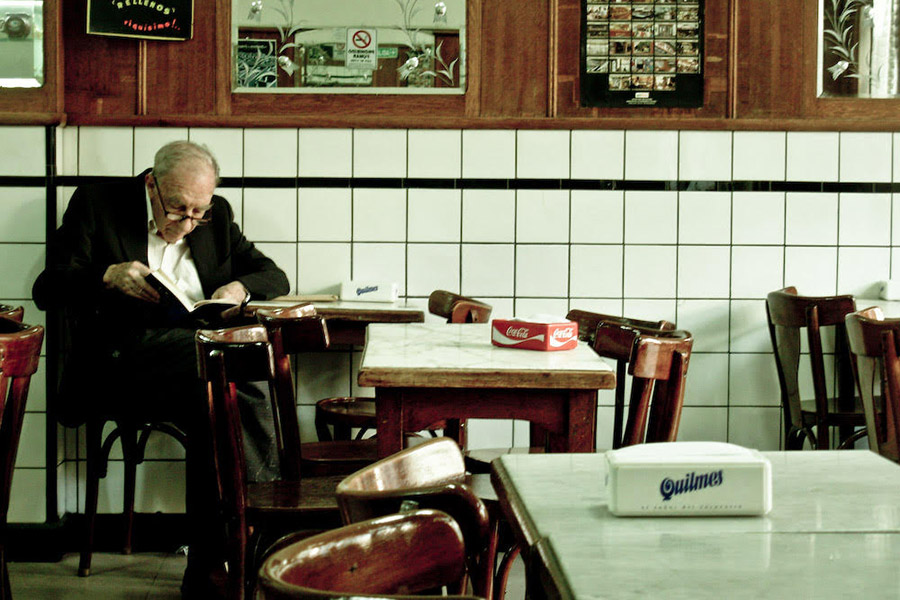 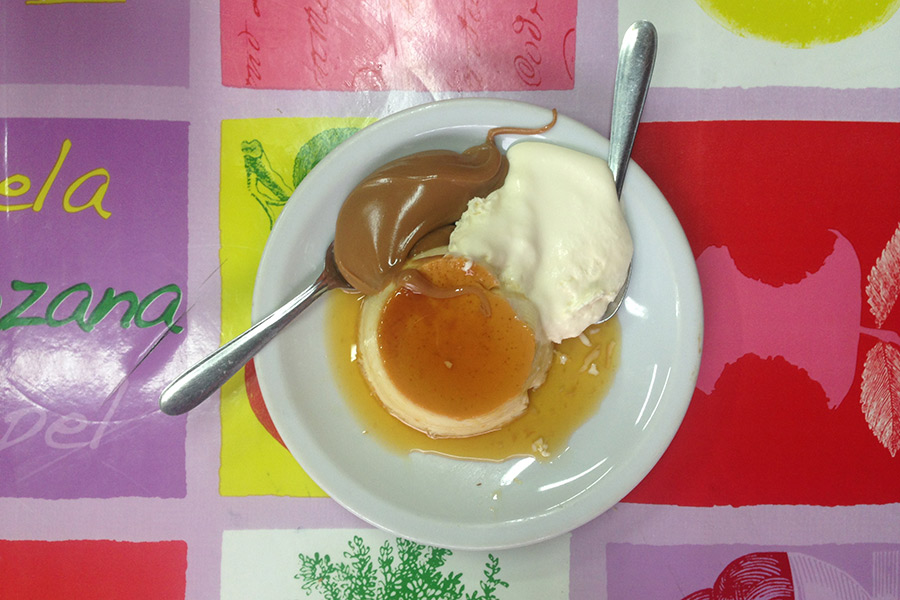 A plate of flan mixto at El Litoral. Photo by Vanessa Bell.

Take us on your favorite stroll around town.

I love my Sunday walk from my house to Caballito, a lovely residential neighborhood with a great open-air flea market on Saturdays and Sundays, where I can source everything from quirky bric-a-brac to vintage homewares for my apartment.

Which hotels do you recommend to visiting friends?

Where do you go for inspiration?

I like to explore different neighborhoods and take photos of local architecture. I recently discovered the residential neighborhood Montecastro and love its decadent '70s aesthetic. My other great loves are Belgrano and Belgrano R for the green leafy streets and palatial private residences where I dream of living one day.

Where do you go to escape?

Any sleepy town in the plains of the pampas. You don't have to drive too far out of Buenos Aires before the landscape becomes wide open, verdant, and unpopulated. I make regular weekend escapes to La Plata, a university city an hour outside Buenos Aires to unwind with my boyfriend, who is originally from there.

Rondinella (Alvarez Tomas 12, Palermo) is as porteño as it gets. The amazing cantina is totally stuck in the '90s and has a vast room where you can't help but look at what your neighbor is wearing, has ordered, and is eating.

The Argentine film Nueve Reinas (Nine Queens) is about double bluffing, which expertly sums up the wheeling and dealing that goes on behind the scenes in Buenos Aires. 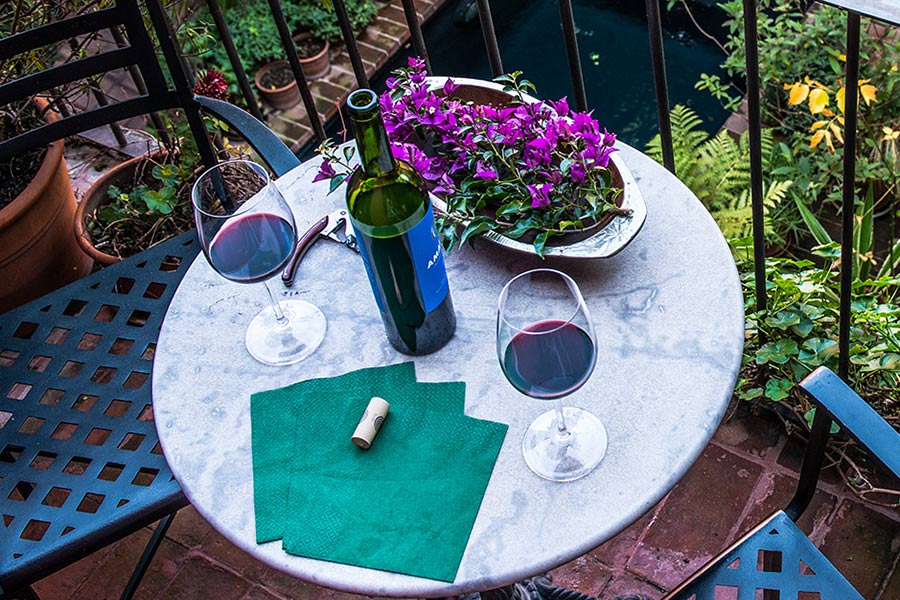 The scene at Jardín Escondito. Photo courtesy of The Family Coppola. 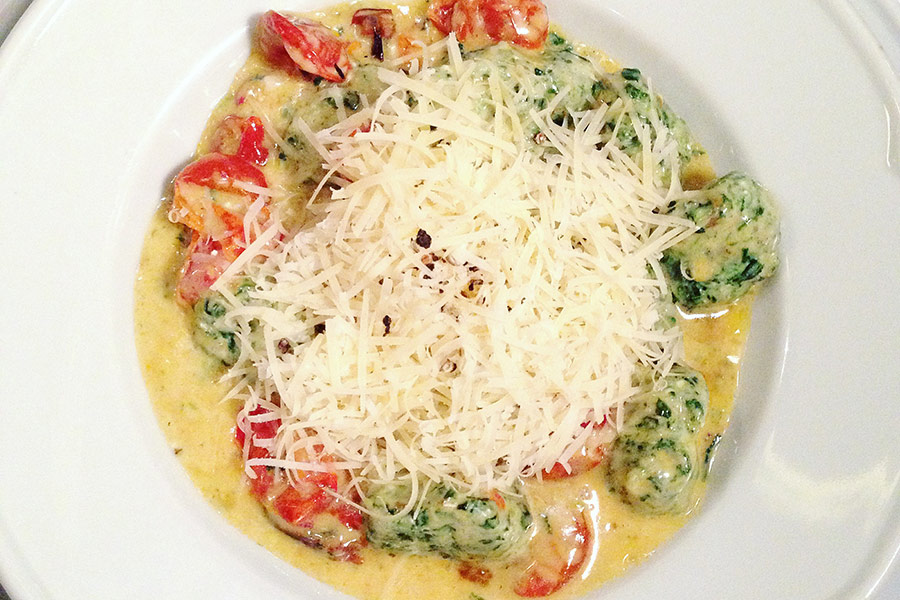 The homemade gnocchi at Caseros. Photo by Vanessa Bell.

What's the most underrated thing in BA?

The old-fashioned cafes and restaurants that are stuck in the past, along with their patrons. Specifically, La Giralda (Ave. Corrientes 1453, San Nicolás; +54-11-4371-3846) for the famous chocolate con churros and the retro lobbies and murals.

And the most overrated?

Cerveza artesanal (craft beer). I love beer, but there is a saturation of hipster beer joints in Buenos Aires, and it's starting to feel a bit unimaginative.

Do you have a favorite local icon?

On the corner of Reconquista and Bartolome Mitre streets is Clorindo Testa's extraordinary Bank of London, a fantastical brutalist masterpiece that operates as Banco Hipotecario's central branch. The general public can visit during banking hours.

No trip to BA is complete without ...