New Orleans has a new stop on the Mardi Gras parade route this year: The Hotel Modern. We checked in with owner Klaus Ortleib after a recent business trip to see how the opening is going.

Just back from: New Orleans

How often do you go? Often. I'm there at least two or three times a month.

Why did you go? I just opened a hotel there called The Hotel Modern New Orleans. It's been fun getting to know the city. When I am not taking care of hotel-related things I like to experience the atmosphere of the city, especially Magazine Street.

How long were you there? Four days. Each visit varies and depends on what needs to be done at the hotel. I like to have my finger on the pulse.

What was the best tip you got before you left? A friend told me I should have lunch or dinner at La Petit Grocery and Lilette.

What's the #1 tip you'd give a friend who wanted to go? I would suggest visiting the art galleries and museums to appreciate the rich culture of the city.

Were you there for the right amount of time? Yes, I think it was one of the most pleasant and balanced trips I've taken down to New Orleans.

This was especially great: We're finally starting to see the finish line in terms of the renovation of the hotel. I also got to explore the antique shops, cafes, and restaurants on Magazine. 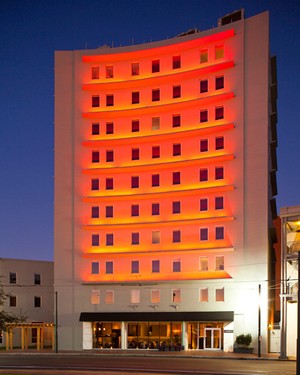 Speed round of favorites.
1. Meal or meals: Tamarind in The Hotel Modern New Orleans, Herbsaint on St. Charles, La Petit Grocery, and Lillette.

2. Neighborhood to explore: The Warehouse Arts District, home of my new hotel.

3. Site/place/thing you did: I went to the Ogden Museum, the Contemporary Arts Center, and galleries such as Martine Chaisson. I explored the old southern architecture and, of course, had a few drinks at Bellocq (the hotels' French boudoir-inspired cocktail bar).

What's the local speciality? Mardi Gras is top of mind. We're right on the parade route, and we have viewing stands in front with waiter service, so those enjoying the parade can order food and drink from our French-Vietnamese restaurant, Tamarind by Dominique, and the cocktail lounge, Bellocq. We're also doing street stands with mobile foods like to-go Sazeracs and bánh-mi sandwiches.

One thing/place you didn't get to visit, but wanted to: I love visiting Cure, but this time I wasn't able to make it. I also missed out on Frenchman Street.

Any surprises? Yes, I was at Starbucks picking up my usual iced green tea. Three delightful ladies all of a sudden came up to me and asked, "Is that you, Klaus?" I had no idea who they were. They explained that they read about me and that they love the hotel and the renovations. They congratulated me on bringing something new to New Orleans.

You can't stop thinking about: The hotel and how to continue its success. And how we can help make this amazing city even better. 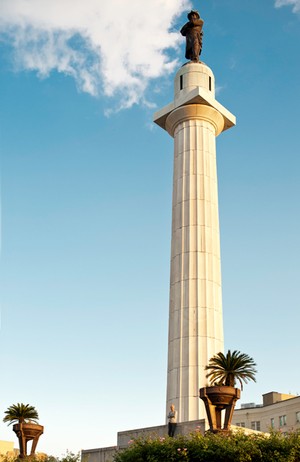