So, what brought you to Copenhangen? I've always wanted to visit a Scandinavian country. I was excited when the opportunity arose!

Was it your first time? Yes.

What was the best tip you got before you left? Bring warm clothes. And remember that Denmark has its own currency, the krone, with an exchange rate that's similar to the euro. 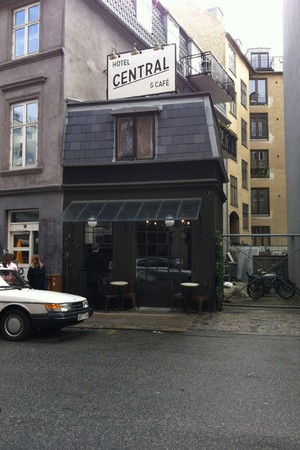 What's the #1 tip you'd give a friend who wanted to go? Pick a few things you want to do and then give yourself a day or two to wander. Copenhagen is one of those visually pleasing cities where you can walk around for hours looking at stylish locals and contrasting new and old architecture. You never know what you'll come across — I walked past the world's smallest hotel.

How did you get there? Scandinavian Airlines flies direct from Newark to Kastrup. It's a 15-minute train ride from the airport to Copenhagen's Central Station.

Where did you stay? Andersen Hotel, a small design property recently opened in Vesterbro. I couldn't have asked for a better location. It's walking distance to Tivoli Gardens, the train station, and Meatpacking District. The rooms are cozy and done up in brightly colored Designers Guild textiles. They have free breakfast and wifi, and bikes for guests to borrow. Concept24 is especially cool — once you check in the room is yours for a full 24 hours, so your stay can be planned around your travel schedule. 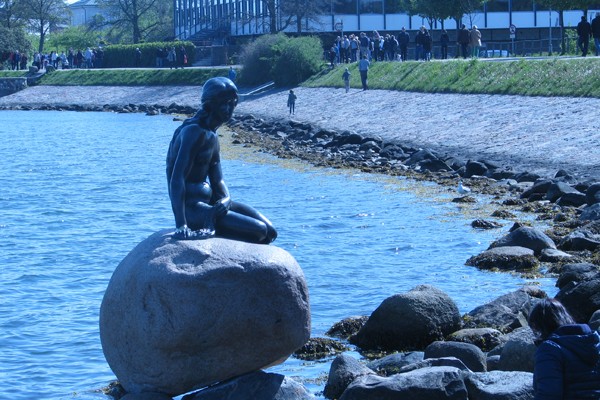 A statue based on Hans Christian Andersen's fairy tale The Little Mermaid.

This was especially great: Touring the canals by boat. It's an easy and enjoyable way to see major sites like Amalienborg Palace, the Little Mermaid statue, Royal Library, the Copenhagen Opera House, and Dannebrog, the royal yacht.

But this wasn't: The food. I know. I'm the only person in the world who doesn't think it's amazing. Denmark is known for its New Nordic cuisine. It's home to Noma, the best restaurant in the world. I appreciate the emphasis they put on locally sourced and seasonal ingredients, but the flavors are not for me.

Speed round of favorites.
1. Meal or meals: The dessert at Bo Bech's Geist. We had enough people at the table to sample most of the options. My favorite was the signature Air in Air in Air tiramisu, which is as light and fluffy as the name suggests, not to mention completely delicious. I also enjoyed the Porous Bread Crust with chocolate, which had a pudding-like texture with a crispy layer on top. They capped off the evening with a giant pile of cotton candy, which had bits of lime laced throughout.

2. Street to explore: Jægersborggade, a street in the Noerrebro area that is lined with some of the city's best restaurants, cafes (Manfreds & Vin, Restaurant Relæ, Meyers Bakery, and The Coffee Collective), and indie shops. 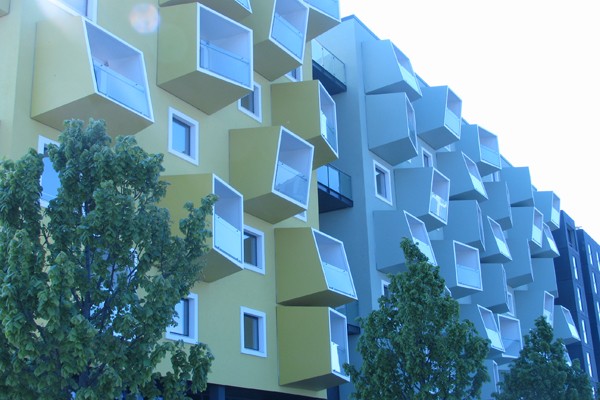 One of Ørestad's architectual gems.

3. Site/place/thing you did: An amazing architecture tour in Ørestad. The design is heavily focused on sustainability. It was fascinating to see buildings by architects like 3xn, Bjarke Ingels, and Julien De Smedt in such a condensed area. 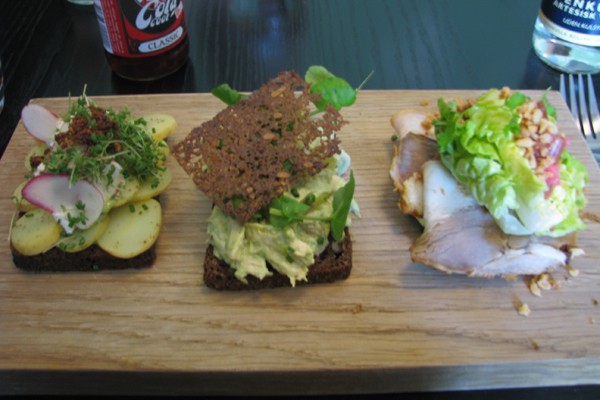 Were you there for the right amount of time? Yes. It was enough to get a feel for the city. There were a few things I wanted to do that I wasn't able to, but I know I'll be back.

One place you didn't get to visit, but want to: Louisiana Museum of Modern Art. It's located 30 minutes outside the city in Humlebaek and considered one of the most beautiful museums in the world. 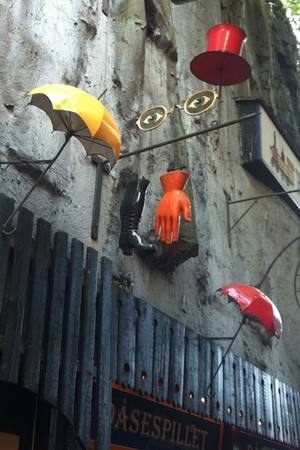 Let's talk about stuff.
1. Wish you packed: An umbrella. I thought about it, but unwisely decided against it.

Would you go back? I'd love to. It's an interesting city with many layers. What with the architecture, art, shopping, and food, I could easily spend another week or two exploring.

Any surprises? Tivoli Gardens. It's the second oldest amusement park in the world and served as inspiration for Disneyland. It's easy to feel like you've jumped back in time with the Chinese style Pantomime theatre and Victorian signage. The Danish get incredibly sentimental when you mention the park — which is really endearing. One employee of Tivoli Gardens told us that her grandparents had their first date there, back when it was considered to be on the outskirts of the city.

What was your Kodak moment? This sounds creepy, but walking through Assistens Kirkegård, a cemetery where notable residents like Hans Christian Andersen and Søren Kierkegaard are buried. I was stunned by the green foliage and colorful flowers — it's a beautiful space. Locals use it as a park so it's not uncommon to see children running around and families having picnics. 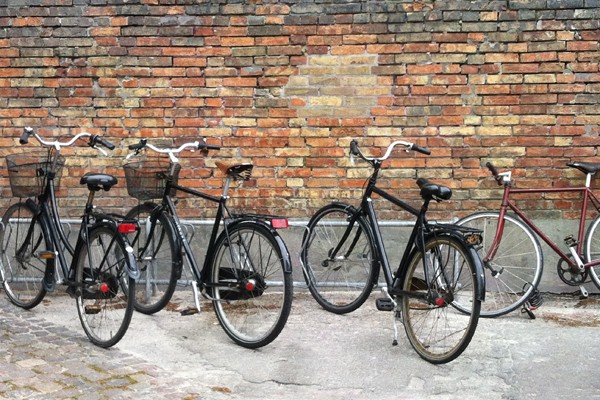 You can't stop thinking about: Danish bikes. They're so stylish and I love the traditional wicker baskets — especially the ones that have aged and taken on a gray hue. I am on the lookout for one of my own.

In Search of Murder

Most Romantic Hotels in Northern Europe