Heather Catania got back from Coachella in time to launch her new style site The Brillionaire. We caught up with her for a recap of her wild weekend.

Just back from: Palm Springs and Indio, California.

Was It Your First Time? I have been five times and counting. I either come to spend a chill, holistic week meditating and juice fasting at We Care or partying it up for 72 hours at Coachella. Everything in my life is literally that black and white.

How long were you there? Three days.

Why did you go? I was invited down to Coachella this year by a publicist friend and my favorite peeps at NYLON Magazine. NYLON and Hugo Boss had a big pool party, which consisted of an awesome desert house in Thermal, California, overrun by the most stylish Coachella-goers, naturally. Coachella is the best for people watching. It's a blogger's dream!

Who were you there with? I went with my boyfriend, actor Chris Galya, and our publicist/friend, Angela Mach. We stayed with the lovely Tiffany Hines, our friend who is an actress and the most amazing host! We spent the majority of our time with great friends, like Jared Eng (from Just Jared), who watched the sun come up with us at the Neon Carvinal, and hair styslist Andy Lecompete, who spilled that he'll be going on tour with Madonna for the next nine months. Tickets, anyone?! 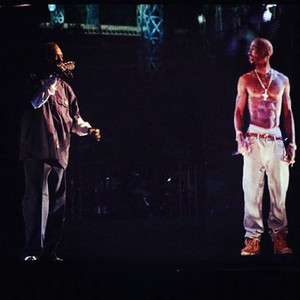 What was the best tip you got before you left? That a hologram of Tupac would be rapping live on stage with Dr. Dre and Snoop Dog closing Coachella. Low and behold, it happened.

What's the #1 tip you'd give a friend who wanted to go? Steer clear of F.O.M.O. (better known as the Fear of Missing Out syndrome). Everyone at Coachella experiences a wild case of F.O.M.O. There is way to much to do, so I warn people about Event A.D.D. — when you're hopping around too much between festival and parties, you will either spend the entire weekend in the car or getting pissed that you missed out on something. Choose your battles: Pick an event and stay there. Curb your iPhone, Twitter, and Instagram, which will be blowing up with info about "so-and-so" and "everyone you know" being somewhere other than where you are. (Fine print: That "other place" is a 20 minute drive away. At least.) Just live in the moment. Love the people you're with.....and convince everyone else to come to you!

What did you do? What didn't I do is a more fitting question. Attending Coachella is part of my job of being a fashion producer and style blogger. I go to have a blast while hanging with fashion and entertainment industry friends, attending events. It's a 24/7, jam-packed, pop-culture, product-sponsored mind bender. Taking in all of the style and scene is a full-time itinerary in itself.

Were you there for the right amount of time? To some, three days is the perfect amount of time for a getaway. I'll say it was short and sweet, but in my opinion it's just not long enough!

This was especially great: Rihanna's surprise cameo, copious amounts of fringe, and the tequila-spiked popcicles at the Lacoste Live Pool Party. That story ends now.

But this wasn't: Being denied a Port-A-Potty so Afrojack could relieve himself ahead of me. 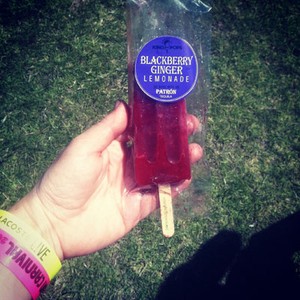 Speed Round of Favorites:
1. Meal: King's Highway Roadside Diner at Ace Hotel. The sticky date pudding is to die for. But the best part about King's Highway can't be found on the menu. The hostess, Linda, is an eccentric grandma who is a cross between Blanche from Golden Girls and Anne Bancroft from Great Expectations. She is a diamond. Halfway through dinner, she breaks out into full song and dance. It's incredible. Standing ovations at dinner are always an A+.

3. What did you bring back? A Prius in desperate need of a car wash; an Armani Exchange ColoPop Watch; a (gorgeously even) golden, desert tan; and a clear mind.

If you go back, what will you do differently? I will tack two days onto my trip. I'd arrive one day early for some intense relax time, run away to Desert Hot Springs for a serious spa day, then dinner with my boyfriend by a fire. By then, I'll be ramped up for the fesitivites, go hard, and leave a day late for sanity's sake.

Any surprises? I'll always say the fashion. The surprises come packaged with the style. It's Coachella Dressing. So many websites and fashion blogs are all over Coachella-style nowadays. The festival has really put itself on the map as being known for its specific boho attire. Every year I am perpetually surprised by how many accessories one can rock in one serving. Is everyone shaking out their jewelry boxes and attaching a U-Haul onto their cars just to tote their outfit garnishings to the desert? Some people look great. Others look a little like Rachel Zoe on steroids. I call it Hippie Halloween. But whatever, it works! 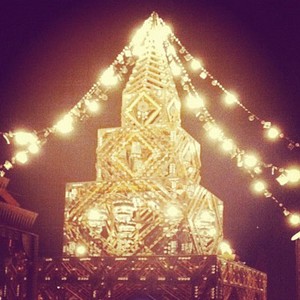 You can't stop thinking about: The energy. Everyone at Coachella is perpetually smiling. Life's B.S. baggage has a No Entry sign during Coachella weekend. There is just something about thousands of people pilgraming from all over the world to the desert to dance, listen to music, see famous people rock headbands, and celebrate life that just gets me in the jugular. The desert is known for its incredible healing elements, and I like to believe we are all changed people when we leave. I may be projecting a profound truth onto a 72-hour party, but I stand behind it 100 percent. Is it next year yet?

- Coachella Mixtape for the Road
- What to do in Palm Springs