It's been too long since we've heard happy news from Cairo. But violence and political upheaval are only part of the story, and we've written before encouraging people to continue to visit Egypt. We got a lot of heated responses: Clearly, this is not a one-sided debate. But recent developments are encouraging: France, Germany, Sweden, and Belgium, among others, have partially lifted their travel bans to Egypt, though the United States and the United Kingdom have not. The Egyptian government is doing its part to change its image: The Egyptian Tourism Authority recently hired Rooster PR to promote tourism from the UK and Ireland.

So what's happening on the ground in Cairo? We've been corresponding with Backpacker Concierge travel consultant Eric Monkaba for two years about how best to portray his adopted home in a turbulent time. He had a conversation with travel writer Jessica Lee, who he met on the road when they worked for rival tour operators in Egypt and Jordan, about why the unrest in Egypt shouldn't discourage adventurous travelers from making Cairo their next destination.

Jess: This is a question you must get all the time, but how did you end up in Egypt?

Eric: I don't know if you've heard of Boys' Life magazine, but, when I was a kid, I sent them my allowance money and was matched with a pen pal in an "exotic" country. When the letters arrived, my excitement would turn to envy as I held my new friend's A4-sized paper and tried pronouncing his family members' names. Why couldn't I be foreign (aka cool)? I guess I knew from a young age that Michigan wasn't the place for me and that I needed to see what else was out there. New York City was the answer for a few years, but even that got boring (sorry, New York). So I landed a gig leading tours with a British adventure travel company that serviced 70-odd countries around the world. Within a month of the interview, I was shipped off to Cairo on a one-way flight. Sight unseen.

Eighteen months working in the deserts of Egypt, Jordan, and Morocco turned into Arabic studies at the University of Damascus, which turned into NGO work for street children in Yemen's capital. In between, I always found myself coming back to Egypt. When I left the United States in 2005, I told my family I'd be back in a year. That didn't happen. Egypt has this amazing ability to grow on travelers, and in 2007 I made it my home base as I developed Backpacker Concierge. 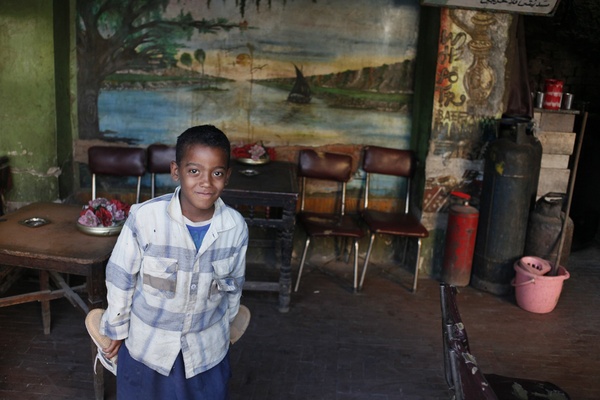 Jess: I totally agree that Egypt grows on you. This is a country that you only start to appreciate when you submit yourself to the chaos. I never thought I'd stay longer than a year, but I ended up here for five. As a travel writer, this is a deliciously addictive country to travel in. I think it's sad that travelers are staying away at the moment. I was last here in October 2012 and I vividly remember the shock of wandering through Luxor's Ramesseum without another tourist in sight.

How are you finding the impact of the tourism downturn has impacted the guides and local service providers you use?

Eric: Sometimes a name like "Backpacker Concierge" pays off. Our intrepid clients are not necessarily young, nor are they backpackers, but they have that mindset — immersion, authenticity, small footprint — and are looking to tackle a location in relative style and comfort. They trust our network of local service providers, starting with our agency in Cairo, to customize the best programs. But when you think about the tourism sector as a whole, the situation is sad.

There are plenty of people on the internet who will give their two cents about how risky Egypt is, how nobody should ever travel here, how religion is dangerous. But it's ultimately up to the individual to wade through sensationalism. To take calls for Egyptian tourism boycotts from Fox News and supposed travel guru Arthur Frommer with a grain of salt. To question bold, exaggerated headlines like "Egypt is engulfed in violence." 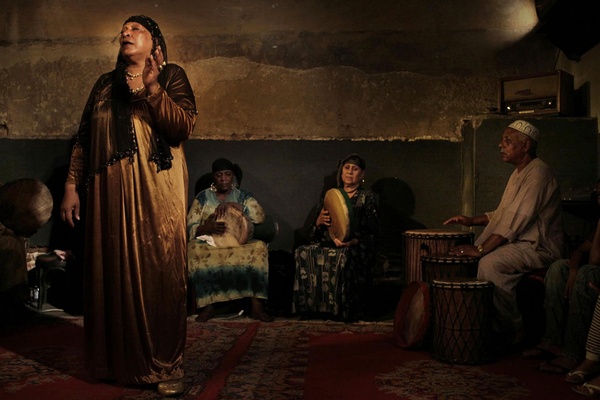 There are real problems in Egypt, but should they stop people from visiting? Not in my eyes, especially as travel advisories are being lifted and if tourists leave religious preconceptions out of the conversation. I don't want to get into a statistics war with anyone reading this, but I would argue that tourists who stay outside of Egypt's protest zones have a much lower risk of being targeted than elsewhere around the world. Thailand, for example, remains the tourist-beloved "Land of Smiles", despite its growing reputation for a place to get drugged or worse.

Everyone should read this article from Afar and consider, "If there were a tear gas-filled protest in Boston, would I cancel my trip to New York?" Egypt is three times the size of Italy. Try to put things in perspective.Tourism increased nearly 23 percent in Turkey despite the May 2013 protests. 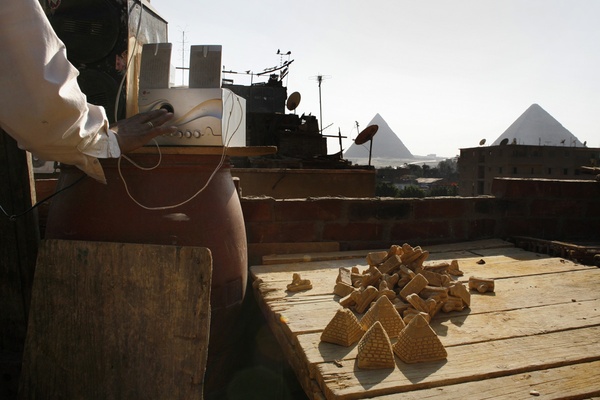 Jess: Exactly. The media doesn't show the bigger picture. Remember the July 2011 protests at Tahrir? On the news they kept up a rolling footage of angry crowds. But I was there most days, and no one bothered to film the cotton candy vendors or the families who'd brought their kids out for the day. I'm not suggesting people shouldn't listen to the media, but travelers have to realize that the media's job is to capture a certain story. They're never going to show the fact that one block away from a protest, the shops are all open and people are quietly smoking shisha at a cafe.

And I definitely agree that it's up to every traveler to make up his or her own mind. For those who aren't happy traveling independently, that's where tour operators with a local presence come into play. The large international conglomerates just don't have the same on-the-ground knowledge. How are you staying ahead of the curve?

Eric: There is simply too much information on the internet for travelers to digest, whether it's political updates or hotel reviews. Meanwhile, we have a growing time-poor segment that is intellectually curious and wants a thoughtful, handcrafted experience organized by someone who gets them. These travelers understand the value in using an expert who is on the ground and can break down internet junk and offer local insight in a Skype call. I have spent nine years traveling from Tangier to Tokyo, developing a Rolodex of trustworthy travel partners. I'm pounding the pavement and personally testing services while planning trips. Expedia isn't doing that.

And niche is really what it's about these days, right? In the case of this region, travelers are turning to it for premium, one-of-a-kind experiences. They are looking to combine meals with activists, NGO founders, and journalists with boutique accommodation and private tomb viewings. 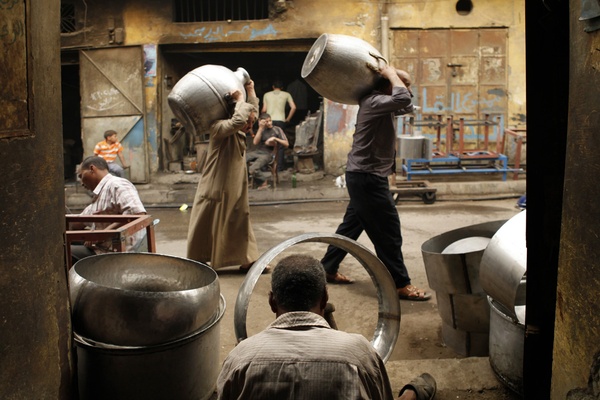 Travelers are food-obsessed right now, and we're certainly experiencing a gastro renaissance in Egypt. I jumped on the bandwagon and co-founded Egypt's first cooking school devoted to regional cuisine, Qasr Twenty. Unfortunately, due to the school's proximity to Midan Tahrir and the difficulty of even accessing the space due to police barricades, we had to close its doors. But you have to move on, right? We still offer food-based trips to Siwa and Sinai through Backpacker Concierge. So many visitors don't realize what a fascinating and diverse culinary heritage Egypt has, and food-based trips are a great way of helping travelers get under the skin of a nation.