Last week, Fathom's Pavia Rosati got an email alert from Indie Guides about their new Rome app. She's going to Rome next week, so she downloaded the app, loved it immediately, and reached out to co-founder Anne Le Gal to have a chat about her project.

Tell me about the Indie Guides apps. How long have you been around, how did you get started?
Indie Guides is a project my partner Gary and I have been thinking about for years. Like most people of our generation, we love traveling. But for years, we felt that the guidebooks we found weren't the guidebooks we wanted. Gary and I are musicians who have a record label and also run a music festival. We're very interested in culture, but we couldn't find the info we wanted in any classic guidebooks. In May last year, we thought, it's probably suicide to do it, but we're almost 30, and if we don't do it now, we will never do it. So we started working on Indie Guides.

Two musicians creating city guide apps?
I'm a journalist who has been working in newspapers and online for 12 years. Gary is a freelance computer engineer. We also run the music label Monsterk7 — mostly folk and electro. 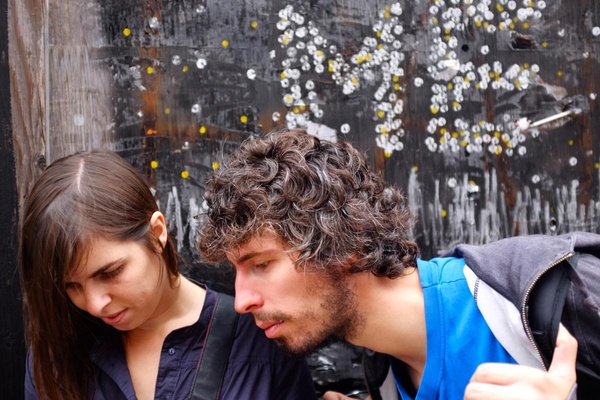 Multitaskers. Very 21st century. So who writes the Indie Guides?
When we want to discover the alternative side of a city, we find locals who know their cities really well. Through our label and our festival we've met so many people around the world, so we started with those people, because they would be the right people who knew the right people. We don't look for people who write guidebooks. We look for people who know the artistic side of the city. We had six guides in our first release. I wrote Paris, Madrid was written by a documentary filmmaker, Berlin was written by a photographer and artist, Athens was done by a couple who are writers, Istanbul was written by a writer who organizes gigs, Rotterdam was written by a contemporary art performer. In March, we released Tokyo, written by an experimental musician, and yesterday we released Rome, written by a translator.

What are your next destinations?
In May, we're releasing London, written by a contemporary artist and curator. In June, Lisbon, written by a musician who has played our festival. After that, Montreal, Brooklyn, St. Petersburg, and San Francisco. We plan to release a new guide each month.

Are there any cities you wouldn’t cover?
I don't think so, though we would like to cover cities that are not usually covered. We released Rotterdam in our first batch because everyone focuses on Amsterdam, but Rotterdam is very dynamic and creative and we were impressed how much creativity we found given the size of the city.

Will Indie Guides ever go beyond the app?
For now, we only want the app. Maybe one day we'll release paper maps, but our first aim is to grow the collection. A lot of the places we cover are fragile and ephemeral, and you can update an app quickly. It's not like we're putting the Eiffel tower in a guide. If you put a squat and a little café in a guide, and the person running the cafe quits, well, you have to change things really often.

The categories in your app are culture, drink, eat, shopping, going out. Why no hotels?
Ours isn't the only guide that you'll have when you travel; it will be an add-on. We don't have expertise in hotels. We're not big fans of hotels. We like to stay with friends or friends of friends.

Changing the subject from apps, can you tell me about your music festival?
A lot of artists on our label play toy instruments. And so six or seven years ago we created the Music for Toys festival dedicated to musicians who use toys in their music. We have organized the festival in Paris. We do it every year, although we've been busy with the Indie Guides so we haven’t done it yet this year yet, but we're hoping to.

Okay, that's awesome. What kind of toy instruments?
Melodicas, horns, guitars, drums — pretty much every instrument can be a toy. Me? I'm a toy pianist.