In the season of holiday parties and holiday drinking, we were glad to find a bottle of booze that does double duty. (It makes the night fun and the world better.) Elyx vodka's Tom Roberts tells us about their collaboration with Water for People, a leading water NGO that want to keep the world hydrated.

Tell us about your company.

Elyx is a luxury vodka from the Absolut company. We're small today and pretty new, but we have big aspirations: We want to shake up our industry and put purpose into a category where people might least expect it. We are a vodka made with integrity, handcrafted and sourced from a single estate in southern Sweden. We're a vodka that aims to act with integrity as well through our mission to help solve the world water crisis.

Why the world water crisis?

Last year, the World Economic Forum identified the water crisis as the single greatest challenge facing the planet for the next ten years. More than 1.8 billion people lack access to safe water. And when you break it down, vodka is more than 50 percent water. It's in our DNA. We wanted to be part of the solution and, in our success, not just fill our own glasses but also help fill the glasses of others with the most important drink in the world.

What did you do before this?

Before working with Elyx, I was COO for an amazing startup from Pernod Ricard called Our/Vodka, a vodka produced and sold in micro-distilleries by local entrepreneurs in cities all over the world. In my time there, I helped set up our first US distillery in Detroit. It was an amazing experience. I loved Detroit and am proud to see the distillery open and run by a team of really inspiring women from the city. 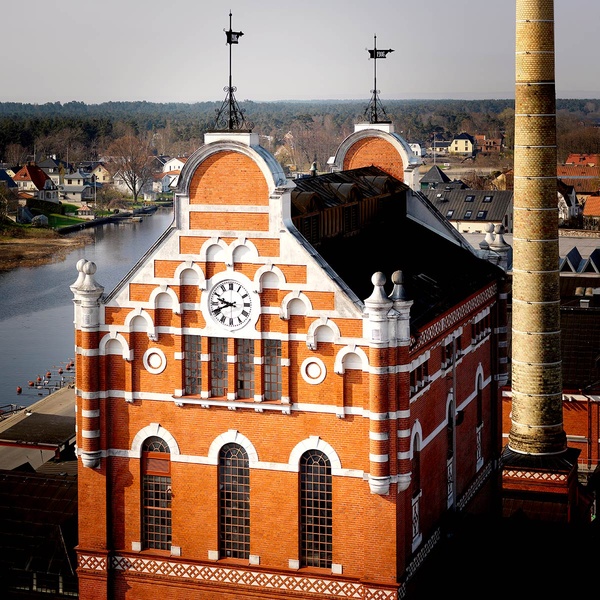 The distillery in Ahus, Sweden. Photo courtesy of Absolut Vodka.

Who benefits from your work?

Aside from the discerning customers who get to taste our delicious vodka, we're also helping one of the most respected water NGOs in the world, Water for People. They operate in nine countries, including Peru, which we visited with them, and are on a mission to bring safe water and sanitation to four million people. Through our five-year partnership, we're aiming to provide 100,000 people with access to safe water for generations to come.

Did you have any connection to Peru?

I hadn't traveled to Peru before our trip and had no connection there. The team at Water For People led us there. They wanted to show us their Everyone Forever mission in action, which aims to reach all people with sustainable water solutions, and other initiatives that they are working on.

What's challenging about working with Water For People?

Working with Water For People is easy. They're amazing people, and our two companies share very similar values. The challenge is communicating the sincerity of the partnership outside our two companies. The liquor industry is more known for its excess and superficiality than for its integrity and purpose. We want to change that.

Tell us about a lost-in-translation moment.

Not sure if it's a lost in translation thing, but the region we traveled to, Cascas, has a a few local pisco distilleries. We visited one of them and took some Elyx to trade. I don't think they often come across vodka, so we had to explain that it was "Swedish pisco," after which they seemed very comforted. The proof is in tasting though. I'd humbly say we performed well — and were also very impressed with their Peruvian vodka.

Oh, and the deputy mayor of Cascas invited us to be judges in the town's beauty contest. Sadly, we had to leave the day before the competition started. Perhaps next year.

The local pisco and talking to people. They are some of the warmest and most welcoming folk I've ever encountered on my travels.

Share a favorite moment from one of your WFP trips.

The most amazing moment was meeting a community that Water For People had helped to connect to safe water. Seeing how proud the people were of the infrastructure and how Water For People had allowed them to independently maintain and operate everything was remarkable. It was that "teach someone to fish" principle in action.

And the impact on their lives was enormous: They went from living a harsh substance lifestyle to being able to grow and sell grapes, make their own wine, and live healthy, happy lives. They had everything they needed and seemed happier than many of the people I come across on the New York subway. 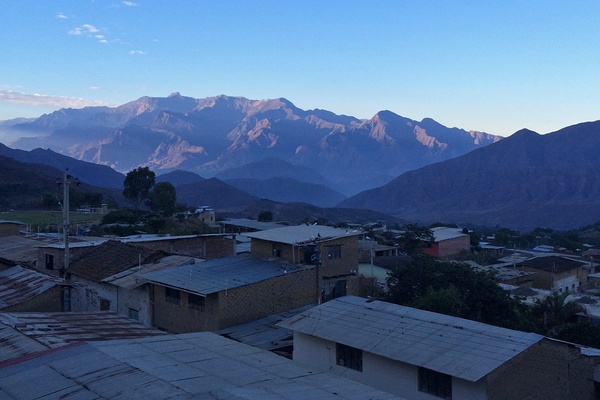 A view of Cascas, Peru. Photo by Tom Roberts. 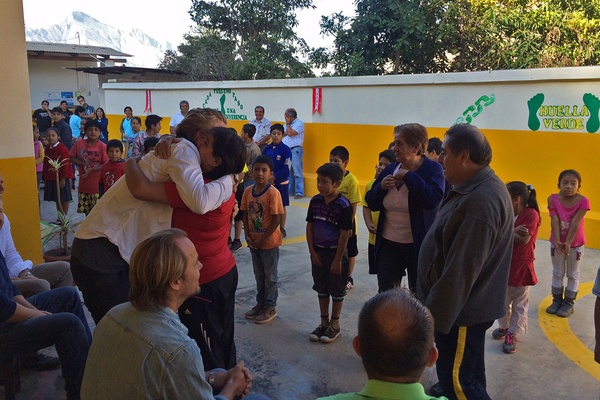 The Elyx team meets a community in Cascas, Peru.

Has this changed the way you think about charity and helping others?

My whole perception of partnerships between brands and causes has been transformed over the past year. We spent a lot of time talking to experts in the space and the team from Water For People. One of the biggest realizations for me was that the value we can bring goes far beyond our financial contribution to the charity. Equally valuable is our ability to use marketing and our voice to raise awareness for both Water For People and the global water crisis.

What's your advice for entrepreneurs who want their businesses to have an aspect of global giving?

Do it with passion and make it a natural and sustainable part of your business. One-off contributions help, but a long-term commitment is mutually beneficial for both parties. 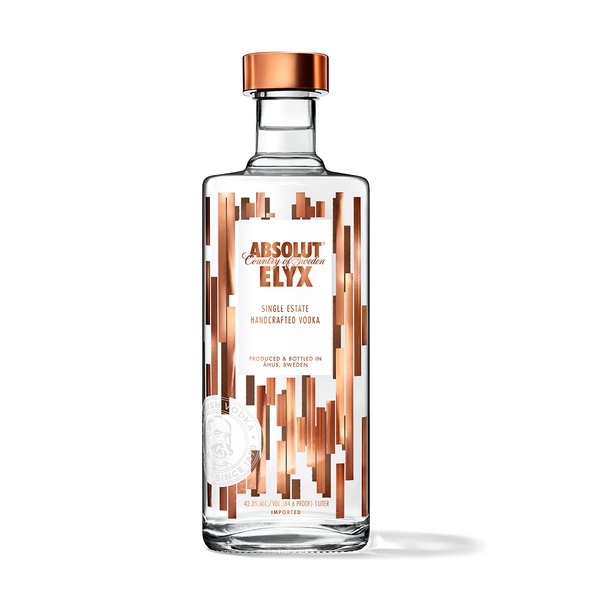 Where do you want the company to be in five years?

Of course I want Absolut Elyx to be the number one selling luxury vodka in the US, but beyond that I want us to prove that there is a place for purpose and giving within the liquor industry. And I would love to see more brands starting similar initiatives.

Where are you traveling next?

Next week, I'm stopping off in Iceland on my way to Sweden, our home turf. It's a country I've wanted to visit for a long time, and, after many months of hard work, it'll be good to get out into the wilderness again.