Fathom's Daniel Schwartz drove north from Brooklyn to Sullivan County, New York, to participate in an ice fishing derby and found that most of the participants were just like him — people from downstate who were pleasantly surprised that they didn't have to travel to Vermont to drop a line.

NEW YORK – Test the ice, drill the hole, set the bait, drop the line, wait for the bite. Eventually, the red flag on the x-shaped holster holding the rod above water will spring into the air, signaling cause to celebrate — there's a fish on the other end of the line. That can take hours, if it ever happens, but to those who remembered their layers, there's no real rush when hanging on a frozen lake with good beer and great friends to drink it with.

That's exactly what happens every February at The Arnold House in Livingston Manor, New York, where an ice fishing derby draws city folk to the Catskills for a weekend of cozy country living, farm-to-table cooking, and friendly competition. The Saturday afternoon event usually takes place nearby on Shandelee Lake, but this year's unusually warm weather meant it happened on Sand Pond, the only body of water in the area with adequate ice cover.

On paper, it's a tournament: Winner gets a cocktail named after them at the hotel bar. But unlike the ice fishermen of greater New York, few here have their eyes on the prize alone. They're looking forward to the barn party happening back at the hotel. This year, local oysters, cocktails poured with spirits from Roscoe-based Prohibition Distillery, and s'mores made over open flames were welcome rewards for battling the elements.

Sounds like the perfect way to spend a winter weekend in Saskatchewan, but two hours north of New York City? I'm a frequent visitor to the Catskills and never heard of any New Yorker escaping the city to go ice fishing, so I was surprised to find out that this weekend is always the hotel's busiest. But Sullivan County local Sims Foster, co-owner of the Arnold House, was equally surprised when he first ran the event in 2015.

So who comes to a thing like this? Couples from Brooklyn, families eager to try out the sport, and transplants from parts of the country where ice fishing is a big part of bearing through winter. Above all, they're people looking to disconnect from the hustle and bustle and tap into a different pace of life. Given the tornado warning that cut this year's party short, forcing everyone off their useless phones and into conversation by the fireplace inside the Arnold House, I'd say we all got what we came for. 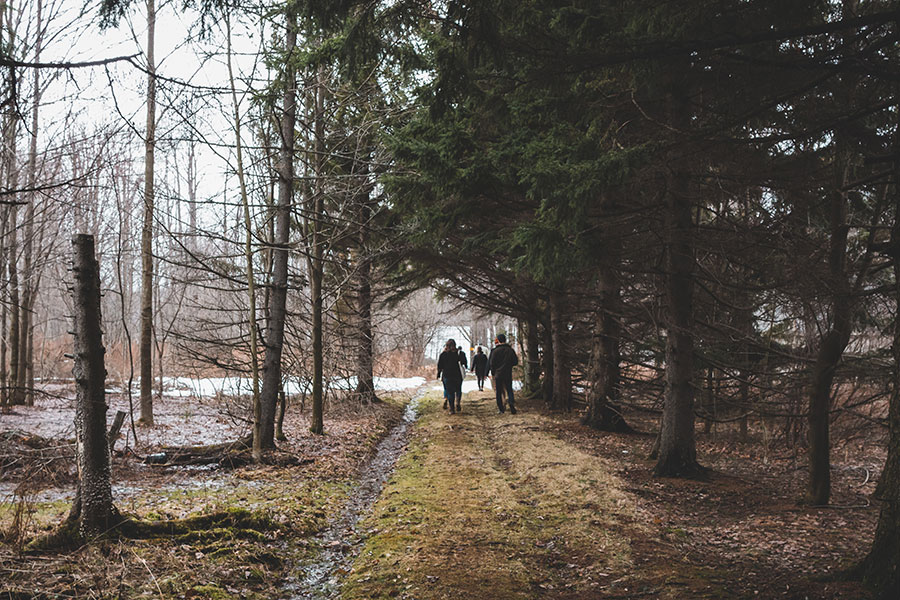 The approach to Sand Pond. 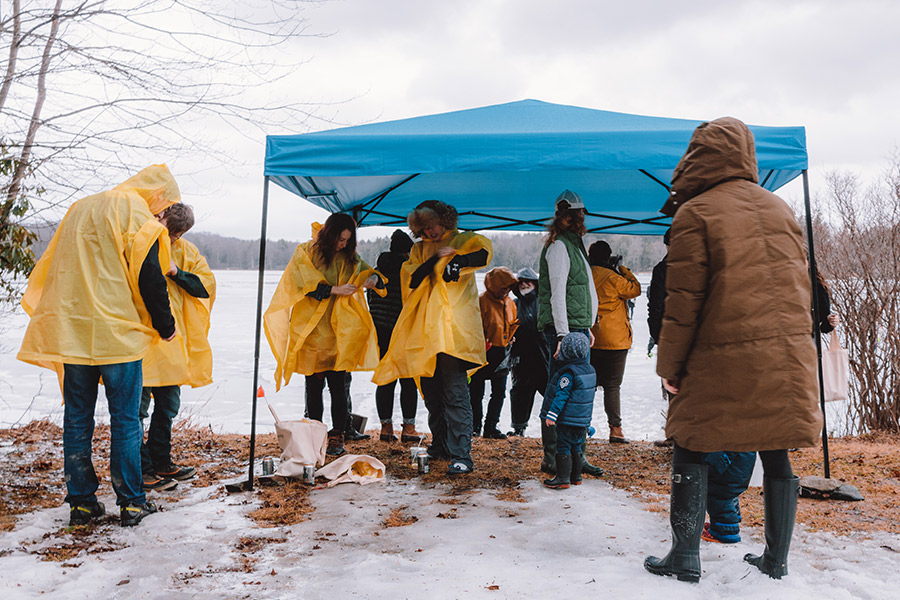 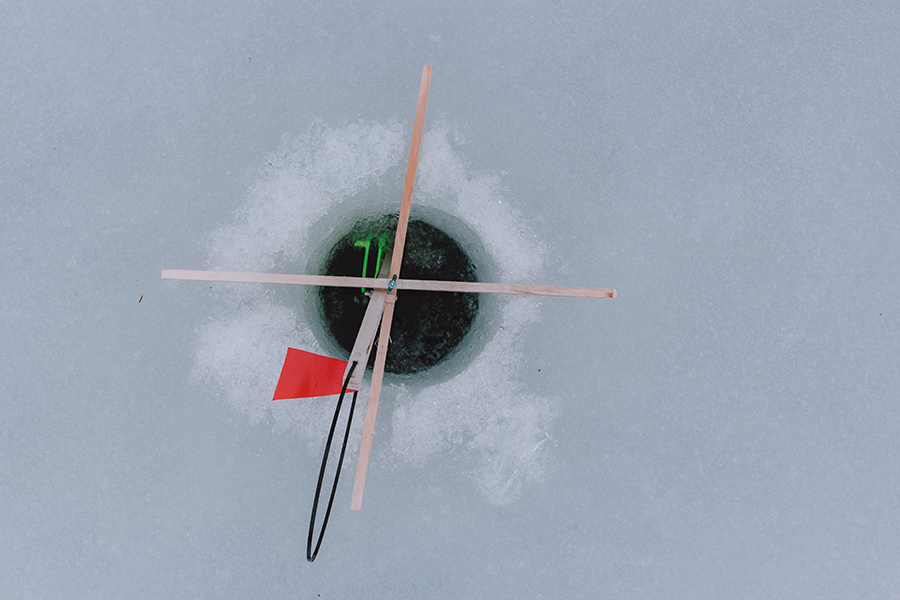 The mechanics of a tip-up. 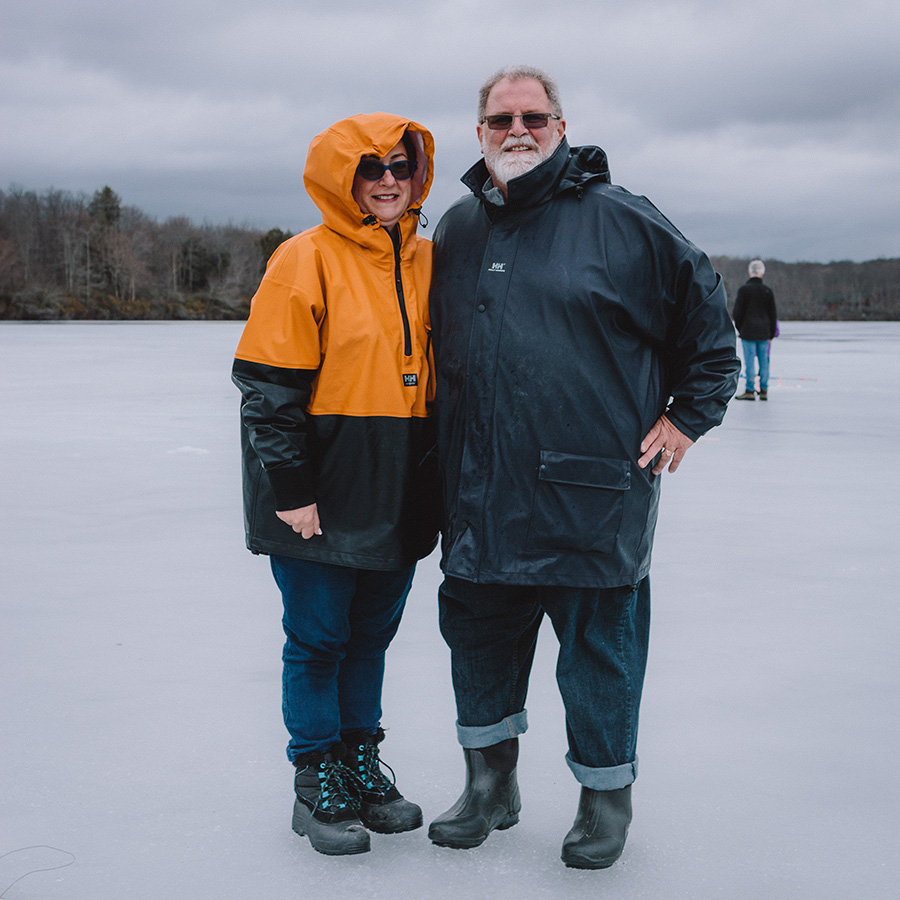 Not their first rodeo. 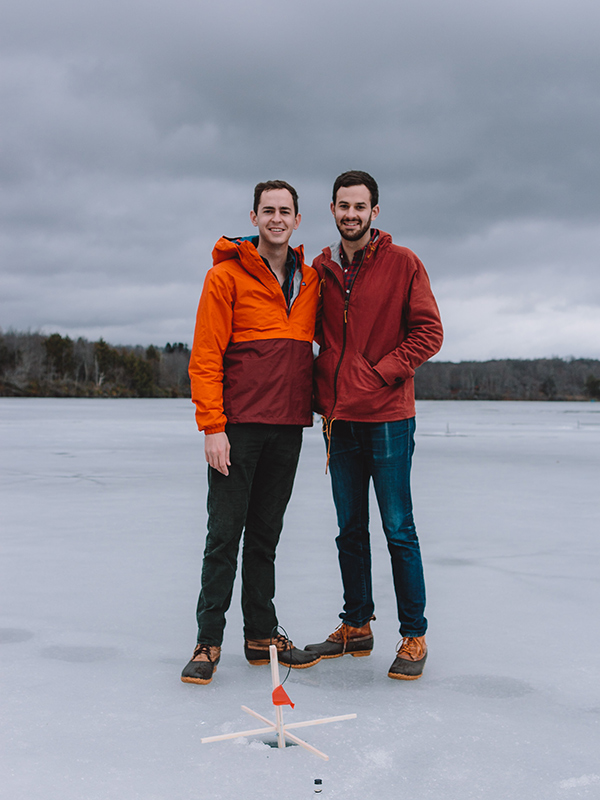 Patiently waiting for a bite. 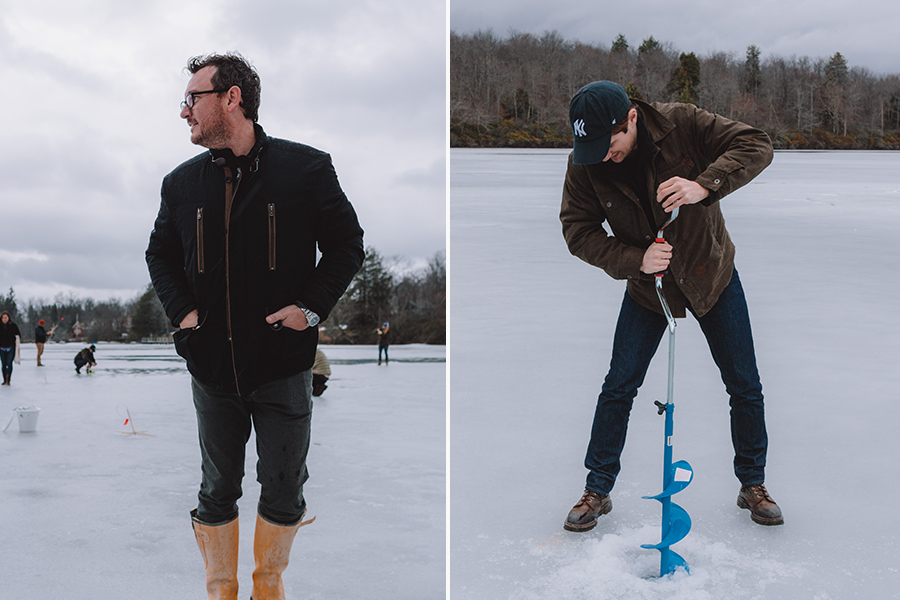 Sims Foster (left) and an auger (right) in action. 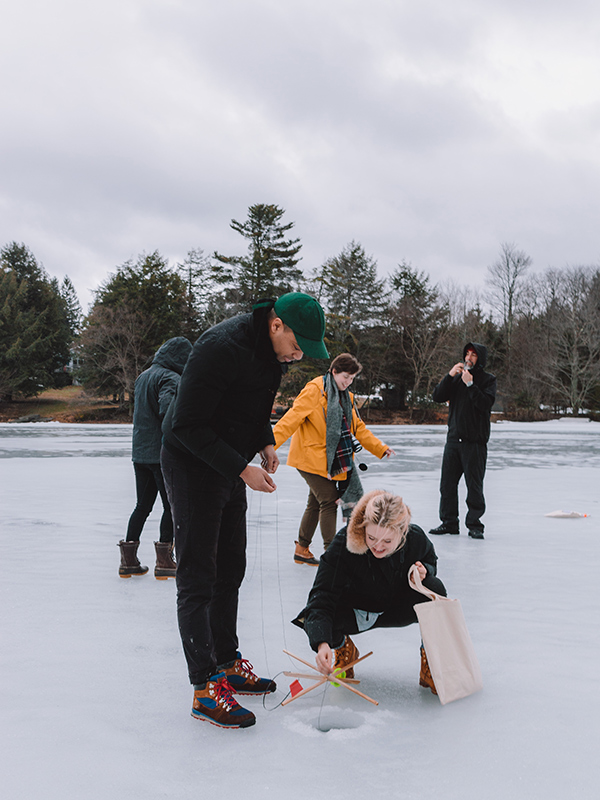 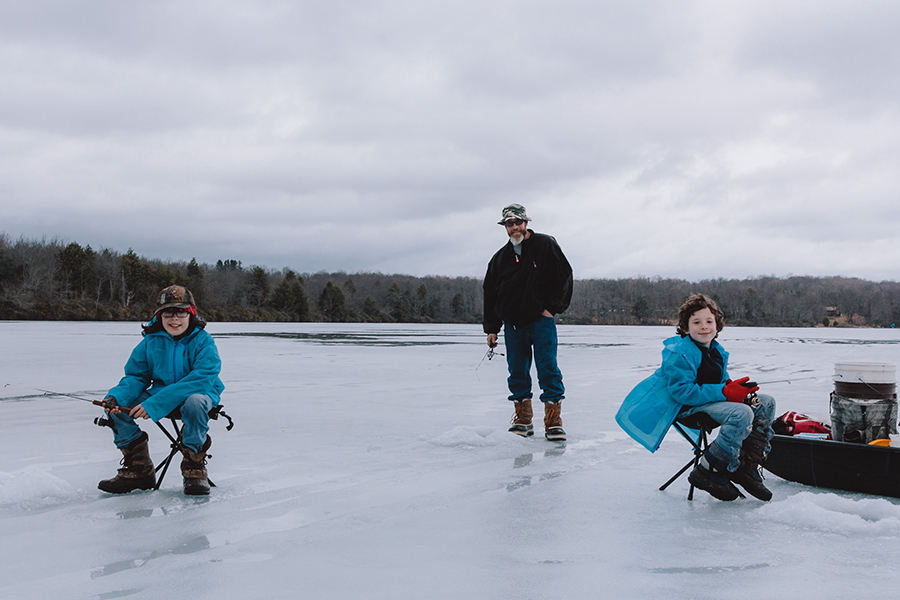 A family from Livingston Manor, by way of Brooklyn. 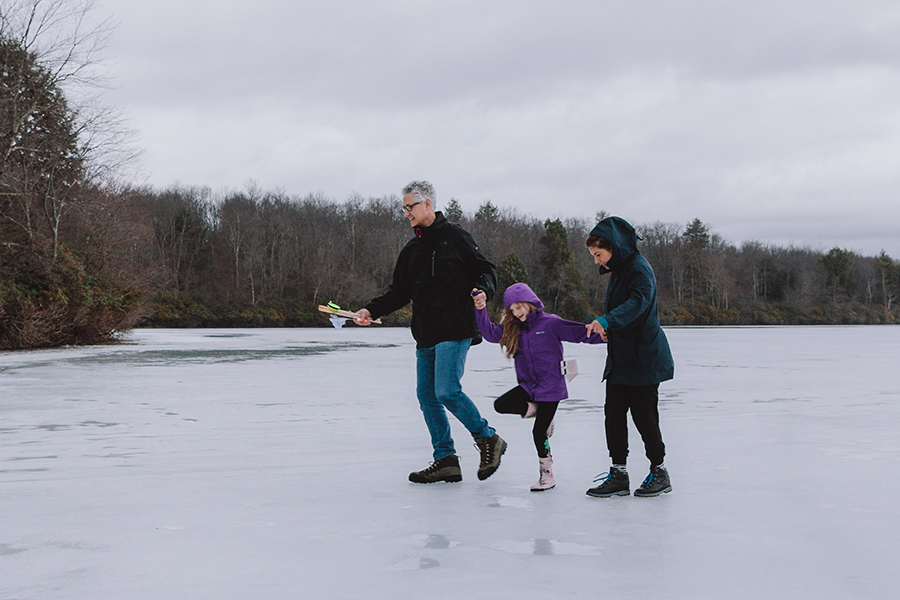 No fish, no problem. 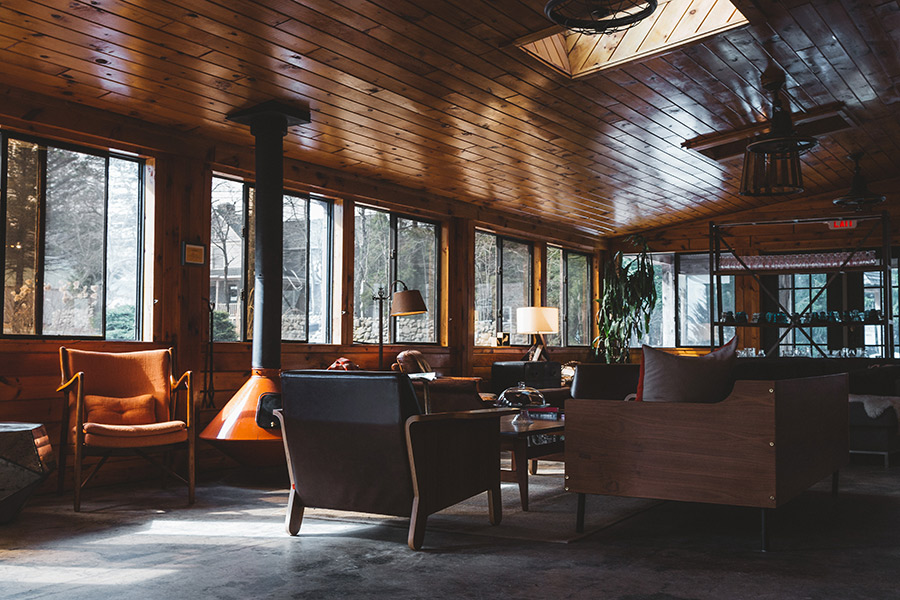 After the tornado, the party continued at The Arnold House. 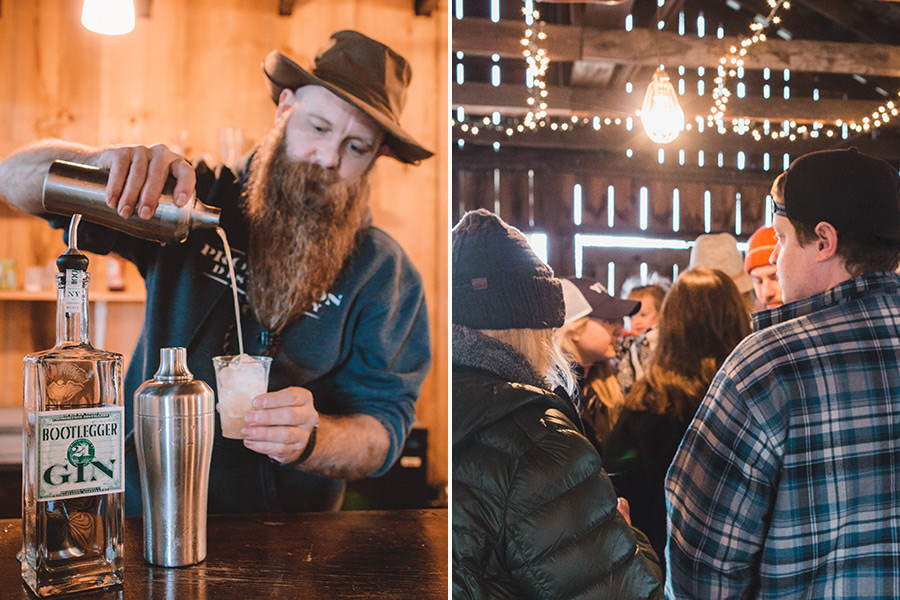 The line for the local gin. 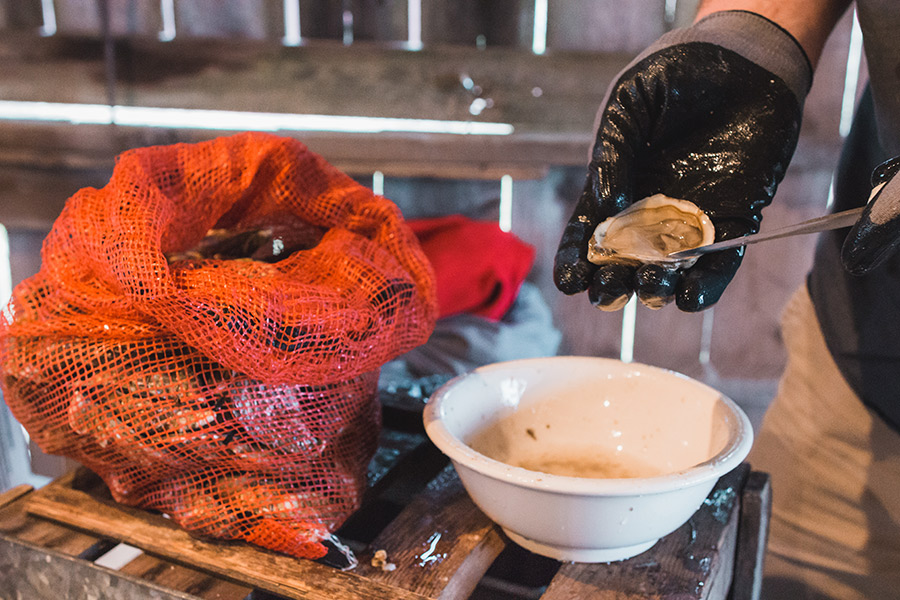 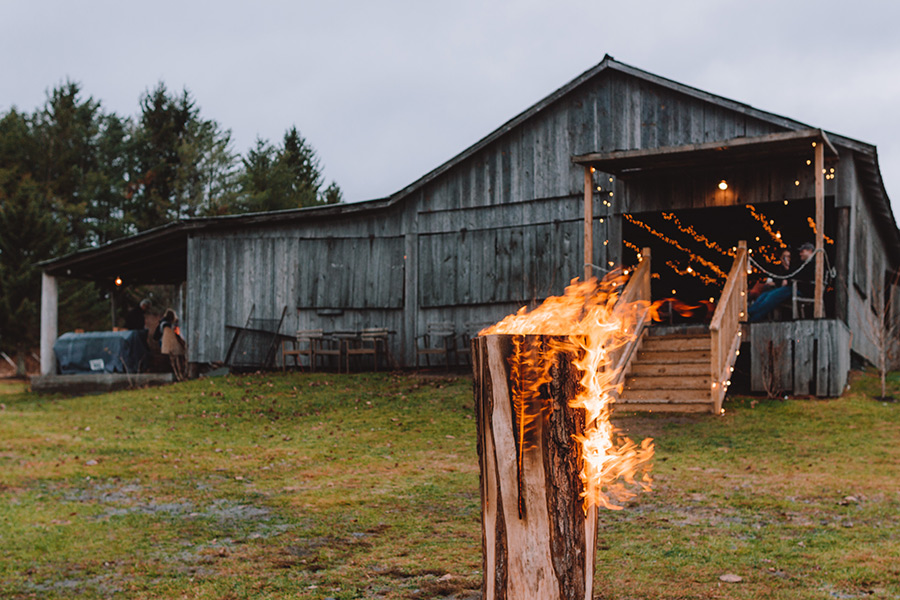 The barn out back from The Arnold House. 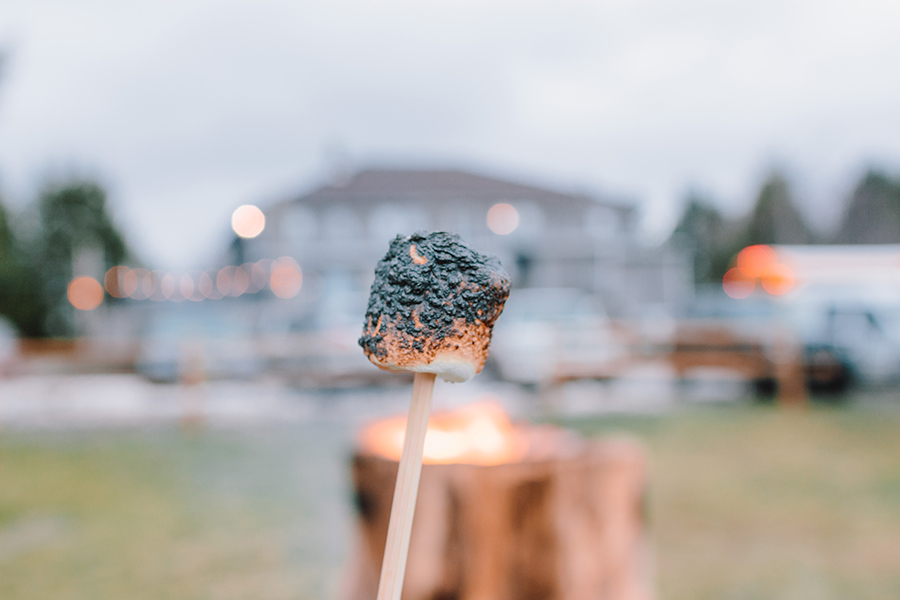 Better luck next time. (Editor's note: I still ate it.)

Ice fishing expeditions can be arranged for anyone staying at The Arnold House and its sister properties, North Branch Inn and Nine River Road, weather permitting. February's ice fishing derby is available only to those who book a weekend package at one of the hotels, which include a two-night stay with breakfast, a welcome dinner, and an ice fishing kit. This year, rates started at $749. Space fills up quickly, so book as far in advance as possible. Click here for reservations.