In our continued spotlight on Paris this week, we're checking into a a five-star just off the Champs-Elysées for a dose of cinematic, old-school style.

Hôtel Fouquet's has been home to many French celebrities over the years and has a long-standing connection to the world of French cinema. Fouquet's, founded in 1898, is the setting for the afterparty for the César awards and a dinner for Cannes Film Festival winners — and where Nicolas Sarkozy celebrated his presidential victory in 2007. 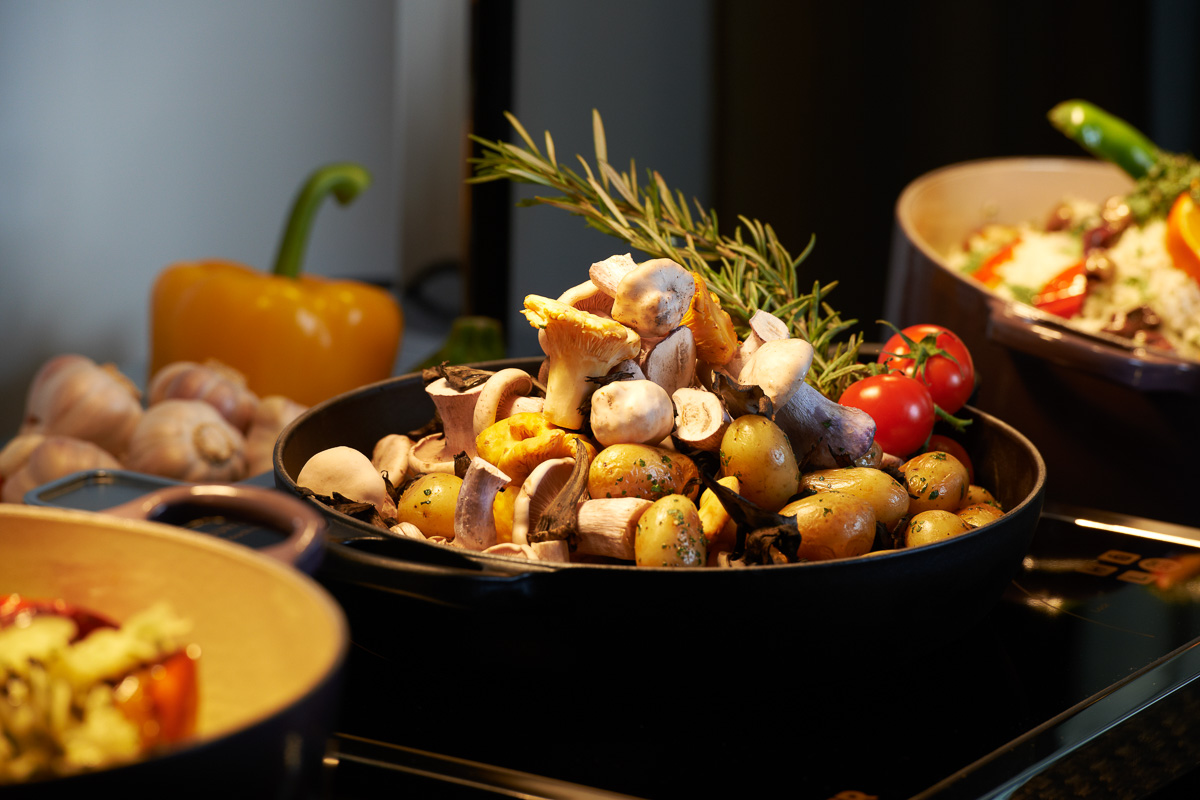 A meal in progress at Fouquet's.

In addition to the restaurants, the hotel has an 8,600 square-foot U-Spa that offers Shiseido treatments, a great hot tub complex, a lounge, and fitness activities like underwater biking. I was given personal biking instruction by a young coach and improved my physique and my French. I treated myself to a soothing massage and spent half a day unwinding in this private space, enjoying tea and reading quietly. This is one of the better hotel spas in Paris.

I had a terrific rump steak dinner with French fries and spinach at Fouquet's. Breakfast was served in my bedroom overlooking the Champs — a full English breakfast with fine teas. The spa serves healthy snacks and teas. The upscale dining treat, of course, is Le Diane. The brasserie has great old-school French flair, dotted with old film images and seductive red decor galore. 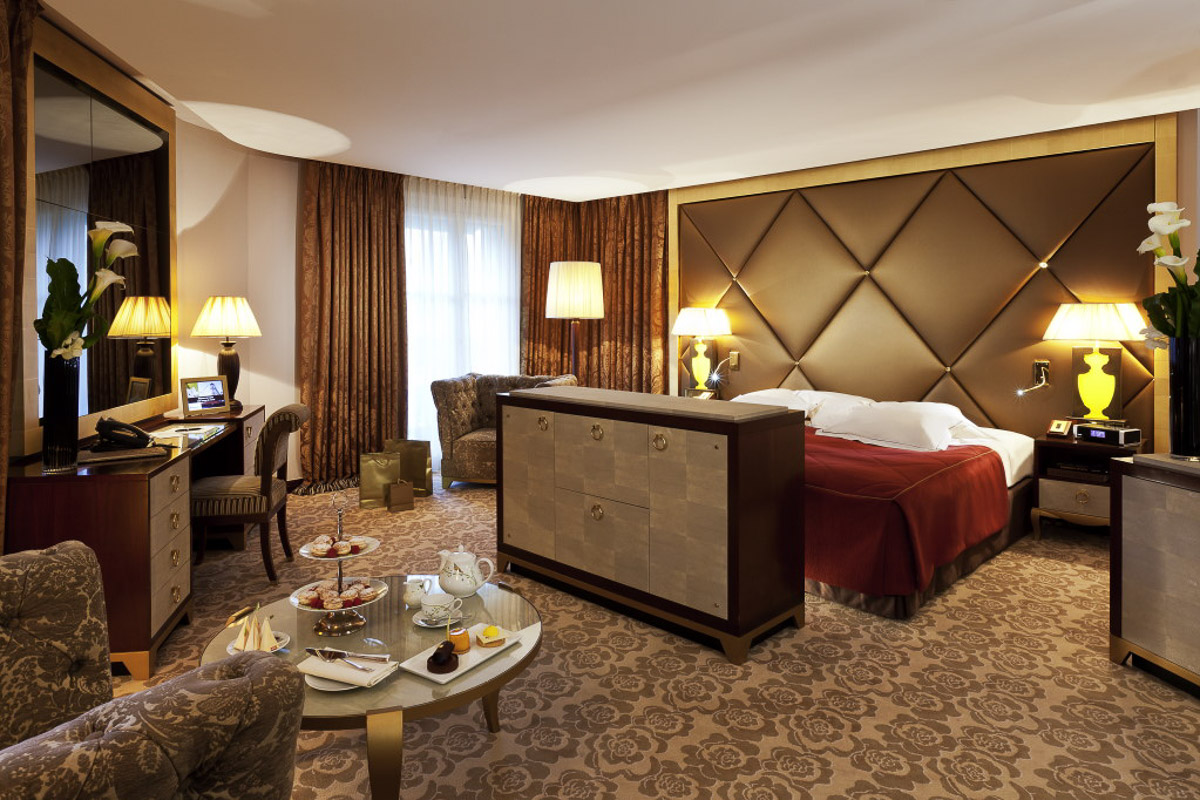 My large suite had one of the most comfortable beds I have ever slept in, a great sofa and armchair, an enormous television, a fine selection of complimentary teas, and a big bathroom. The style is old-world but charming.

Those who love traditional style, great service, and a warm pool in the lively, luxurious corner of Paris.

Anyone on a budget. And those prefer modern styles. 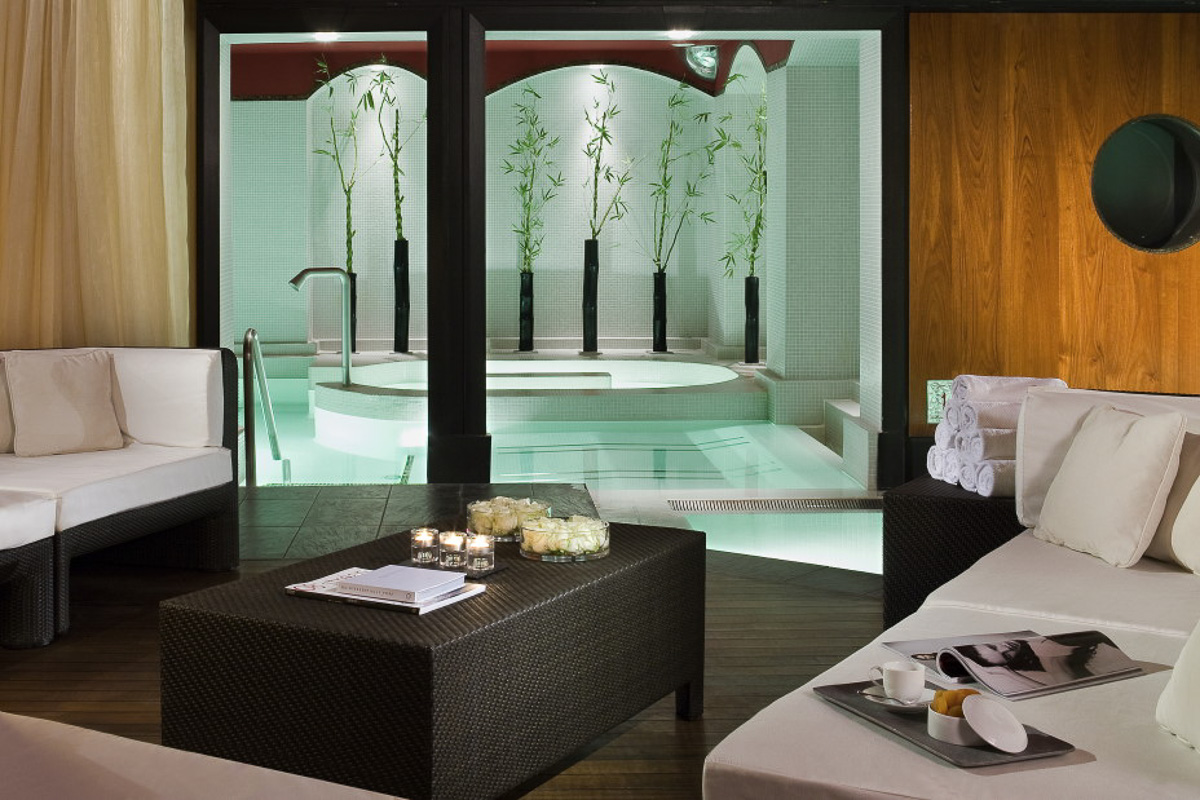 The 8th arrondissement is an upscale neighborhood of high-end boutiques and posh hotels. Grand and slightly overrun with tourists, the quartier still feels very French and residential.

So much. Wander up the Champs to the Arc du Triomphe. Window shop the grand boutiques along Avenue Montaigne. See an exhibit at one of the museums nearby like the Grand Palais, Petite Palais, and Palais de Tokyo.

Rates start at €544 per night. Click here for reservations.

Fathom Paris Guide
And They're Off! The Hottest New Hotel in Paris Is Floating on the Seine
Strolling and Shopping in South Pigalle