Paula de la Cruz strayed from the sand when she last toured Brazil. She started in Rio, where she traded the city's sexy beaches for its lush urban gardens, then explored the architecture in capital city Brasília. She continues her urban explorations in Manaus, an Amazonian city with an industrial past.

MANAUS, Brazil – Manaus was Brazil's first urban center and the second to implement electricity by 1900. The rubber boom from 1879 to 1912 propelled Manaus to the top of Brazilian society, earning it the title "Le Paris des Tropiques." Legend has it that posh ladies sent their dresses to the city of light for washing because the water of the Rio Negro was simply too dark and dirty. Manaus became depressed when the rubber boom ended, but its grandeur still remains.

Although the port city is 900 miles inland on Rio Negro, the opposite bank of the river is so far away that water is all you see. That and the constant unloading of every vegetable the country grows, arriving by boat from southern Brazil.

Bananas, plantains, ladyfinger bananas, and apple bananas are some of the varieties I saw at the vast Adolpho Lisboa City Market in downtown Manaus. The market inaugurated in 1882 is a replica of Les Halles in Paris.

The herb, fish, and meat market across from the fruit market offers an incredible variety, from salted prawns to just-caught tambaqui fish to powdered herbs labeled viagra regional. (I purchased a few creams and aloe leaves from the herbs vendor.) 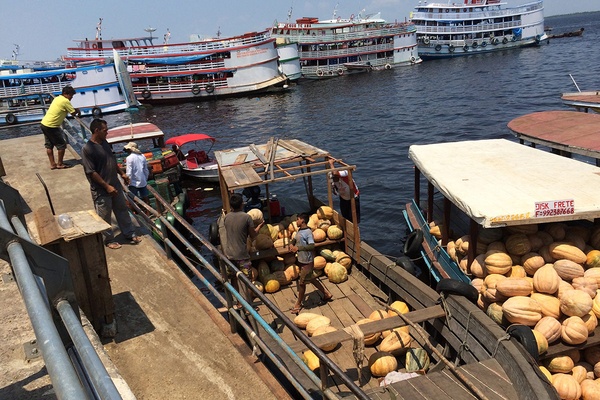 The port of Manaus. All photos by Paula de la Cruz. 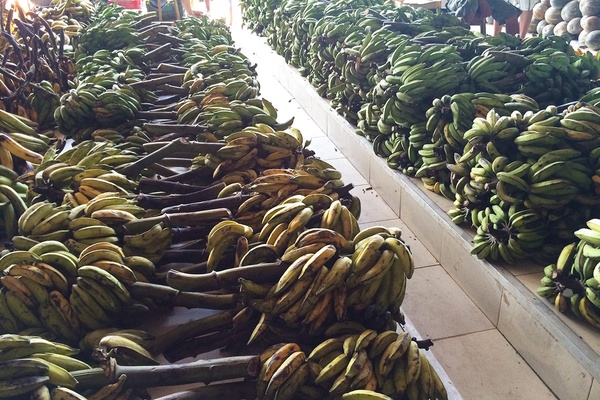 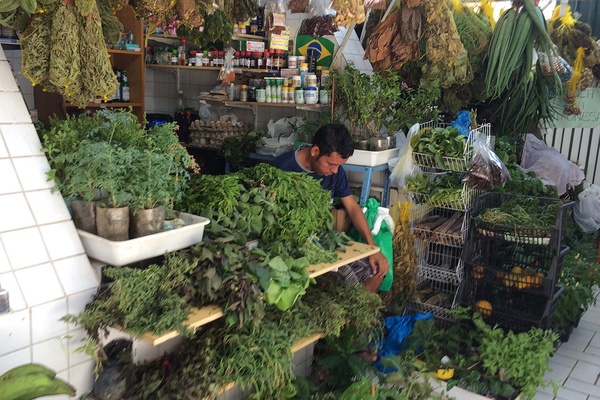 The Amazonas Opera House was built in 1896, during the rubber boom. Manaus was so wealthy and refined, and its new theater reflected its shiny new money.

The ironwork and masonry were imported from Europe, the seats were made with Brazilian wood crafted in Italy, and the building had sophisticated ventilation systems running within. The main curtain was painted in Paris by Crispim do Amaral to represent the meeting of the Amazon and Rio Negro waters. The cobblestones at the entrance and porte-cochère were covered in a thick layer of rubber to muffle the horses' steps, in case guests arrived after performances had begun.

Once the set for the movie The Jungle, Museu do Seringal is an accurate recreation of a rubber plantation. Exhibits show how rubber workers, seringueiros, extracted latex throughout the night, while living in extremely harsh conditions, and how latex was cooked into balls that were sold to farm owners. The ladies of the house were the only ones who bathed in tubs. The men did their grooming on the banks of the river. 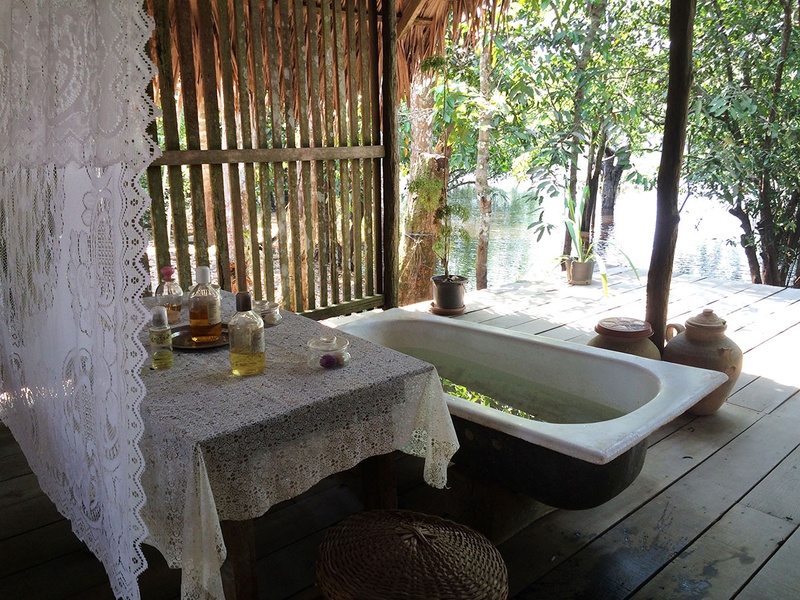 For the ladies at Museu do Seringal.

Novotel Manaus is only a few minutes from the main sites of Manaus. The concierge has great recommendations for day excursions, including boat rides to the meeting of waters, the confluence of the dark Rio Negro and the sandy Amazon River. 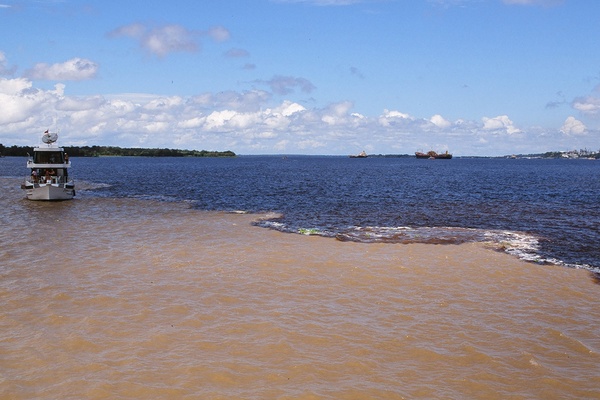 The meeting of waters. Photo by Terry Feuerborn / Flickr.

Get in the headspace of a rubber baron by watching Fitzcarraldo by Werner Herzog.