I left NYC on an air conditioned train that was chilled enough to keep halibut from going bad. I wore a wool cap and aimed for Amagansett, a subset of the Hamptons (and a word I had only recently learned). At each stop, the people left behind seemed a little more chill. There was less seersucker and more board shorts by the time we reached our destination.

My buddy's cottage was halfway between the train station and the beach, about a ten-minute walk. I love getting to know new places under my own power, and walking slowly past the trees and the architecture of Amagansett brings forth a certain longing or yearning with it. To maybe stay here forever. This is a place where the only thing you might rush to do is catch the sunset before it goes away.

And that's what we did soon after, with the clouds an impossible combination of colors. Our evening ended with a benefit and silent art auction in Montauk, where the great music of DJ Big Drop helped hoist chilled-out patrons to their feet. The next day started with cold-pressed carrot juice at Jack's. Author John Pollack read the paper, his book about cork boats for sale on the shelf behind him. American flag boldly hanging. 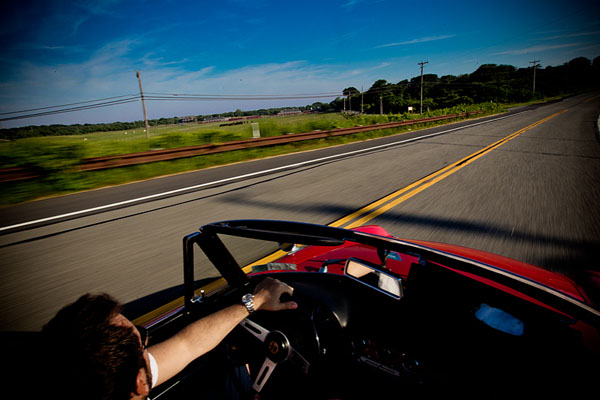 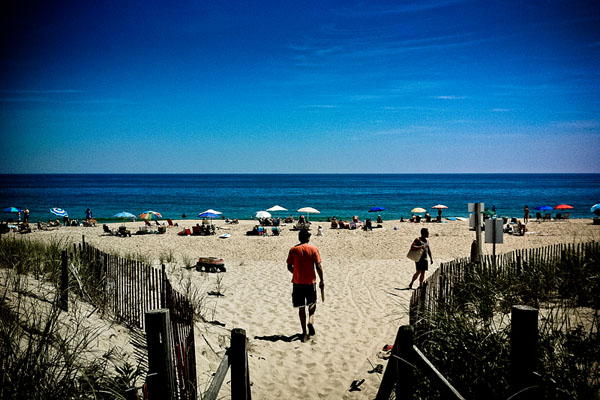 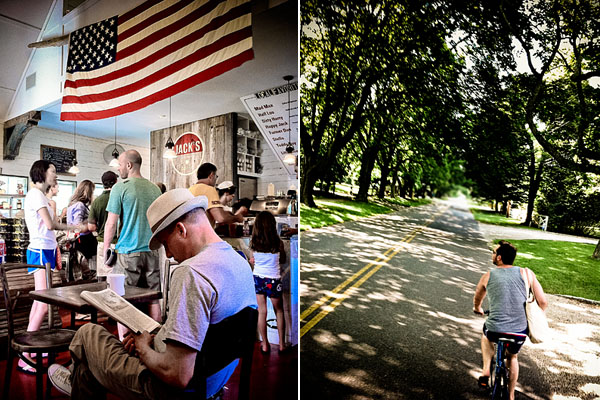 Despite being a veteran of coastal living, the beach surprised me. Not because the water was perfect (it was) and the homes beautiful and quaint (they were), but because everyone was so fit. Despite the stereotype, this was counter to my experience on the west coast. Among little kids running around were ripped dads with six-packs, and moms with butts that defied gravity. I have never seen such a high concentration of athletic citizens anywhere. Not even at triathlons.

We headed to the lighthouse at Montauk that afternoon and drove past the old fish farm and a barge on the bay side which had been converted into an art school. Everything looked so right in this place. Next to the light house was a large Powerbar banner. It was the 16th annual Montauk Point Lighthouse Triathlon. Figures.

We ran into some West Coast friends at an art opening in town and they told us of a massive art show at an airport hangar.  High heels and sandals coexisted in peace, and all that mingling upstaged the art (even a hilarious sculpture of a young Christopher Walken on a swing). 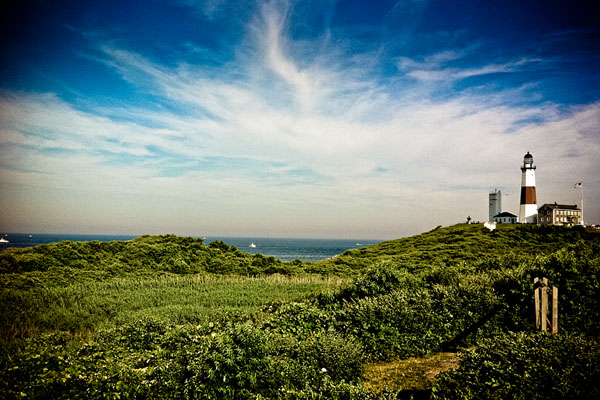 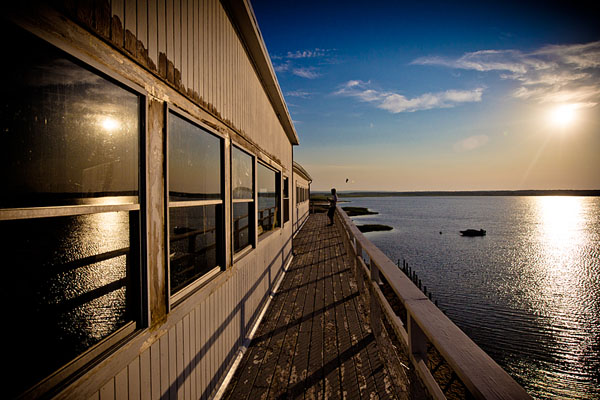 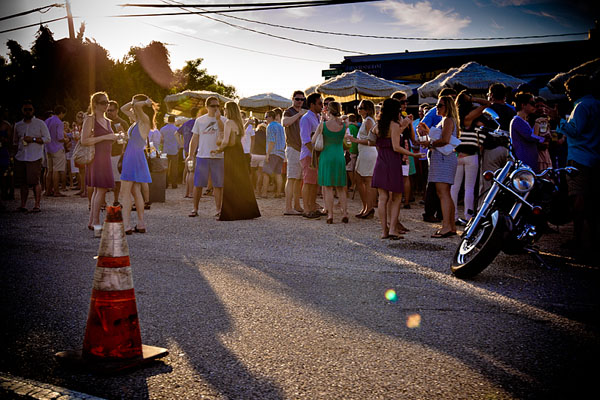 As we drove back towards the NYC the next day, Amagansett's uniqueness became clear to me. Passing through Bridgehampton, the frenzy of tourists and shopping is more obvious. There's less to consume in Amagansett, and I guess much more to experience in a way.

Back on the West Coast, I miss the architecture of Amagansett. I miss what I can only describe as ancient energy. Amagansett feels like it's been there a long time. It's saltier. And 48-hours are simply not enough to get a good taste.