The rows of razor sharp teeth and the bloody reputation are enough to steer most away from great white sharks. But those who have spent time working to protect these magnificent beasts have a different impression. Manchester-based student Mille Vardheim tells us what it was like swimming in a cage mere feet from these creatures, and how she did her part to reverse the stigma that has hurt sharks more than sharks can ever hurt humans.

GANSBAAI, South Africa – At five years old, most girls I knew were into Barbies and princess films; I could care less. Dinosaurs and sharks drew me in. I’ve always been fascinated with great white sharks. My desire to meet them in the wild grew stronger after seeing the giants breaching off South Africa's coast on television during Shark Week.

I signed up to volunteer with Marine Dynamics through a Norwegian travel company. The program included lectures with marine biologists and excursions to South Africa's Shark Alley, Geyser Rock, and Dyer Island.

Each day, I worked on the shark cage diving boat, assisting the crew and clients. The feeling you get when a massive great white appears out of the blue, gliding effortlessly through the water, cannot be described with words. You expect the creature to lunge out of the sea and ravage everything in its path, but what you first encounter is a curious animal attracted only to the seal decoy used to lure it from the depths. Within a split second that calm silhouette can go haywire, breaching the surface of the water to seize the decoy and violently thrash its tail. 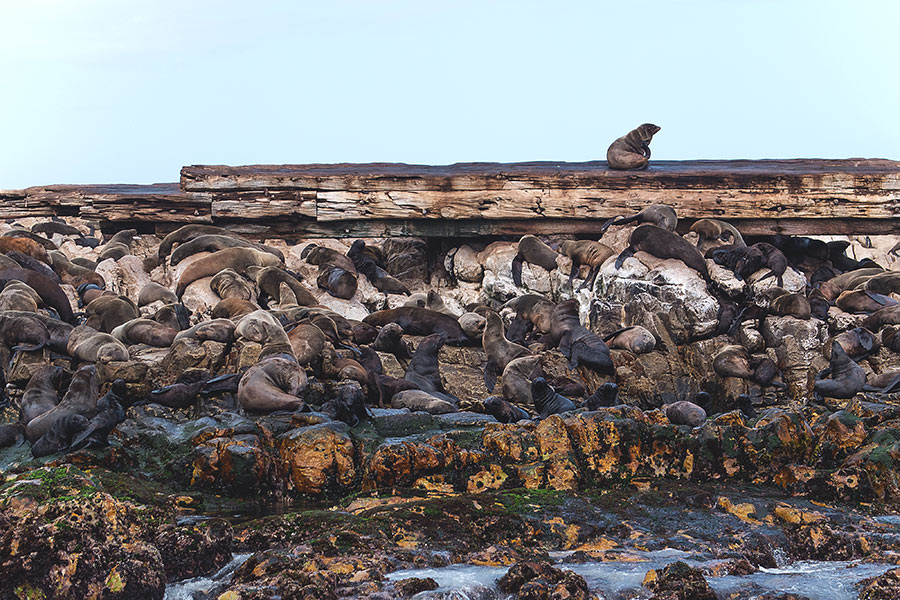 A large group of lazy seals on Dyer Island. 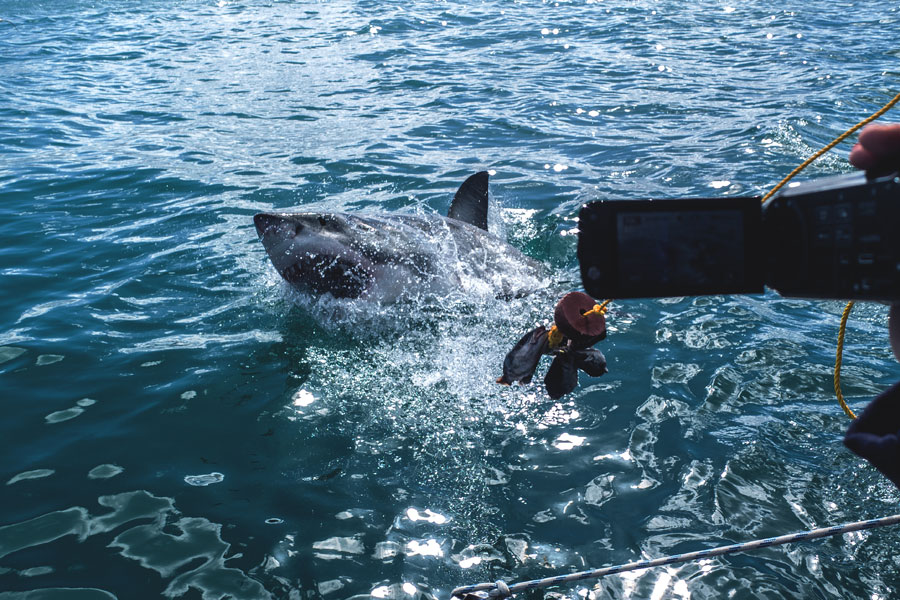 As a volunteer, I had the opportunity to enter the cage and dive with sharks at the end of each day. My first cage dive was a truly amazing experience. My heart pounded rapidly, and my eyes scanned left and right. When the first great white approached, I was in total awe. It was enormous yet graceful. Watching sharks from the safety of the boat’s deck is one thing, but being down below —within arm’s reach — it's surreal.

Part of what made the experience so great was being able share my enthusiasm with others, teaching that sharks are a vital part of the ocean’s ecosystem. It wasn’t just about the thrill of seeing sharks up close for the first time. It was about changing attitudes and replacing fear with respect. I am proud to have been a part of the program and my only regret is that I didn't stay longer. 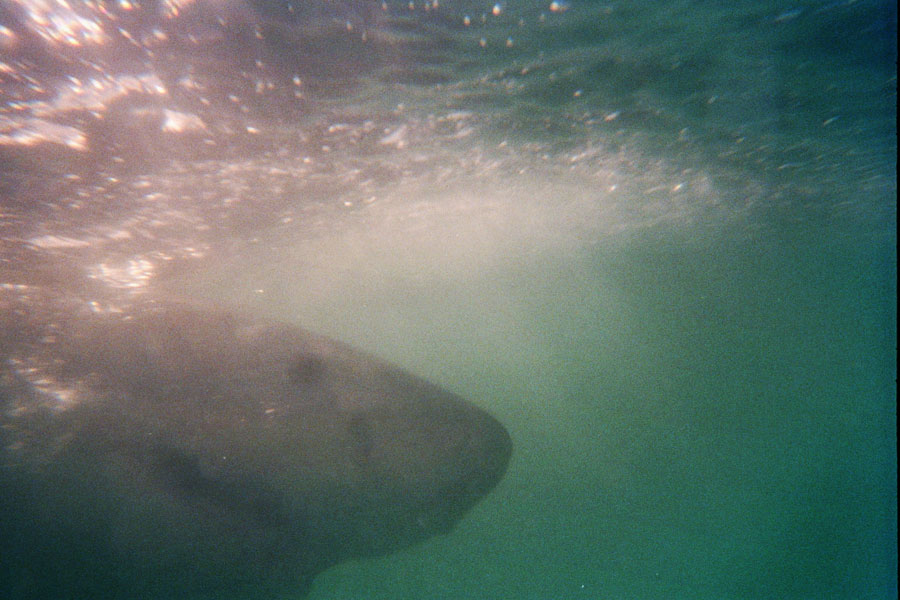 The only underwater photo I managed to snap.

During the whale season, this area fills up with whales and their young calves.

Young seal pups playing in the shallows of Shark Alley. As long as they stay in these waters, they are safe, but great whites are lurking in the deeper areas ahead.

The sharks tended to cruise around, checking out the shiny bottom of the boat.

A shark demonstrating the tail's power by thrashing it about.

There were moments when you could see the brute force and speed of the sharks. Like this one right here.

A great white shark is charging the seal decoy, and giving the cage divers an amazing view.

When the shark caught the decoy, it usually released it straight away, since it is made of wood.

When the weather was cloudy, it was almost impossible to see sharks before they reached the surface.

A small breach in progress.

It's an early morning in Shark Alley, but apparently it wasn't too early for the sharks.

Checking out the cage divers. This shark was also tagged, so scientists can monitor its movement.

From Cape Town, Marine Dynamics Shark Tours charters a special shark shuttle bus that takes you west to their facilities in Gansbaai. If you're also interested in volunteering, you can sign up on their website.